Running 64 bit Ubuntu Studio 14.04, GTX 970 using NVIDIA 352.93 with CUDA 7.5 with an AMD 8 core processor. I've had problems with the computer freezing up during graphically intensive moments, I suspect I am due for a reinstall of Ubuntu.

My blender-related problem is this: I was working on a landscape scene, and the computer crashed, so hard it wouldn't load from the motherboard screen for several resets. I've just gotten the computer to restart, and after navigating back to my blender file, Blender throws me a "File Format is not Supported" error, and instead of a landscape, I have a default cube, with default lighting, and the default BI engine in both the main blender file, and the .blend1. It also seems to have propagated to my Dropbox, so every instance of this file that I am aware of loads just the default cube. I have also attempted to load last autosave--there is nothing in the tmp file, and load last session--Blender tells me that quit.blend does not exist.

I've sunk about a week into this thing, is there any hope of recovering this file?

Can you please try to see 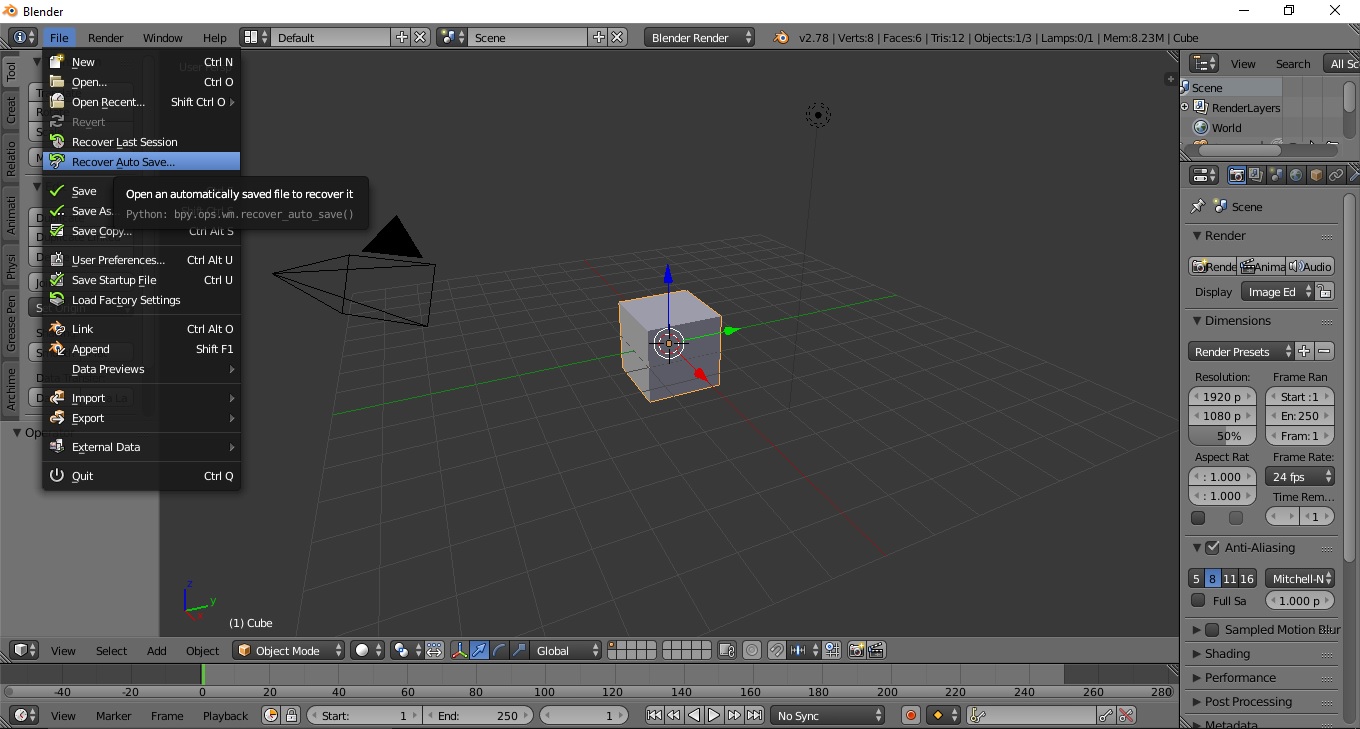 May be listed here for you, Ubuntu may be slightly different. 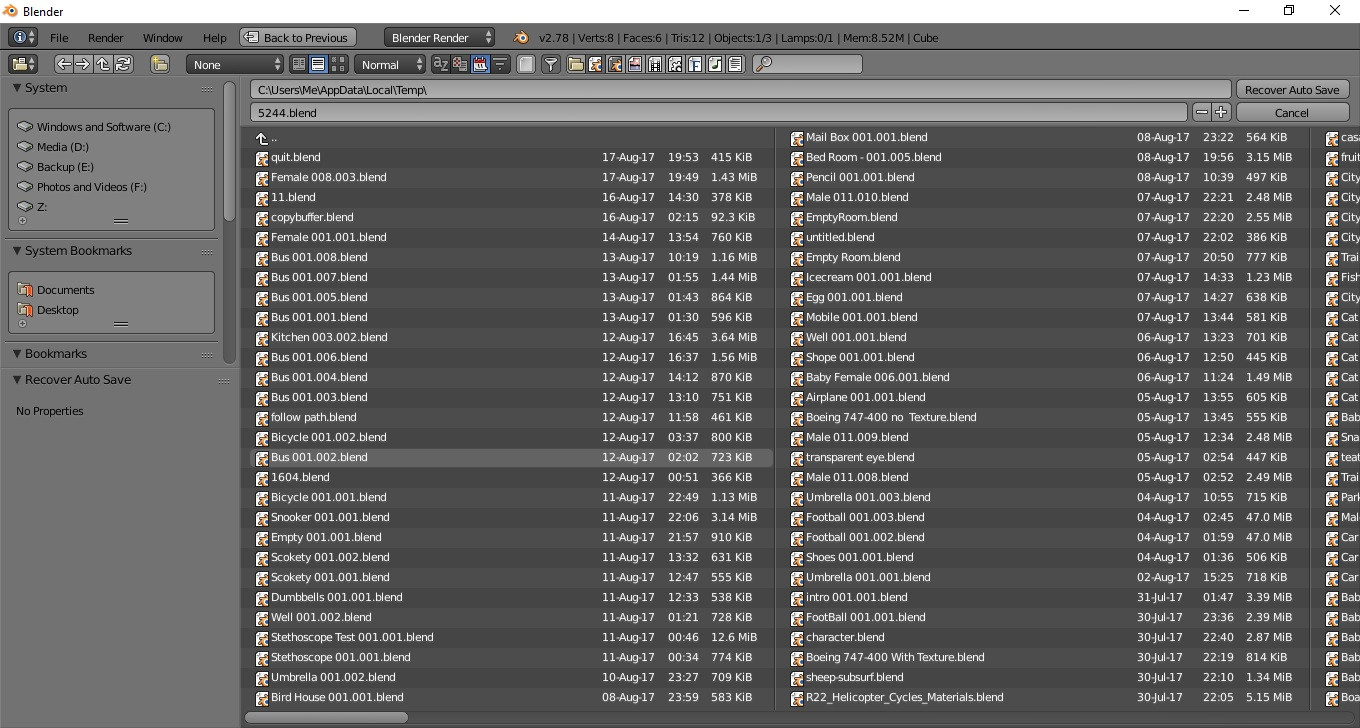 The same thing has happened to me. While I was not able to recover the whole file, in the directory where my model was there was a file called modelname.blend1. This file seemed to have most of the scene, though I still had to repair parts of it.

1
How do I know what objects in a scene are linked? And how do I find their file locations on my computer?