How can I do fog that is denser at the bottom? 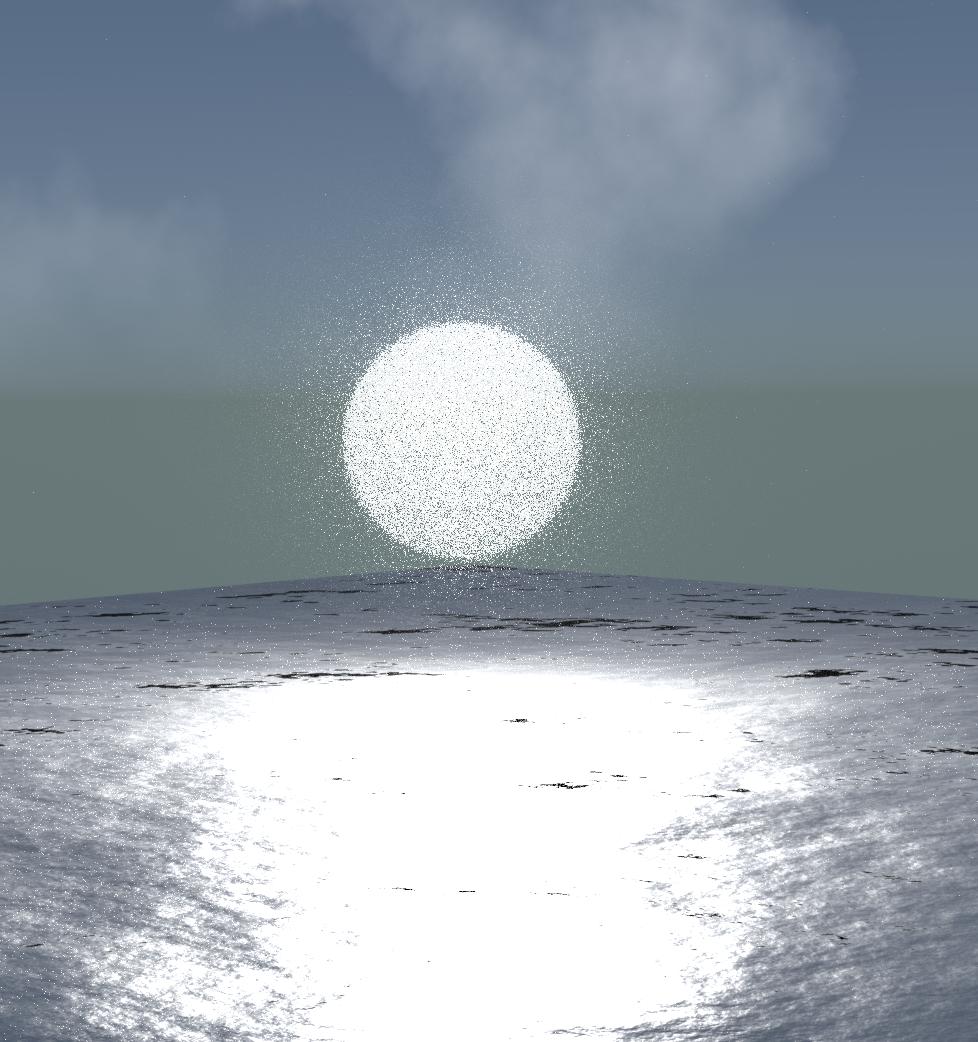 I'm trying to add a fog to a sea scene that wouldn't cover the sky and get denser further down, so I could not see the horizon. 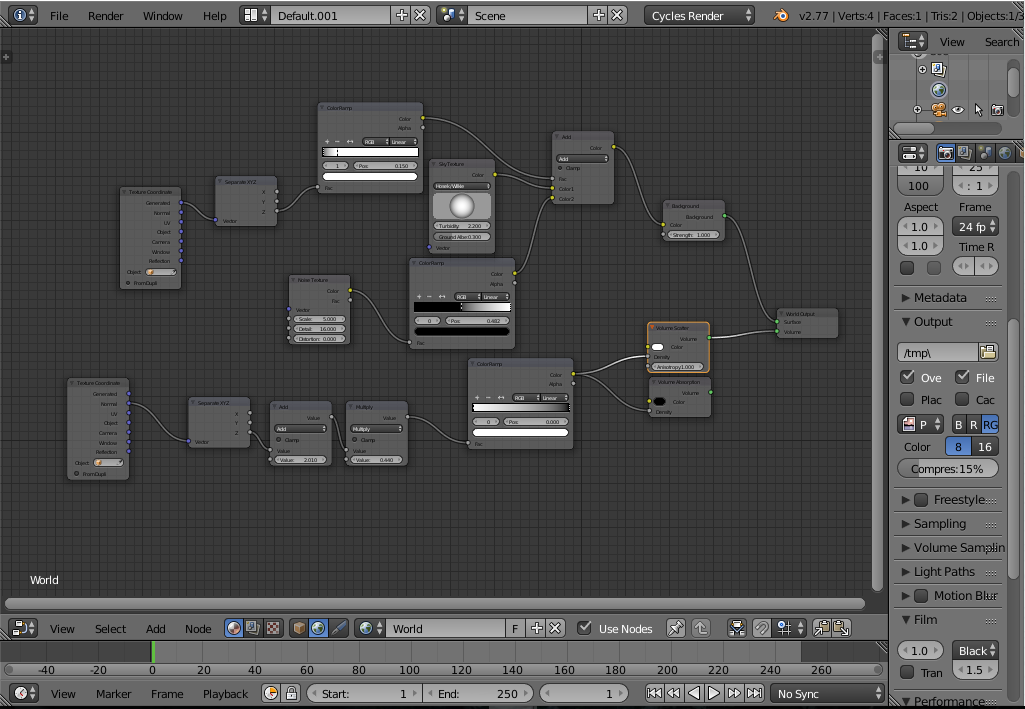 This is a cheat as well as faster render. Place a textured plane in front of the horizon with transparent at the top and sky horizon color at the bottom. Use a linear gradient to alter the Fac value of the Mix Shader.

The simple solution here is to use a volumetric shader of your choice in a smoke generator with dissolve on and slow, then use multiply on the density input into that shader to change how much fog you will get. I quick whipped together an example which isn't of very good quality (using CPU compute on an old CPU to render volumetric effects is super slow) but should get the point across. You can totally change the final look and feel as well by altering the volumetric shader and using something more complex that what I used. 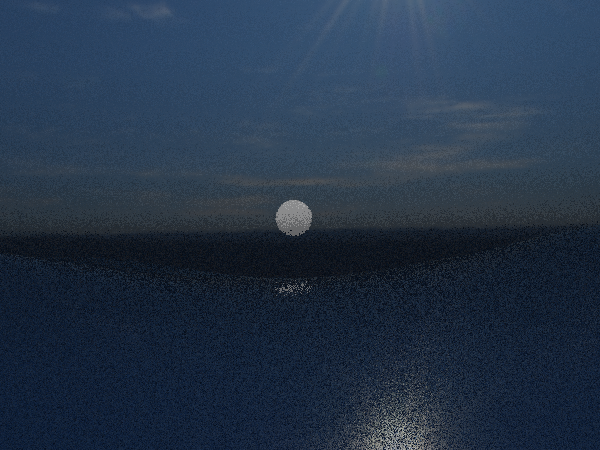 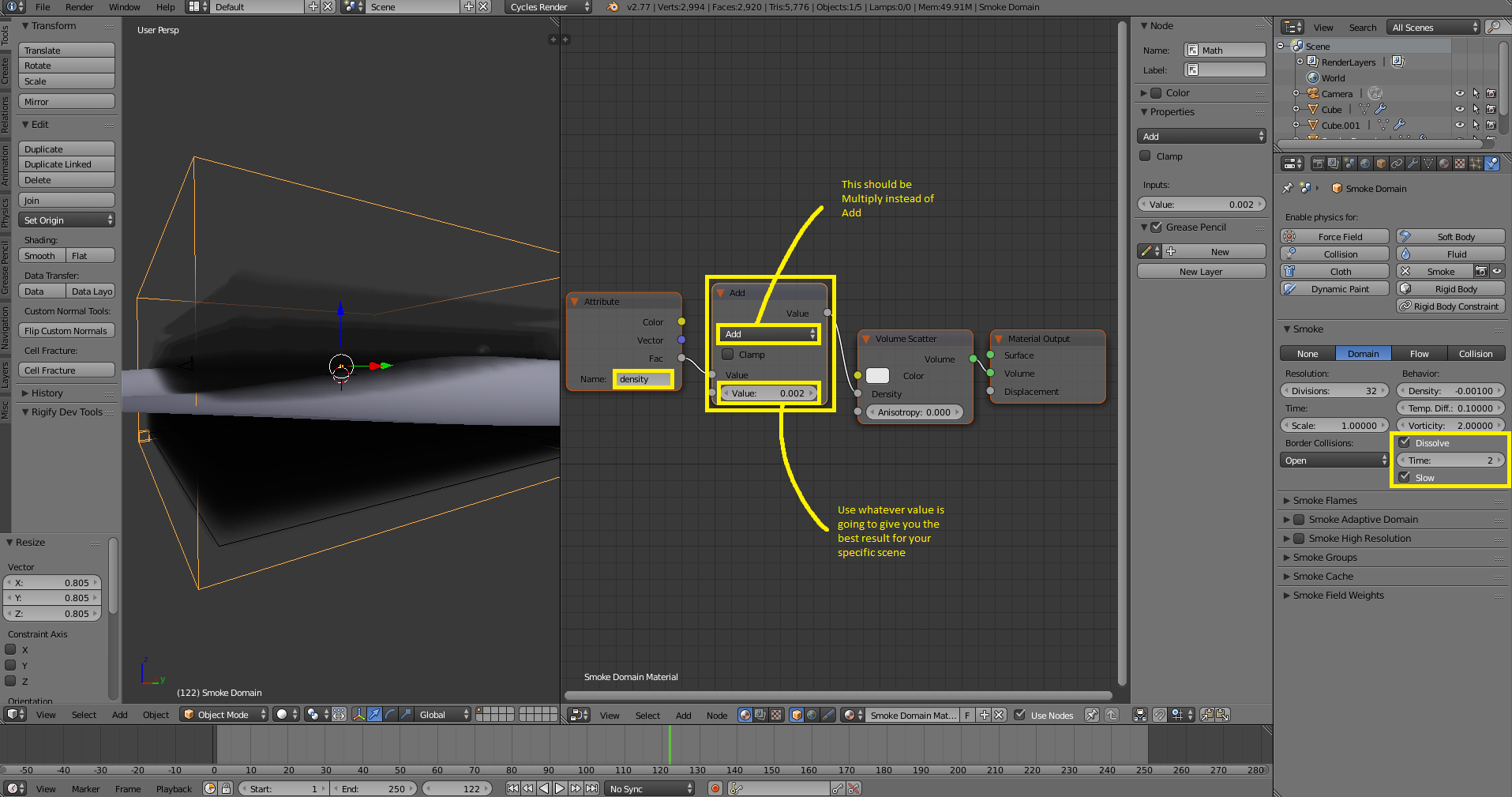 Change exactly how long the "Time" setting is depending on where exactly you put the flow of the fog. In my case I put it below the ocean model, so I set it to 2. Keep in mind though that the shorter the number you put in the time, the smaller the gradation will be between the lowest and highest parts of the fog.

And finally if you've never done much for the smoke simulator before, just remember to use Alt+A to simulate so that your smoke will actually start to rise, and make sure your timeline has an end time around 50 frames out at least to ensure there is enough time for the smoke to react properly.

Not the answer you're looking for? Browse other questions tagged cycles-render-engine materials nodes world or ask your own question.

5
Low lying fog bounding object rendering as solid
5
How would I fade out the edges of a plane, in Cycles?
7
how to make a z-depth AND height pass?
3
Why doesn't an Environment texture appear when the world has a Volume Scatter shader?
2
Rendering Environment pass without Combined pass in Cycles
2
Blending Floor and Background to appear as one

38
How can I create a convincing sea material in Cycles without using the ocean modifier?
0
How do I add a sun to the background without a texture?
2
How can I simulate the atmosphere for an animation of sunrise?
1
Mist ONLY around the horizon (cycles)
1
Help me create fog for my movie
0
How to make fog/ Fog is not showing?
4
How does the sky texture work in 2.9?