Automated way to make “Select interior faces” ignore select faces that are visible to the camera?

Here's my mesh. It has some interior faces (it's made out of merged cubes) that I want to remove. I've highlighted two of them for example: 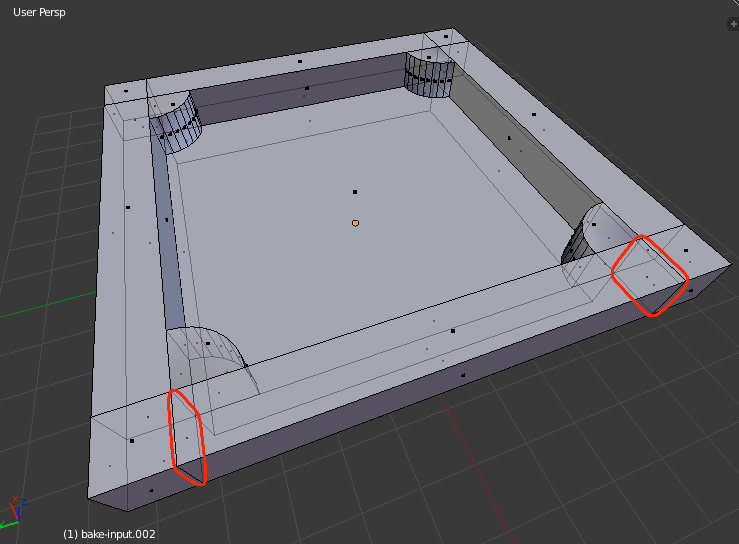 When I run Select Interior Faces, it selects them, but also erroneously selects the large middle face: 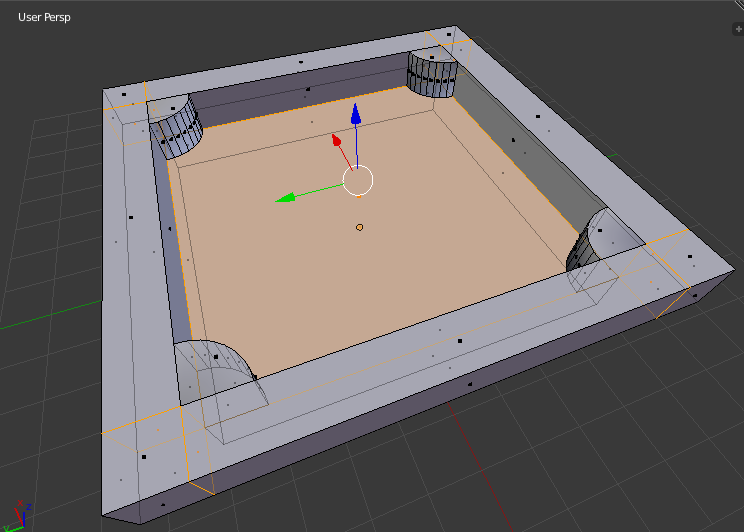 I believe I understand why this is happening, due to the nature of the vertices at the edge of this face and how the "interior" faces algorithm works.

Is there an automatable way using Blender scripting to ignore faces that are visible to the camera, or achieve a result similar to that? I'm writing a Blender script to do some automatic mesh cleanup. Removing interior faces is a required part of the process, but I'm not sure how to achieve it in a script.

Here's the solution I came up with:

This is a bit confusing, so I made two images to show more detail: 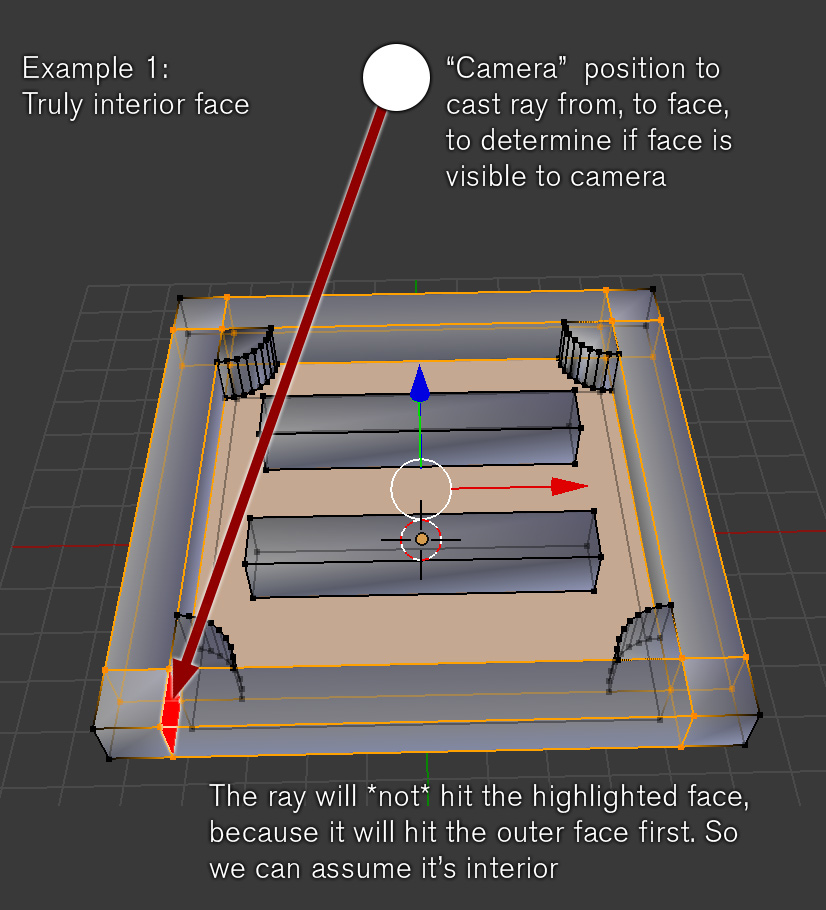 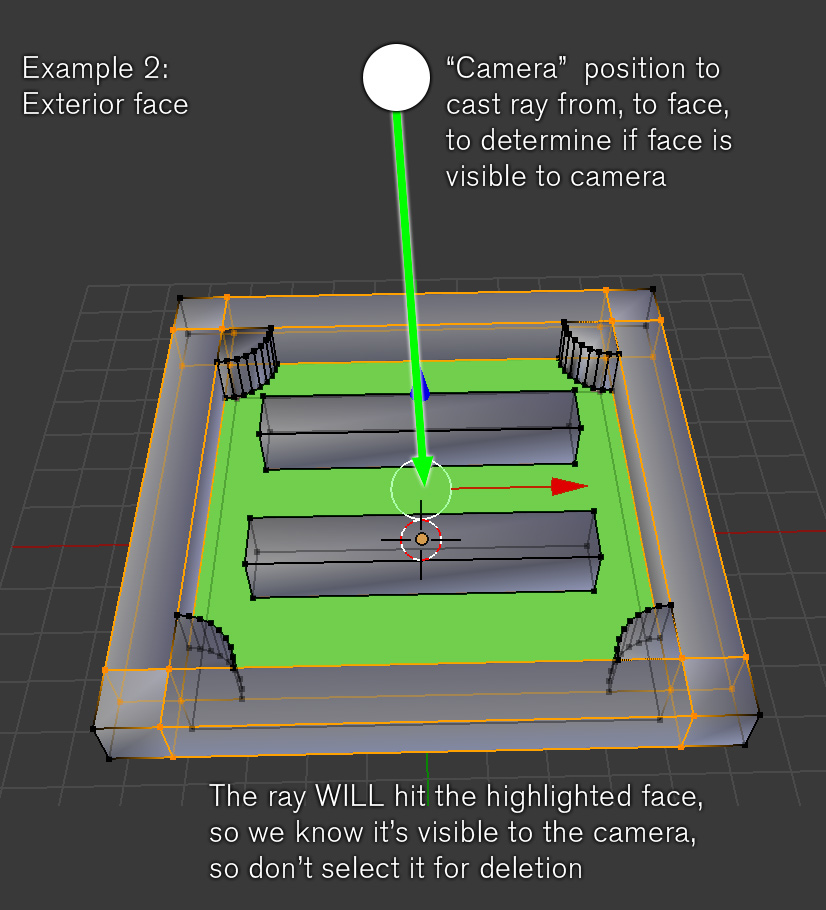 Commented code is below. Please note this is taken from a large file so I might have forgot to declare some variable references. Happy to clarify if anyone has questions in comments.

Not the answer you're looking for? Browse other questions tagged python scripting editing or ask your own question.

5
Why (actually) does it take me so long to make 1000 cubes?
0
How to get Blender to add new face-ids but not recalculate old face-ids?
1
Beveling edges with varying number of segments (preferably programatically)
4
Mesh Bisect Algorithm: How does it actually work?
2
How to split a Mesh with random_selection
1
How to merge all vertices by distance and remove all inner faces?