Simplify mesh by cutting out inside parts

I have a mesh that I created with a particle emitter and it's just a bunch of cubes randomly rotated. Here's a picture: 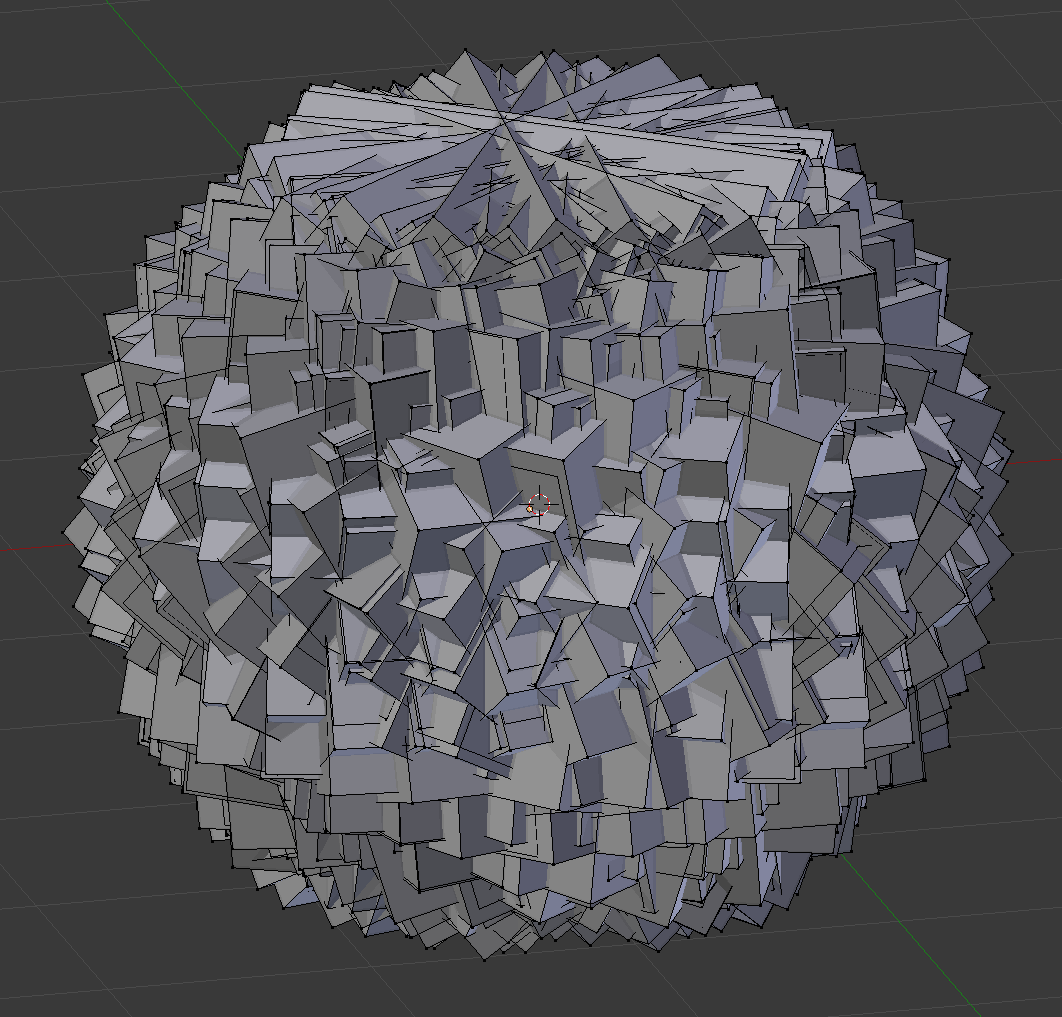 What I want to do is simplify this mesh so only the exterior parts are left. Basically something like a binary operation of adding the two cubes together, except every single piece needs to be added together so it simplifies into one exterior mesh with nothing protruding inside. How can this be accomplished?

I don't think there is any easy way to do this. Here are a few ways, however they are quite resource intensive:

You can use the Remesh modifier to do this, however it will take a long time to compute and result in a very dense mesh.

Make sure you have Remove Disconnected Pieces disabled: 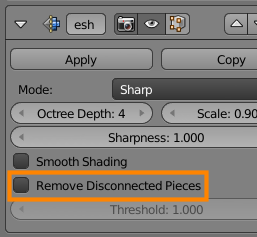 Expanding on Matt's answer, you can make a script that will create boolean modifiers for every cube on every cube:

I tested it with 100 cubes and it took quite a long time.
Also note that every cube will be joined to every other cube, so there will be a lot of failed boolean operations caused by cubes that don't intersect trying to be joined.

I found a possible solution that involves 3 steps though it has its limits.

It doesn't work well in some cases when intersections are too complex. But works great to hollow a pile of overlapping objects. 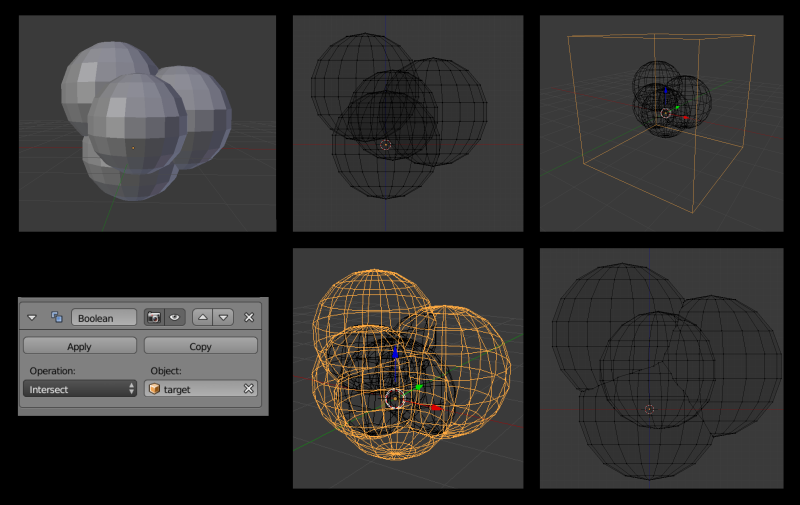 The simplest tool would be a boolean modifier. It's not as daunting as it might seem to add it to all the cubes: add it to one, select the rest of them (making sure the one with the modifier is "active") and hit ctrll to bring up the linking menu, and pick "Modifiers" to make them all have the same modifiers as the active selection. The boolean union operation should at least attempt to remove interior faces.

That being said, I wouldn't be surprised if the boolean doesn't give very nice results. This is a fairly complex operation that you're trying to accomplish.

Frankly, if your goal is simplicity, then if these are all just 8-point rectangular prisms, the geometry is probably simpler this way. Trying to get rid of internal geometry will probably add complexity, rather than reduce it.

Update: Sorry, this doesn't always work. It also yields strange results if there are spare faces :(

Hey I just came up with this and remembered I read this page before so here it is for future reference:

Just stuck with the same question and found the answer! It took me a day to try all the variants, that can be found on the internet.

I have a complex model of a human body built from different parts with holes and non-manifold meshes (legs/hands/breast - are all separate meshes that intersects inside the chest mesh, some of them not closed (non-manifold), etc).

I want to get single mesh, strictly following only the outer surface of the body (viewed as the union of all parts). This was surprisingly hard.

But there is one thing that finally worked well:

You are done! Nicely re-wrapped model, completely without inner faces and with all intersections nicely stroked with additional vertices. Just what I need. Hope this helps someone too. 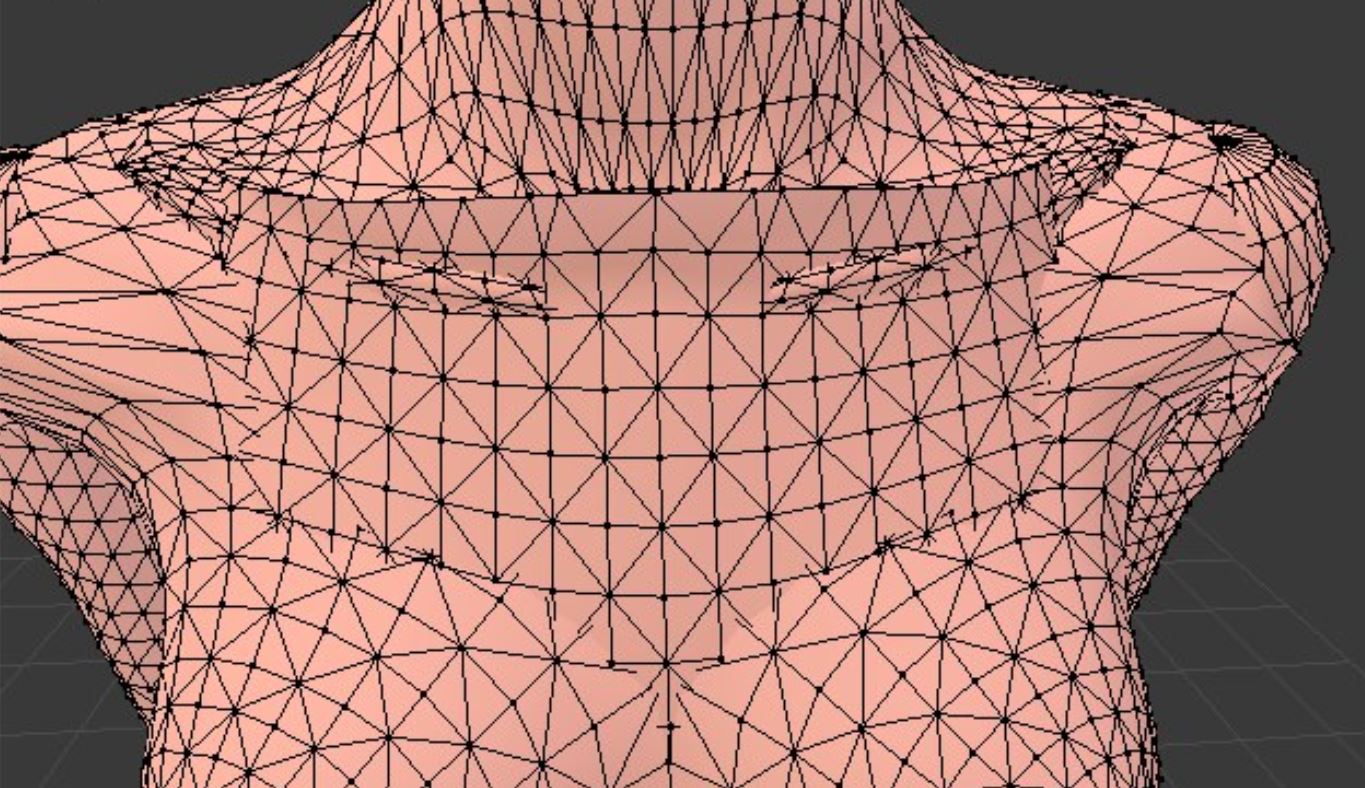 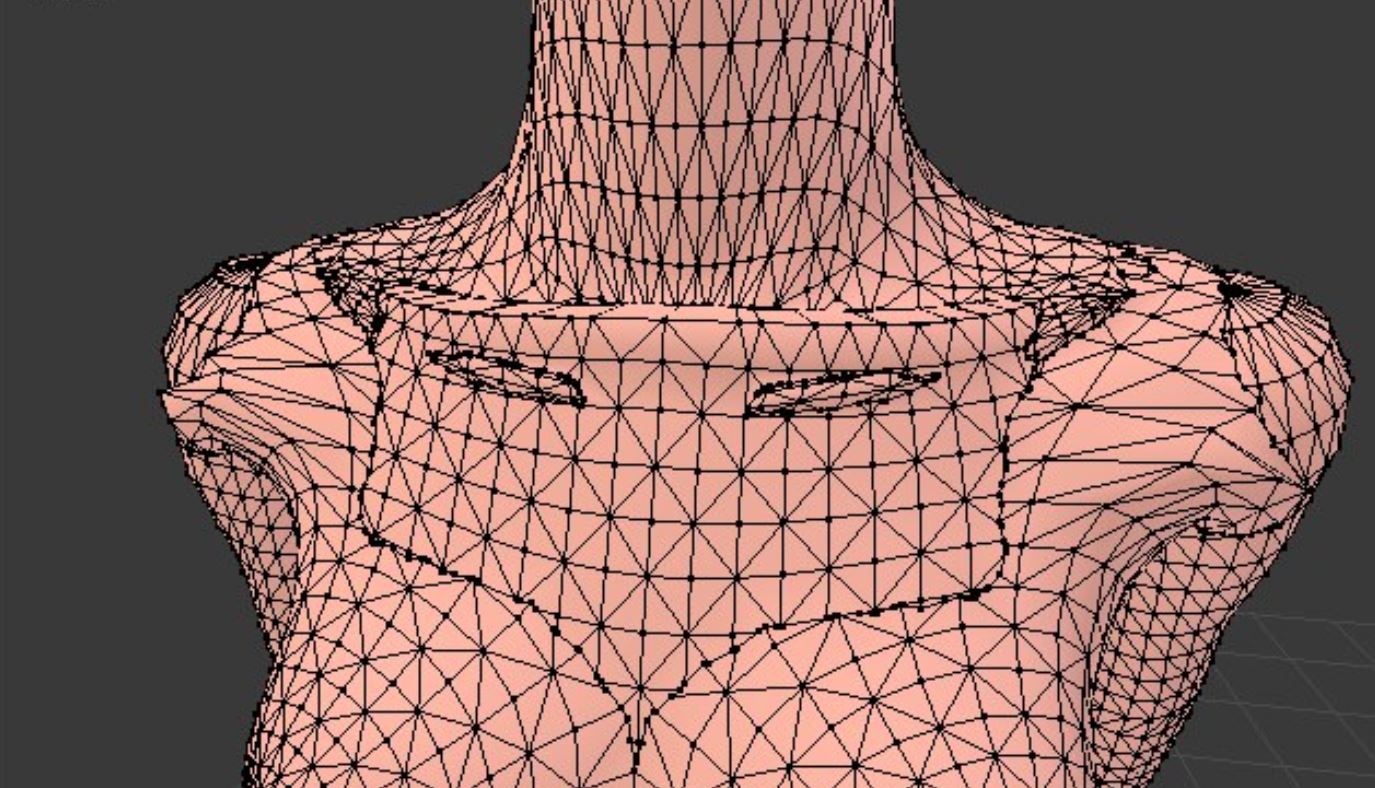 how about just selecting all the cubes with the C selector (selecting only the visible cubes) and then just inverse the selection and delete the inner cubes... done

With some objects I made the following in object edit mode:

This was the method that I find since boolean didn't worked well for my model in question.

I now have read Niels Ketelaars about inverse selection, and perhaps it is easier.

2
How can I make a 3D wireframe object hollow?
3
delete overlapped part of faces
1
Delete All Internal Geometry
1
Delete all interior vertices,faces, edges of a 3D model

2
Cutting Out Volumes
3
Cutting mesh textures
1
Cutting an Stl mesh for 3d printing
1
Delete All Internal Geometry
1
Cutting out irrregular parts of a mesh out
1
How to simplify/clean up a mesh?
2
How can I turn a mesh inside out