How does the simple deform modifier work?

This question starts with this previous question How can I create spherical topology from a 2D image?.

Testing around the solution (given by Cegaton and previously given by LeonCheung) made me try to test a bit around the bending behavior of the simple deform modifier.

The idea behing all that : this bending makes interesting things, but it is hard to predict how to do them.

An example, before the question. Using the same technics you can obtain a tire shape from a flat surface.

But first the approach gives something that I feel counter intuitive. If we start from the result of the question quoted above, go to edit mode and rotate the shape 90° (so the object own rotations stay 0), we don't obtain a similar result. Testing that I was expecting an ovoid shape but this is not the case. 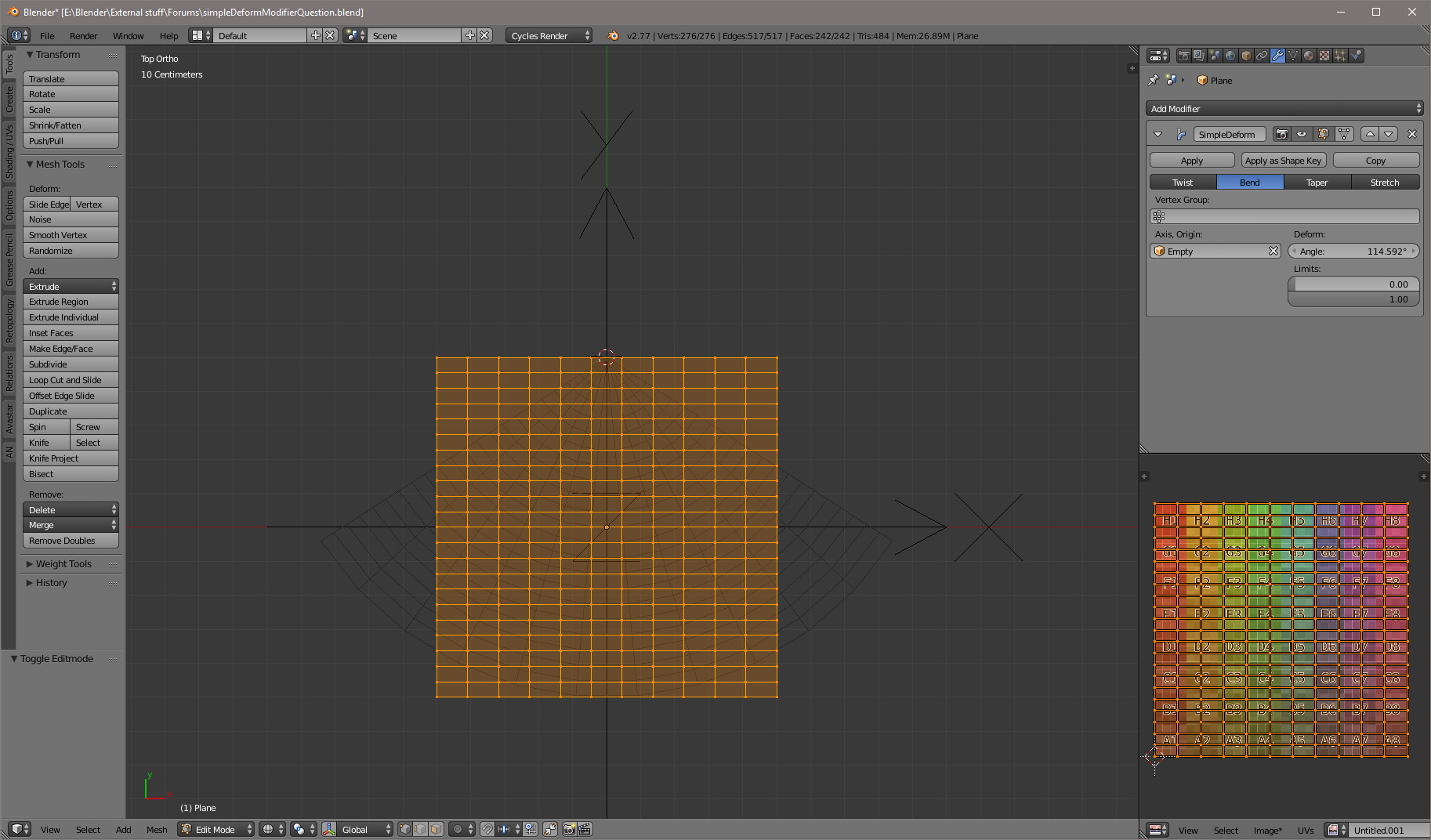 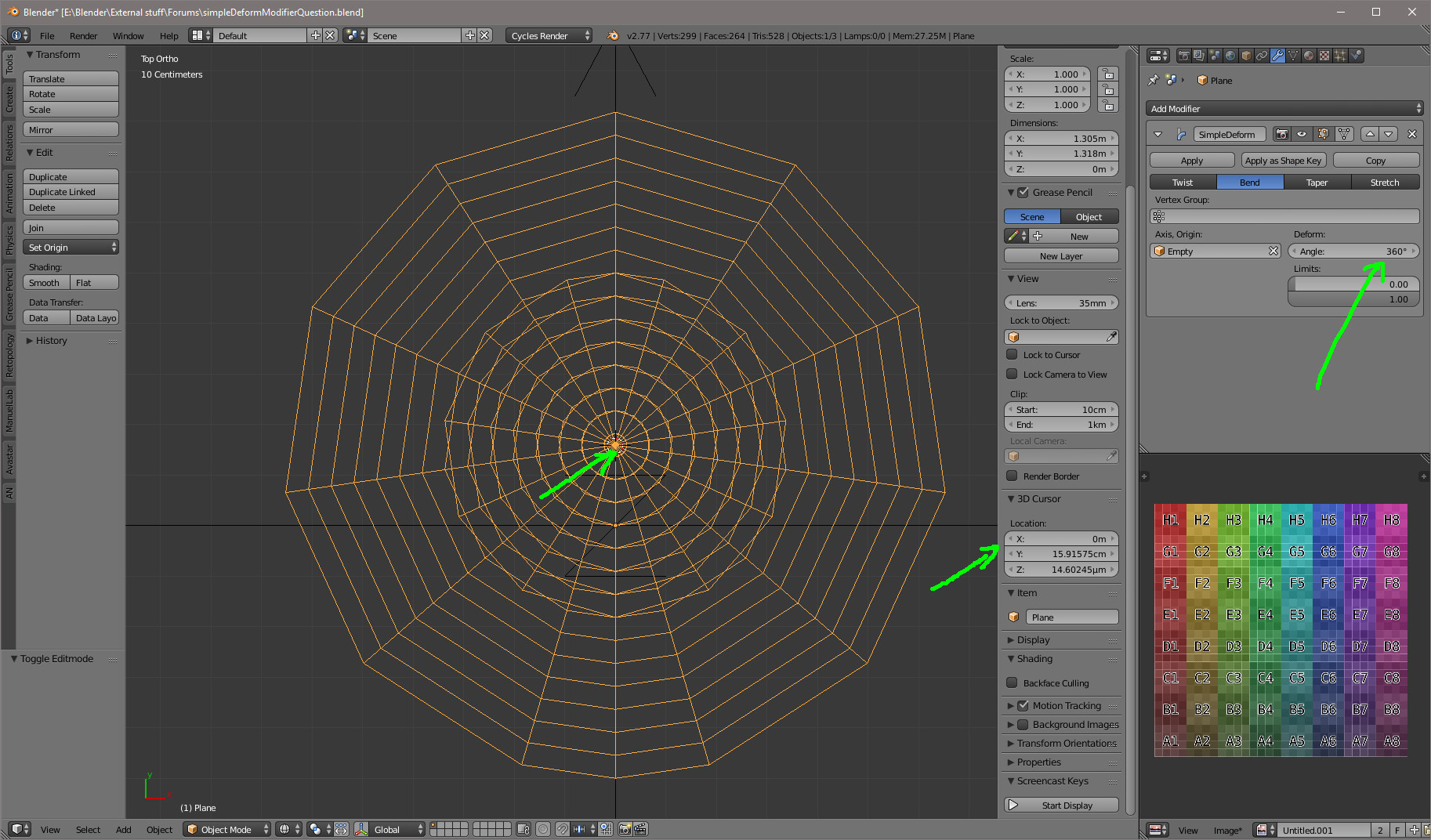 The inner circle is nearly (but not so exactly) half of the outer.

Clearly there are some clever rules and calculations behind all that. But what are they ? What is to be understood in order to "predict" how use the modifier well ?

Browse other questions tagged modeling modifiers or ask your own question.

7
How can I create spherical topology from a 2D image?

2
Without using an Empty, how is it possible to have an object bend on the Y (or X) world axis using the Simple Deform modifier?
2
How can I control the size (Diameter) of a ring that is made with the simple transform / Bend?
22
Create a wire coil
2
Trouble with simple deform on an array
0
How to Stop Edges from Rounding themselves