How can I create spherical topology from a 2D image?

I need to create a spherical object with an irregular 3D texture. Think of a globe of the Earth with actual raised topography for mountains, etc. The purpose is to 3D print the object, so the texture must be physically raised, not just an image texture.

I have a 2D image of what the texture looks like, and am looking for a way to map it onto a sphere. Here is an image I found that is close to what I'm talking about (although the textures I'm using are irregular, not a repeating pattern): 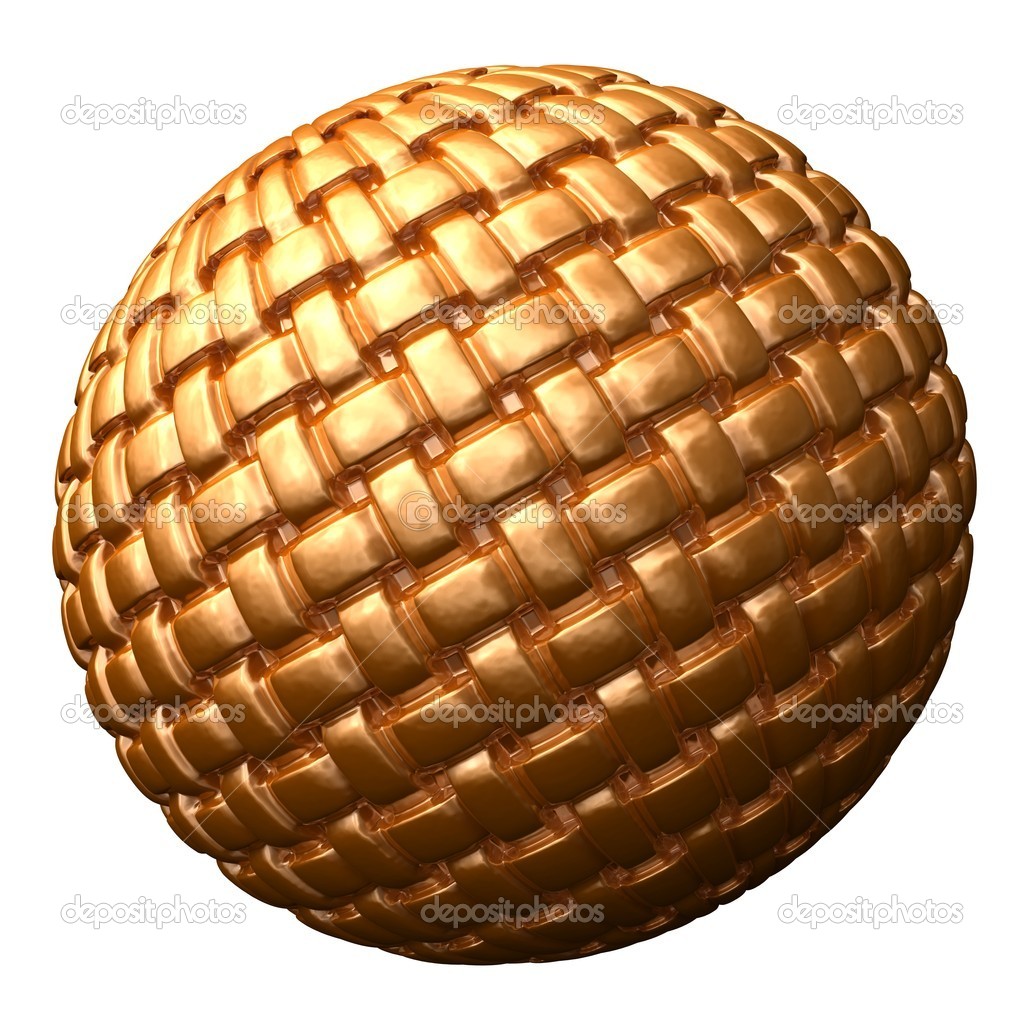 There are similar questions here and here, though both refer to mapping onto a flat plane rather than a sphere. Unfortunately, the darkness/lightness in the images alone doesn't determine the height of the topology, since the lighting in the image affects this (see above example image).

As far as mapping the entire sphere, it is acceptable to mirror the image and map it to the opposite side, meaning one circular picture can be mapped to one half of the sphere, and the mirror image of the same picture can be mapped to the opposite side, therefore covering the entire sphere (and causing the topology to line up correctly).

I'm in no way an artist, and the textures in some cases are pretty complex, so trying to recreate them by hand is out of the question.

How can I map the image to a sphere in blender to achieve the 3D texture from the image?

This can be done with a base shape, two array modifiers and two simple deform modifiers controlled by two empties: 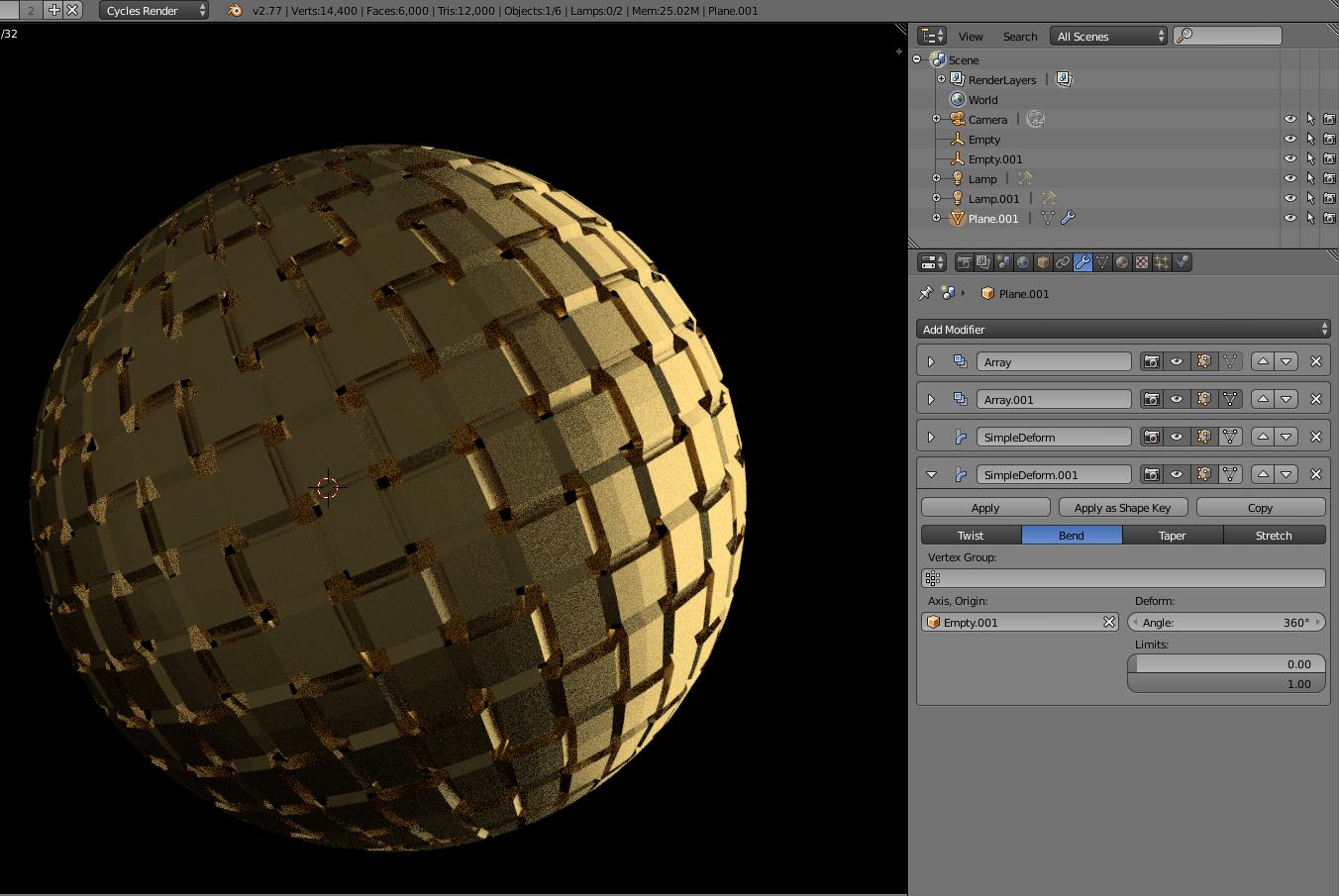 Modelling from top view, create with a basic shape that is symmetric on both x & Y axes, so that it can be tiled. 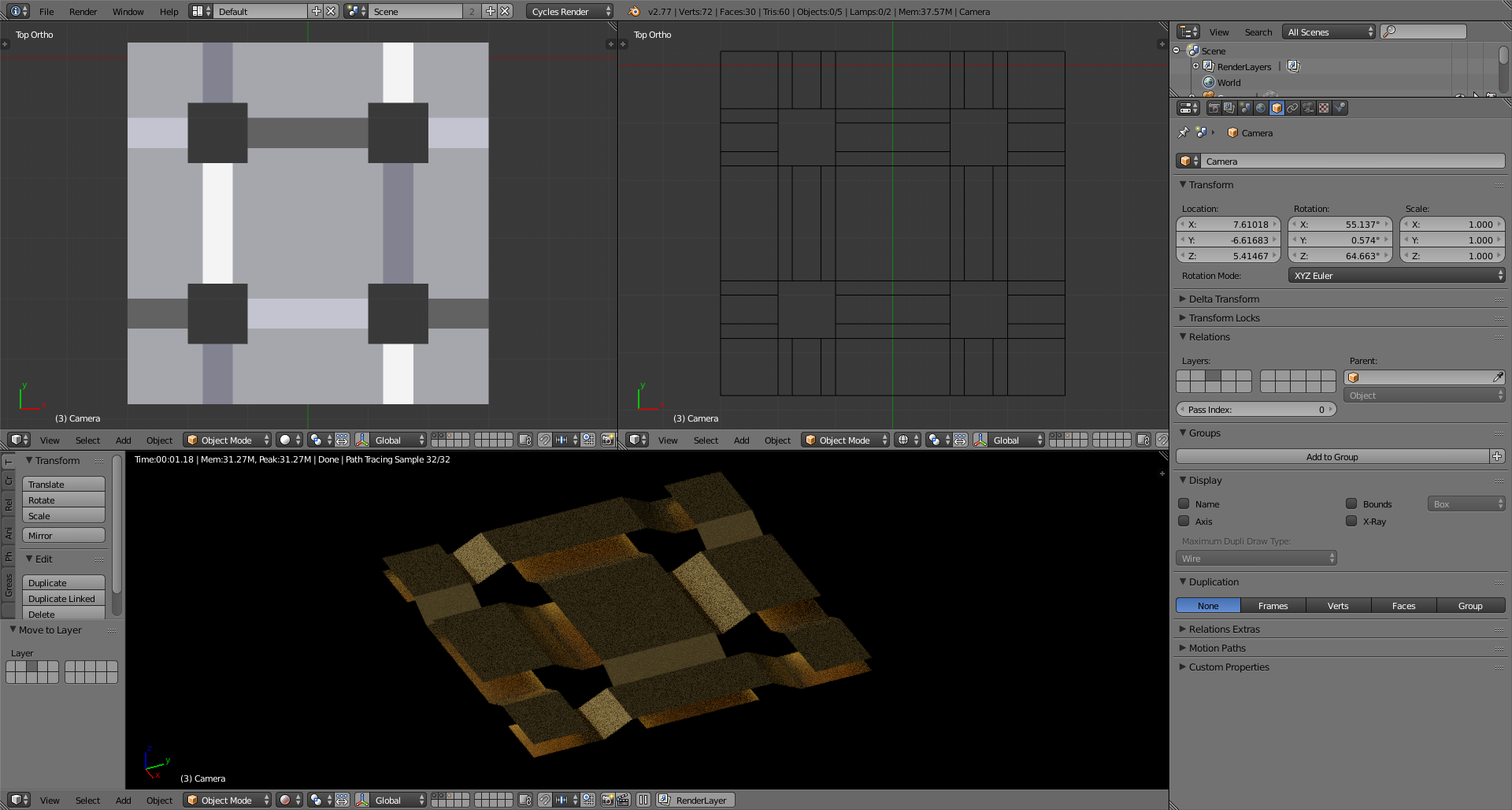 Add an array modifier to repeat the base shape on the X axis. 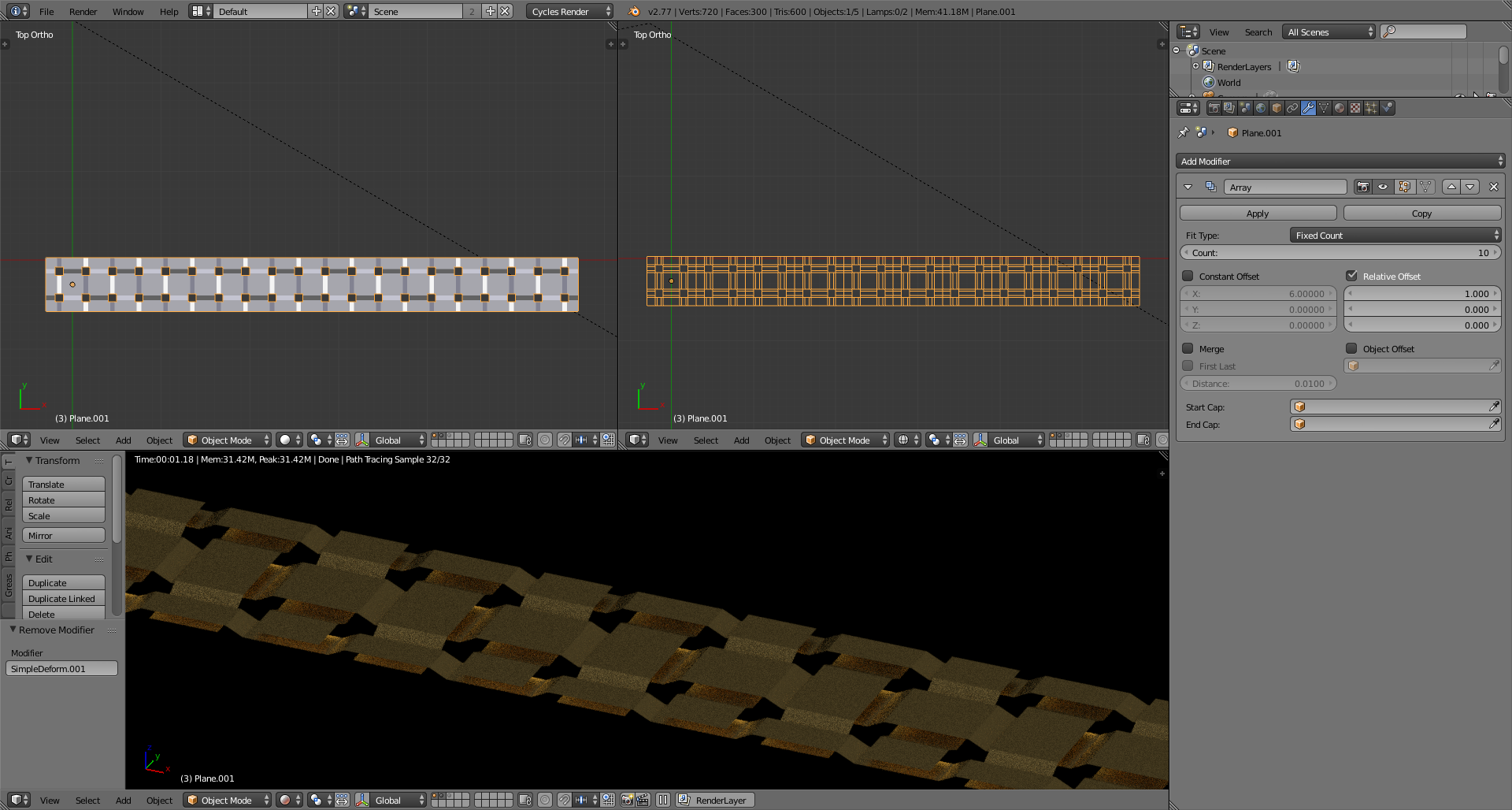 Add a second array to repeat the shape twice as many times on the Y axis. 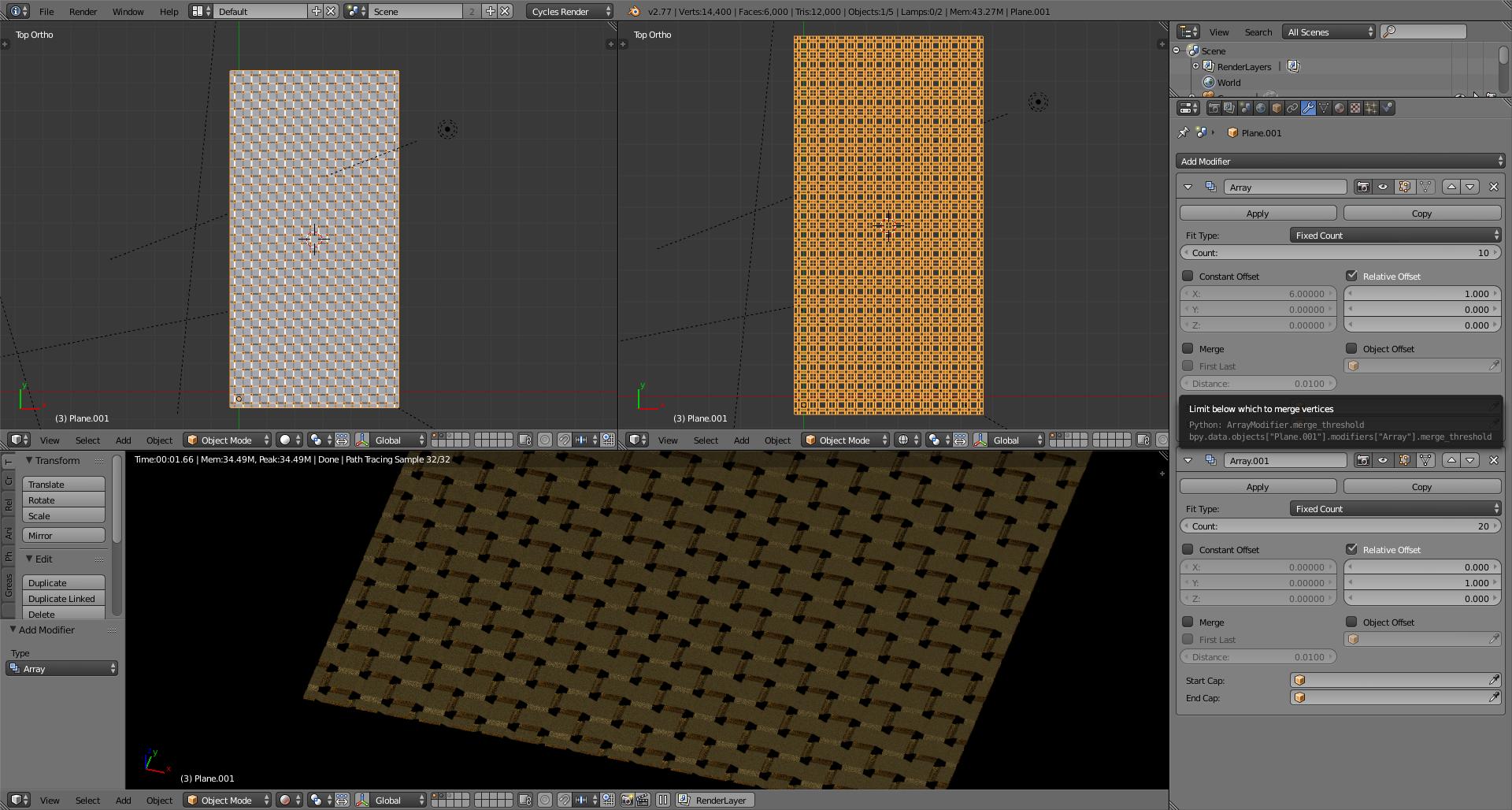 Now you need to find the center of the object. To do that apply both array modifiers.

Enter Edit Mode (Tab), select All (A) and press ShiftS and select Cursor to Selected. The 3d cursor will then snap top the center of the array. 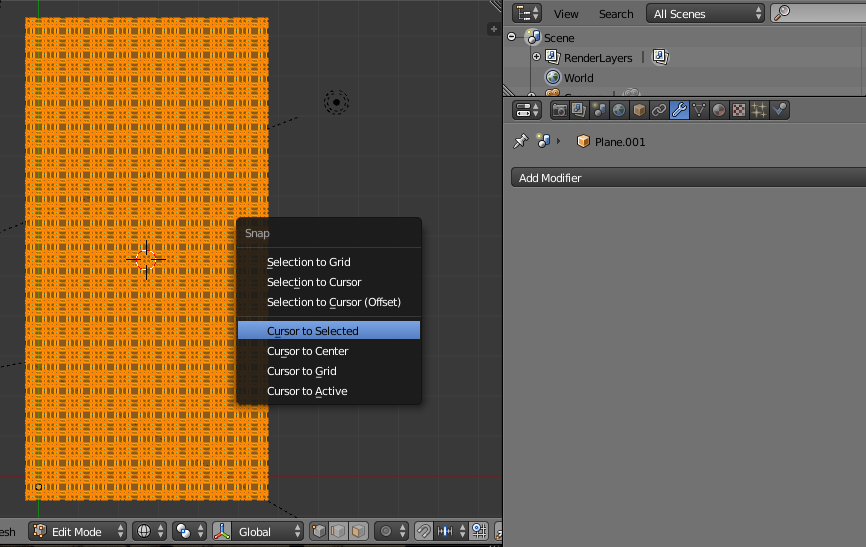 Exit Edit Mode (tab) and press CtrlZ twice, so that you undo the cation of applying the modifiers (that will allow you to further refine your base mesh) 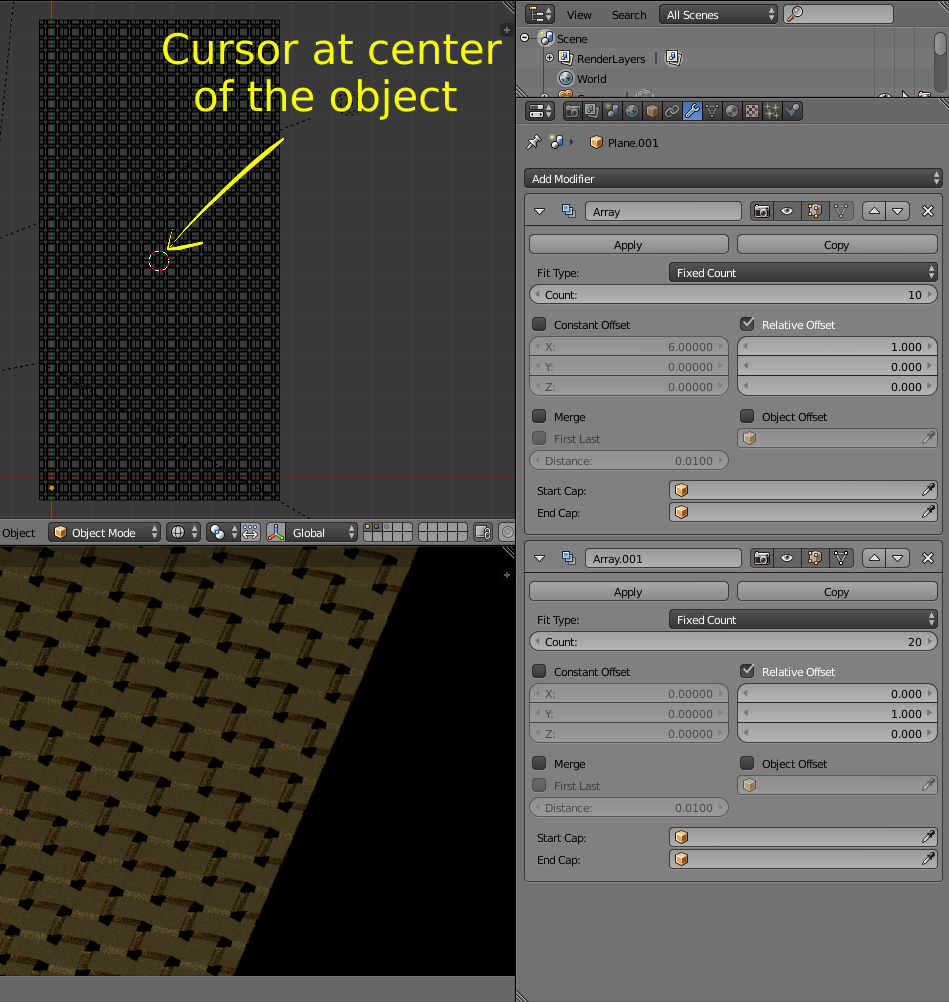 Add a new empty and rotate it 90 degrees on the X axis RX90.

Select your base object, add a Simple Deform Modifier, set it on Bend Mode, select the Empty as Origin and set the deform angle to 180 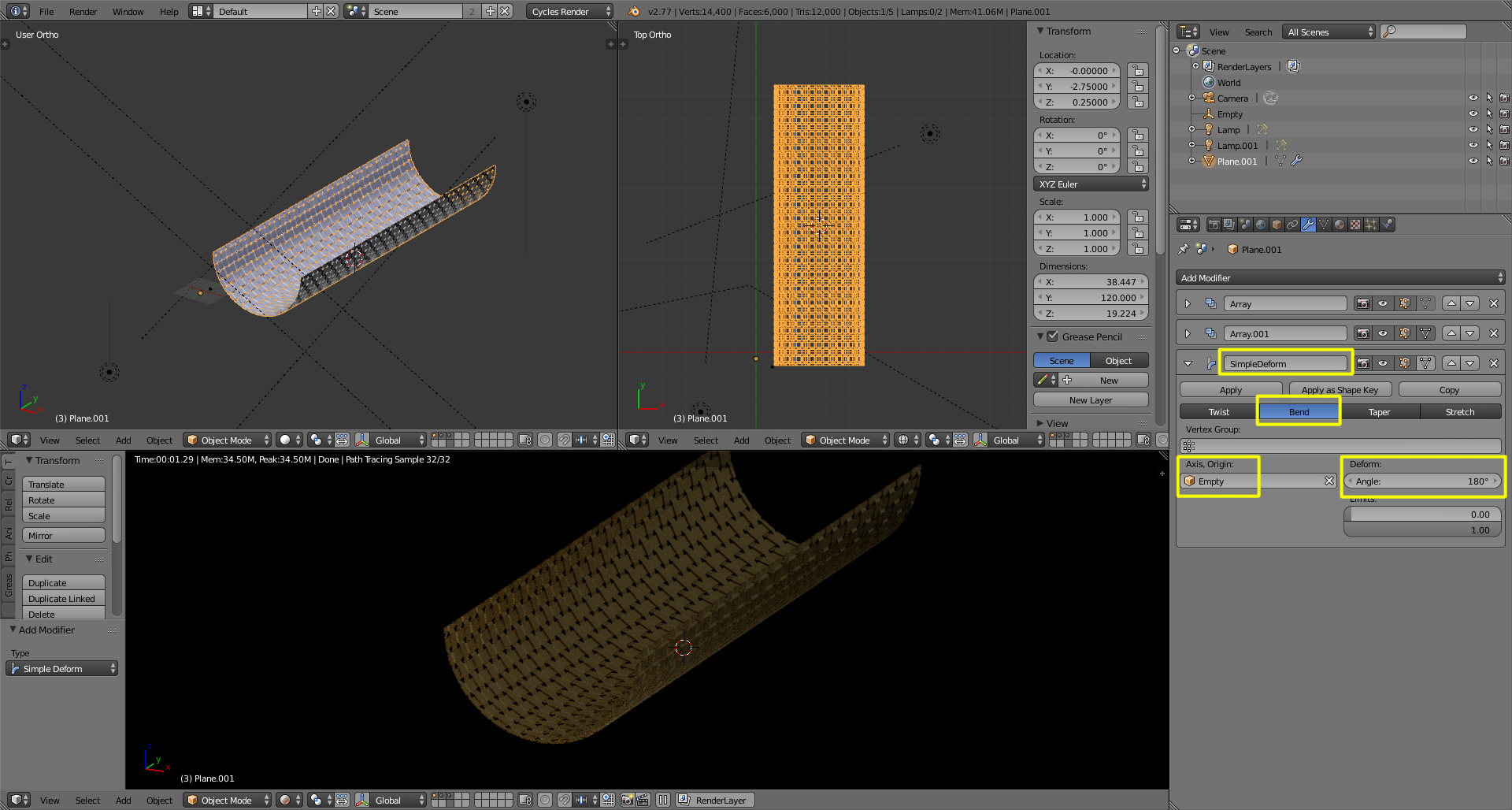 Select your base object again and add another *Simple Deform modifier, also set Bend, use as the 2nd empy as origin and make the deformation 360 degrees. 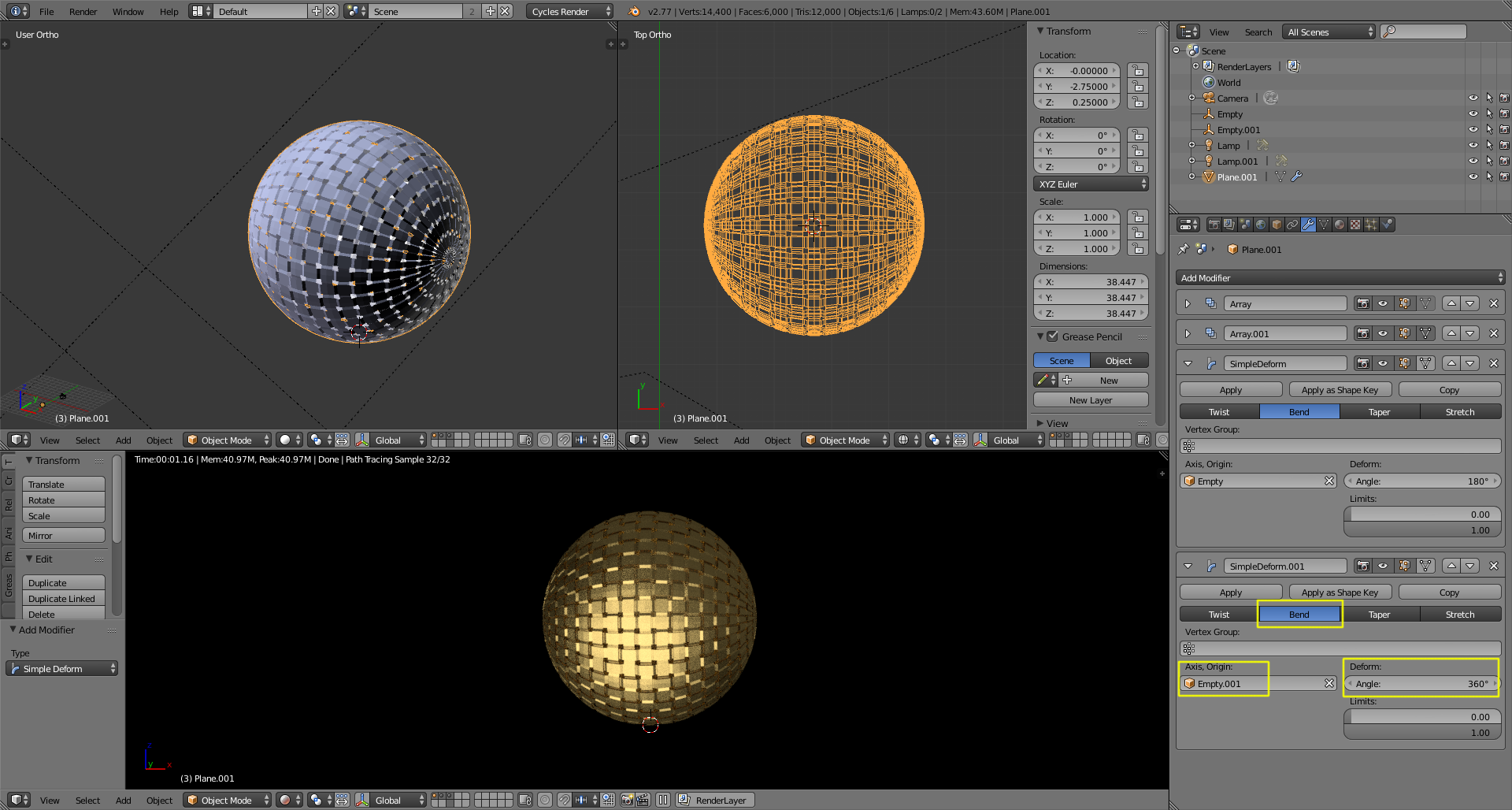 At this point you can further refine the basic shape to suit your needs and also decide if you want to apply the modifiers.

BUT THAT WAS NOT THE QUESTION

The question was how to do this with a 2D texture

Same thing but with a displacement modifier: 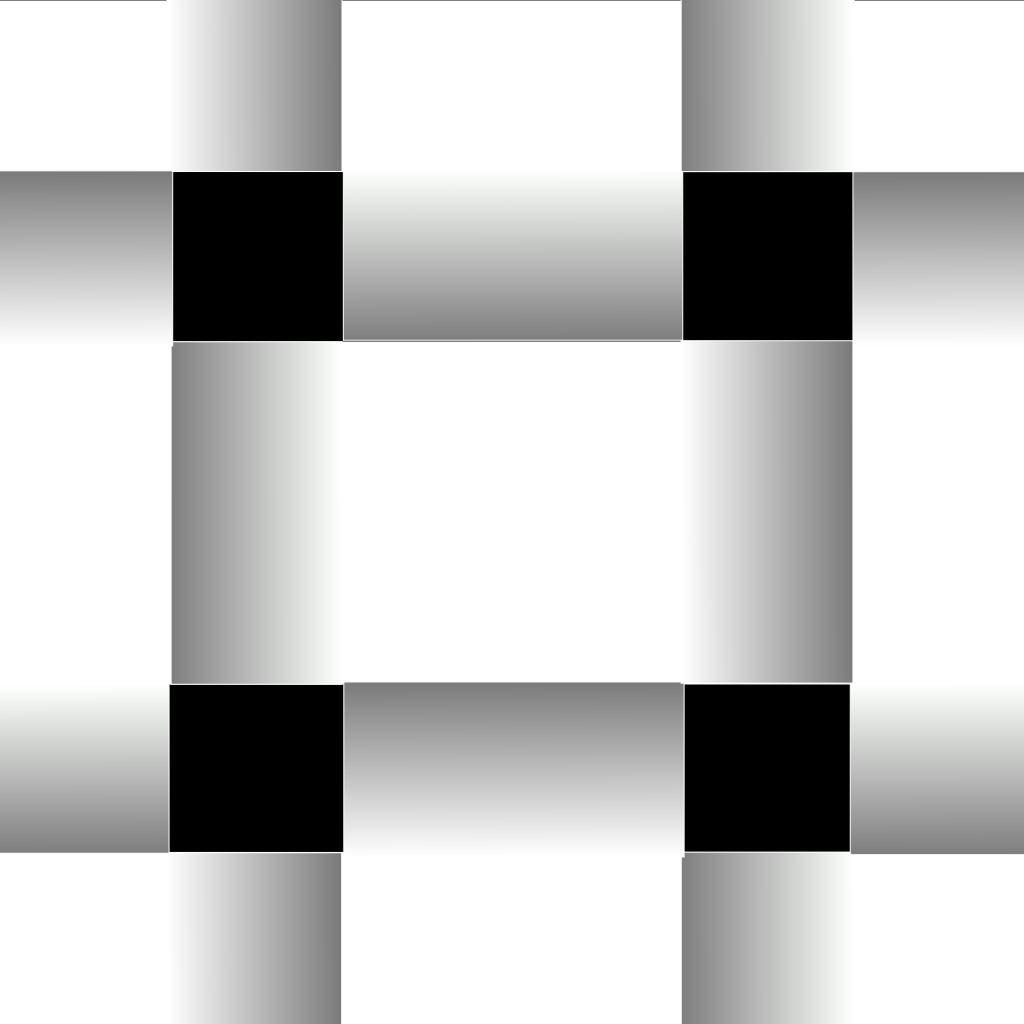 Import it using **import images as as plane* so that a UV unwrapped plane is created with the dimensions of your texture: 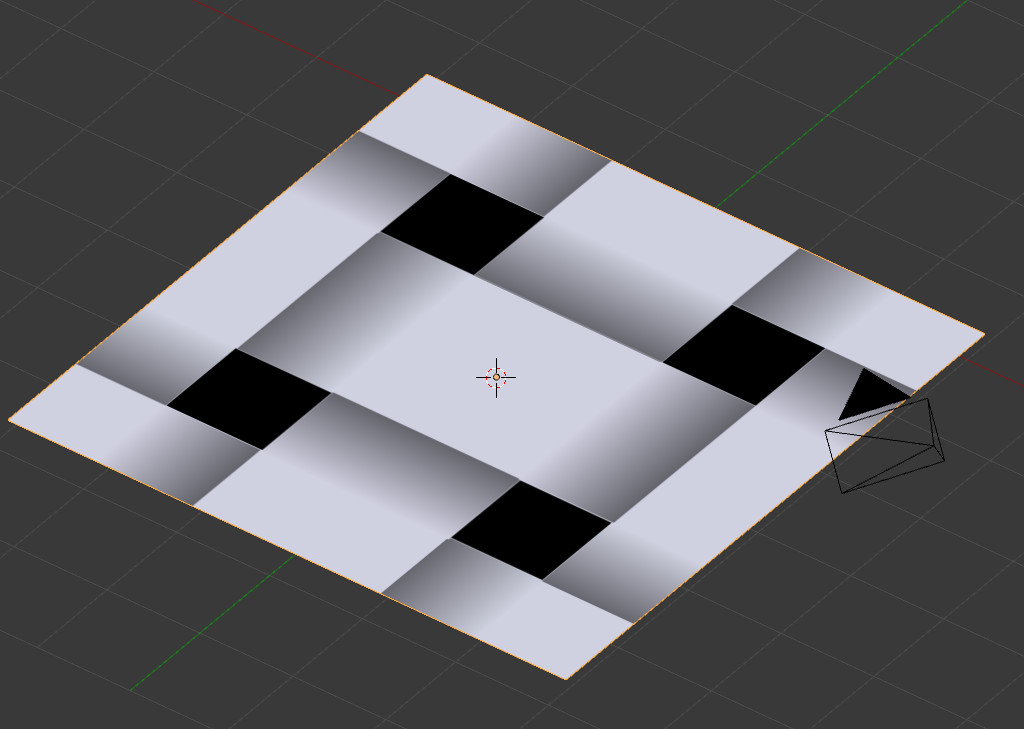 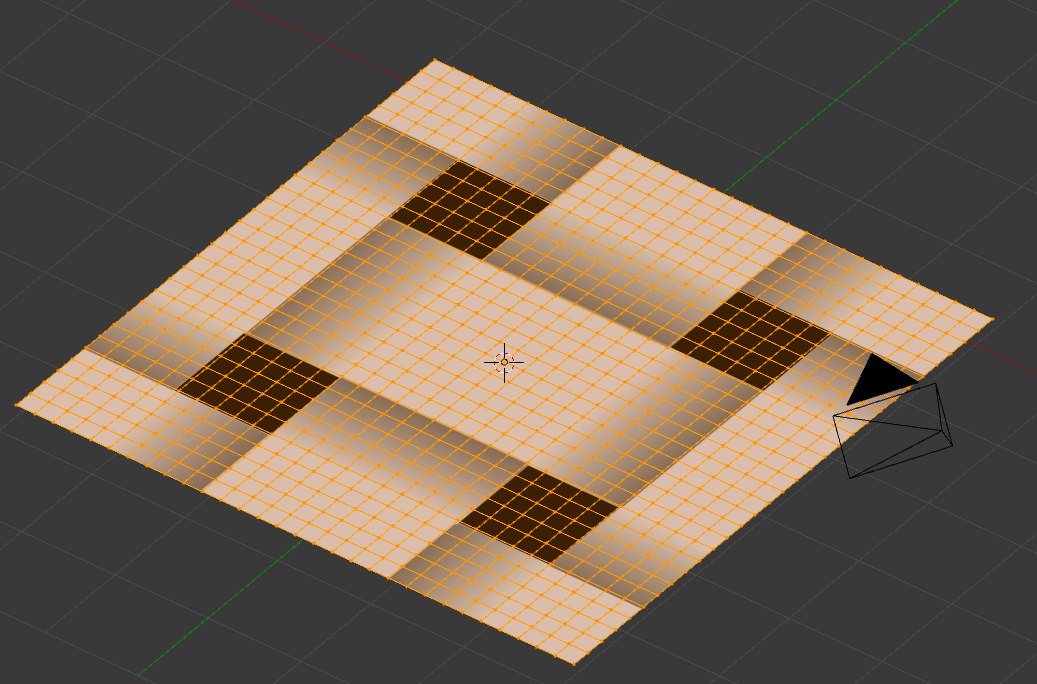 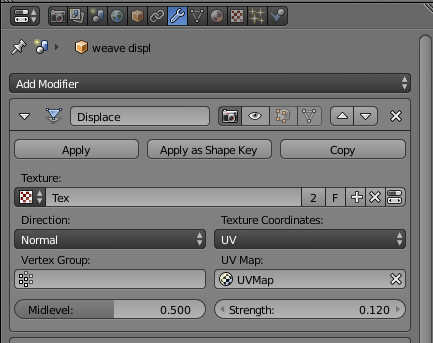 Set the image to be used as displacement texture ( use the same image used for the plane): 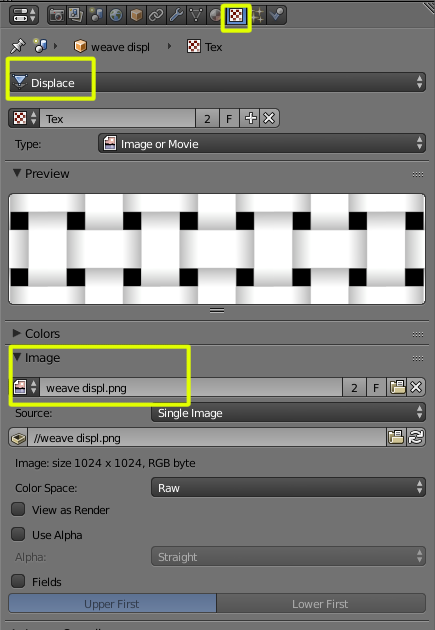 In the displacement modifier set the direction to normal, texture coordinates to UV, select the UV and set the strength of the deformation. 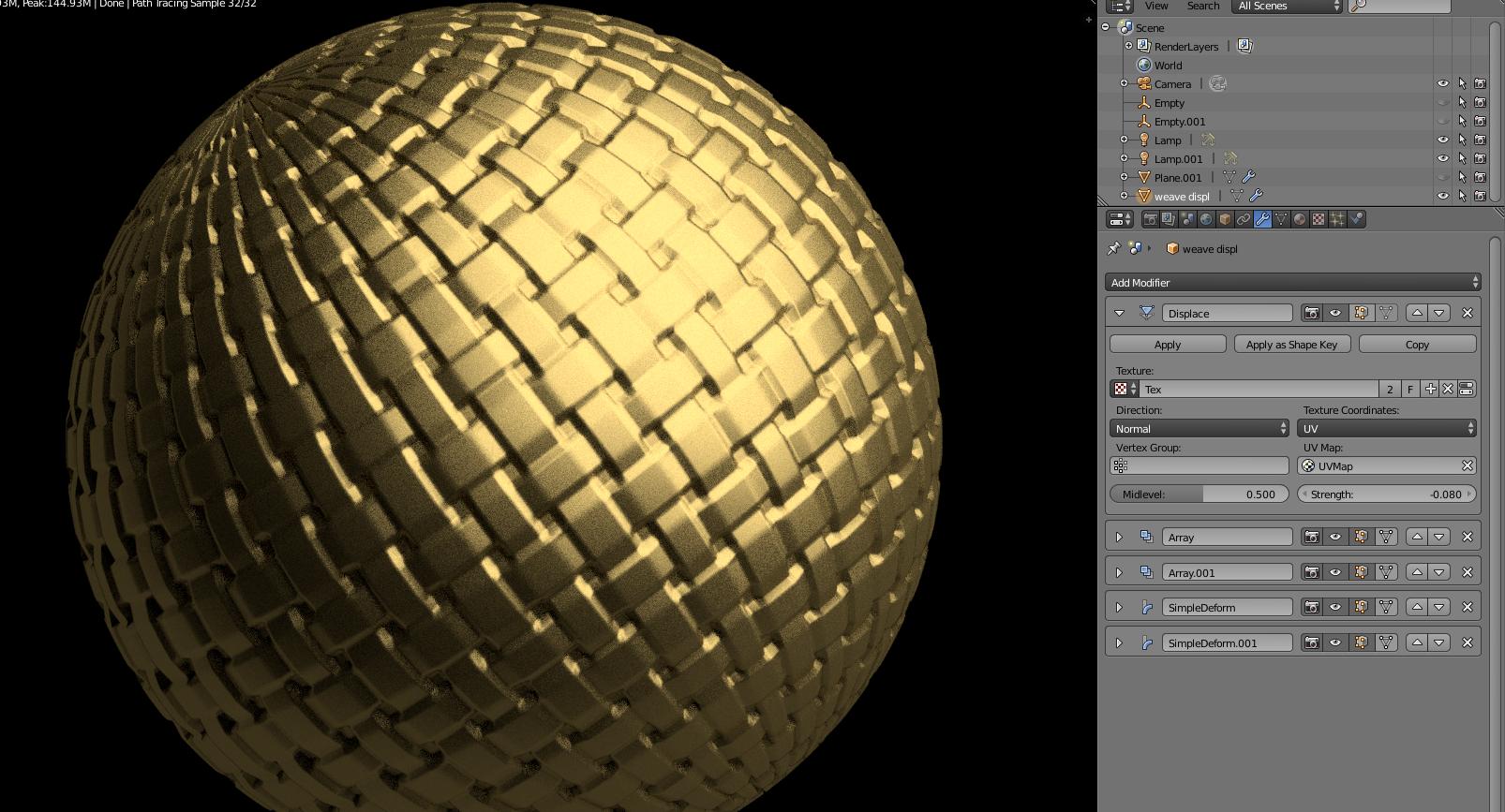 If your texture seems reversed, then just change the strength to a negative value.

The procedure is the same, except that you don't need the array modifiers.

Import the relief image as plane.

Enter edit mode and subdivide it.

If the mesh with the image is wider on the X axis, rotate it 90 degrees in the Z axis, so that the mesh is taller on the Y axis when seen in top view. 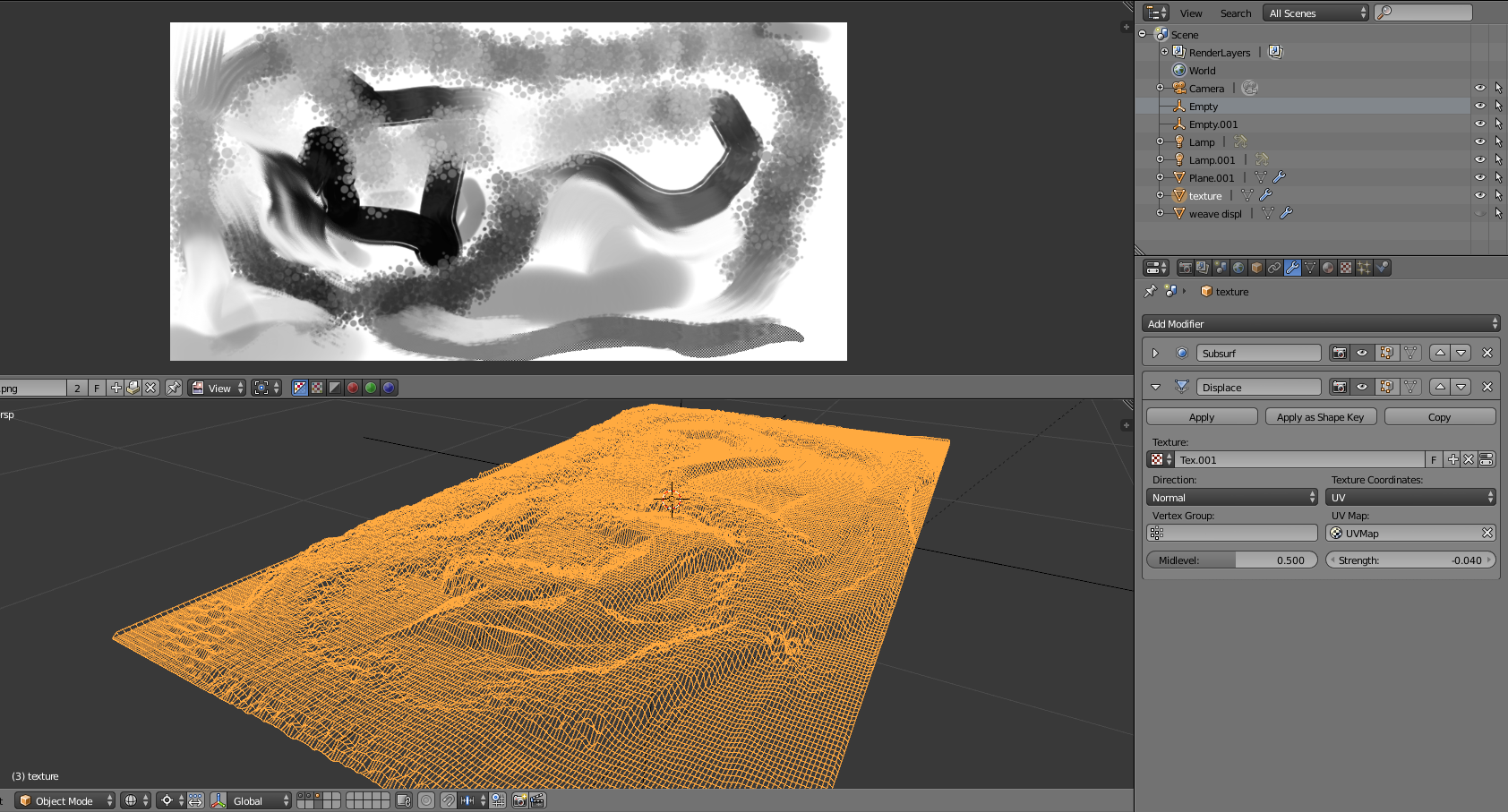 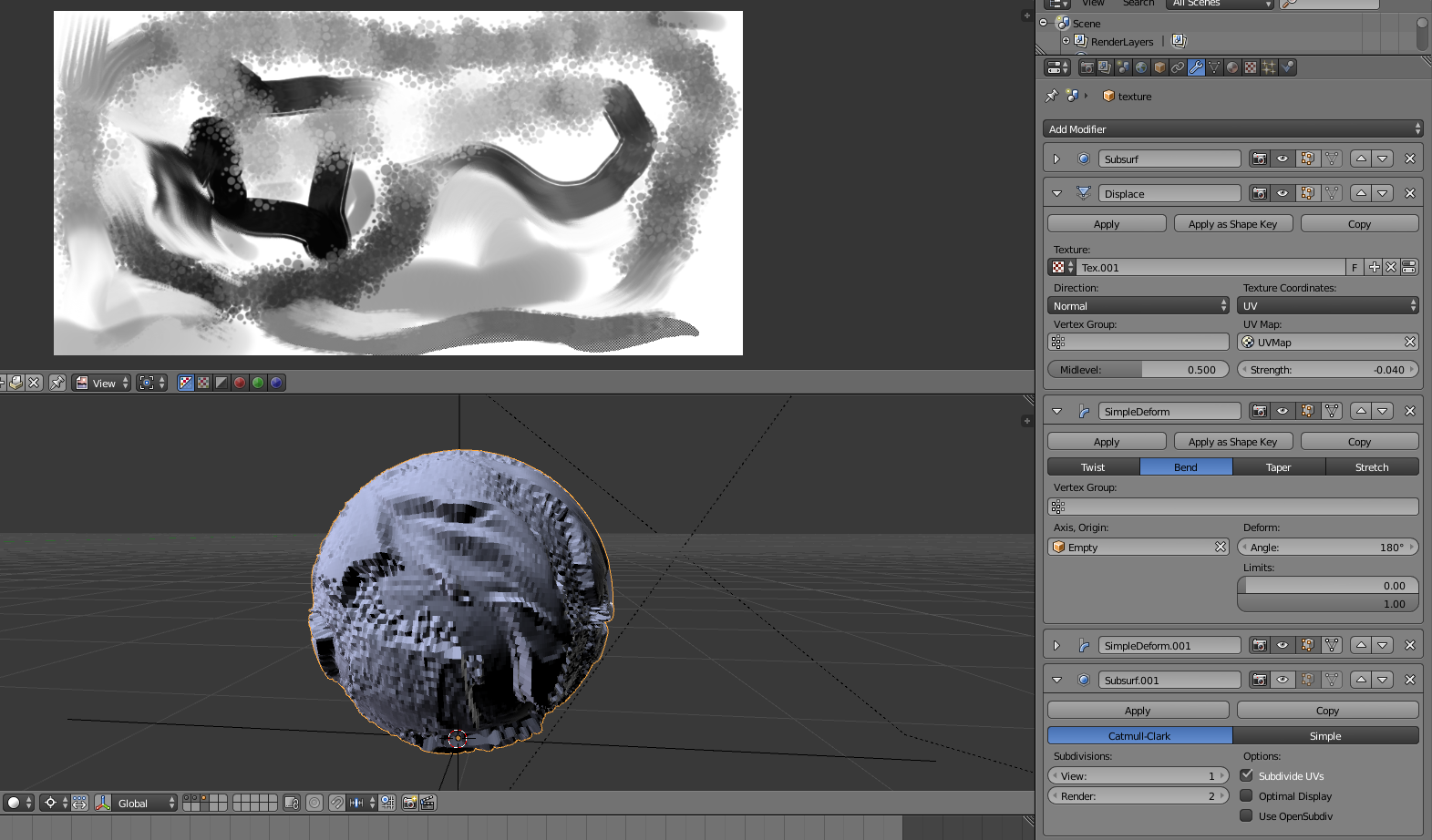 Note: This answer is blatantly based on Leon Cheung's answer here: https://blender.stackexchange.com/a/24053/1853

If what you have is a relief map image contained within a circle: 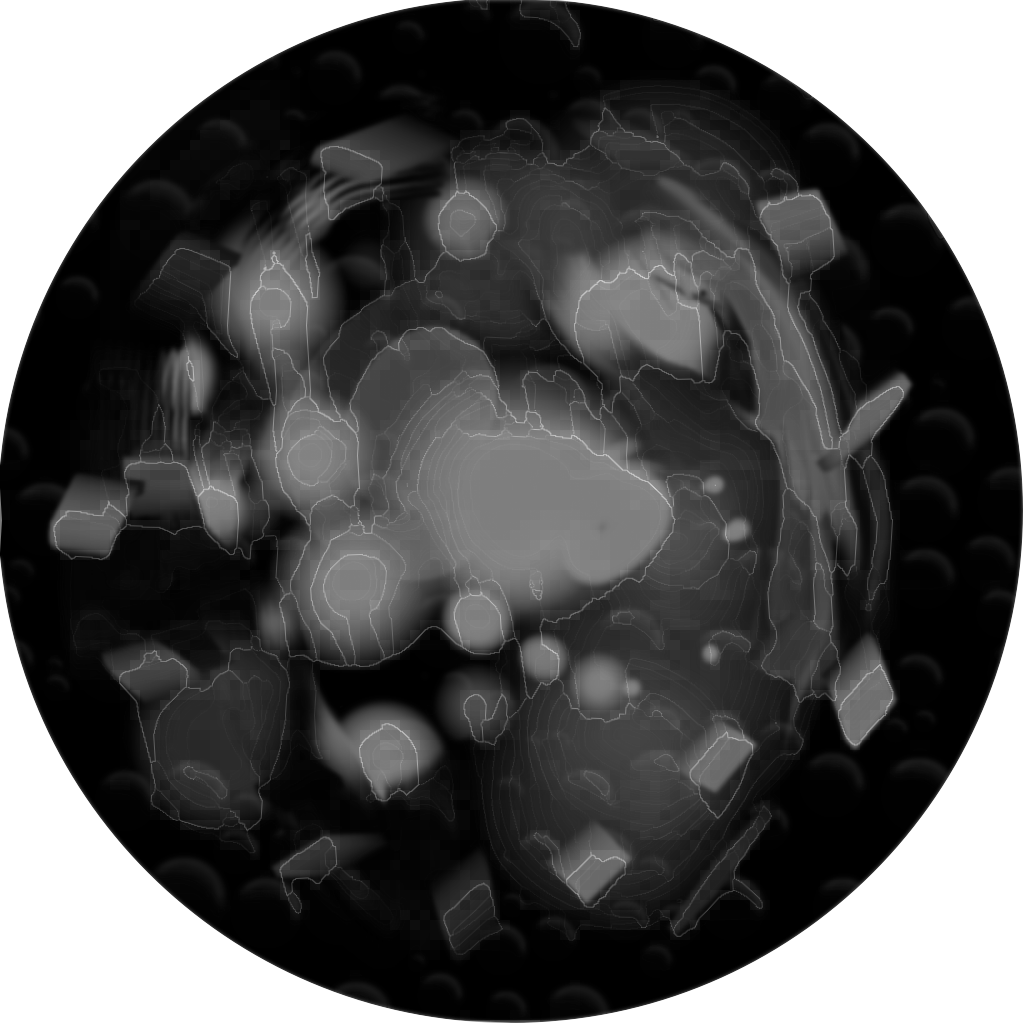 Then just create a UV sphere.

Set your view to orthogonal (numpad 5) and select top left or front view (numpad 7, 1 or 3)

Enter edit mode, select all and pres U to unwrap, and select Project from view (bounds) 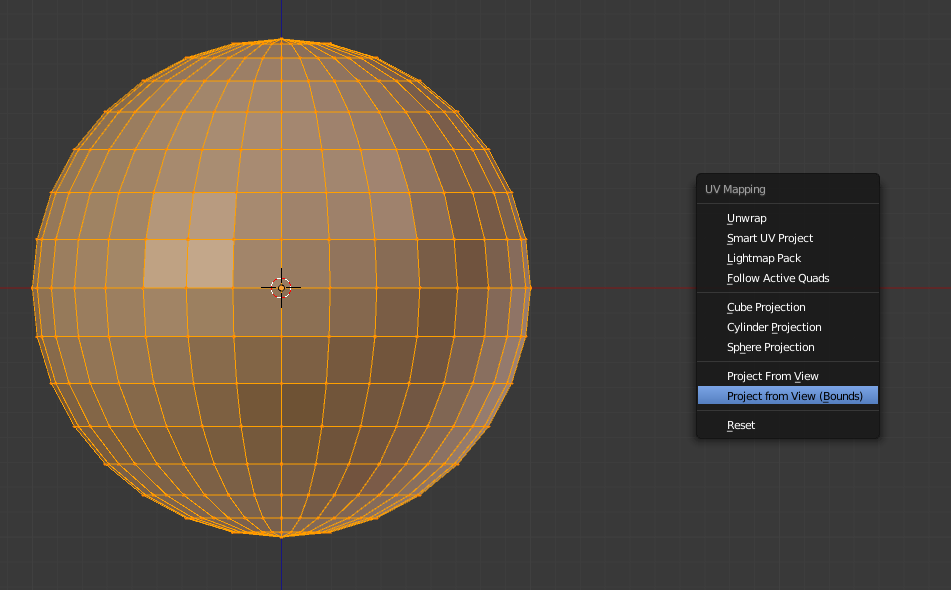 so that the resulting UV map looks like this: 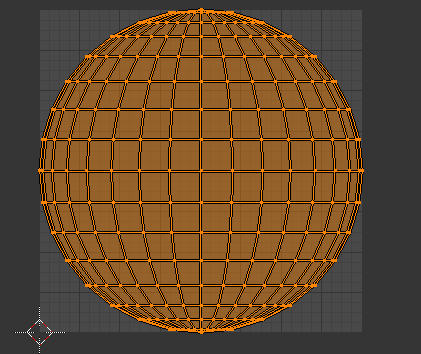 Add a displace modifier, set it to UV coordinates and select the UV map

Set the displacement texture to use the image that contains the relief map. 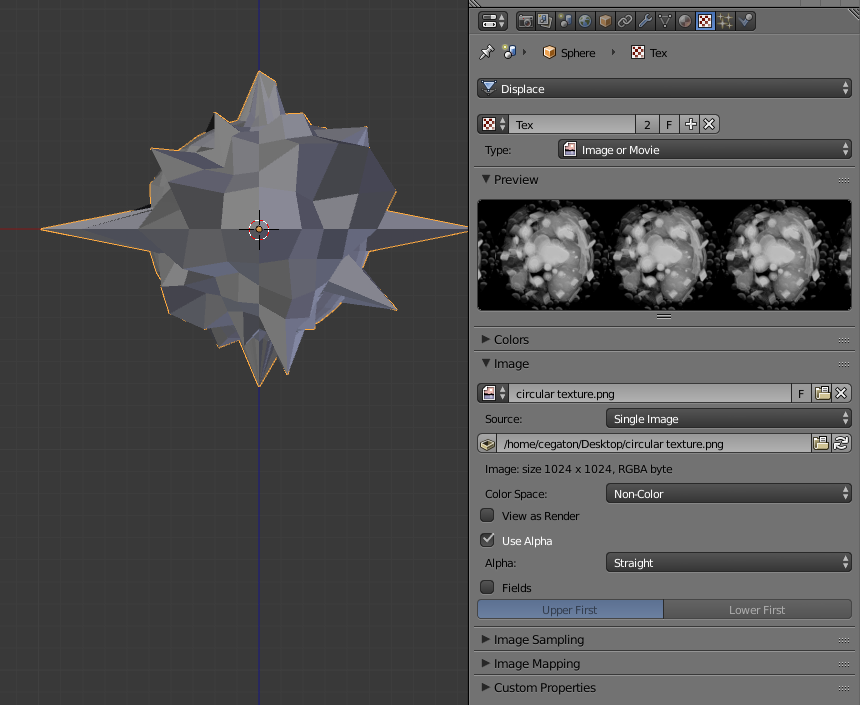 Set the strength to a reasonable value. 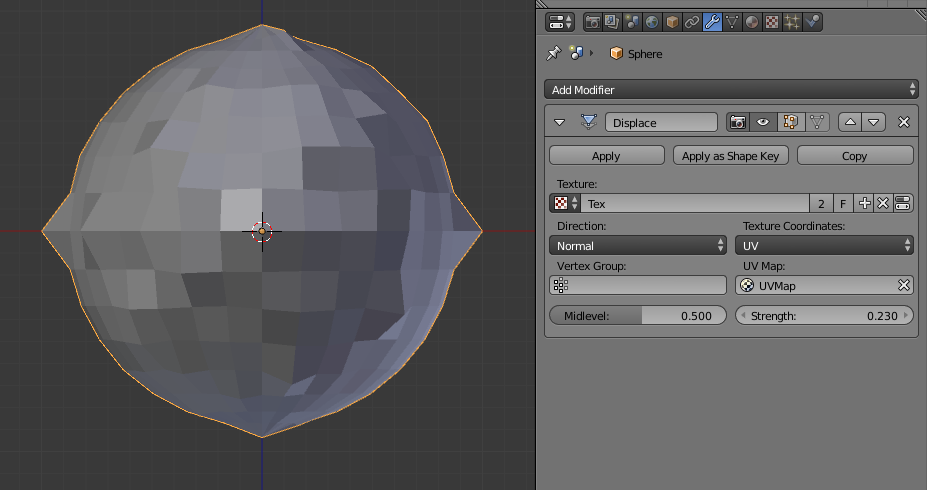 The quality of the deformation depends entirely on the mesh density. You might need a lot more subdivisions. You can either subdivide the mesh, or add a couple of subsurf modifiers one before the deformation to have more detail, and one after to have a smoother result. Use caution so you don't end up with an amount of vertices beyond what your computer can handle. Read this link 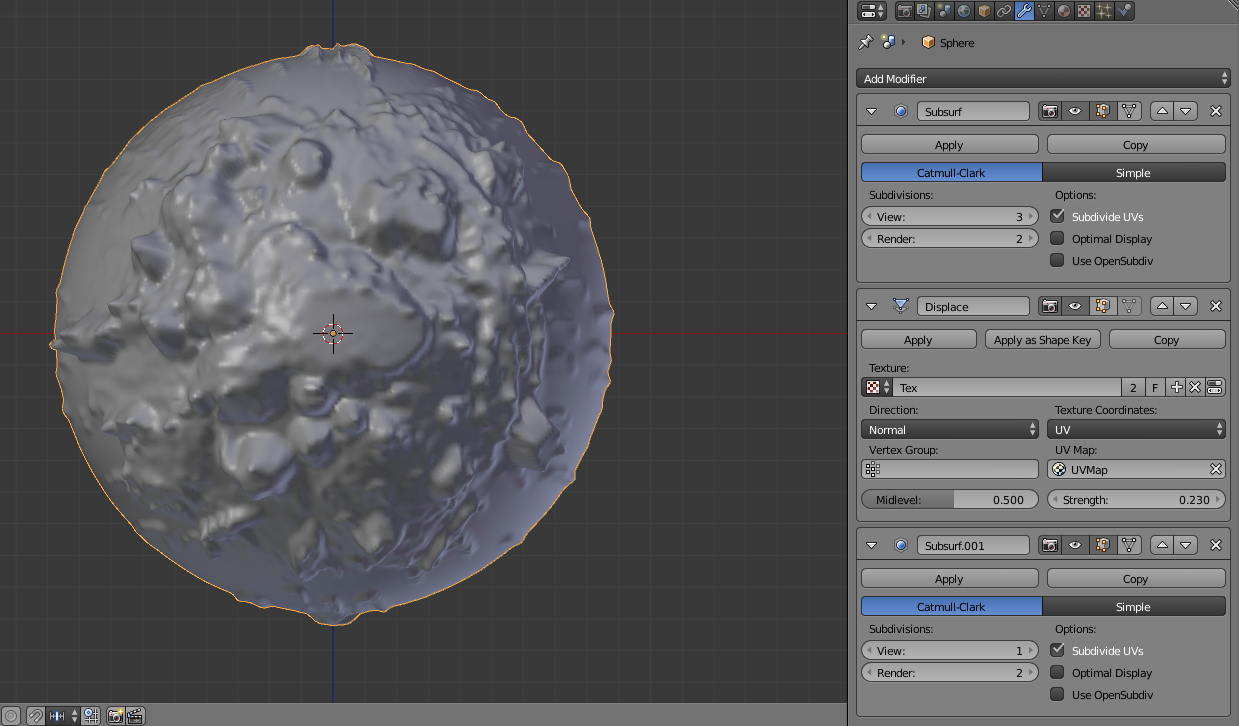 Note. By using this method you will have mirrored hemispheres, depending on the quality of your relief map they might be an issue... 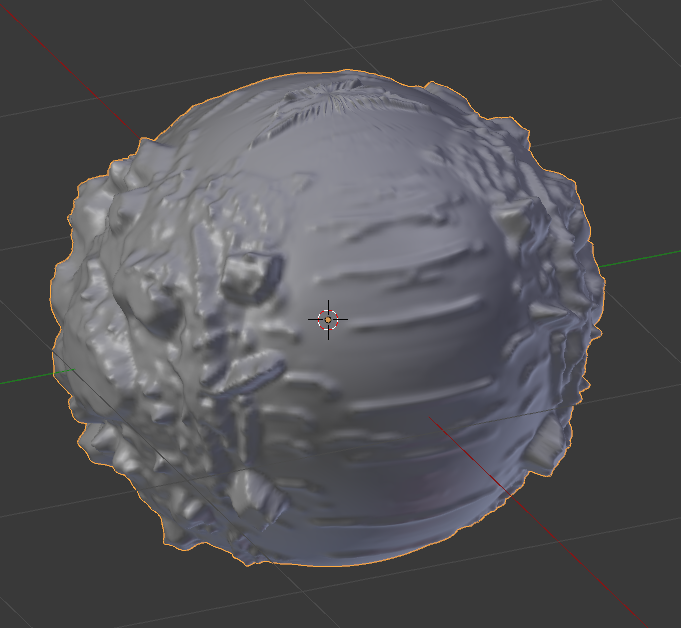 37
How to animate morphing a rectangular plane into a sphere
14
Morph targets: A sphere shape turning into a cylindrical unwrapped sphere shape
11
Landscape topography from grayscale image
4
How to model this Pattern
7
Blender render crash when using subsurf modifiers.
0
Need advice on turning a 2D image into a 3D model
0
How to make rattan ball?
0
Wrapping a flat plane around a sphere
1
How does the simple deform modifier work?

8
How can I use an image texture as a guide for weight painting?
1
Mapping a terrain evenly
0
Export reprojected texture
1
How to add an image texture to a single face?
0
Material alpha/tga textures?