How do I make a material that looks like the surface surrounding the helical objects in the image below in Cycles? It looks like smoke on the edges, but is transparent in the middle. It is important that the helical object doesn`t get distorted like if it was placed inside a glass bubble. This image was made in Cinema4D. 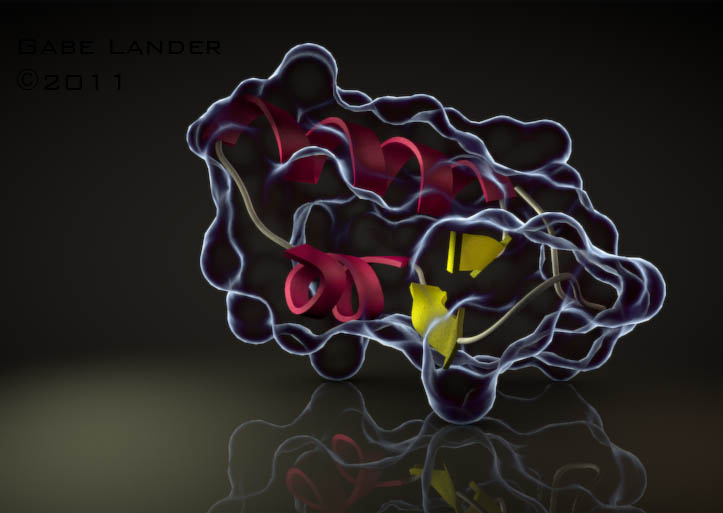 To make an undistorted see-through effect, I'll suggets to use a Transparent shader. It will basically just make the surface transparent, without any addictional effect.

The edges looks bright despite the very dim lighting, so I'll use an Emission shader to give them some light to show indipendenly from scene's lighting.

In order to make the faces whose normal are pointing toward the camera transparent, I would suggest to use a Fresnel node in conjunction with a Mix shader node. As said in the manual's page:

The resulting weight [of the Fresnel node] can be used for layering shaders with the Mix Shader node. It is dependent on the angle between the surface normal and the viewing direction.

The math node is used for achieve a better control of the appearence. 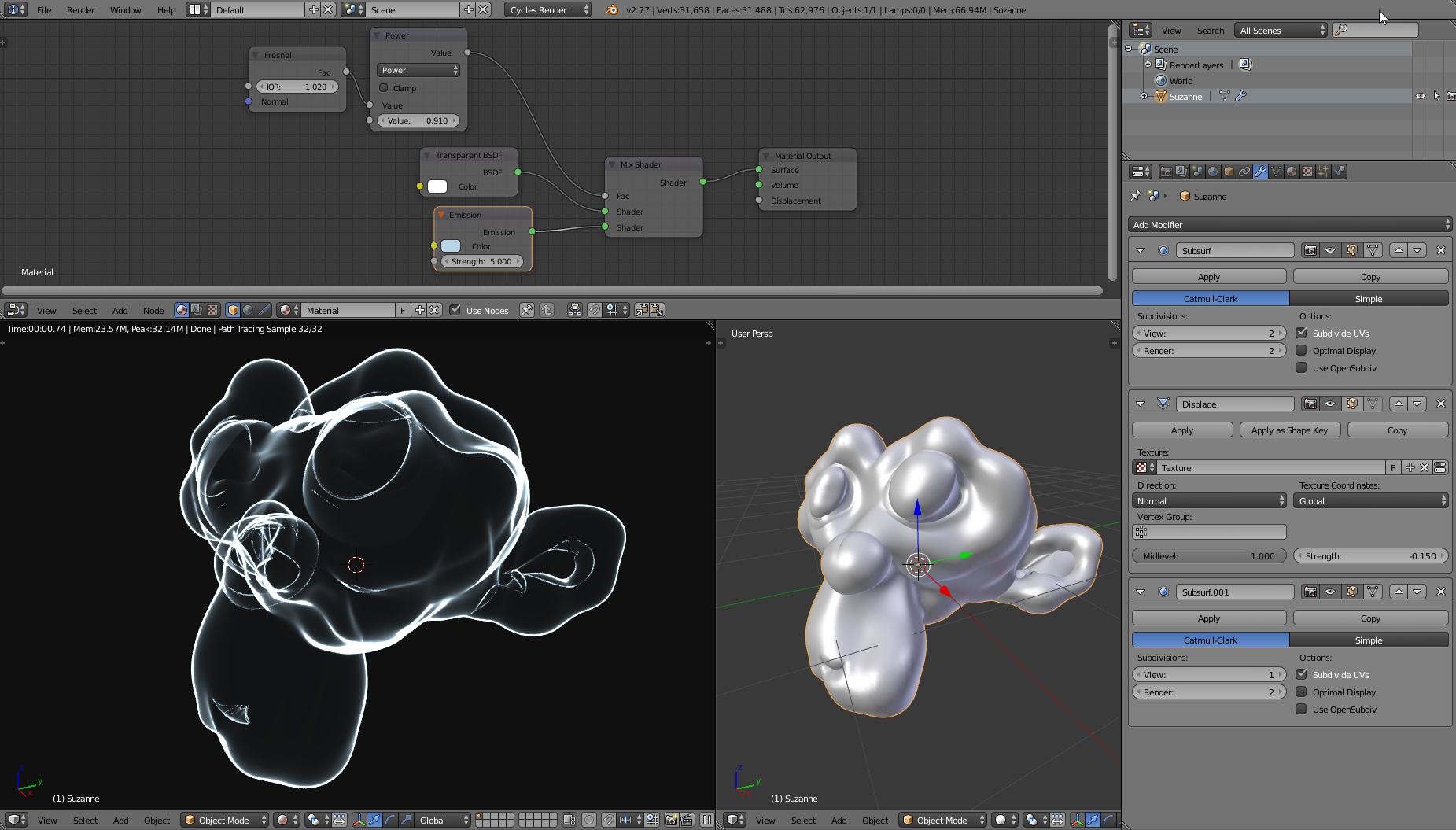 This is the basics of the shader. The appeareance could be obiuvsly be improved by adding, for example, a different palette to the Emission shader with the help of the Fresnel node (again!).

Here's one of the many possible shader acting in a scene similar to the one pictured in the question: 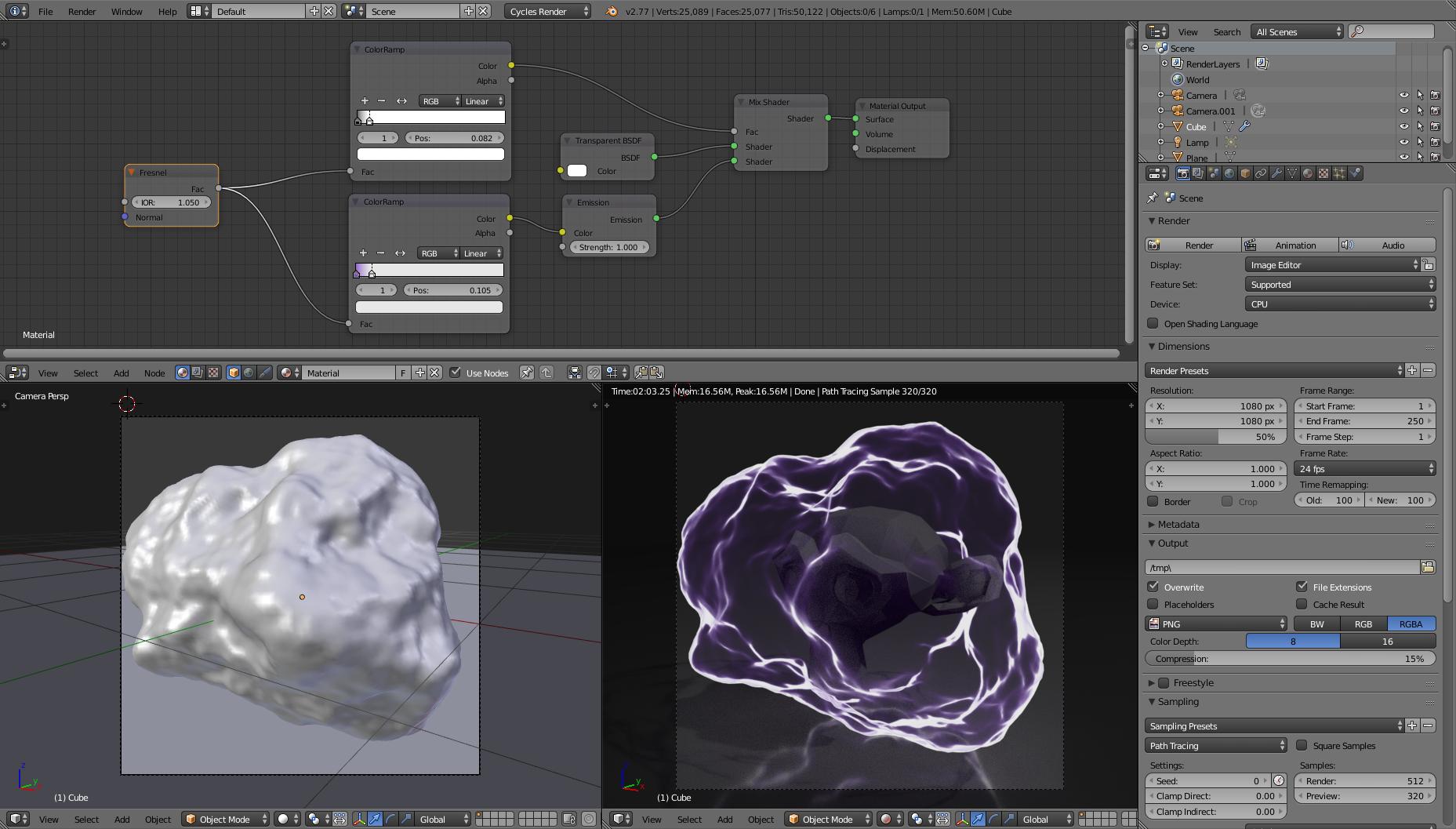 Not the answer you're looking for? Browse other questions tagged cycles-render-engine materials transparency or ask your own question.