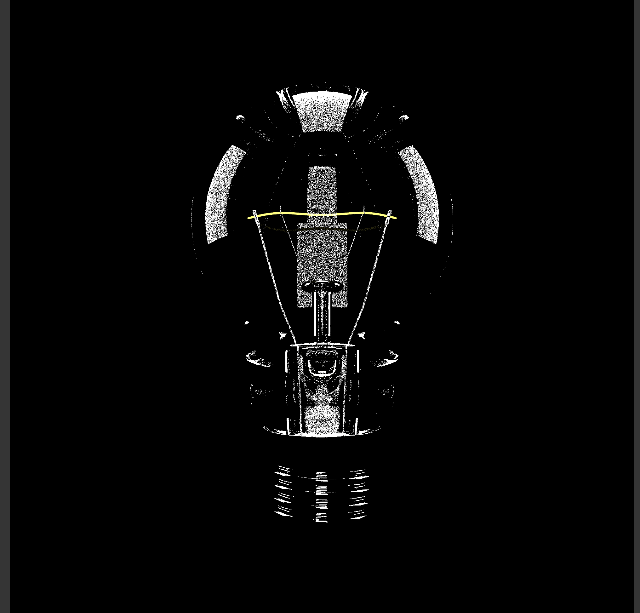 I am trying to render a lightbulb in cycles. I am still very new to this, but I cannot get the material correct and it is bugging me. I have the IOR at 1.5. I also set the film to transparent, but that is not showing up either. 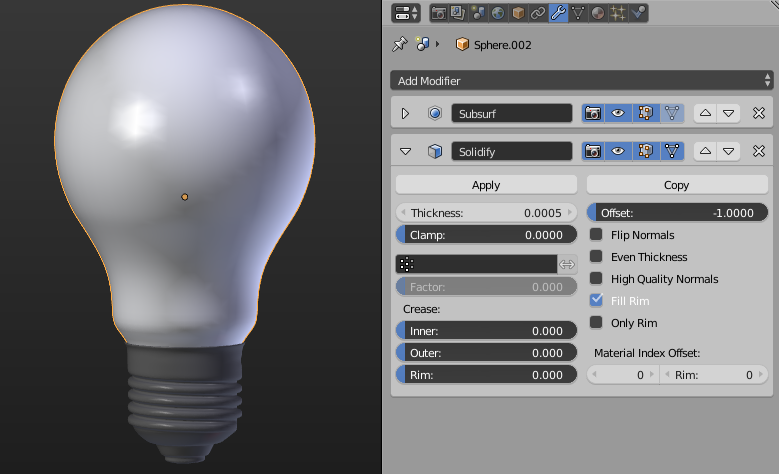 Here is one solution for the lighting setup: 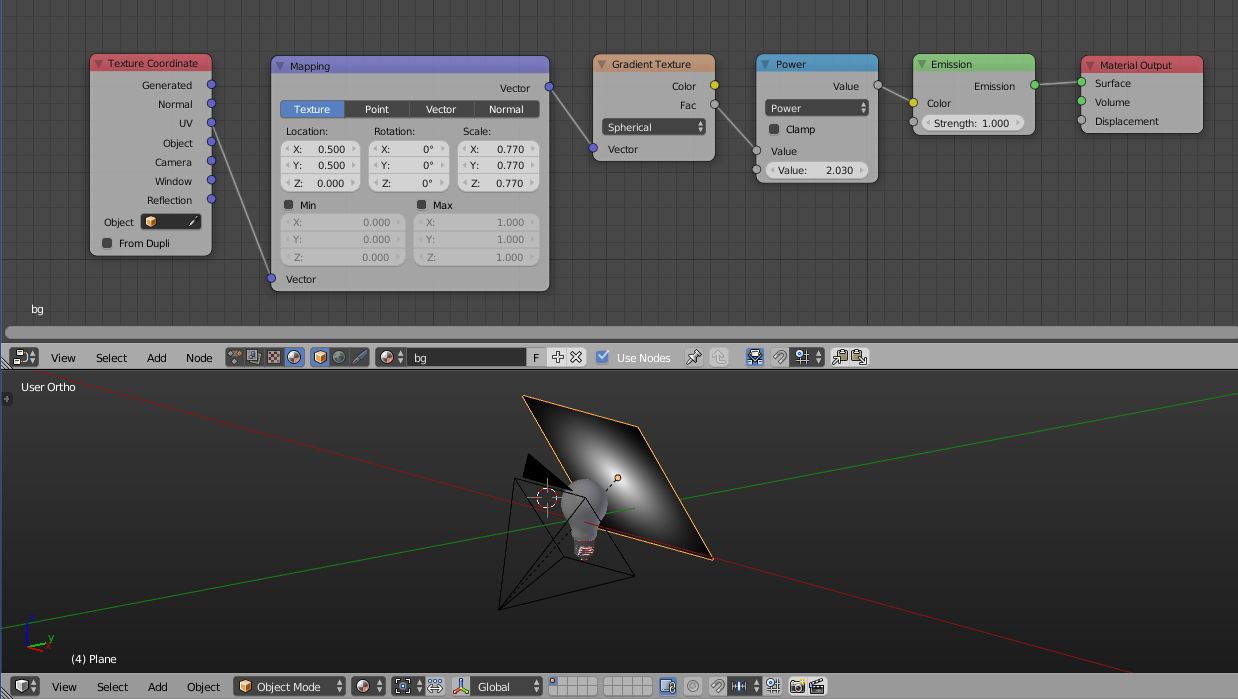 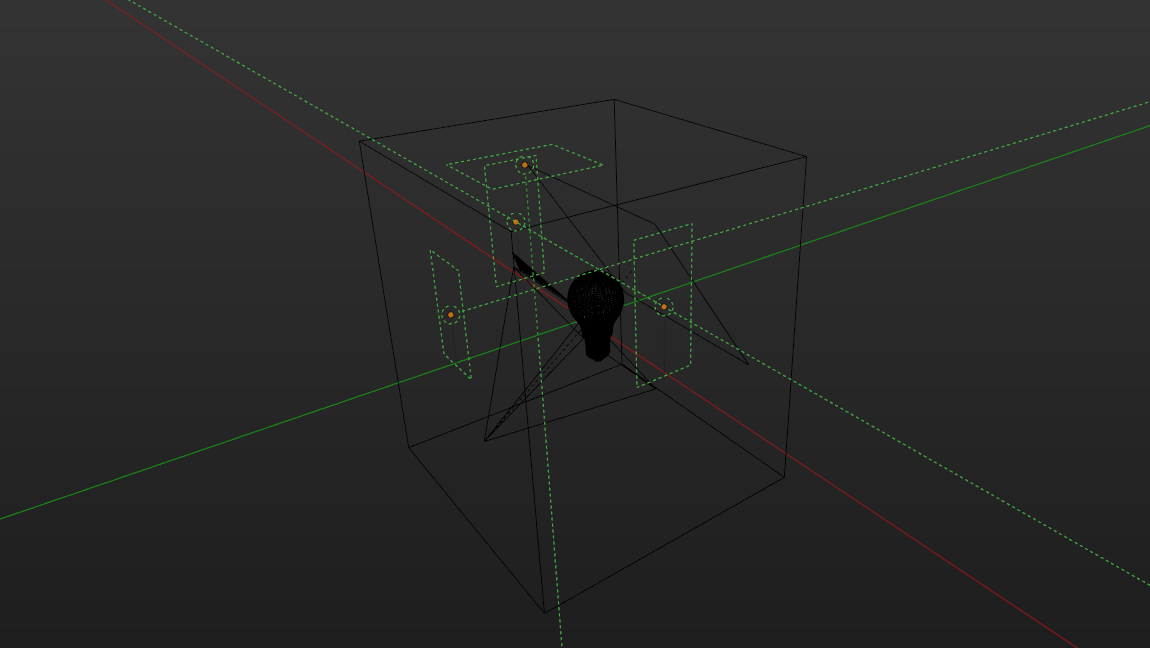 A test render with comparison: 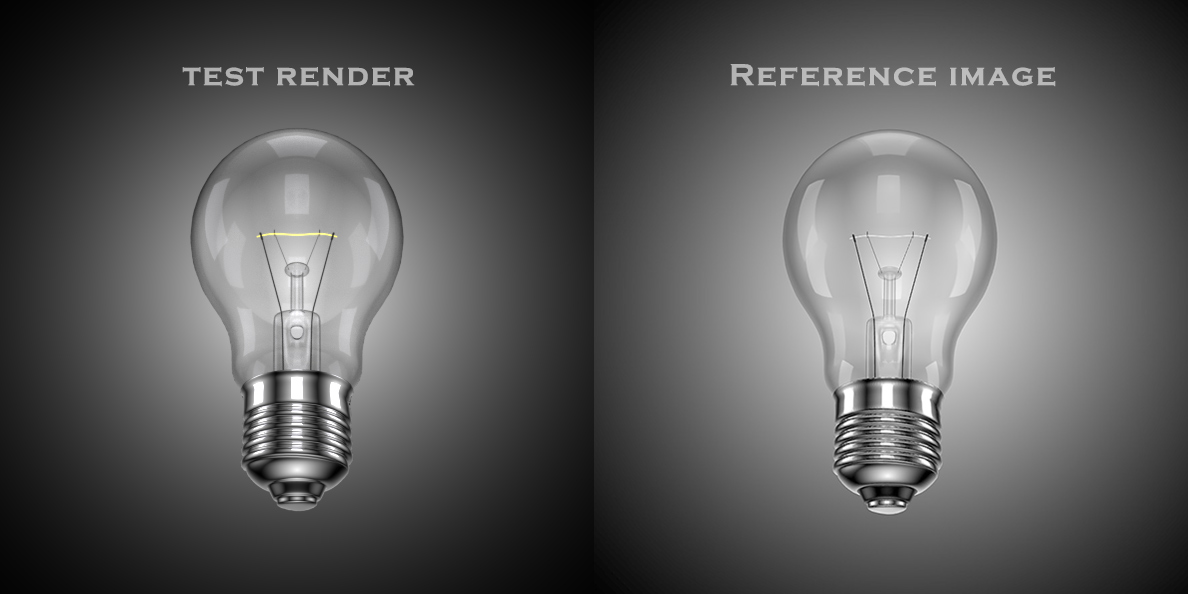 After reanalyzing the reference case, since it seems a bit "fake", it is very likely that the bulb material can be simulated without refraction property, which means, no glass shader needed, and no Solidify modifier needed.

So it could be a mixture of Glossy and Transparent: 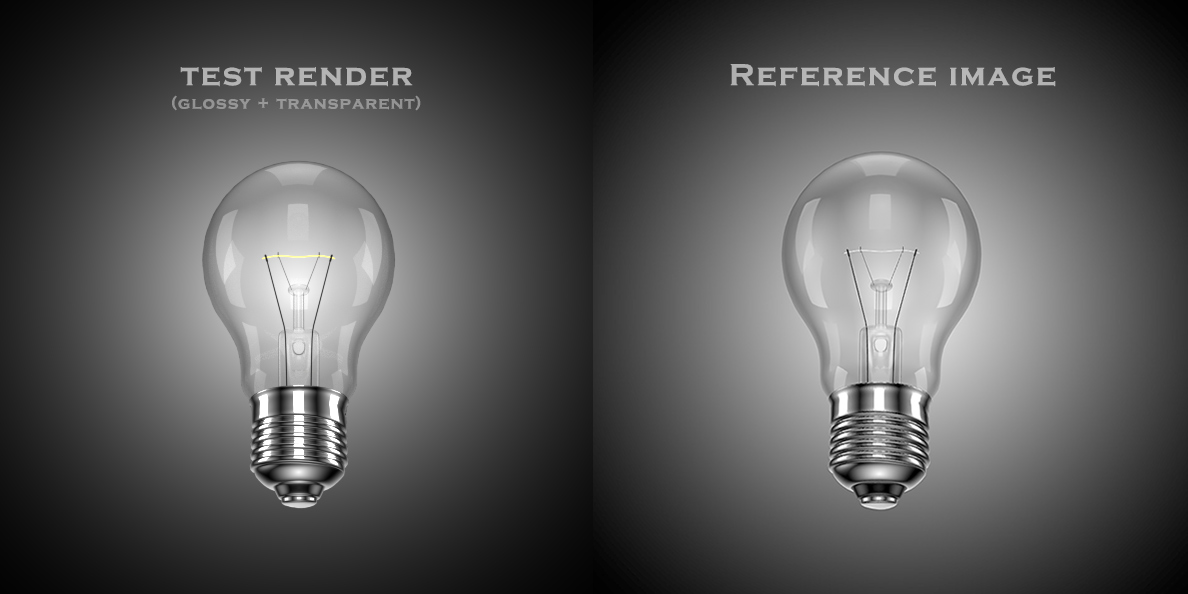 NOTE: Since no calculation for refraction, it is much quicker to render. Time can be dramatically saved in this way.

Add thickness to the glass with a solidify modifier:

Material for the glass:

(for more info on the glass read this: How to illuminate the darkness inside glass objects in Cycles?

For the filament make it 2400 kelvin (closer to a real light bulb) and give it more intensity.

Make the panels that surround the light bulb a glossy shader, so that the only emitter on the scene is the filament of the light bulb. 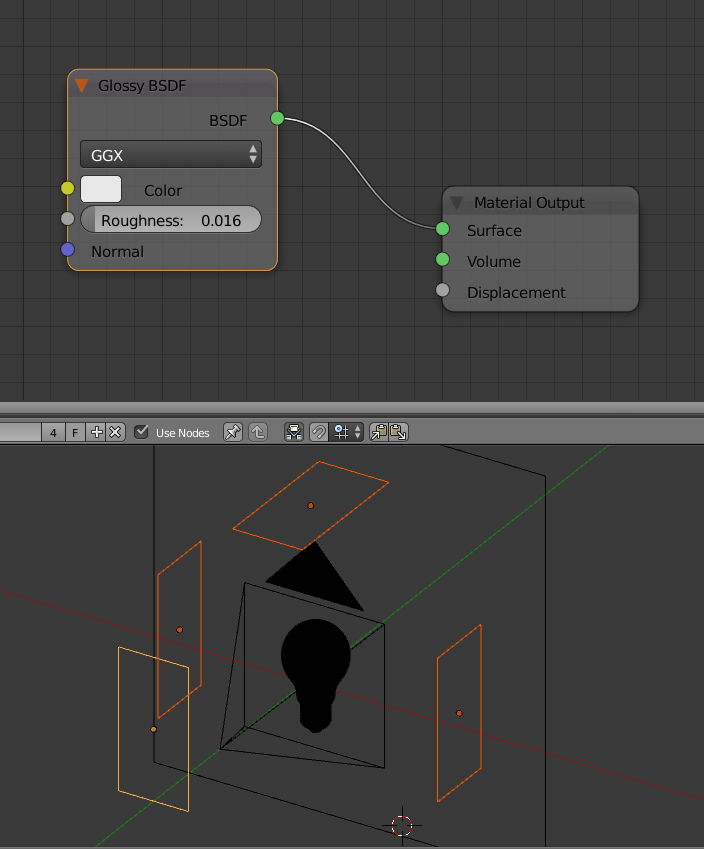 Render and use a CDL node in the compositor, and use a wide dynamic range view in the color management (see this post: Render with a wider dynamic range in cycles to produce photorealistic looking images) 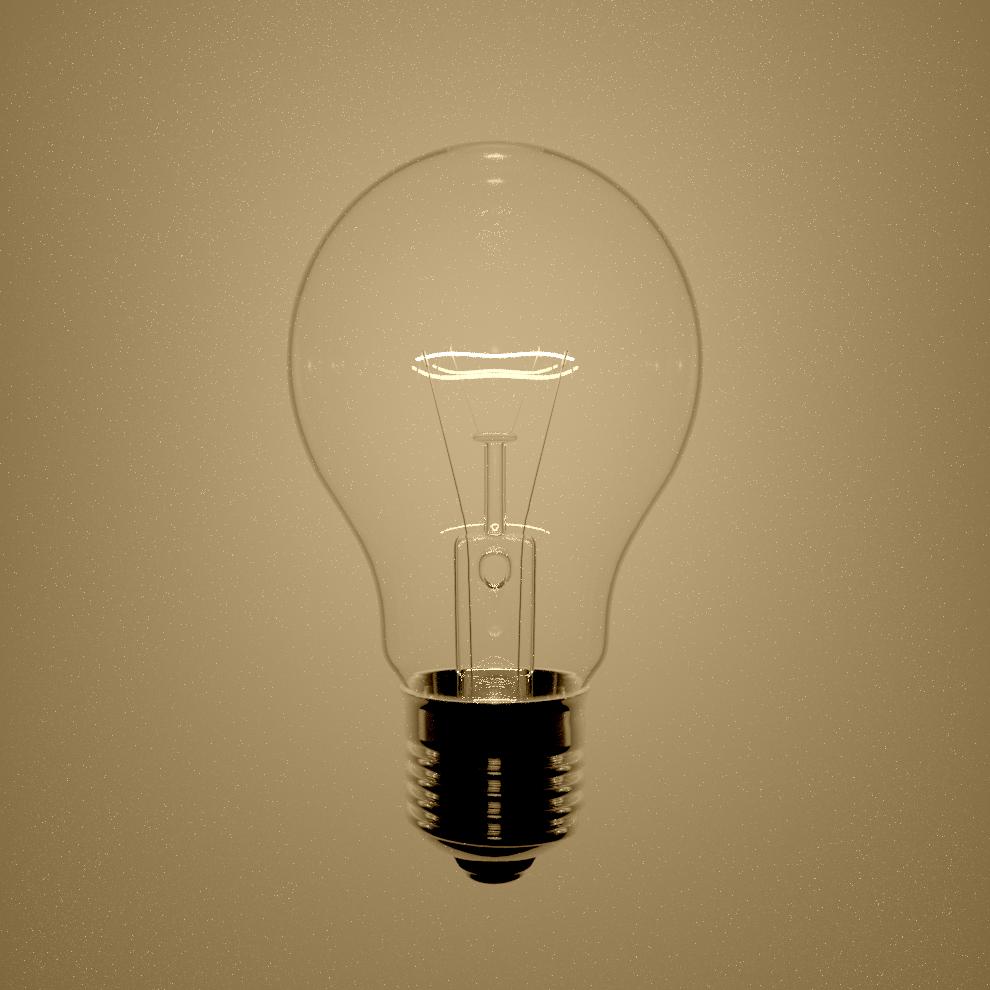 To control the intensity of the filament even further you can create a emission shader that has different intensity to the camera but makes the scene much brighter. 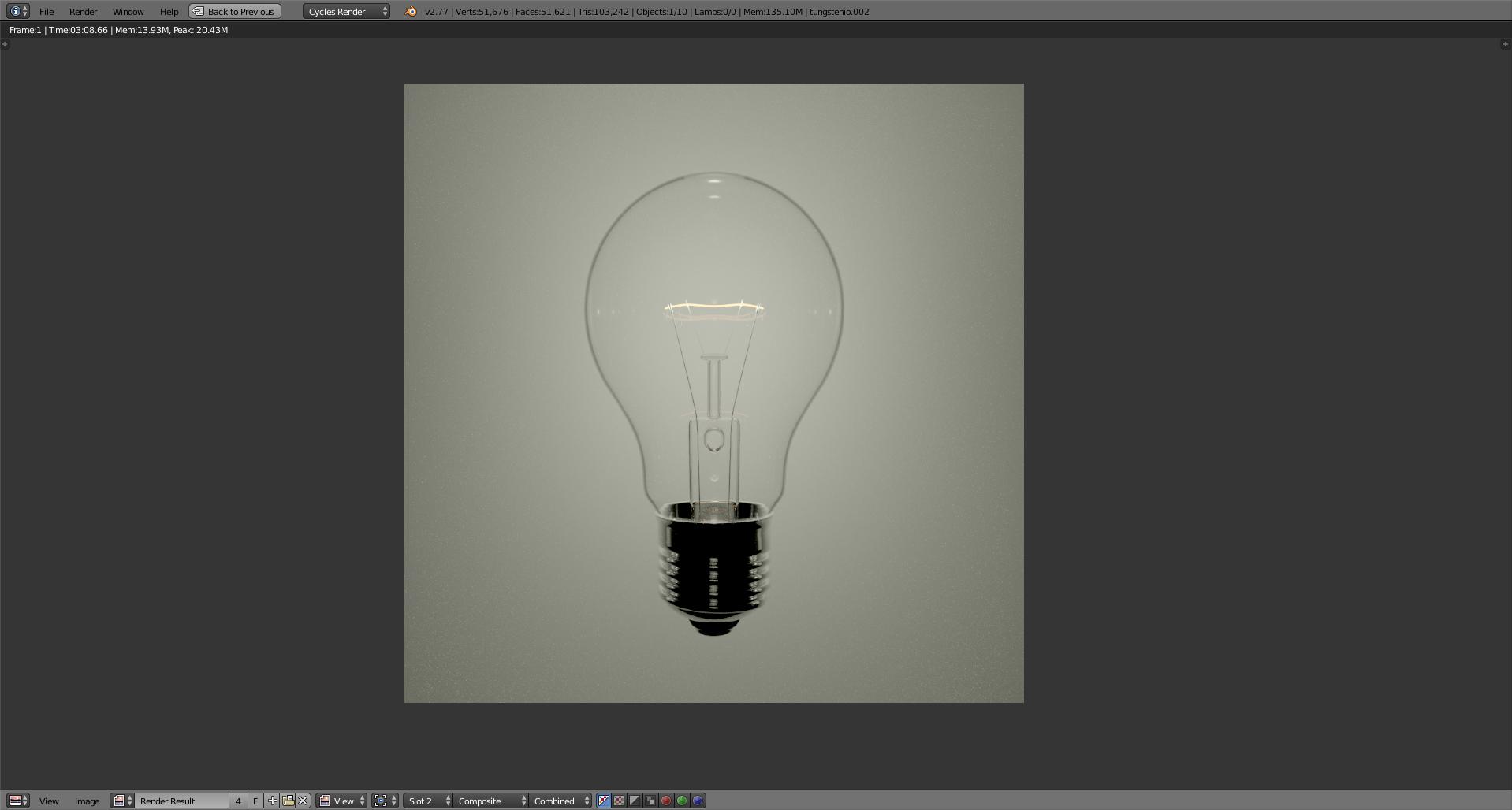 Allright, so here's my try on this one: 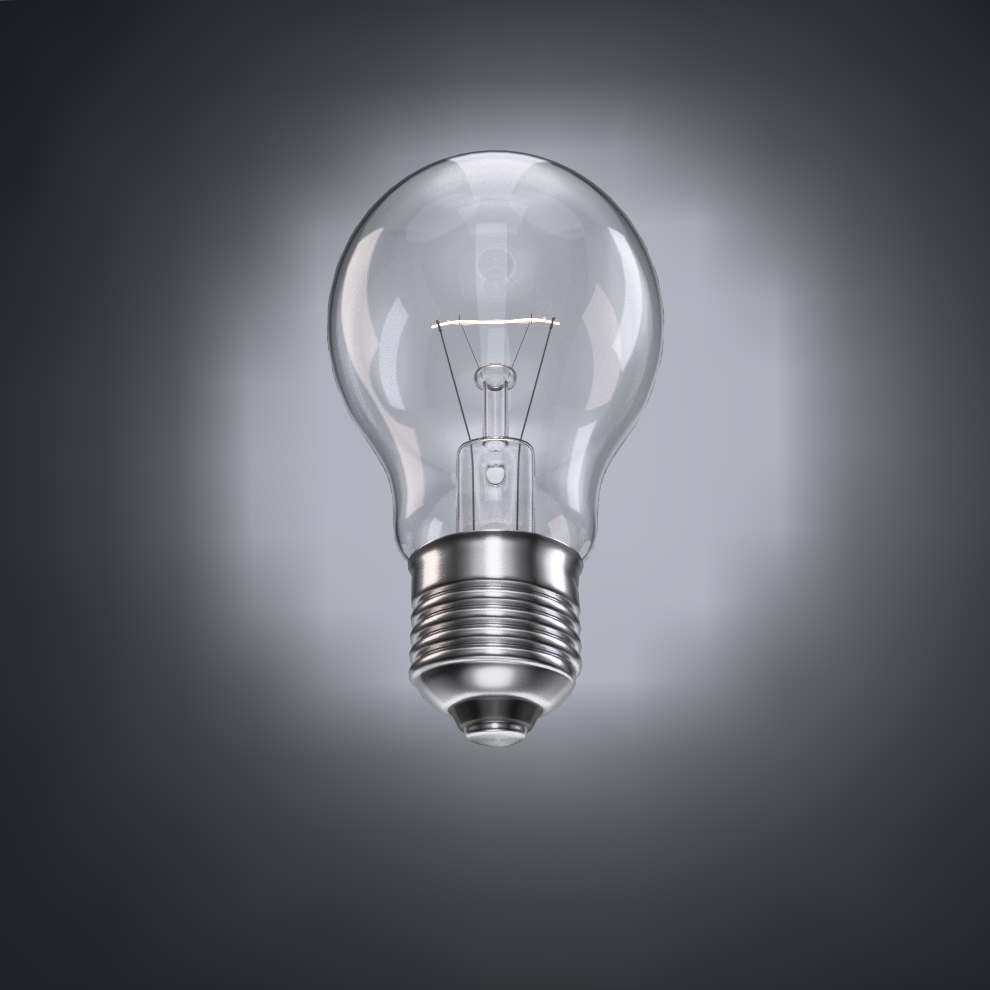 I started off with our initial Light Bulb scene that you uploaded first, and took the Turbosquid model as a reference all the time. What I can honestly tell you is that this guy, whoever made it, is really really good at lighting and composition. But one after the other.

Regarding the model you gave us, I only added - as suggested earlier already - a solidify modifier to the glass. This ensures that Cycles can calculate the refraction correctly. Other than that, your model was perfectly fine, no more changes.

The next thing I added was - again suggested already - the background. It is really needed for this scene to work. I hand-painted a gradient image in Blender for the Background on a 16 x 16 pixel canvas (no joke) and let Blender smooth it out when upscaling. You can kinda see some artifacting going on, but hey, for an afternoon not a bad image.

Then, looking at the reference image, something struck me which you missed and was really important. The perspective was off. Notice that in the reference image, the camera is looking upwards to the bulb, so you can see more detail on the thread. You were aligning it straight on. That was what was off with the composition of it.

Then I started blocking out the lights. I replaced yours with Area Lights, I dunno, I just prefer them... usually... But I couldn't get the lighting right. And then I noticed it when examining the image closer: Around each clearly visible area light, there is a bright soft brim. Bang! That was the trick! So I went in and placed behind each Area Lamp another mesh plane, made it emissive, and textured it using the same gradient which I used for the background. That's the main secret of this image!

Finally, I noticed around the thread that he had a nice rim light. A standard Blender Point Light worked for me in this case.

In terms of materials, yes, I changed them, but less than I expected. I used a pretty standard glass shader for the bulb, without any light path magic (doesn't work well for glass anyways). But for the metals I went for an anisotropic shader. Gives nicer reflections to my taste. And thats's the story!

I'll try to upload the Blend file tomorrow, once I found out how to do that :| But a few screenshots from the UI cannot harm: 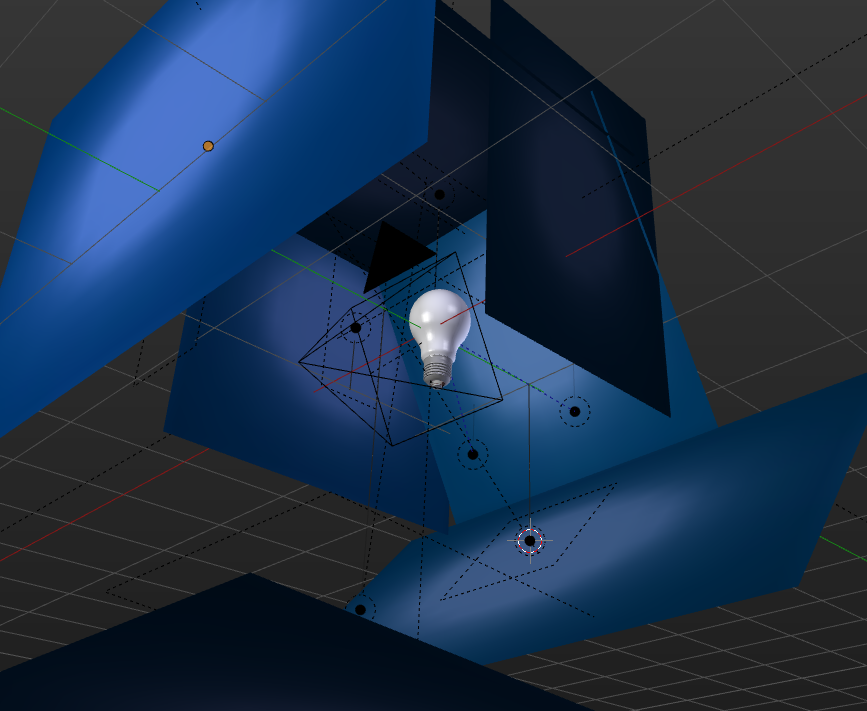 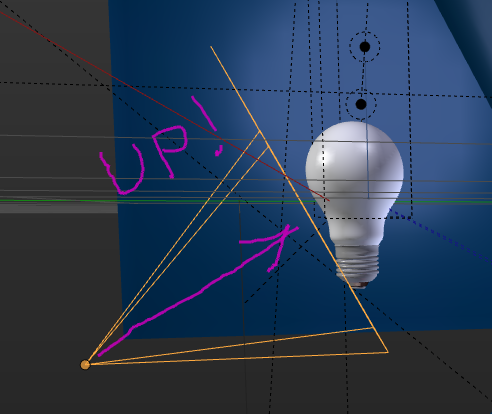 Edit: Here is the Blend file:

I wanted to answer this question as I am not happy with what I have obtained so far (and hope that other answers will bring more solutions).

Here is what I have obtained : 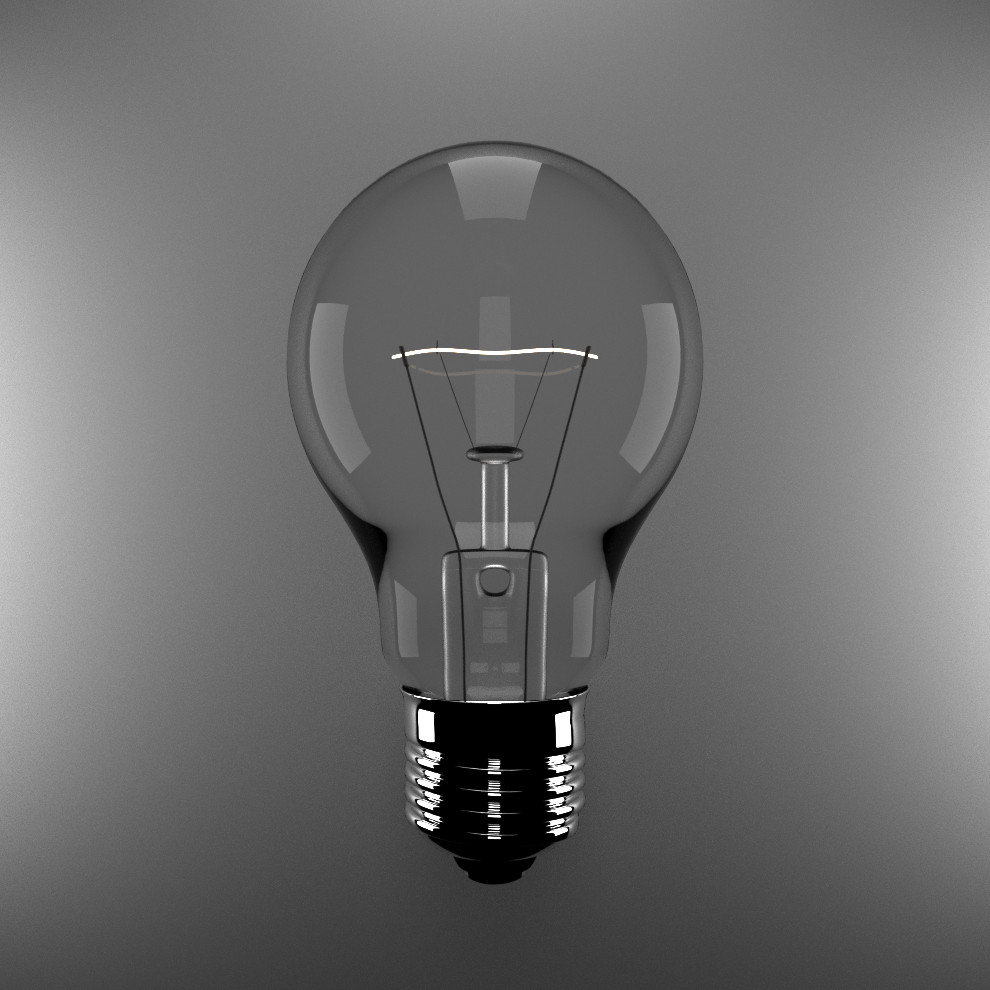 Improvements (from the question) :

But many things are wrong : 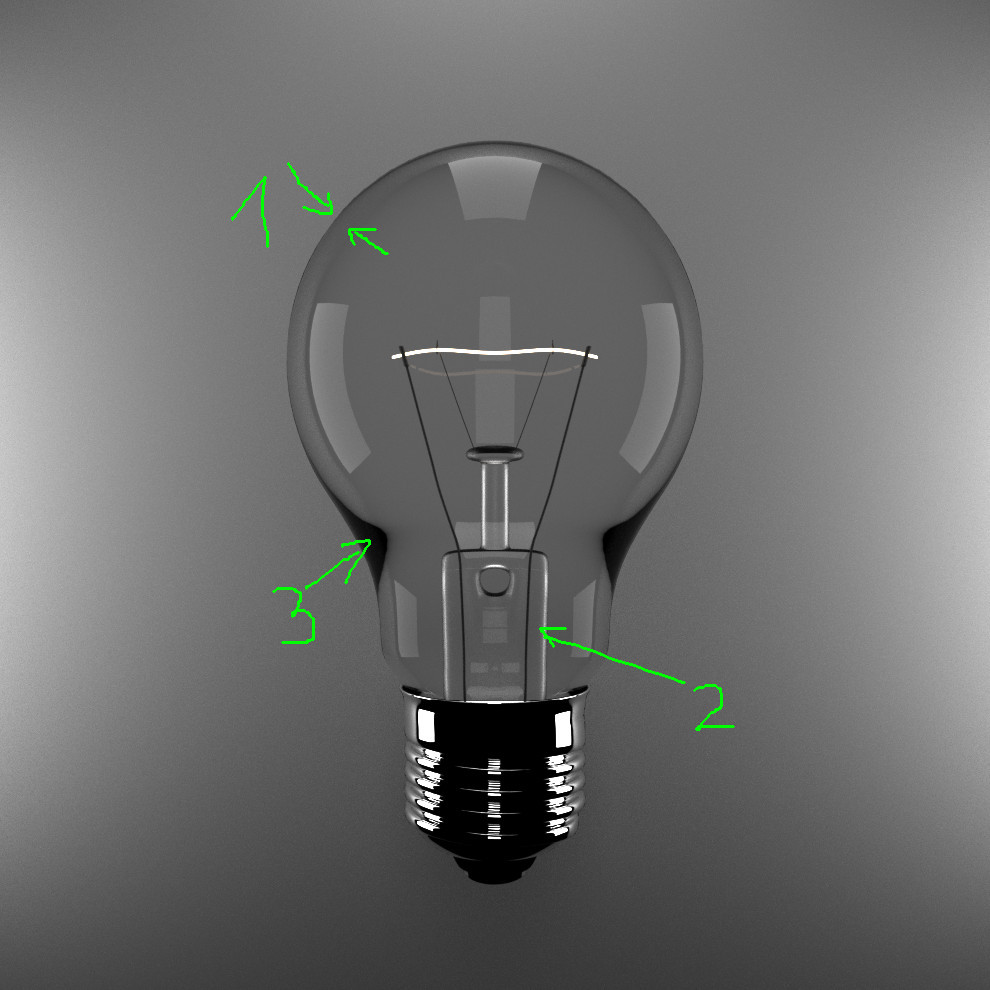 How to improve all that ?

I think there are many things to explain. You need almost an entire process of creating a scene with materials, lightning and setup rendering. There are not "one click" solution. This need study of a lot of things.

In this tutorial you can find some very useful tips how to create what you need. https://www.youtube.com/watch?v=Xbc3KMIOuKM

118
Render with a wider dynamic range in cycles to produce photorealistic looking images
50
How to illuminate the darkness inside glass objects in Cycles?
21
Light-bulb Filaments: Brightness and Internal Reflections in Cycles
16
Make the flame of a candle more yellow
1
Emissive Surface unknown shadow
1
Noisy pixelated lightbulb filament emitter
2
Faint duplication of elements seen through glass
1
Image-based plane light eliminates mesh light
0
Trying to recreate an effect that envolves emission and cant get it right at all

2
Transparency problem with tga material/texture
5
How can I manage to bake this out?
5
Glass Volume Material with Caustics and Colored Shadow
2
Ultra realistic excrement material needed
3
Cycles - transparent background still renders background color through glass?
0
Eevee vs Cycles on tinted glass
2
Umbrella fabric material
2
How to make the windows material transparent so that I can see an image through it?