When is it useful to mirror?

Having discovered the mirror modifier I have been assuming I should always use it when modeling a symmetrical object.

For instance, take a simple stool. Is it more efficient to model one half with a mirror, or model the round top, and one leg, and then copy the leg around to each quarter?

Can I make a mirror of a mirror and model just a quarter of the chair? Should I?

Basically I am asking for alternatives work flows to mirroring, and the relative merits of them.

For anything with symmetry:

you can mirror x,y , try it! place the origin at the center and tick both x,y axis for the mirror.

an Array Modifier can be useful when the repetition goes beyond straight x,y mirroring. Use an empty as the object offset and rotate the empty on (for example) the z-axis by 60 degrees, to get a radial array like this example:

Note: object offset is generally referred to as the pivot point when talking about radial arrays.

And then there is the Screw Modifier, which can be considered a Lathe modifier, which lets you draw a profile and rotate it around to form the shape. This is very common practice. I prefer the screw modifier instead of the Spin tool, because you can keep editing the profile without having to 're-spin'

You can combine these geometry modifiers, for example you can mirror a section then radial array the result. Here's a crude example 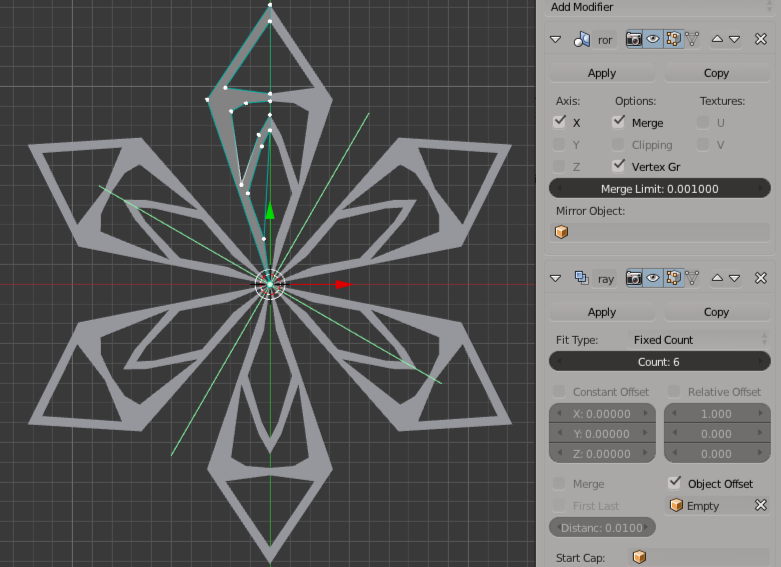 Drifting from your example a bit, one other case would be when modeling cylindrical or perfectly round objects, say for example a vase. A mirror modifier would be very inefficient in this case.

Instead of manually shaping or mirroring the object you can make half the outline and Spin the mesh.

Trace half the outline with a curve or using vertices. (If you use a curve, you will have to convert it to a mesh before doing this, just use Alt + C) 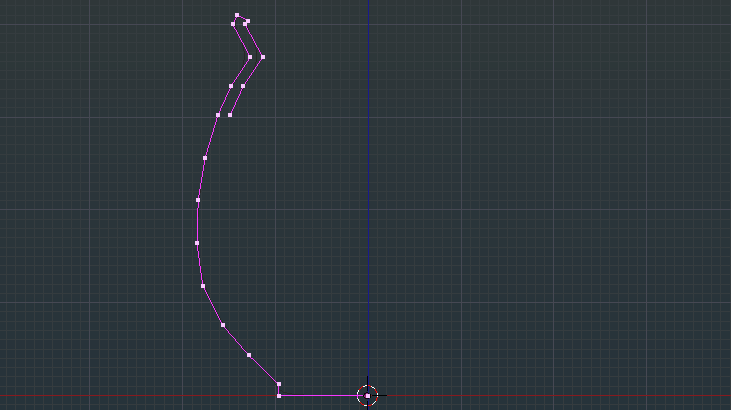 Then Spin it, switch to top view and use Alt + R and configure the settings in the toolshelf.

NB: You should remove doubles after this operation as the trace will end up back at the beginning one if you do a complete spin, use W → Remove Doubles.

You get more efficient memory usage using linked duplicates and even more so with group instances. But a slower, less elegant work-flow.

One example for when the mirror modifier isn't useful, is when you already have a lot of geometry in your object and you want to mirror just a minor part. Then you either need to separate the symmetrical part by selecting it and pressing P, then use the modifier, apply it and join the meshes with CTRLJ, or you disregard the fact that other parts are mirrored along and you delete them after applying the modifier.

you use the old method of mirroring. You select the part, duplicate it with SHIFTD and mirror it with S, X/Y or Z, -1, basically scaling it to -1 on one axis.

When working on small parts of a bigger mesh, it's the fastest method. You can use the 3D-cursor as the pivot point by snapping it to selected verts that lay on the symmetry plane with SHIFTS-3. Then you can switch the pivot center to cursor with . (change to default with ,) and scale like described above. Selecting everything and hitting CTRLN to recalculate the normals might be useful afterwards.

Not the answer you're looking for? Browse other questions tagged modeling modifiers workflow mirror or ask your own question.

63
How can I add vertices to intersection of two edges?
25
Fractals in Blender?
10
Mirror an object via modifiers on a point(instead of a plane)
6
Is their a way to create half of a model and duplicate other side