I'm using Blender to create a four-room Basement set for use in DAZ Studio. I have the basic architecture finished: floor, walls, ceiling, and stairwell. In DAZ Studio, I need to import this as a Figure with each object as a separate bone, so users can hide parts of the set while setting up scenes. Here is a screenshot of my Blender scene: 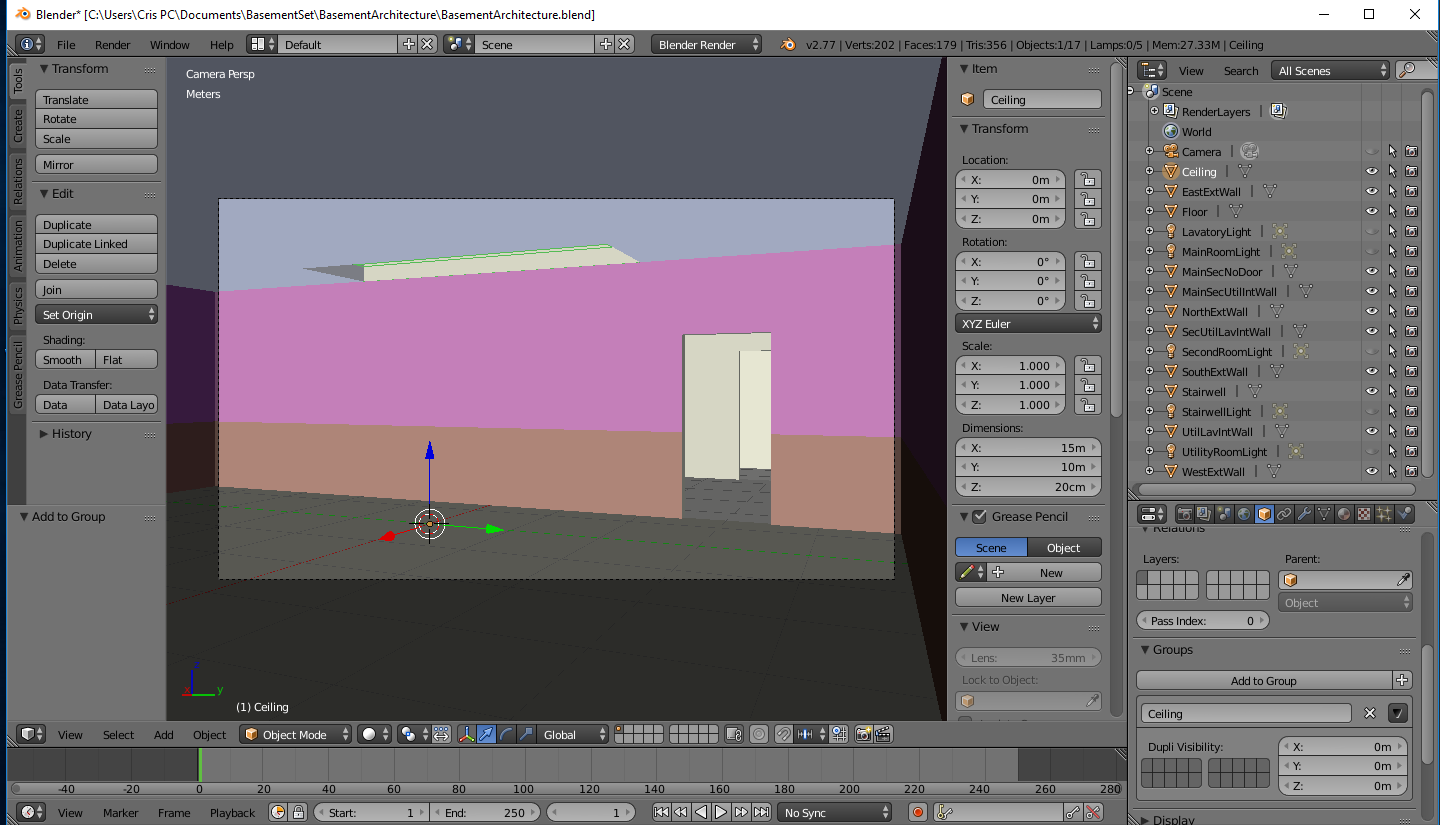 UPDATE: I realized that I had assigned each object to a group (in the Properties>Object panel) but not to a vertex group (in the Properties>Data panel). So I deleted the groups and assigned each object to its own vertex group. But when I exported as an obj and imported in DAZ Studio - again, adding geometry in the DAZ Figure Setup window - the entire set still came through as a single object with no component parts that I could set as bones.

UPDATE 2: The problem was my Blender export settings. A DAZ forum user suggested these settings -- where (+) means checked and (-) means unchecked -- and they worked:

CORRECTED FIX: The problem was my Blender export settings. To ensure DAZ gets the normals correct on all faces, you need these settings: where (+) means checked and (-) means unchecked -- and they worked:

1
Auto-export to OBJ format on save
1
OBJ with Vertex Group export and import
0
How to export vertex colors or vertex group as polygroup for export?
1
OBJ format: can you export faces with indexes relative to the last "o Something" (object)?
2
Obj vs blender file while saving assets
6
Why OBJ export writes face normals instead of vertex normals
1
Attempting to export as a .OBJ with .mtl, but the resultant .mtl file lacks an actual map
2
mtl file after exporting comes without texture map (map_kd ...)