I am building up a firework scene after watching this tutorial. However, some problem turns up when I set up the second Particle System. In the tutorial, the second particles emission from the first ones. But when I tried it out, it is not so. My second particles was a line of cubes(at the cursor of the picture). I changed a lot of setting, but it never works like in the tutorial. 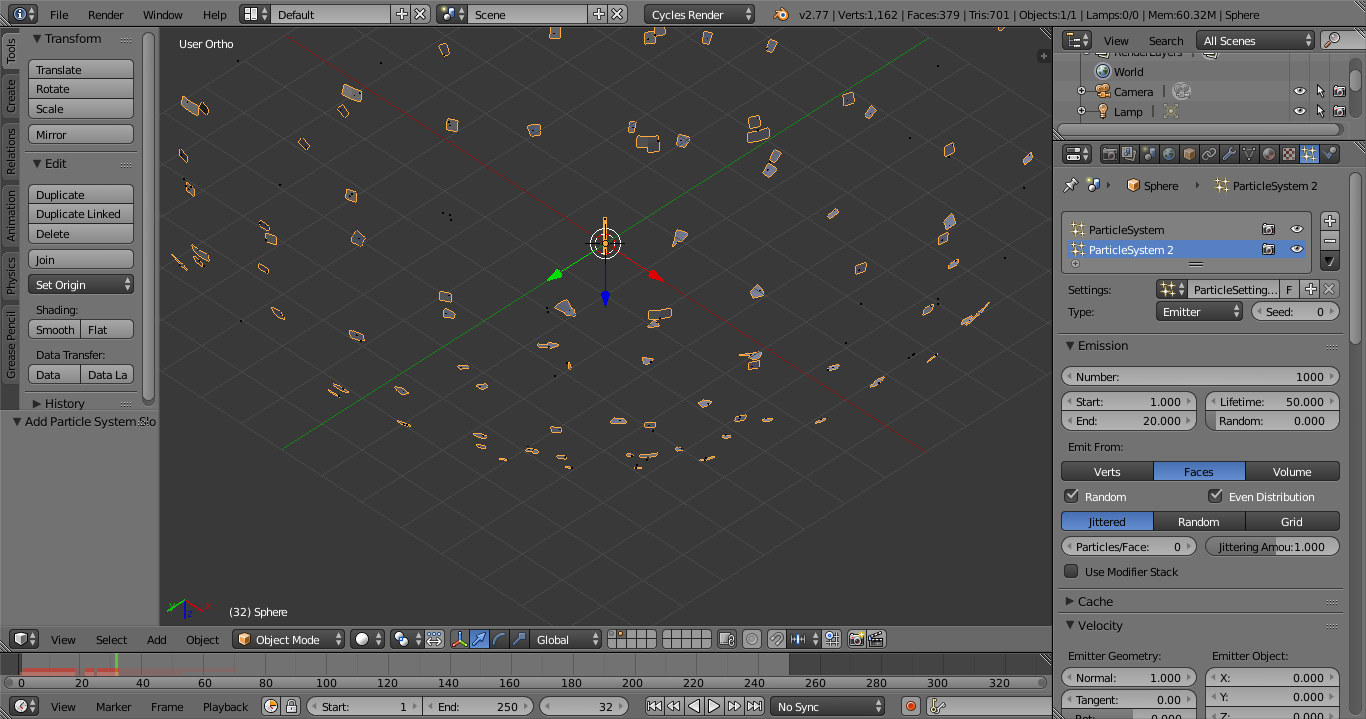 My blender file is uploaded to GDrive, Download it if you need it. Don't care about the stuffs in the first layer;)

You will setup it as desired, the main option to change would be start and end frame.
Starting frame should be roughly the same as the end frame of the first system. Values from the lesson didn't work well so I changed them - while particles of first system die at frame 26, particles of the second one burn at 23.

However to make second particle system emit particles from the faces exploded by the Explode modifier you should enable Use Modifier Stack option: 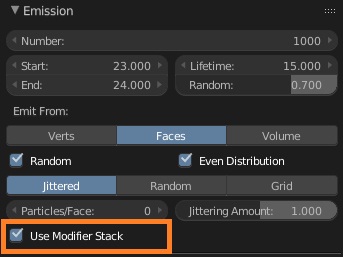 The reason this wasn't mentioned in tutorial is because Use Modifier Stack option was added starting from version 2.68.

1
Why can I not change Particle System settings anymore?
0
How do I keep a cloth simulation from interacting with a particle emitter, while still interacting with the particles?
1
Particle system emitting upside down
1
Particles disappear if I modify any parameters
1
Weight-painting hair particles