i was just having some issues with Blender. I wanted to edit a video clip in the VSE. The filmed footage contains one person running through the woods a couple of times. I did not change the position or angle of the camera too much, so the background is mostly aligned - some changes in leaves for the wind etc excluded. I thought i could just mask out the people moving and overlay all the three shots to combine them to one. But as the mask doesn't move in the VSE after being animated in the clip editor, I am stuck right here.

Maybe the best option would be if there was a tool to just find out which one is the background, have some tolerance to variations in leaves etc., and than mask it all out by this sort of clean plate. This would idealy leave me with a sequence that only contains the moving man that is different for all the three shots, and the rest is alpha so i can just drop two of those over the last one which will bring in the woods again. Do you see any way to achieve what I'm trying to do?

Thank you for your help!

Actually you can animate mask in two ways: 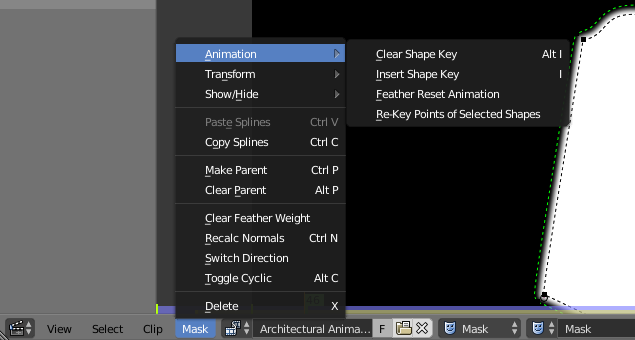 VSE Mask modifier effect will be synced with the changes.

Not the answer you're looking for? Browse other questions tagged animation video-sequence-editor masking or ask your own question.