How to render a very complex scene using Render Layers?

So that the Alpha Over property is implicitly applied to every frame after I do it on the first frame.

I am using Cycles Render, and Blender 2.75

Edit - The full image has soldiers and the plane. One image has the plane and one image as only the soldiers.

The soldiers are animated, but are in a different layer than the plane. I want them to be rendered with the animation along with the plane without moving them to the same layer (using Render Layers.)

This is the soldier layer -

This is the plane layer- 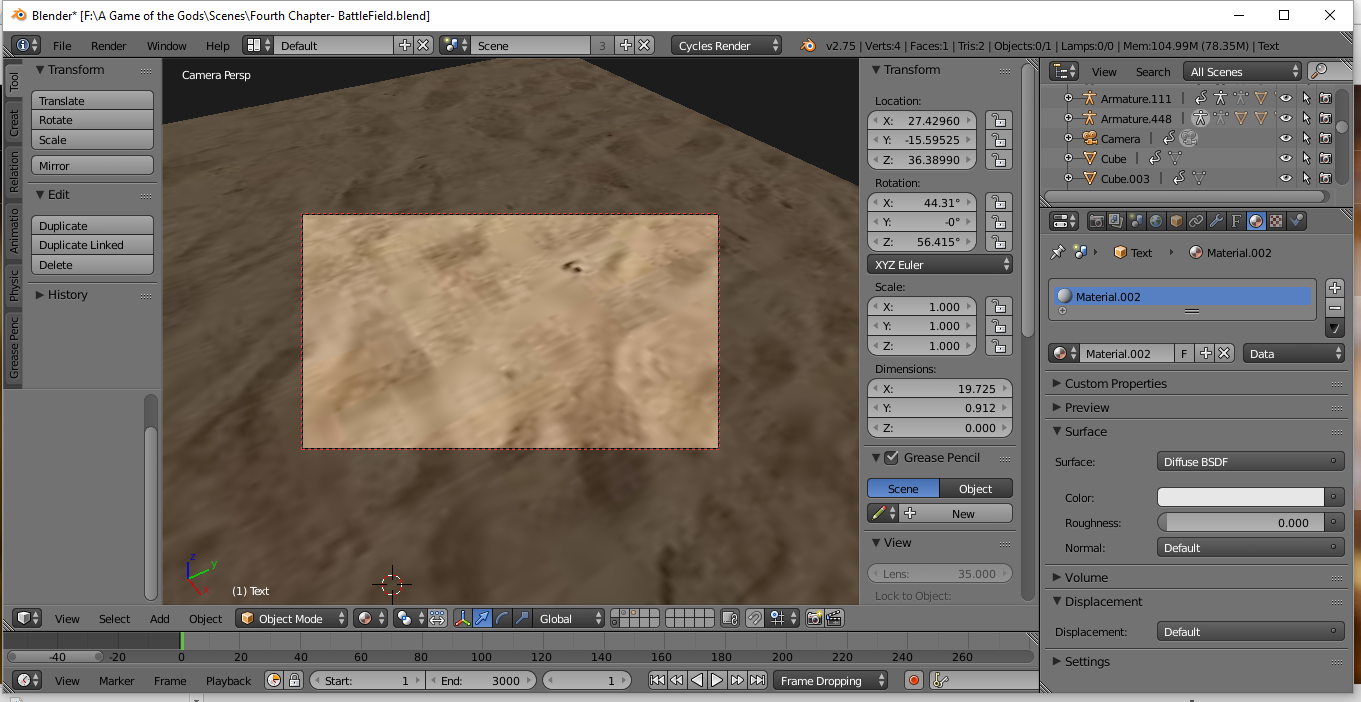 This is the full one (both soldiers and plane) -

Okay, I'm going to get the ball rolling by answering your question at face value. Here's a simple alpha over composite with 2 Render Layers.

I have 2 Scene Layers active, and have assigned each scene layer to a render layer. You'll notice that the shadow is rendered on the ground layer. This is because both layers go into memory and the monkey casts a shadow on the ground even though the monkey is not rendered in layer one. If (for memory reasons) you did not want the monkey to affect the render calculations for Render Layer 1, you would add an Exclude selection for layer 2 on the Ground Render Layer. If you did this it might help with the rendering load, but you would lose your shadow on the ground, and would have to render it another way. If your ground object was really complicated and heavy (rendering wise), you could add a second simple plane on a third layer that could be used to generate the shadows for your solider layer, and the composite the 3 layers together. 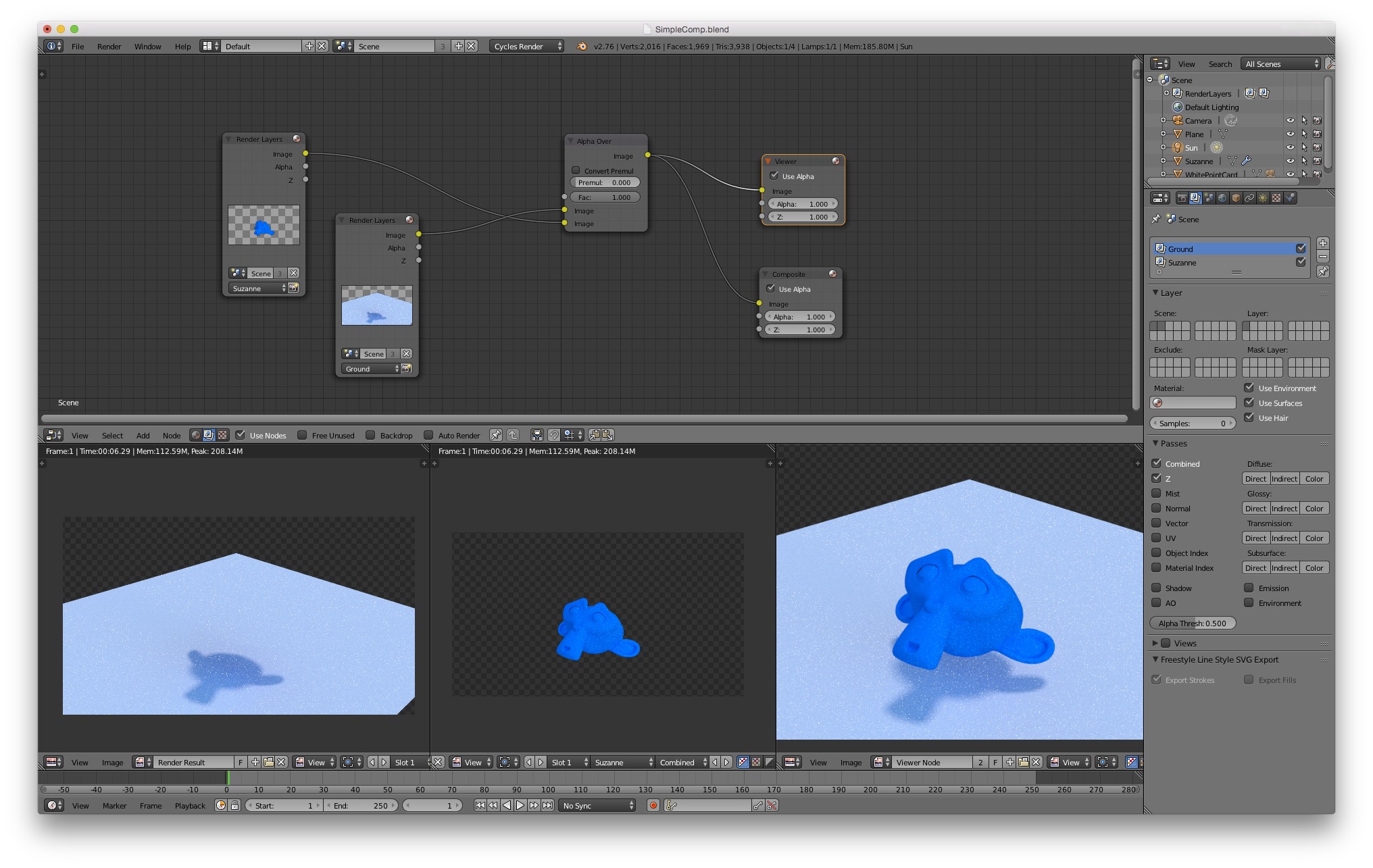 Not the answer you're looking for? Browse other questions tagged render-layers or ask your own question.

3
Best way to create Godzilla's Atomic Breath (Cycles)?
0
How can I render a very large image in cycles?