What are the pros and cons of using Blender on Windows or Linux?

Is Blender more stable on some Linux distributions, or just on Linux at all? I am contemplating dual-booting my computer and partition some of my HDD for Linux to use blender there. Would there be any noticeable differences? Would render times decrease?

Blender works wonderfully in any of the supported platforms.

That presumes that the specific host computer and operating system it is configured correctly. In other words, a computer with the right components and the correct drivers for the specific hardware will work fine with blender, regardless of the choice of Operating System.

Most of the incompatibilities come from using certain Linux distributions and brands of hardware and the drivers for it.

Not all Linux distributions were created equal.

In Fedora Linux, CentOS, or variants of RedHat (among other distributions) there have been some issues with video codecs not being available or hard to install. Some distributions try to avoid legal issues and will not include some features and libraries in their official repositories, so the user has to do a bit more effort to enable those formats.

Depending on the desktop environment in Linux, there might be some conflicts with the shortcuts that blender uses. In that case is a good idea to reconfigure shortcuts for the OS and being able to use blender with its native shortcuts.

Yes, windows is plagued with annoyances, but so is Linux. It is easier to find support for new hardware in windows, as is more widely used and is the manufacturer's main market. Linux does require the user to be more informed to troubleshoot issues, it might not be as "plug and play" as a commercial OS.

How you install Blender might make a difference. Usually repositories are not up to date with the latest version of blender.

Flatpack, Snap or others installs are also not created by the blender foundation. Their usability, and performance might vary.

It is better to work with versions downloaded directly from blender.org

In my opinion (I use both systems side by side all the time) the supposed advantage of Linux over Windows in terms of speed and stability is largely over-hyped, more of and old myth, and not so real anymore. At least in the case of modern systems I have not seen much of a difference in the usability and rendering times for blender...

But instead of relying on hearsay, you might want to try both and decide what works for you...

It is commonly said that performance is generally faster under Linux based operating systems, both during regular program operation and rendering.

Linux is also commonly said to consume less resources than other operating systems, leaving more available memory and processing power available for applications to use.

According to this recent article's benchmarks, Cycles GPU rendering is generally considerably faster under Linux than Windows for the same hardware configurations.

Have in mind that your mileage may vary and not all hardware/software combinations behave the same under each operating system or for all types of tasks. Dual booting may still be a better solution, also considering the diversity and availability of software for each platform.

If you are using CUDA rendering, Linux is faster by 20-40% due to the overhead of WDDM in Windows 8/10. This is regardless of if there is a display plugged into the GPU or not. 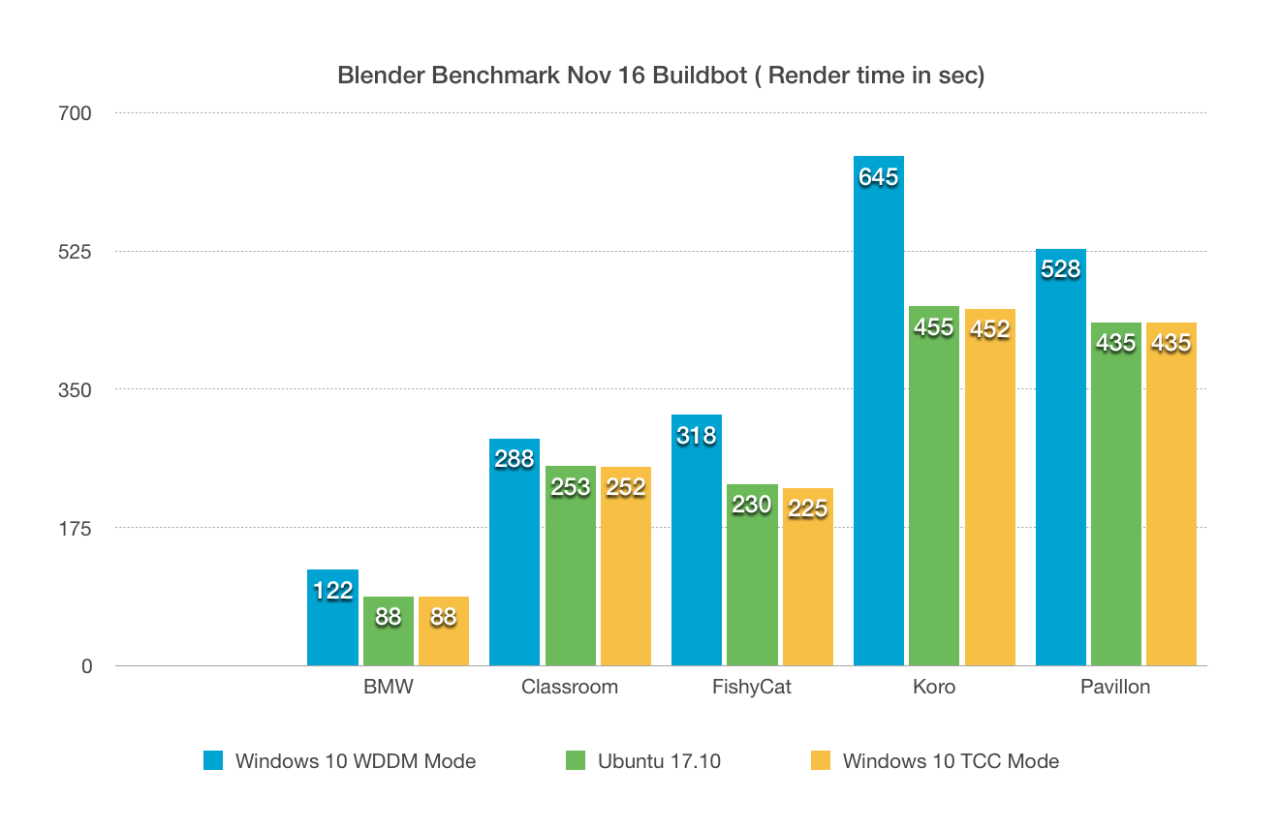 To work around the issue on Windows, you have to set your Nvidia Card to Tesla Compute Mode(TCC), which is only supported on Titan and Quadro class cards.

Linux is faster with NVidia Gforce 1070, in the best performance mode Windows take more than 4 seconds to render the initial cube in 128 samplings and full HD size (Cycles) and in Linux take less than 4 seconds, 3,63.

So I'm using Linux without a doubt, Linux Mint and last kernel.

I had experience with the windows 10 and Ubuntu 18.04LTS

Blender on linux runs much smoother, it's also a good experience to learn how to render from the command line you can use it for cloud rendring.

In the other side Windows allows you to use Adobe softwares whitch you may need for texturing.

Switched to linux from windows, cycles in the viewort is noticably faster.

Not the answer you're looking for? Browse other questions tagged performance windows linux or ask your own question.

1
Will rendering on linux decrese rendertime?
1
Is there a way to determine why Blender is running so slow?
0
Is it worth running Linux on my Mac to use the built in AMD graphics card?
2
I installed blender on linux, and by default OpenImageDenoise is not enabled, how to enable it?
1
What to choose GPU or CPU , and should I use opencl, Linux (openSUSE)?