I'm trying to create a procedural mask to affect the sharp edges of my model using the Pointiness output from the Geometry node, leading to the eventual idea of using it to create customisable weathering effects, such as this.

This is the base setup that I've got so far. 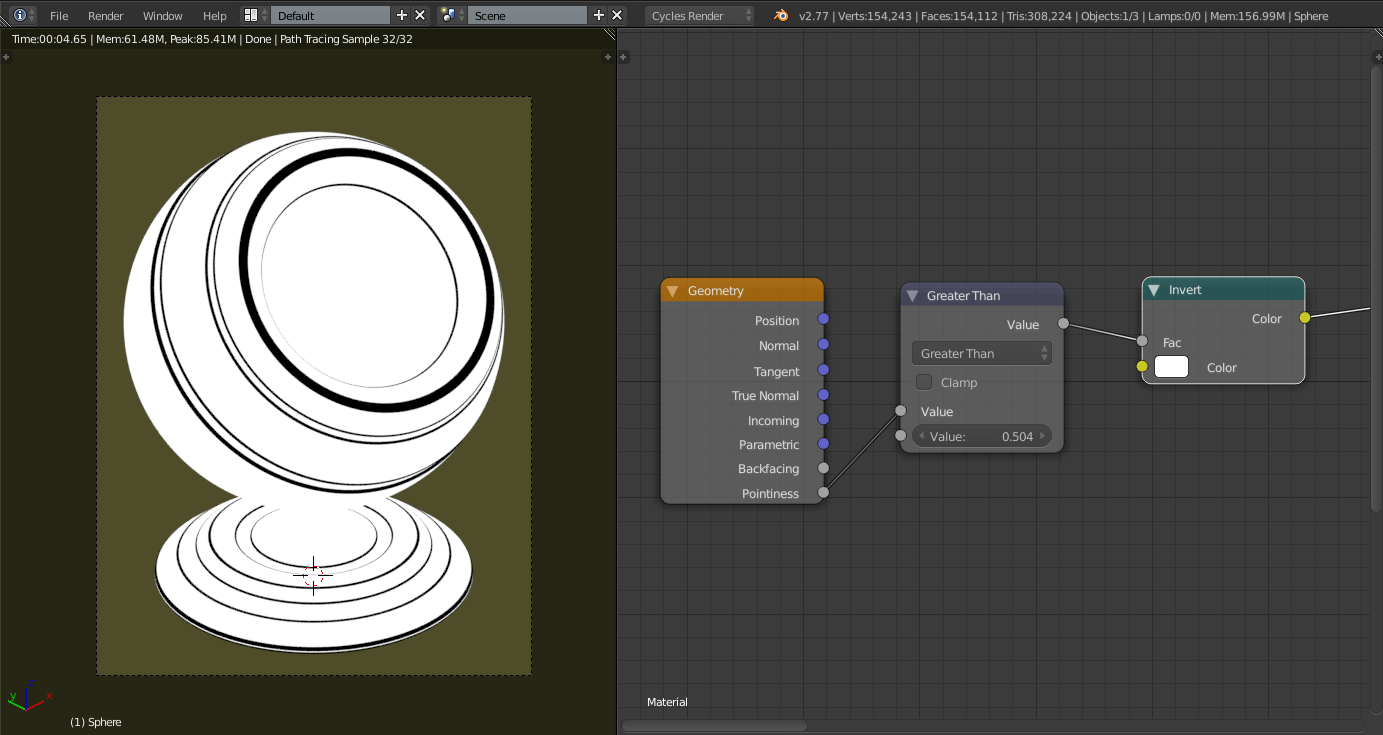 How is it possible to blur/feather the black edges of the mask so that they would essentially expand across the object until the whole object is rendered black? 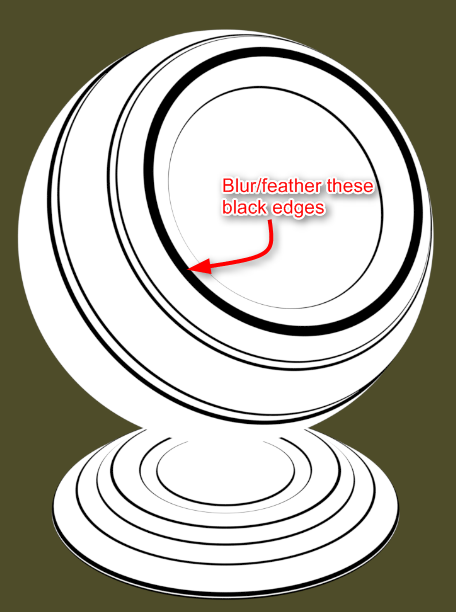 I've had a look at both of the go-to texture blur methods suggested for cycles found here and here however these seem to rely on there being a vector input/output for the texture, which is not the case in my example.

The Procedural Cracks tutorial by CGMasters came closest to what I was trying to achieve with the 'Worn Edges' section of the video, but I didn't have any success trying to convert it to my situation.

Any ideas would be massively appreciated! :)

EDIT: Not sure if it was clear enough from the description but I'm trying to steer clear of baking/UV-Unwrapping/the Works on this one... Purely procedural :)

UPDATE: I've made a couple of updates to the shader which has given me slightly better results, although it's still not quite there and the mask blur/expansion issue is still not successful. 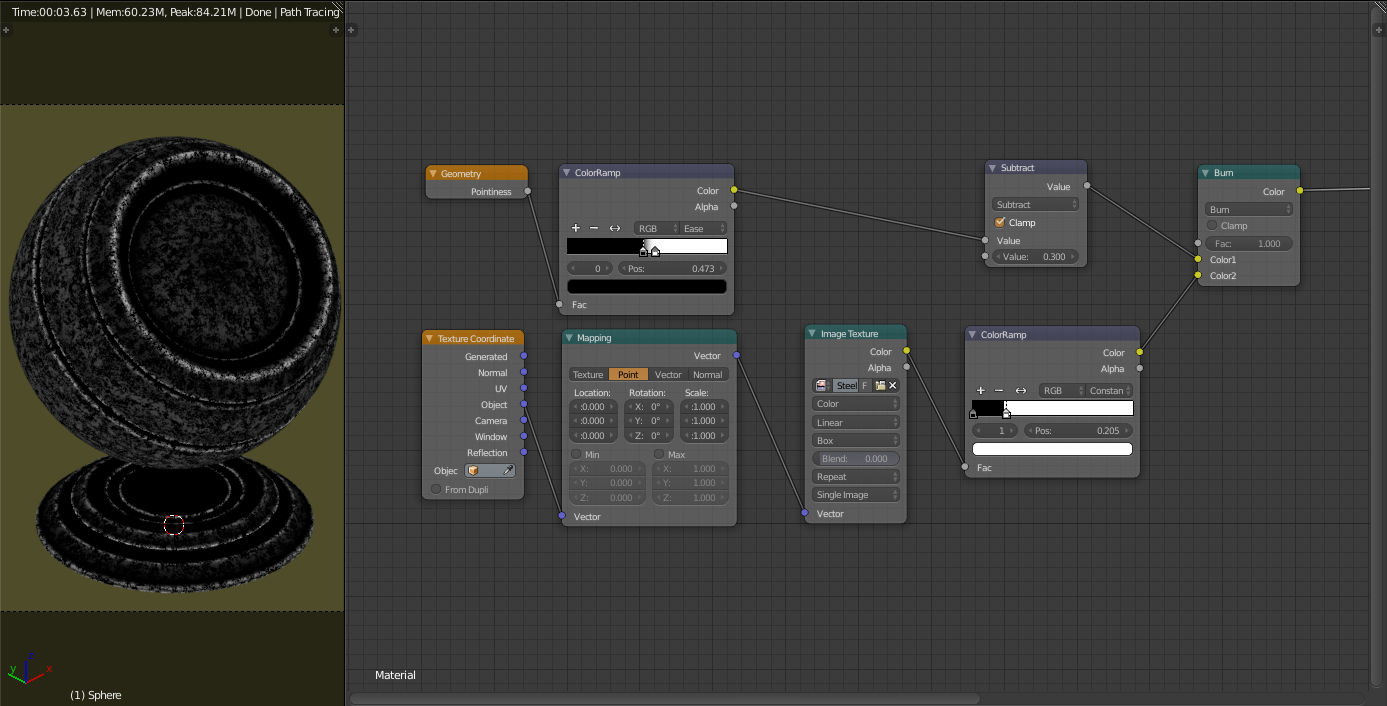 The issue is now coming from the grey values of the mask 'leaking' out across the whole mesh and not stemming from the black values... if that makes sense? :P 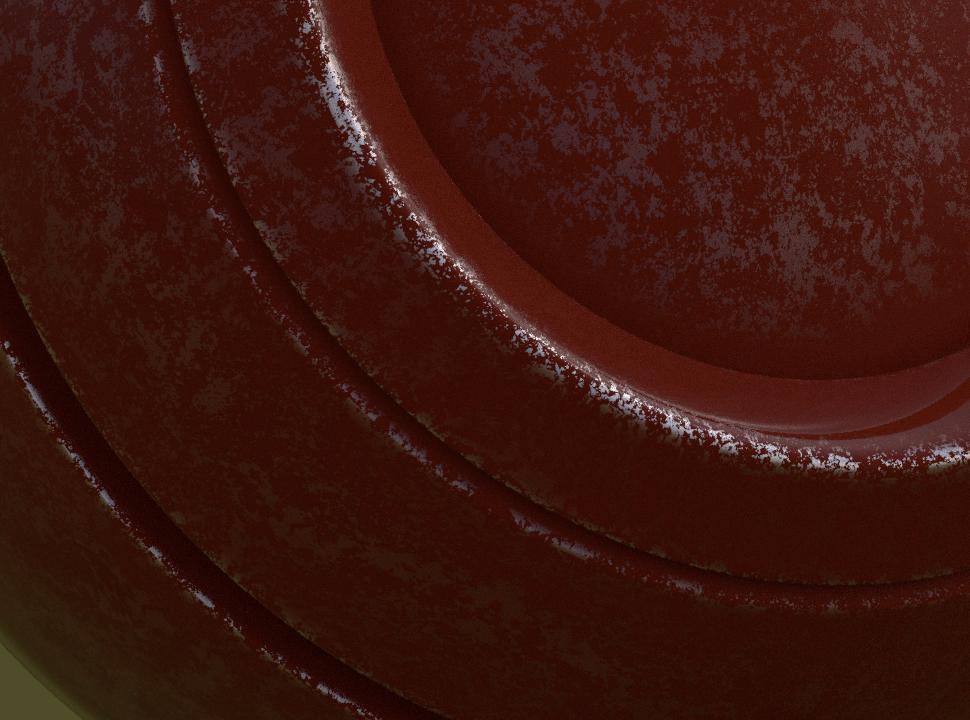 In researching weathering effects in blender, I stumbled across this GIF, which is exactly what I want to achieve?

UPDATE 2: Still no luck achieving the desired effect in the gif, however I feel I'm slightly closer from adding another colour ramp node after the previous ones.

Does anyone have any more ideas?

UPDATE 3: Found a working solution, added an answer below if people are interested :)

Okay so I ended up developing a solution to this question a couple of months back, but I see it's gained a lot of interest recently so I thought I'd post a tutorial on how I went about solving it.

The weathering effects basically involve creating a Worn Edge and Cavity Dirt mask, which can then be used to blend between 2 or more shaders within one material.

This is along the lines of what we'll be creating.

(NOTE: This effect works best for objects with a high poly-count, so throw your object through a sub-surf modifier.)

1. So to begin, we'll create a simple material a mix between a Diffuse and Glossy shader. In my final image I used Blender Guru's PBR Dialectric and PBR Metallic node groups to give the material a little bit of added realism, so I'd recommend checking those out :) 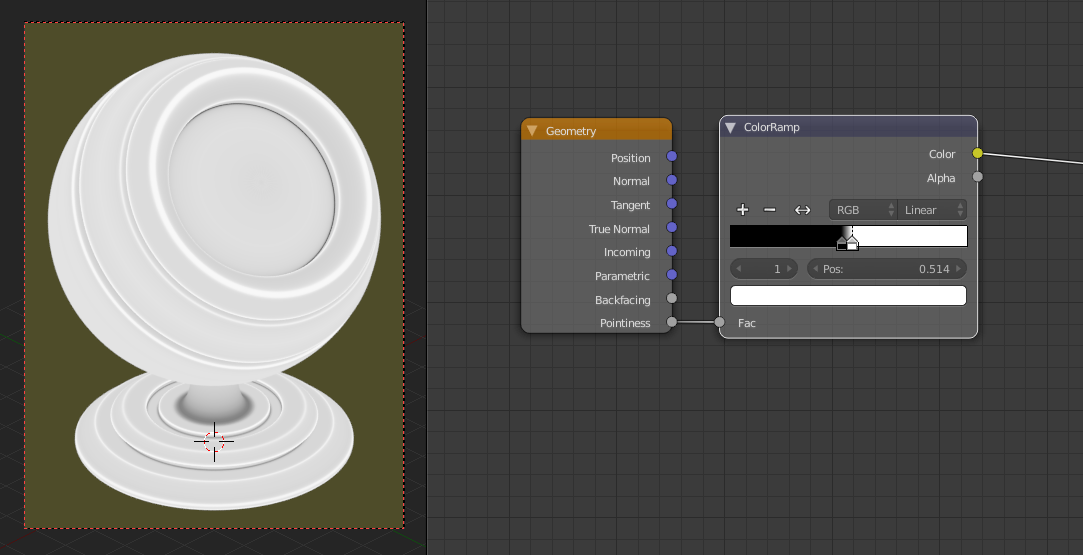 4. I'll go into more detail on the Noise Texture later on, but it is basically controlling the shape of our edge weathering, which bits are chipped, etc. Anyway, now we can add in another Math node and set its mode to Greater Than. This is where it gets fun- plug the Color output of the MixRGB node into the top input of the Greater Than node and begin adjusting the bottom value. You should see the white areas 'shrinking' towards the edges, the closer you drag the slider to 1 (I found a value of 0.35 to look good here).

And that's the basis of our edge weathering mask! All black areas of the mask will later show the Diffuse material, and the white will be Glossy.

5. Let's plug our mask into the Fac input of the Mix Shader to see how it looks... not too bad! Has a chipped paint feel to it.

6. One last thing we can do before packing it all into a node group is add a Bump node and connect the output of the Greater Than node into the Height input. Optional if you want to use this effect, sometimes it can give an odd outline around the border between the 2 shaders, but often it can add some depth, making the materials seem layered.

7. Now we can select the Geometry,Color Ramp,Subtract,Add,Greater Than and Bump nodes, and hit Ctrl+G to create a node group out of them.

8. Then we'll connect the noodles to the appropriate group input and output slots and rename them accordingly (see the screenshot).

9. Finally we can rename our Node Group to Worn Edges... and that's it! We've successfully created the edge wear mask node! :)

1. Now, setting up the Cavity Dirt is ridiculously simple now that we've completed the previous steps. First, add another Diffuse and Mix node to the material, like so...

3. Finally, hit Tab to go into the Cavity Dirt node. Find the Color Ramp node and hit the flip ramp button to invert the ramp from 'black -> white', to 'white -> black'.

4. And it's as simple as that! Tab out of the node group and tweak the settings, and you'll be able to see a mask that only affects the cavities of the object.

5. How it looks when combined with the second Diffuse shader.

Although the Noise Texture node used as the shape mask doesn't look toooo bad * cough *, I've found that using image textures can give much more appealing results if you use generated box mapping.

These tend to work best if they're greyscale, and I've found dirt masks/grunge maps tend to look good. The ones I used in my original image came from Max Textures. I've found they provide some nice, high quality, seamless ones for free.

Although this technique works very well for most applications, there are a couple of limitations to the method...

Other than that enjoy! Hope it helps people out, and don't forget to upvote if you liked it! :)

You can pass the Pointiness value through Color Ramp, move the color stops towards the center until you get desired initial state, then pass it trough Add or Subtract math node and animate the bottom value to offset the color until it covers all the object.

I played around with some settings and this what I got after having deleted a lot of math: 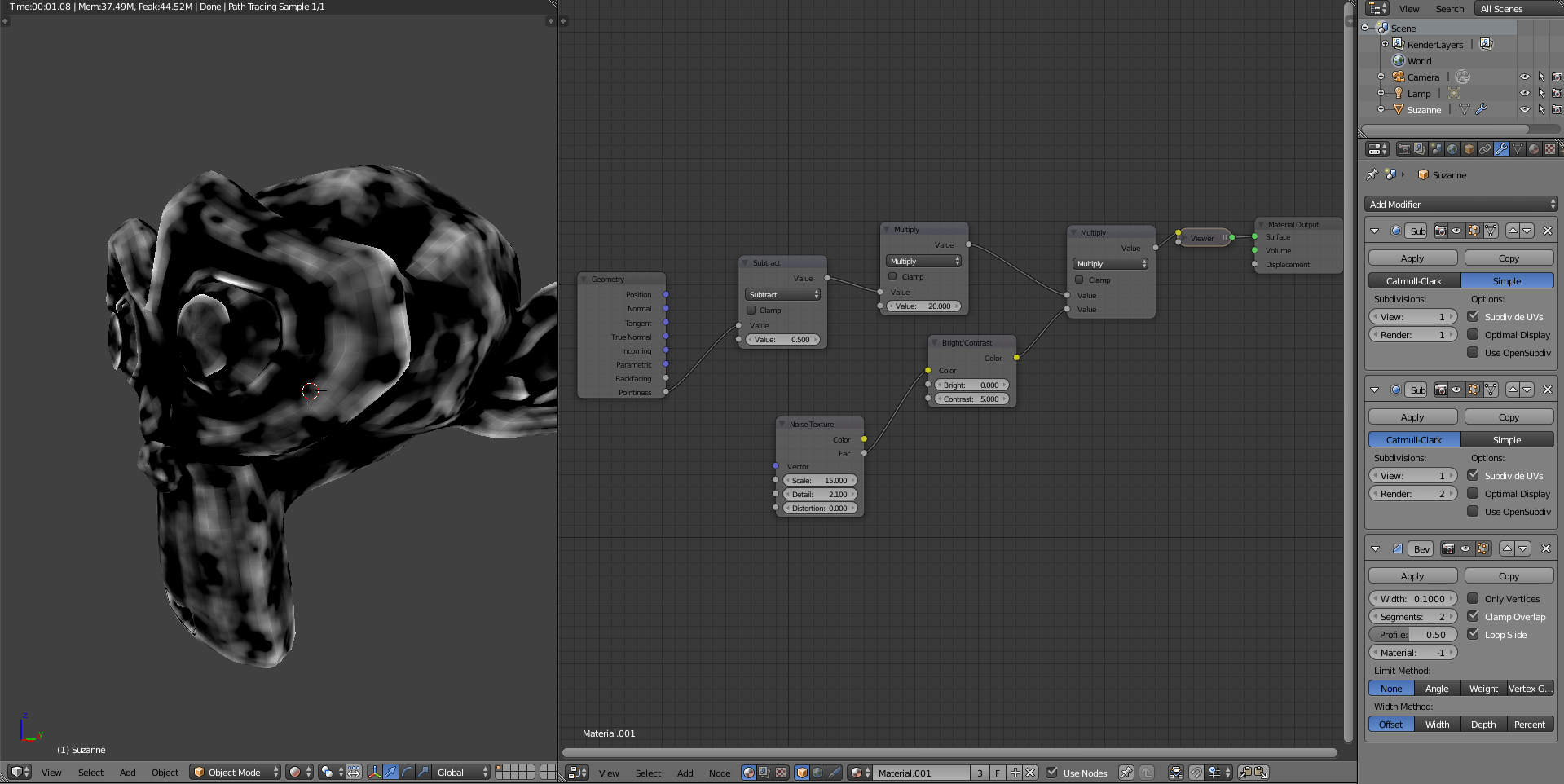 It doesn't look really good now, but it works. The idea is to manipulate the pointiness until it covers the areas you need and then mix it up with some noise. Tweak the value of the subtract node to control how much Pointiness you want to have (Use a ColorRamp for good results). The first multiply is to add contrast (Just found out that both nodes can be replaced by a Bright/Contrast and it will give you the same).

Then, mix it up with some noise to give it texture. You probably won't stick to multiply for combining and add more noise textures, but this is just a proof of concept.

I changed my node setup a bit, the results are better and easier to control now. It also takes care of edges pointing inwards. You probably want to change the noise texture by a rust map or so.

The bottom value input is the main multiplier. It will adjust brightness and sharpness of the edges. The other two are controllerss for the bright/contrast node to furtherly adjust the value. For testing, mute the multiply node to disable the noise texture until you get proper results. 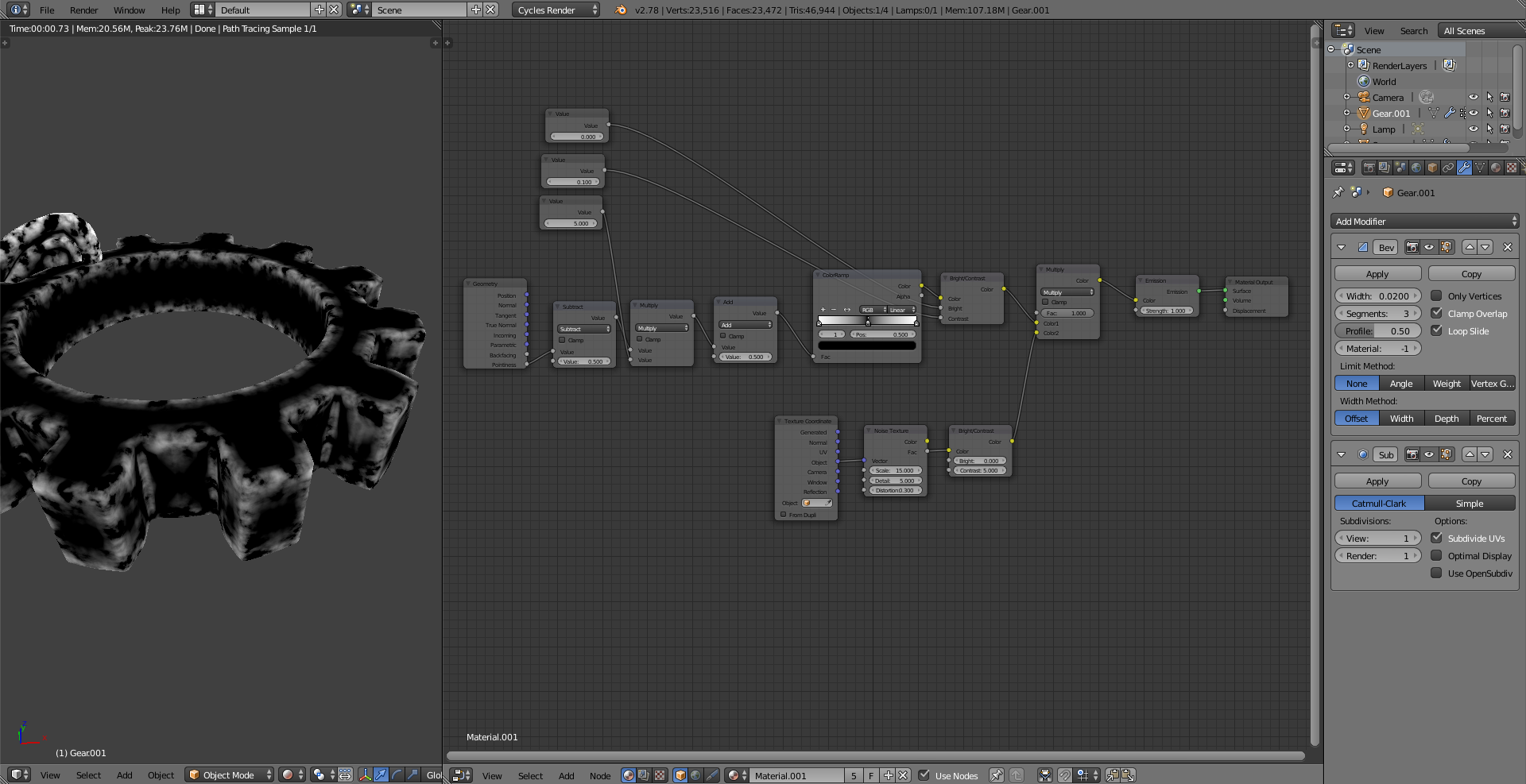 Solution for Eevee (works only with shade set to smooth!):

since pointiness doesn't work in eevee we wil just have to fake it 🥳. 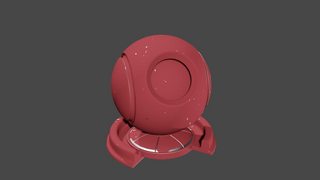 hmmm, not quit there yet, lets add a subdivision mod and a planar decimate mod: 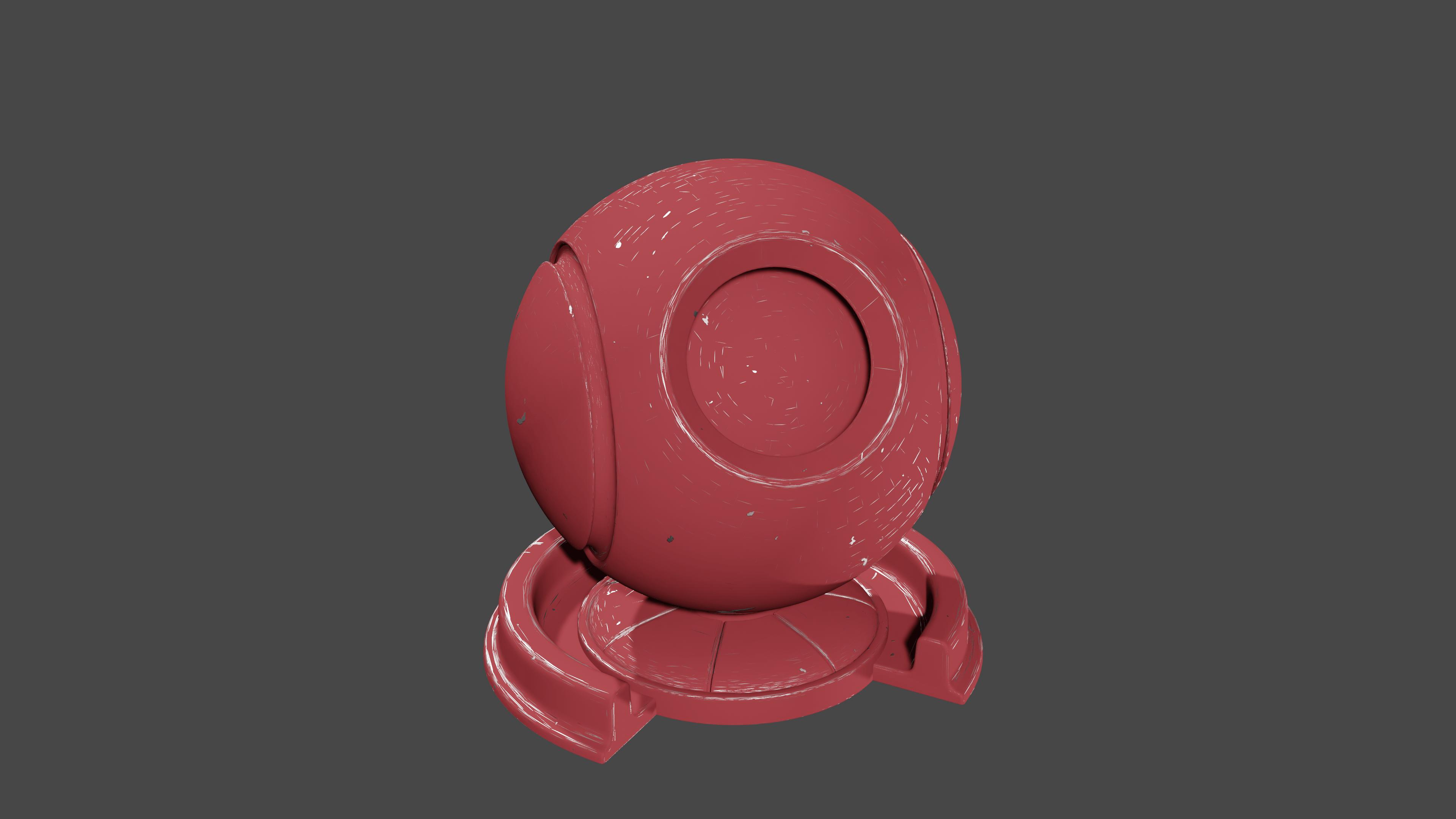 Not the answer you're looking for? Browse other questions tagged cycles-render-engine texturing materials node-editor shaders or ask your own question.

1
Adding grunge with nodes in blender 2.8
45
How to blur a texture node in cycles material?
4
Edge angle dependent material apply
5
Pointiness to Vertex Colors for EEVEE
3
How do I add grunge & rusting texture to a pre-made material? [CYCLE]
1
How to get material to be brighter around edges
0
How to make that metall texture?
0
How to auto-paint on edges(corners) with a script? Detect corners like in "UV-smart project"?

10
Procedural square shape in Cycles (with similar effect to Gaussian blur)
9
How to make tileable procedural noise texture?
2
Texture shows up with bg
3
How do implement the effect of blur on transparent materials?
1
How do I use a map or node as a mask?
5
Pointiness to Vertex Colors for EEVEE