How to modeling an alphabet monument from image reference?

I plan to make this letter monument in Blender, but I am confused how to make the exact same shape as that monument especially the curve shape on the alphabet. can anyone give me a little example 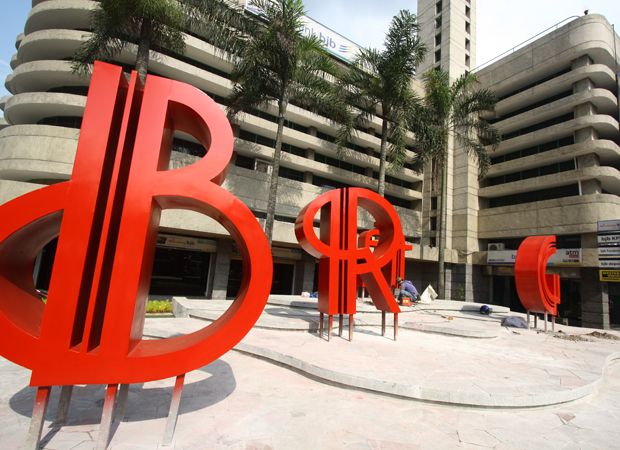 The elements of the art installation (which is at the intersection of Naripan and Braga Street, in Bandung, Indonesia; (Geographical co-ordinates: -6.920010, 107.610142)) might be inspired by, or copied from a font, but I tend to think it a bit more likely that the realization of the shapes is done from scratch, as they might be in a logo. I know there are a number of tutorials on Youtube, and in other sources on using Blender to create a 3D logo. Do a search for "Blender 3D logo tutorial", and you should come up with several.

If, as I suspect, the glyphs in the image posted in the original question are custom designed for the sculpture, it would be useful to have some idea as to the scale of the elements. Reviewing a few of images I found in on-line sources, I infer from the ratio of the size of the people I see pictured in some of the images to the size of the elements, that the height of the individual elements in the installation are about 3 meters from the plane upon which they are installed, and the thickness of the wider strokes of the element are about .3 meters. I would use image editing software to make the heights of the elements, and the width of the wider strokes as nearly the same in each image as possible. I would model the individual elements using. Unless this is an assignment the exact dimensions of the model are required to conform to the exact proportions of the orginal, this may be a case where "close is good enough". In either case, the standard modeling techniques—start with a mesh primitive, and scale, translate (move), extrude, rotate, and subdivide as needed to create the elements—should be adequate to model the elements of the installation.

On the other hand, if the shapes of the letters were different so that one could select a font and use a text object as the basis for the model, there are tutorials on Youtube covering that, too. On example of such is at https://youtu.be/48L9YU1FKPU.

You are probably better off designing your font objects in an illustration type of software like Inkscape or Adobe Illustrator.

It will be a lot easier to accomplish those intricate designs and tweak them to your liking using a bezier curve based workflow. Those applications are a lot more suitable and flexible for this kind of work.

Once you are done, you can then import your font objects into blender using SVG. 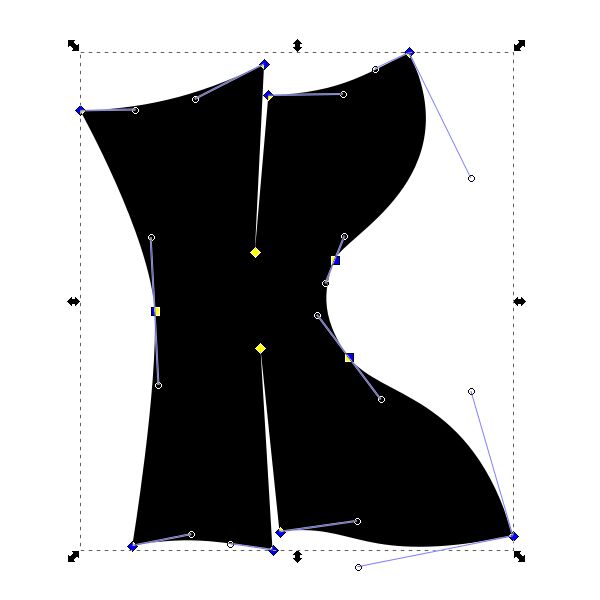 Alternatively you can also use blender's built-in bezier curve objects and editing tools although they are admittedly less refined and harder to work with.

1
How can I smooth the edges of these modelled letters?

1
Modeling from reference; how to not get messed up?
0
Modeling a cylindrical object to resemble an image reference
2
Modeling based on a reference image
0
How do I make edges on a curve have equal length while maintaining the rough shape of the curve?
1
Modeling a ball gear
1
How to fill holes in Mesh from Curve from SVG
7
How to model a curved book page?
0
Do all the parts have to be linked?
0
Modeling a bipyramidal shape
2
Modeling Related Question