I'm trying to extrude a circle along a circular path, ending up with a torus.

When I select the smaller circle as the Bevel Object of the larger circle, the resulting shape resembles a swollen torus with a slight depression in the centre (where the hole would be) and becomes 20x20, larger than I expect.

I've tried positioning the smaller circle in different places, and at different angles before setting it as the Bevel Object, with similar results.

Any ideas what I'm doing wrong?

Here's an image of the two curves, then the end result: 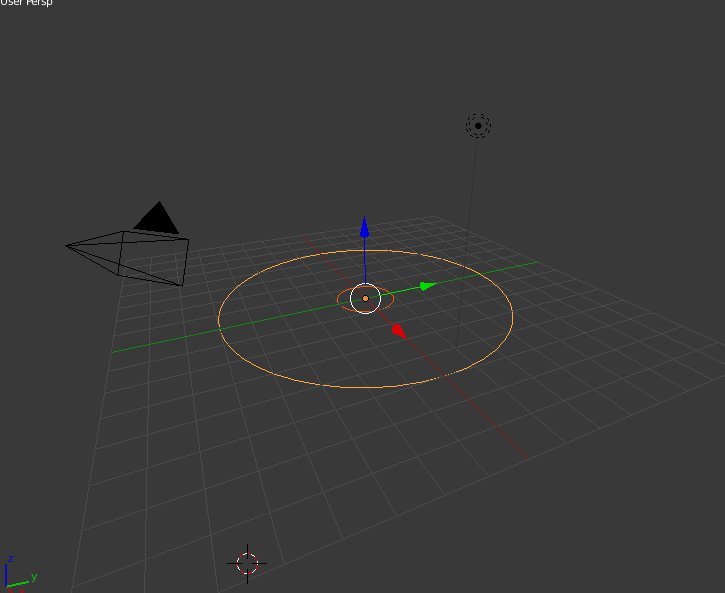 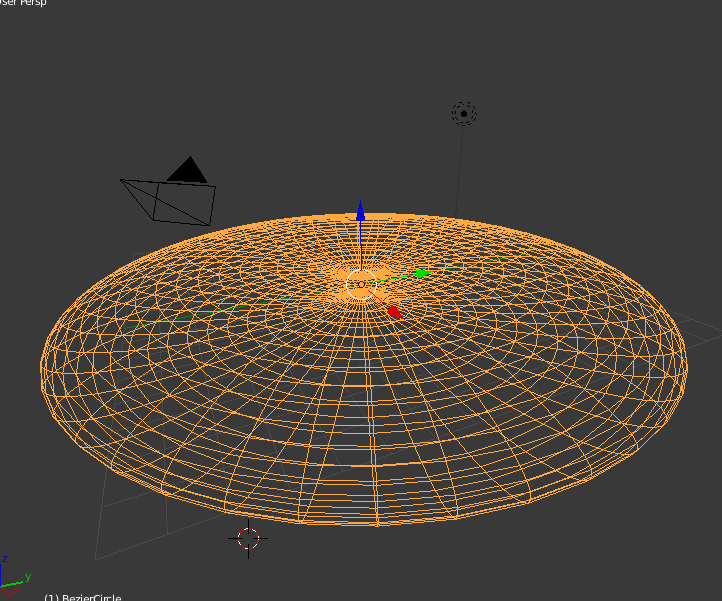 Just in case it helps anyone else, I think my problem occurred because I was scaling the larger circle (the path for the extrusion) via the Transform panel in Object mode rather than Edit mode.

Instead, if you add the (larger) circle, change to Edit mode and scale it to the correct size, and then change back to Object mode and set the Bevel Object, everything works perfectly.

Not sure if it's related, but a response on another site implies that you could also scale in Object mode, then Apply -> Scale, though this didn't work for me.

If all you want is a torus, then iKlsR's answer is the way to go. To answer your question, it sounds like the beveled curve is only scaled in the X and Y axes.

To create a torus with a bevel object: 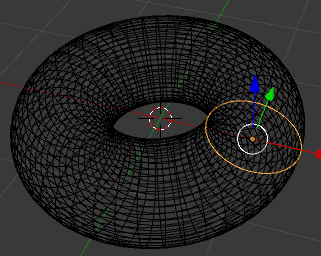 gandalf3's answer is the most likely answer and solution to the problem. Another thing you could try is shrinking the bevelled object with AltS. However, I see no advantages in obtaining a torus from curves that way. Why not just add a Curve > Circle and tweak the settings. To fatten, increase the depth and to get it smoother/rounder, increase the resoulution. Much easier to tweak and less work.

I have found this old question searching another thing on the internet... Both other answers by gandalf3 and iKlsR are good and fit to the question. This is just a little complement.

The bevel object is extruded with its center following the main curve and relatively to its vertices positions compared to its own center.

For instance, you can obtain the torus by shifting the bevel circle inner geometry :

2
How can I make a linked duplicate path with other bevel object?
3
Bezier Curve: Bevel Object is creating a flat surface
2
Can't set major radius of a torus to anything larger than 1 meter
3
Beveled Plane Not Circular
1
Extruding square shape (from mesh) along curve results in a flattened mesh
1
Arrays along two paths -- possible?
1
why is the diameter different on these two Bezier curves using the same Bezier circle as a bevel object?
0
Constant speed along path
4
How to make a torus progressively thinner/smaller (not larger) using an array modifier?