Blender Cloud texture settings: How to get from 0 alpha partial transparency in render?

My aim is to get the leaves-object of a tree to have some transparency generated by the preset cloud texture from blender.
I cannot use cycles render. Is there a way to get that possible though?

Here's a testrender to show my current result 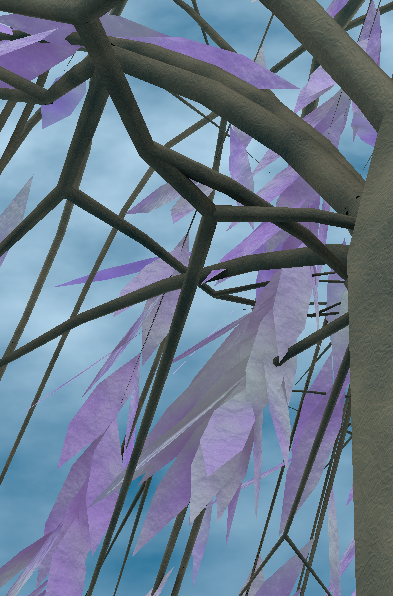 Things I already tried so far:
- set material settings up with a mask-transparency (alpha on 90%)
- texture settings like following:
type: clouds
colors-> ramp enabled,
left side on white with 0 alpha.
right side a color at position 0.771, full alpha.
blending method 'ease'.
mapping is generated, flat (since it's a bunch of single planes)
influencing (diffuse) alpha, color and some geometry settings.
bump mapping is set as best quality and texture space.

[A thing that might happen is a not fitting size of the texture for the objects.]
If anyone out there has got some experiences with a working method, I'd be happy to get some help here.
Thanks^^ 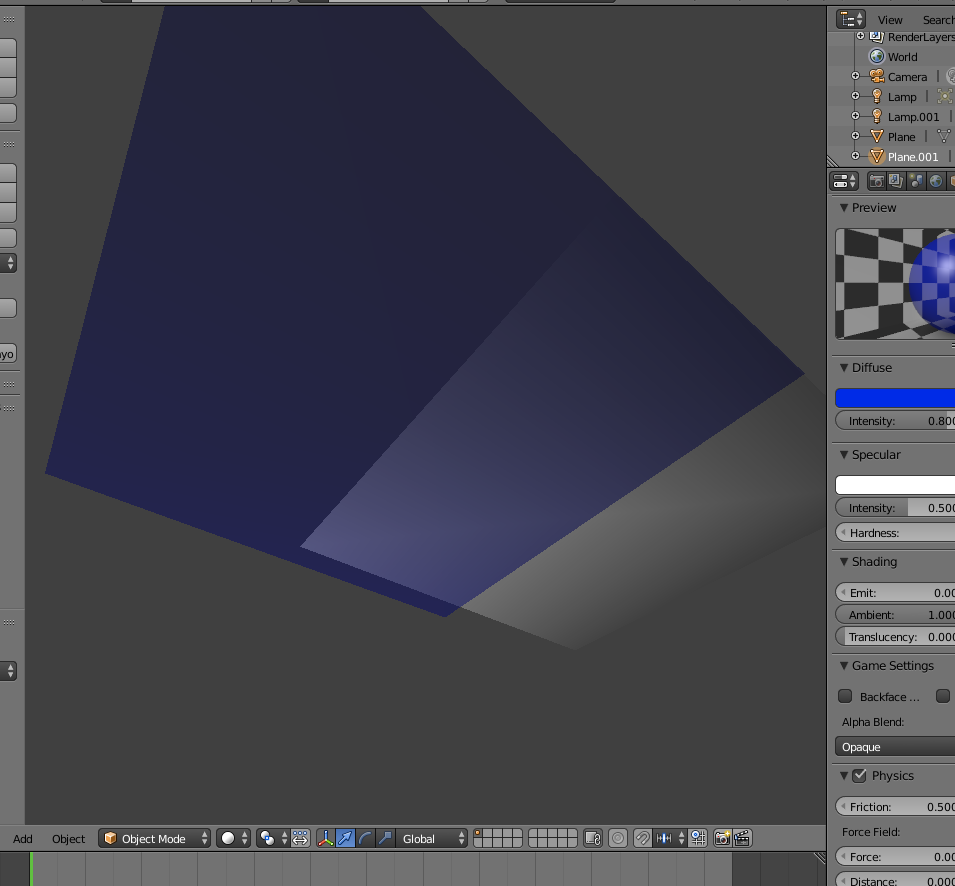 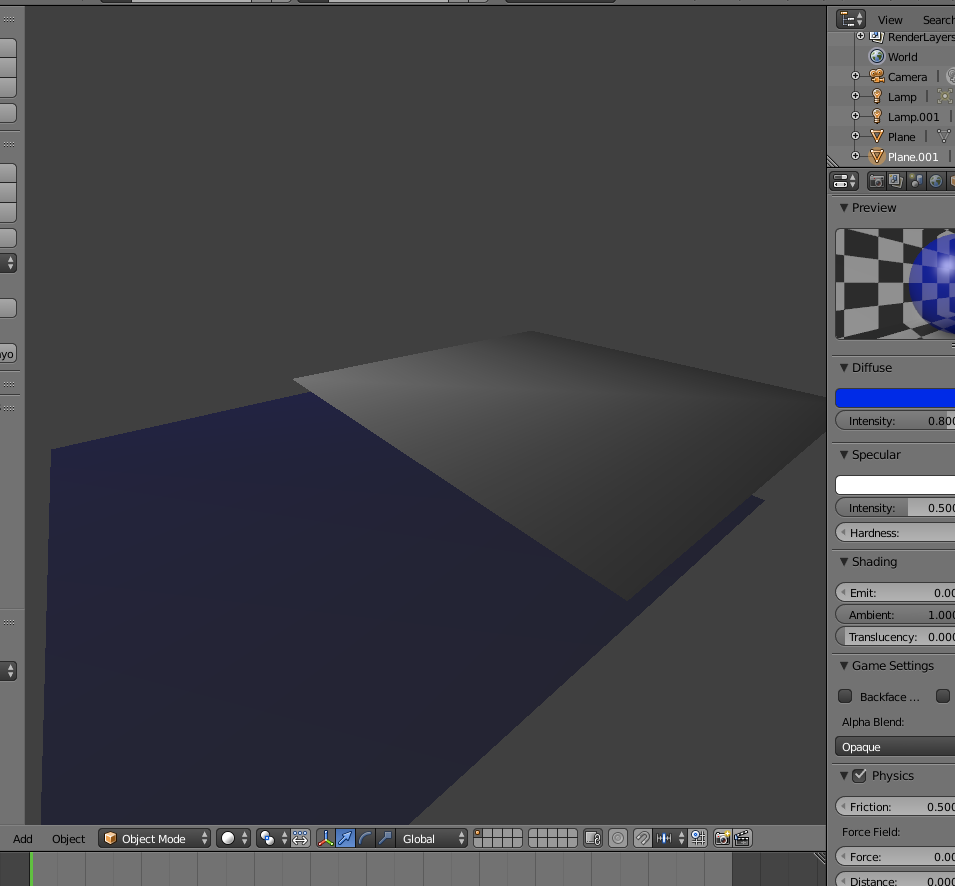 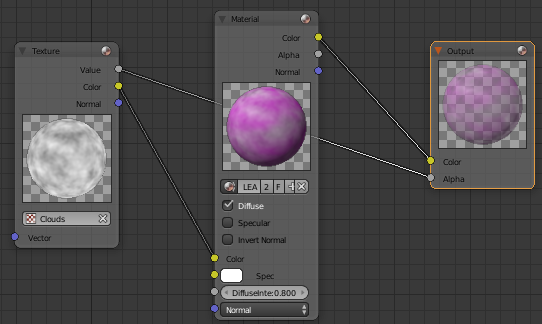 Try the "Transparency & X-ray tickbox under each object's Properties-->Display. (the orange cube icon at top) That cured my problem when peering through a semmi-transparent surface and losing what was behind it.

Surprised your question hasn't been answered by now, but as it's been presented again, I've made two basic leaves and added them here. 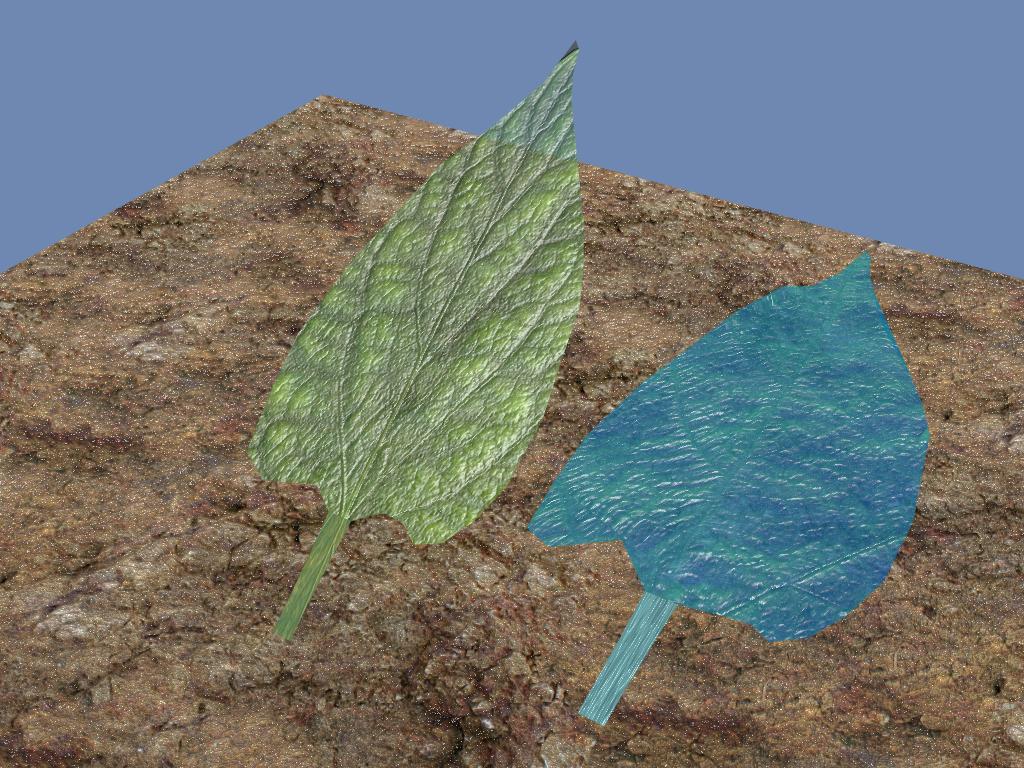 They are made from ordinary 2D planes fashioned into the shape of leaves, then textured with leaf images. After some bumping to raise their veins(?), transparency and colour was adjusted.

I am at a loss to appreciate exactly what it is you have in mind here but gather that it's not a botanical representation, rather, employing a measure of transparency and sky colouring along with a soft texture, which is not necessarily leafy.

I've used leafy texture here and not limited the settings in the left hand example in order to demonstrate what can be done in ordinary Blender and OpenGL rendering.

You can scale down the texture's "Color" and "Geometry" sliders in the Influence tab for much softer and perhaps even 'mystical' results with the right shading and lighting. You can also use any texture you like but using one that's alpha layered can add complication.

An alpha layered texture would normally require the Material's "Transparency" slider to be at zero already. The texture's opacity slider could be adjusted for a single image but cannot be keyframed (varied) if producing video.

The compositor may be able to override this but you'd then be back in Blender's render and results might look entirely different.

In the example shown in your question you mentioned that the leaves were planes, so the setup described here would be possible with the leaves as placed.

The varied angles that they hang at will affect how the bumping will appear so you may have to add weak point lights here and there, or create different material slots for some leaves and adjust those texture and material settings to compensate

In brief - the above was rendered in OpenGL, and put together using ordinary Blender.

Not the answer you're looking for? Browse other questions tagged texturing blender-internal-render-engine transparency or ask your own question.

1
How to combine nodes-editor transparency with uv-mapped textures in Blender Render?

0
Unable to render an Alpha Transparant texture
1
How do I set up a material with diffuse, normal and alpha (transparency) maps?
3
Bump image texture doesn't work anymore
6
cycles transparency results in color loss when background is black?
1
How to combine nodes-editor transparency with uv-mapped textures in Blender Render?
1
How does texture mapping work in Blender?
2
Node editor, pick random Image Texture from set?
0
Video editing: weird transparency blending with “Alpha Over”
0
I have tried to import EXR files to Davinci Resolve with the LUT's
2
How to randomize holes in a mesh, like with a particle system?