I have a model, with a node setup that includes a texture. The problem is that the texture isn't showing.

How it should look (the little spot distortions are visible): 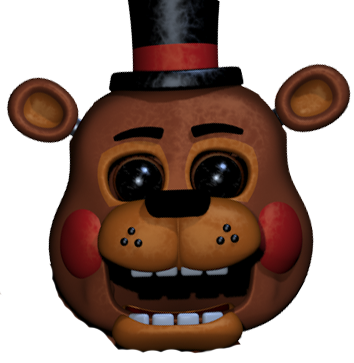 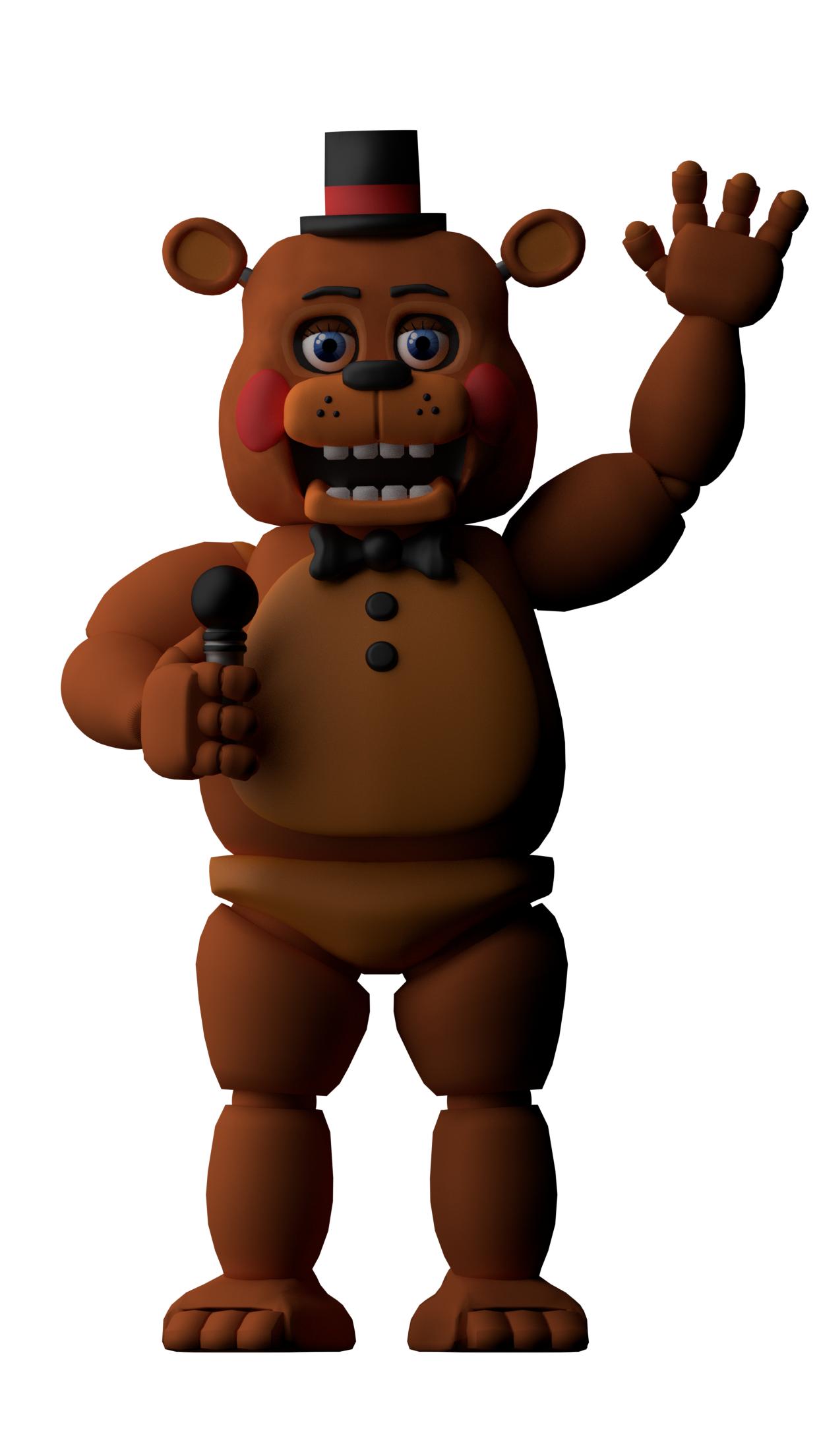 The file can be downloaded here: https://mega.nz/#!N1hkWQKT!bKLTkcQFxjCWtEtSZgEdV89VmERzoF-ui3EmUqpWxCg

I think you would do much better using an image (or even a Noise Texture) as a fac between two orange Diffuse BSDF shaders (one dark and one light). Your texture is applying perfectly, it's just that plugging it into the Roughness: value of a Glossy BSDF doesn't do much. 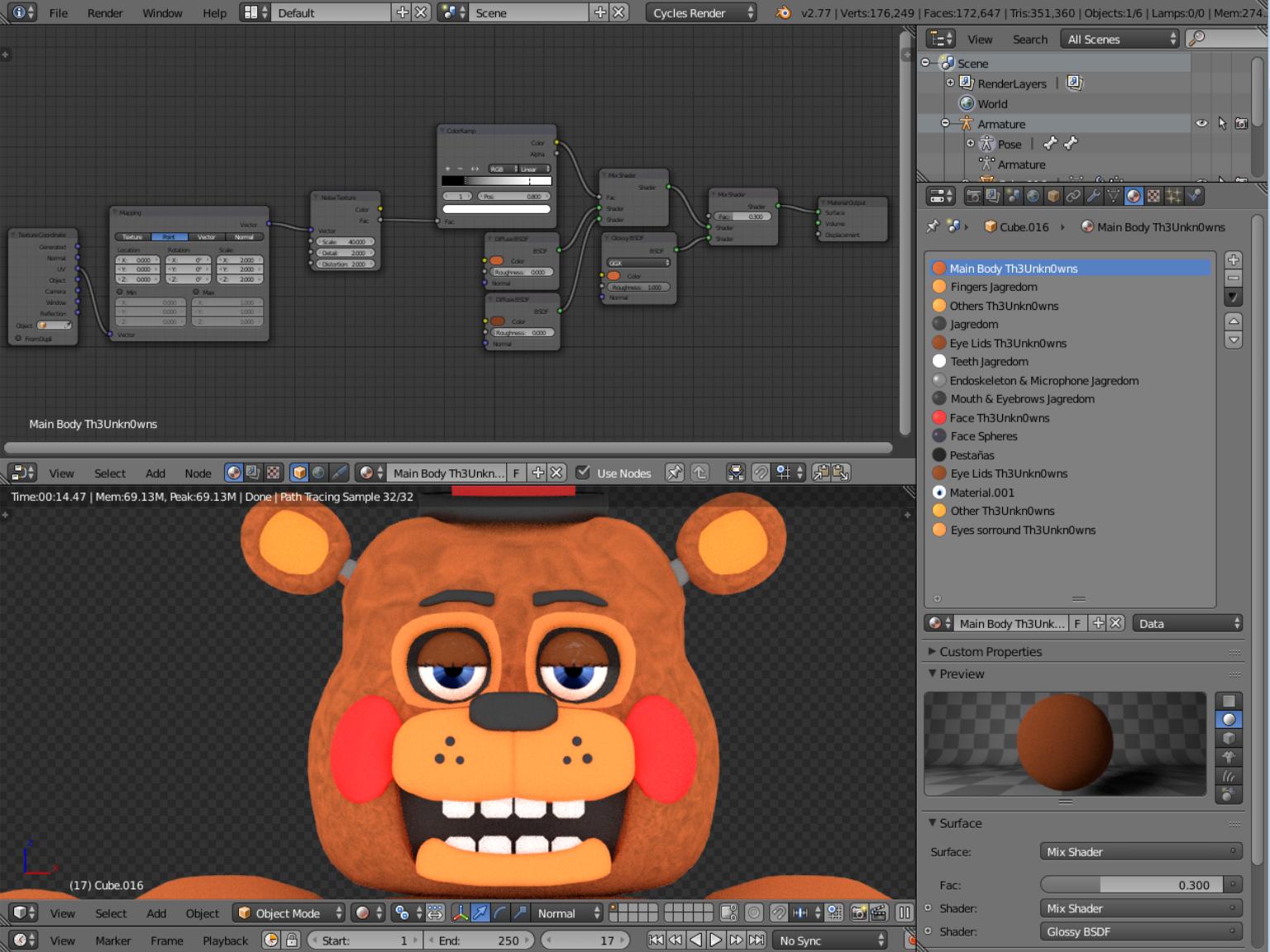 Here is an alternate .blend file with only the node setup (the original was too big for Blend Exchange):

I believe that the Noise Texture and above image does still create a better result, but using the Image Texture, I created the following. 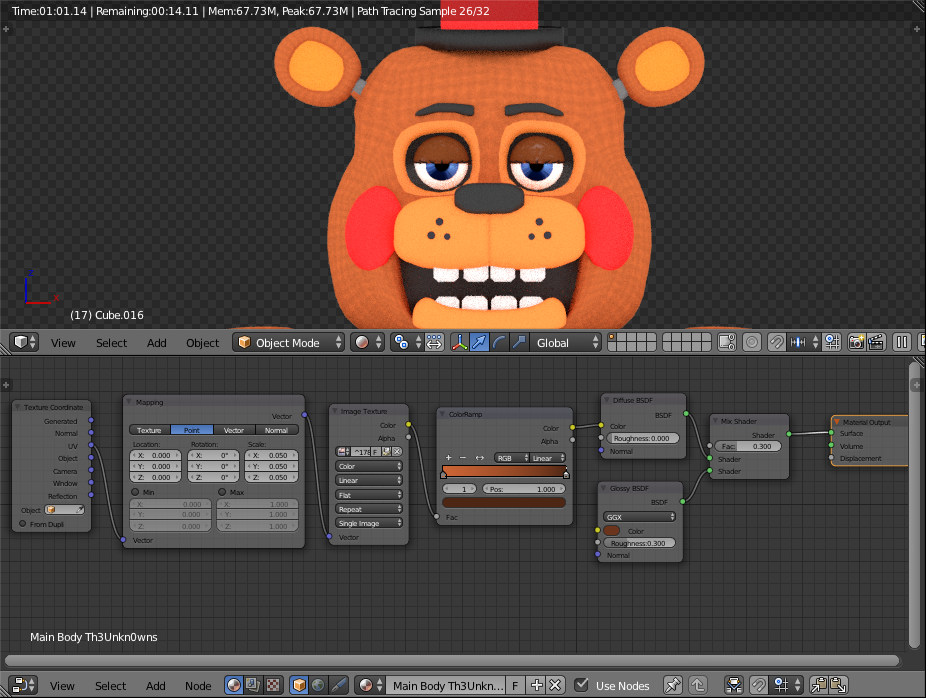 I turned the Mapping node's Scale: value way down to 0.05 so that you can see the Image Texture from the viewport's distance to the bear. If you have it at 2, the following is a zoomed in bear. That to the left; that's his right eye. 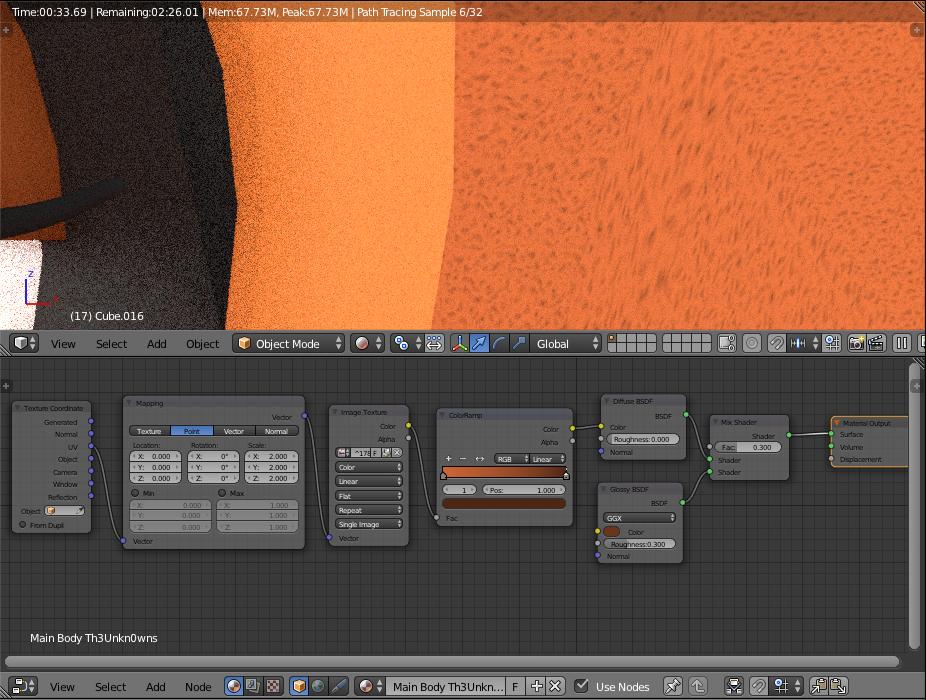 The image texture is set to non-color data , it should be set to color-data if this is your texture.

-3
How to create spots that appear in material in Cycles?

2
Transparency problem with tga material/texture
1
How do I make and apply a Normal Map?
0
UV unwrapping and Glass texture
2
Aluminum Foil Texture
0
Texture Distortions
1
How to use a PBR Material’s Mask Image
0
Texture doesn't seem to apply to this model
0
How to switch colors on Base Color Image Texture Node?