How to make a bone NOT inherit location from parent? Or how to position bone at world location?

Lets say I have two bones, A "Root" bone and a "Child" bone, the "Child" bone has the "Root" bone set as its parent. How can I make it keep its world position while the parent moves?

Now, the reason I ask is because I want to create some "root motion" animations for UE4 (which I have gotten working) but since the root bone moves during the animation, its really hard(or as far as i can see; impossible) to keep the IK targets I use in the same place while the "Root" bone moves.

As an example see webm-related: http://webmshare.com/nq8qa (I'm aware that this animation is horrible for root motion and in this case it won't be used)

But in that rig I have the head as the root bone, when it bobs up and down I'd still like to be able to keep the IK targets located at the feet still without bobbing with the head bone!

Any suggestions on how to do this? The easiest thing would obviously be if I could copy the world position of a bone and then paste it on the next keyframe, but I can't for the life of me find that sort of functionality!

This can be done with bone constraints

Here is an example of the result:

Above: An armature object being moved while one of its bones remains stationary

It looks like it is already disabled for that bone 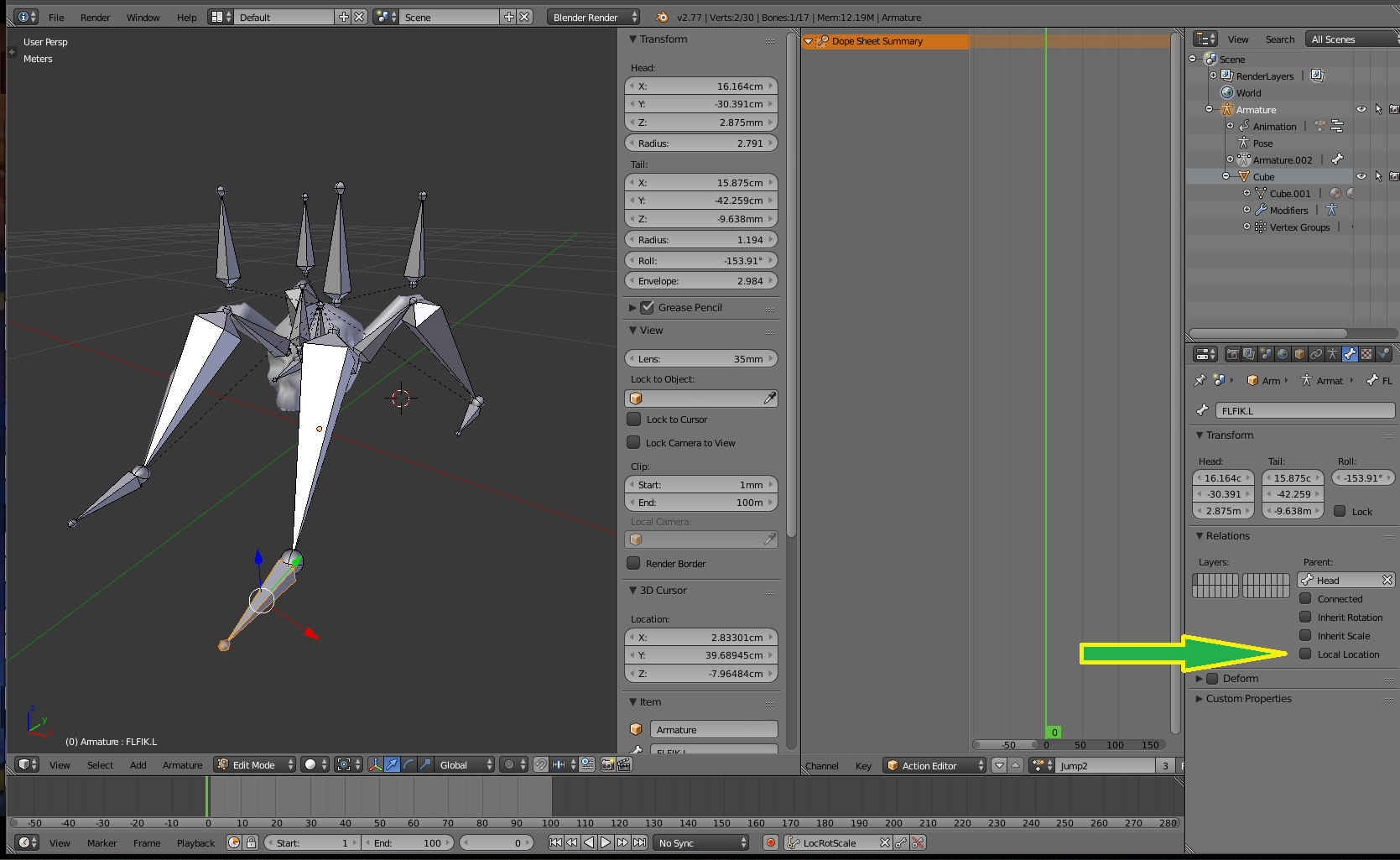 Not the answer you're looking for? Browse other questions tagged rigging bones world or ask your own question.

1
Get Bone to track another armature
4
Why don't my constraints and rig update when the target moves?
4
How to put all armature bones under 1 root bone
0
Rig with sticky feet and hands, how do I create arm swings? (ex: playing tennis)
1
Character rigging: Blender keep offset is not working
0
Head bone not moving with parent hip bone