Pattern on Easter Egg for 3D-Printing

I try to produce such handmade carved easter eggs: http://weburbanist.com/2010/05/22/insanely-intricate-eggshell-art-by-franc-grom/. I'm not able to sketch directly on the egg surface. I'm only beginner in 3D, so I have 2 questions:

Thanks for your help.

I unwrapped the mesh in "sphere projection". Then I applied this texture http://www.123rf.com/photo_35224838_vector-damask-seamless-pattern-background-elegant-luxury-texture-for-wallpapers-backgrounds-and-page.html two times onto the uv-map in an external image-processing-software. Then I applied this texture to the object in blender, which distorts the texture to the north and south pole. I don't know, how to align e.g. this pattern http://www.derwesten.de/img/incoming/origs7781524/6226267404-w552-h740-bF3F3F3-st/55449025-300x402.jpg or http://img.weburbanist.com/wp-content/uploads/2010/05/franc-grom-eggshell-art-1.jpg (no distortion to the poles).

My idea to produce the "breakthroughs" for 3D printing is to "bake" the pattern/texture onto an uv-map based on stripes or two circles. Then export this uv-map as image, import in vector-processing-software (e.g. Inkscape) and create bezier curves/paths and export this vector format. Then import the vector format in blender and bend the curves/paths along the given egg-shape-path, that a new egg object is created. Then delete the "breakthroughs" or apply this new object to the given egg object using boolean.

Question to the blender experts: How to bend the imported curves/paths along a path and apply the boolean? I hope, that someone could give me an example.

What I did was use a bezier circle to curve the shape I used to cut into my sphere. A simple curve deform with Ctrl+P after selecting my imported .svg, then the circle.

As for the pattern cut into the sphere:

I first removed doubles on the imported curve after converting it to a mesh object with W>remove doubles and then used limited dissolve to clean it up a little more and recalculated normals with Ctrl+N. Finally extruding the object to give it the thickness I wanted.

The last step for the cut itself, was joining the sphere and pattern objects as one, then going to edit mode, and selecting only the imported object and placing it where needed. Then finally, via the Spacebar menu, searched for Boolean, and the hole was cut.

Here's a little .gif showing that part of the process.

This will only address the first of the images and should get you in the direction of the desired result. 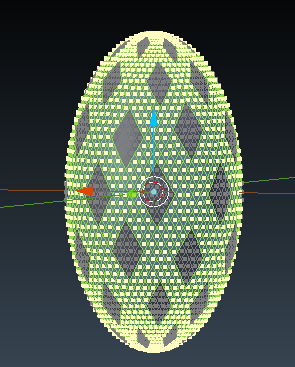 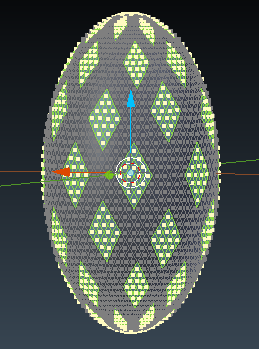 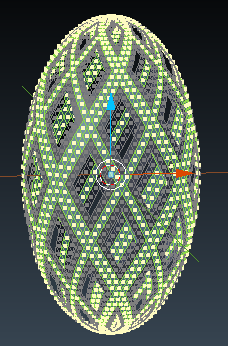 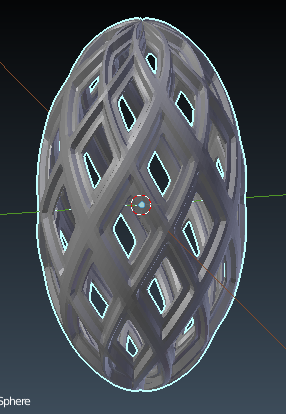 Using these steps you can go in a few directions and should be able to get the results you're after.

Not the answer you're looking for? Browse other questions tagged modeling mesh 3d-printing or ask your own question.

19
How to cut an object along a curve?