How can I prepare a point cloud for visualization in Blender using MeshLab?

Using your example I have found the reason for your troubles.

After importing your point cloud example pressing . on the numpad brings the point cloud into view. Entering edit mode Tab and deselecting all points A then selecting one point shows that it has co-ordinates of 10000,10000,132.189 - that is the one point is ten thousand units from the origin point which is located at the centre of the scene. A little trig tells us that rotating a couple of degrees while at a 10000 unit radius from the centre pivot point gives a large amount of movement, taking the object way off the visible screen from a tiny rotation.

Therefore the solution would be to first import the file, make sure the imported object is selected - selecting in the outliner may be the easiest way.

While in object mode set the objects Geometry to Origin - 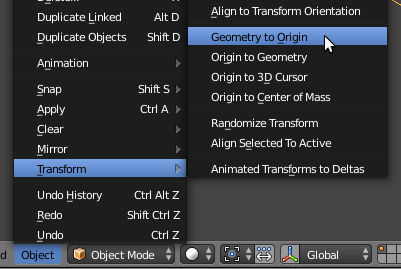 This should place things close to where you want them and make things easy to work with. 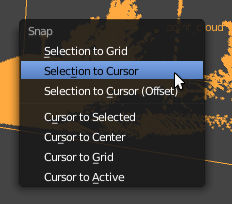 0
Unable to see anything after importing pointclouds

3
Importing point cloud to Blender?
2
How to recreate a "point cloud sandbox" effect in blender?
0
Assign colour to vertices given face texture, and enable conversion to a point cloud
4
Point cloud animation
0
cannot get wisps on ghost with point cloud node in blender