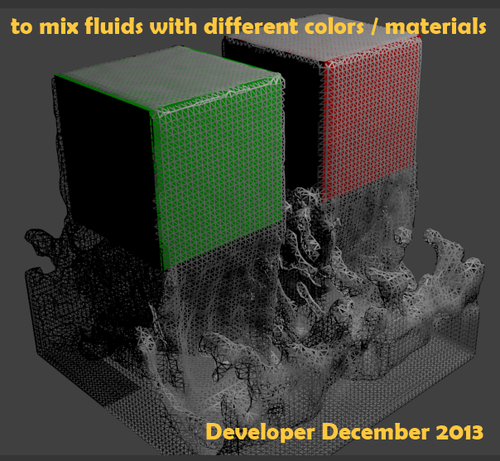 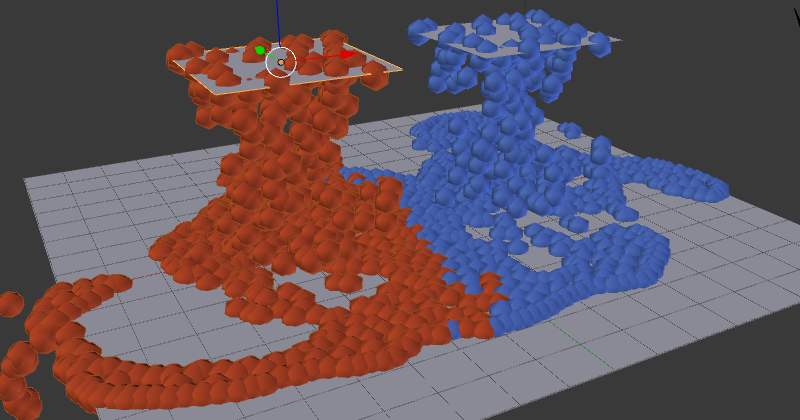 1
Can I create two coloured liquids that mix together?
12
How to bake multiple fluid simulations in one scene?
8
simulate interaction of fluids with different viscosity
5
Is it posible to mix materials in fluid simulation
3
Is there a way to render particles as if they were a single liquid?
1
Fluid Sim multi coloured domain

12
How to bake multiple fluid simulations in one scene?
4
Is it possible to vary the material color by location for a fluid?
8
Fluid Simulation: Inflow is stretching to the edge of domain when baked
4
Fluid Inflow Fails To Fill Simple Tank Depending On Position In Tank
0
Fluid Simulation is not working when a object is used as fluid obstacle
1
ReBake a fluid Simulation?