I am modelling in Metric mode. I added a torus in Edit mode and it will not allow me set set the Major radius to anything larger than 1 meter. If I type in a value greater than 1m, it just changes back to 1m and clicking the arrows on the size control will not increase it past 1m.

This is probably stupid, but is there some setting that I might have activated to prevent larger sizes? I've double checked that snapping is off, so I'm stumped.

What could I be doing wrong?

Additional info: I have the scale of the metric units set to 0.01 and this seems to be the cause, but why?

At this point the Major radius of the torus cannot be made larger than 1 meter.

If I change to metric units but do not set the scale, then the major radius of the torus is capped at 100m.

If I do not change to metric unit but instead stay with Blender units, then the major radius is capped a 100bu.

This seems to be an arbitrary limit. Is there any reason for this limit?

I don't have any evidence to bring up, nor I talked to the developers, so just take what I'm saying as my personal opinion build upon usage experience.

Many sliders in Blender have values capped to certain values. Their purpose is to avoid crash in the software caused, for example, by intense computations. A famus example is the 6 step for the Subdivision Surface modifier. Without having that, the casual user can easily click and drag the value and he'll probably get a freezing window that may ruin hour of work.

"Stop steps" can be said be an help to prevent behaviur that users tipically don't want: they are a threshold that is warning you: "before crossing this line, think about twice what you are doing...is that what you really want? are you conscious of the consequences of your actions?".

So why capping the size of an object to 100 units can be helpful?

I would say that all is related to the default scene. While everyone love to delete the default cube, not as many tend to erase the Camera, or if they do, the Add Cam command place one that has one thing in common with the default: the clipping limits.

The End Clipping is always set to 100 units, so making objects bigger than that would not ensure that they will be contained in the frustrum, and so visible from the cam. In this sense, placing a "Stop Step" is an help to avoid adding geometry that can't be seen unless you are really sure is that what you want to do.

The "100 Stop Step" infact exist in all the default primitives (Plane, Circle, UV Sphere, Ico SPhere, Cone, Torus, Suzanne...) but only in the Torus object can't be surpassed. My wild guess would be that it's the code has not been update yet (in Blender 2.45 every primitive had the limit).

Creating the torus in python doesn't seem to have this limit.
not sure if it's easy to do but you can add this as a custom operator in the toolshelf.

But you can change the scale of the scene if you're in metric or imperial. This allows objects to be the size you want, but won't change the objects themselves. 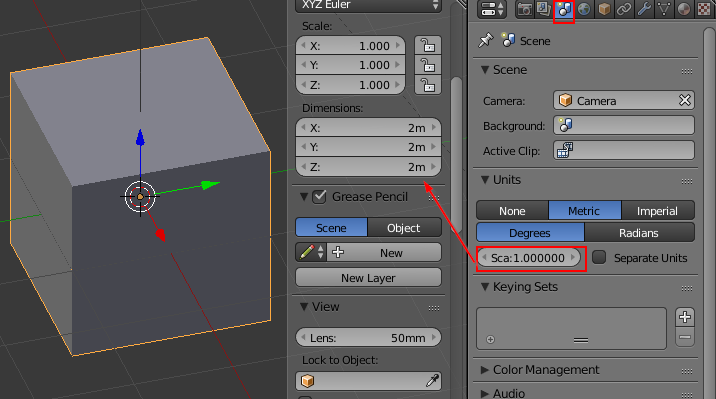 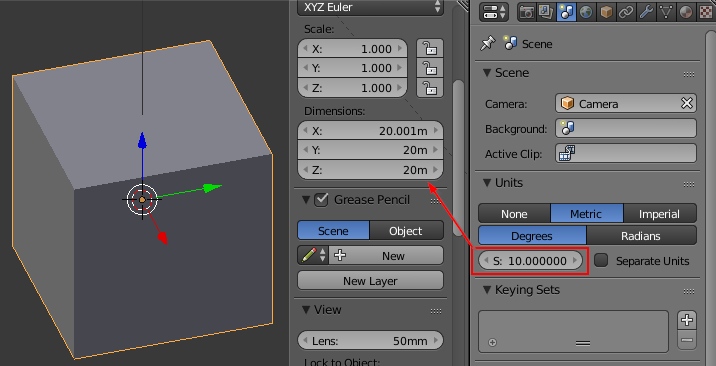 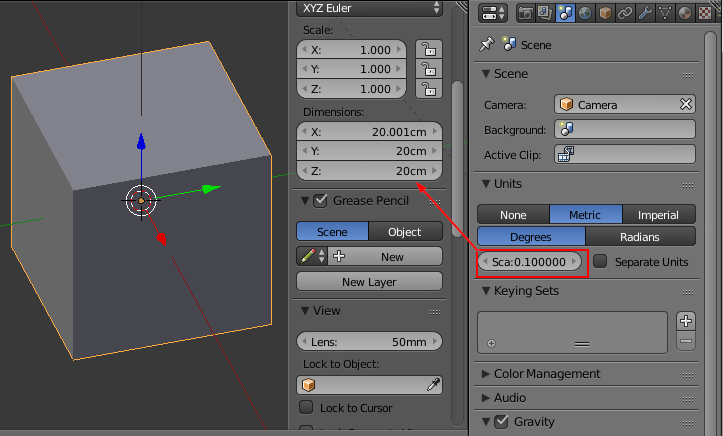 1
Can’t add a torus with a large radius

11
How do you set the scale for a specific project?
8
Problems extruding a circle along circular path
6
Need advice for creating a simple scene with very large dimensions
1
Change the scale of the viewport
2
How do I make blender use precise measurements for scale?
0
Snapping to grid get's messed up after scaling down vertexes
0
Yet another Grid question