I am having difficulties with the execution of an Action Actuator I created.

In the logic of the game I got a planet on a first scene. I'm supposed to click the planet and that will trigger two things: a second scene that'll show a planet rotating and a Plane that'll be fading out from black to transparent through some keyframes established on its Alpha channel.

This fading color action is executed by having the first planet sending a message to a sensor in the second scene.

The thing is working fine when I play it on the Timeline view but when I start the Game Engine itself it won't work by times and when it randomly does is not showing the fading effect but abruptly dissapearing. Any suggestions?

This is how I settled the sensors for the two actions I'm talking about (changing scene and fading out of the plane): 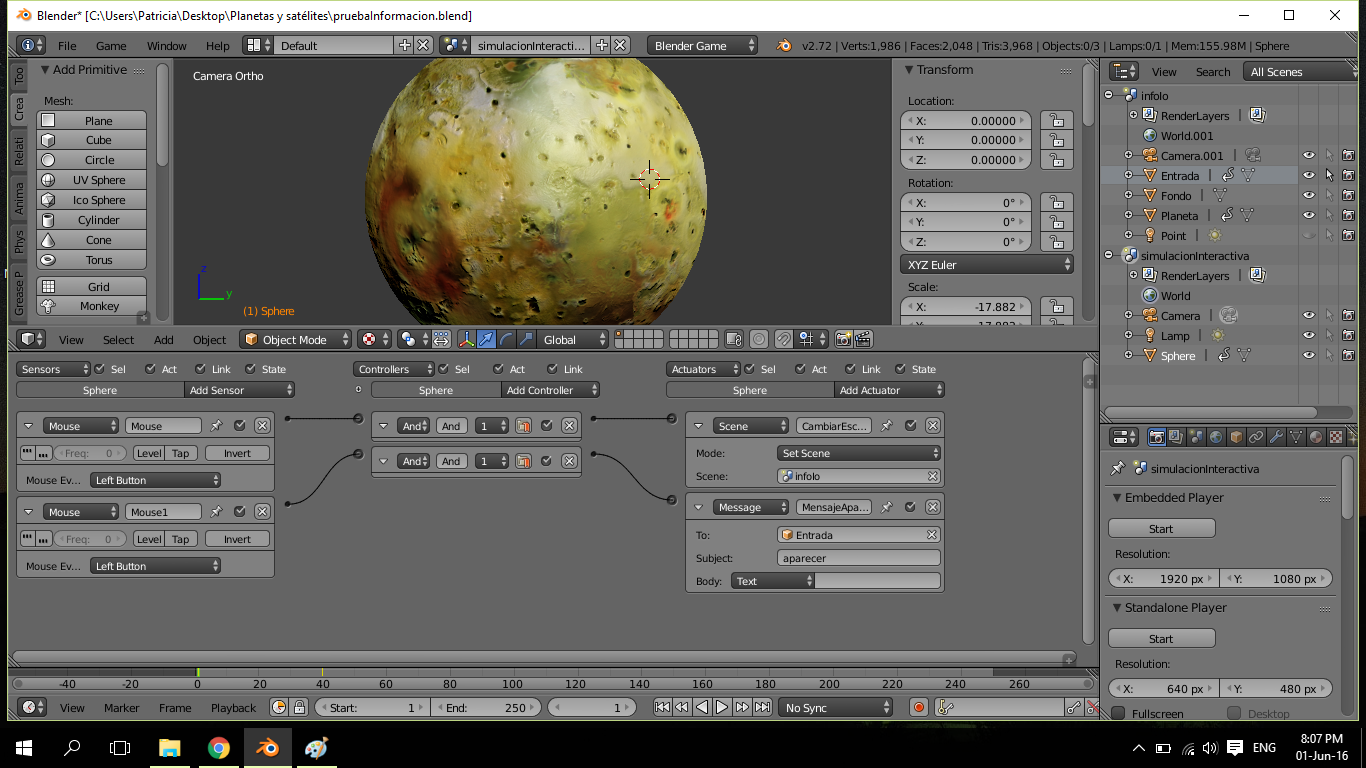 This is how I configured the sensor for the plane that fades out:

0
Blender Game Logic Actuator
1
Jump actuator not working
0
Blender Game Engine: do something when an actuator happens
1
Blender game controller using arduino not working properly
0
BGE Action Actuator and Motion Actuator
0
Not understanding how message sensor works
0
BGE 2.79: How do I change an action in-game with the push of a button/object
0
How to play multiple actions using action actuator?