How to properly rotate bevel object on a fractured beziercurve

I am trying to place long benches on a lot of edges in a park. I decided to use Curves with a bevel object for that. I placed edges on the places where the benches need to come and converted the mesh to a curve. There I added a bench profile. I placed the origin point of the bench profile to the bottom so I thought that works without problems. Now does the problem occur that the profile is randomly rotated over the curve like you can see on the image below. These images are taken on different positions in my park. 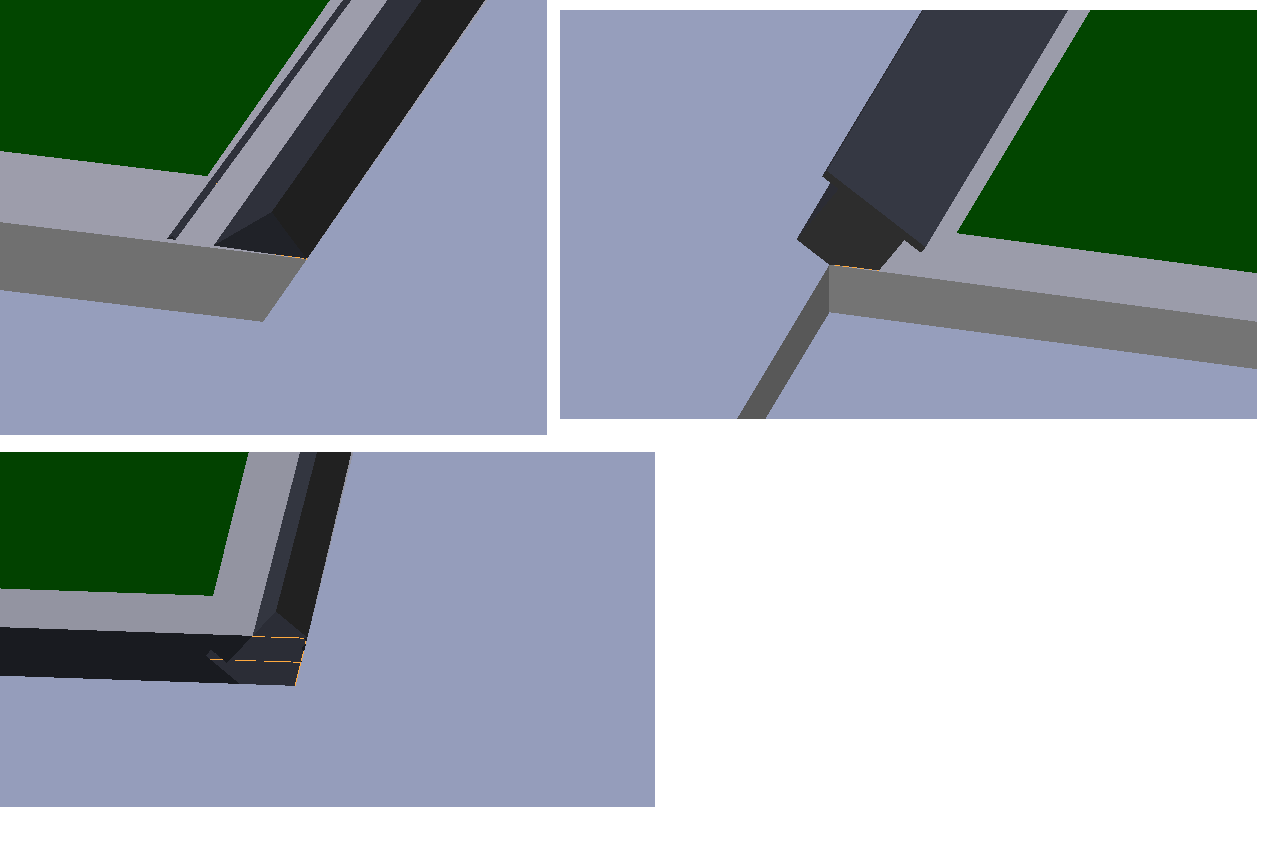 Of course, I did try to search for a similar problem and what I found here is that you need to rotate the profile in edit mode but that does not solve the problem because it keeps the different rotations but then just from another angle. Also is this inaccurate because you never know when it is horizontal.

So what I want is that the broader part of the profile (to sit area) is placed on the top on every part of the curve.

Here my curve (all parts are in one curve), my curve settings and the bench profile: 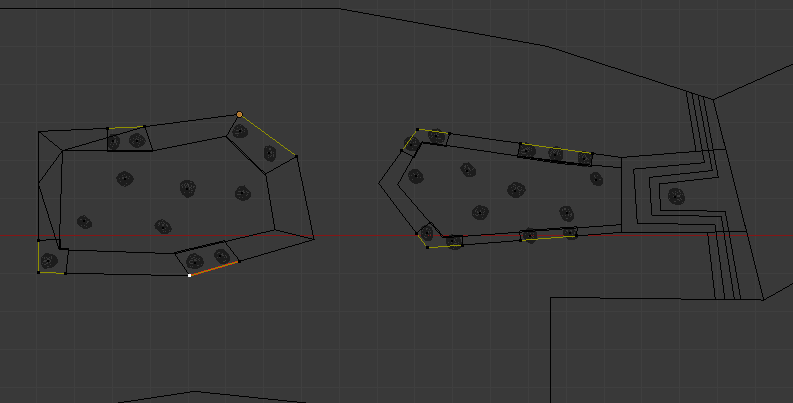 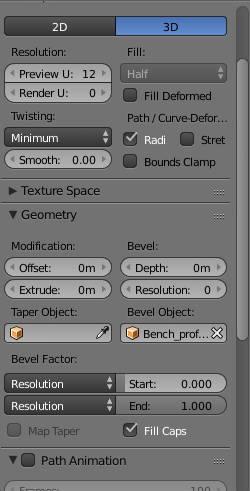 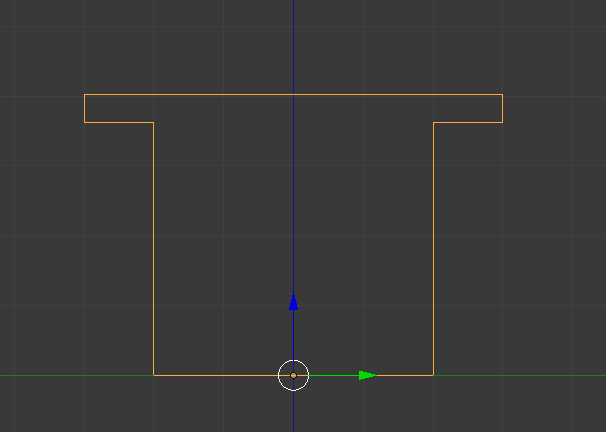 What I did is create the curve directly from a curve instead of converting a mesh to a curve. I still want to thank everybody who gave suggestions that should work in normal situations.

modeling bezier-curves
Share
Improve this question
edited May 31 '16 at 18:44

Object Transformations are the latest thing that affect your mesh appereance, even after modifiers. 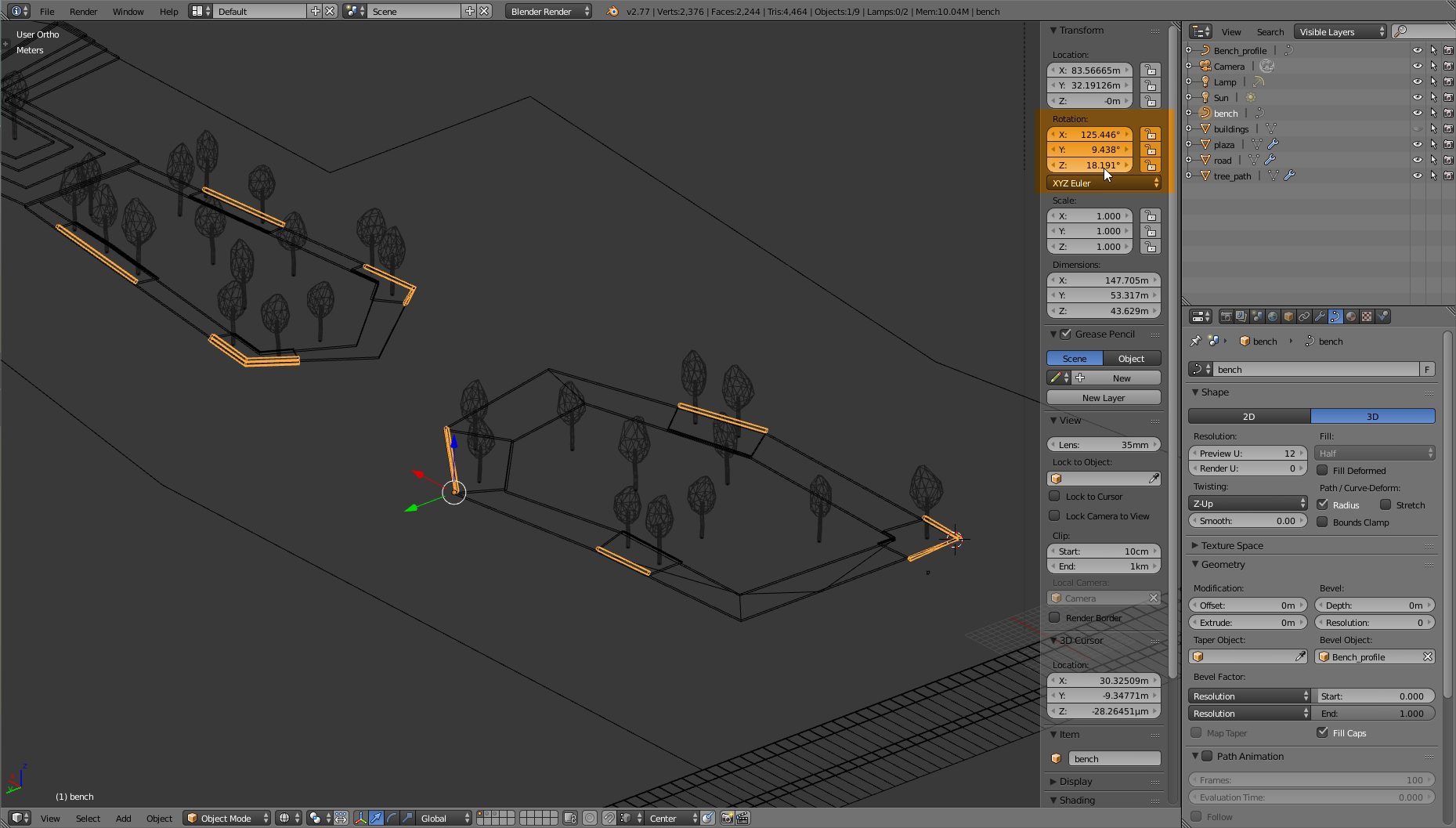 All the curve related options (including the Twisting type) consider the un-rotated mesh, that in your case look like this: 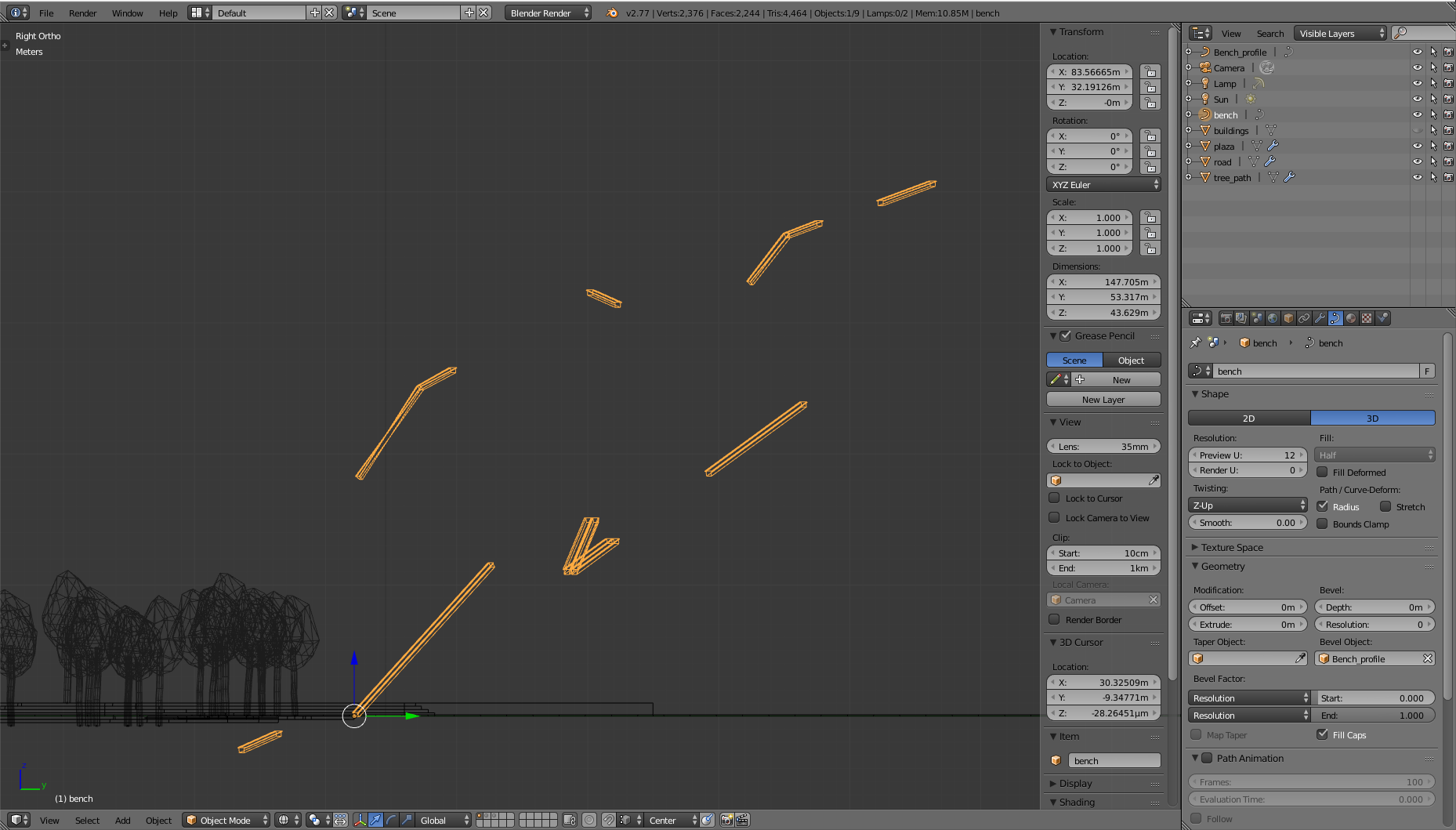 only after that the rigid rotation of the object occours, so the benches will not result having the Twisting type you expected.

Applying the rotation (Crtl+A) will let use the curve's options directly upon the final mesh orientation.

If your benches are all placed at the same level (absolute height) try converting the spline to a 2D curve.

Also keep your section profile as a 2D curve either way.

If not then enter edit mode in your bench path and try clearing tilt on all vertex by entering edit mode and pressing Alt + T.

If that still doesn't help switch the twisting from Minimum to Z Up.

If some segments have the bench on the "wrong side" you can then select one vertex of that curve spline and press the Switch Direction button in the Tool Shelf.

15
Why does a bezier curve twist when rotated?
14
Keeping Bezier spiral curve handle tilt perpendicular to a specific axis
5
Bevelling a curve with object

1
Bevelling concave curve part results in buggy mesh
0
Curve Inner Edges of an Mesh (Not the outer edges which I can use bevel on)
6
Problems with Curve Modifier
8
How do I make a curve in the shape of a simple wave form (sine)?
1
Proportional editing creates rough edges around shape
0
Problem with proportional editing on a curve
4
How can I make a shape follow a profile without it following the profile normals?
3
Bevel mirrored bezier curve