Okay I don't know what I did but my mesh with just a diffuse texture looks terrible now. I could use some advice on how to fix this. 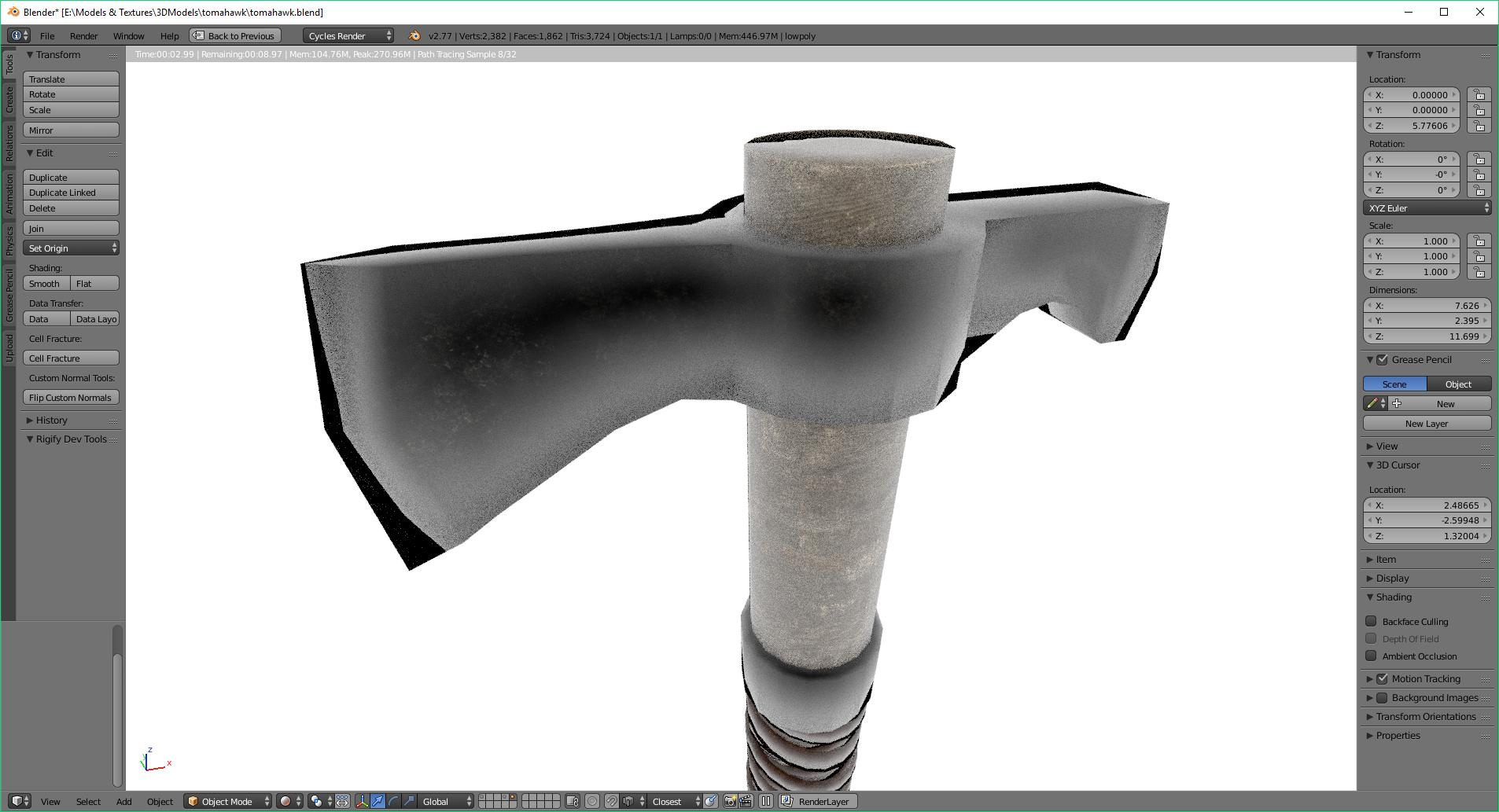 Hard to tell from the image alone, Looks like you turned on smooth shading in your mesh.

Try adding an Edge Split modifier to the object(s)

From the screenshot I can tell that your pickaxe tries to reflect the color of the background.

Try to turn the background to black and create a few emission objects to light your pickaxe. Do not use lamps

I hope I could help

I figured out the issue I was having. I was using the shader provided by Quixel in there Quixel to Blender three part video series. The output I received from the software was a diffuse, normal, roughness, specular, and reflection at normal. Plugging everything in works fine, but I was plugging things up wrong, and didn't have the y channel flipped for the normal (green channel).

So essentially I just flipped the Y channel on my normal by separating the RGB using a seperate RGB node than using an invert node (for the G) than used a combine RGB node to finish it all off. The intense white was because of the roughness at normal being set wrong (my fault).

I've included pictures to show what I mean and my outcome & to also show that things are showing up as they should now. 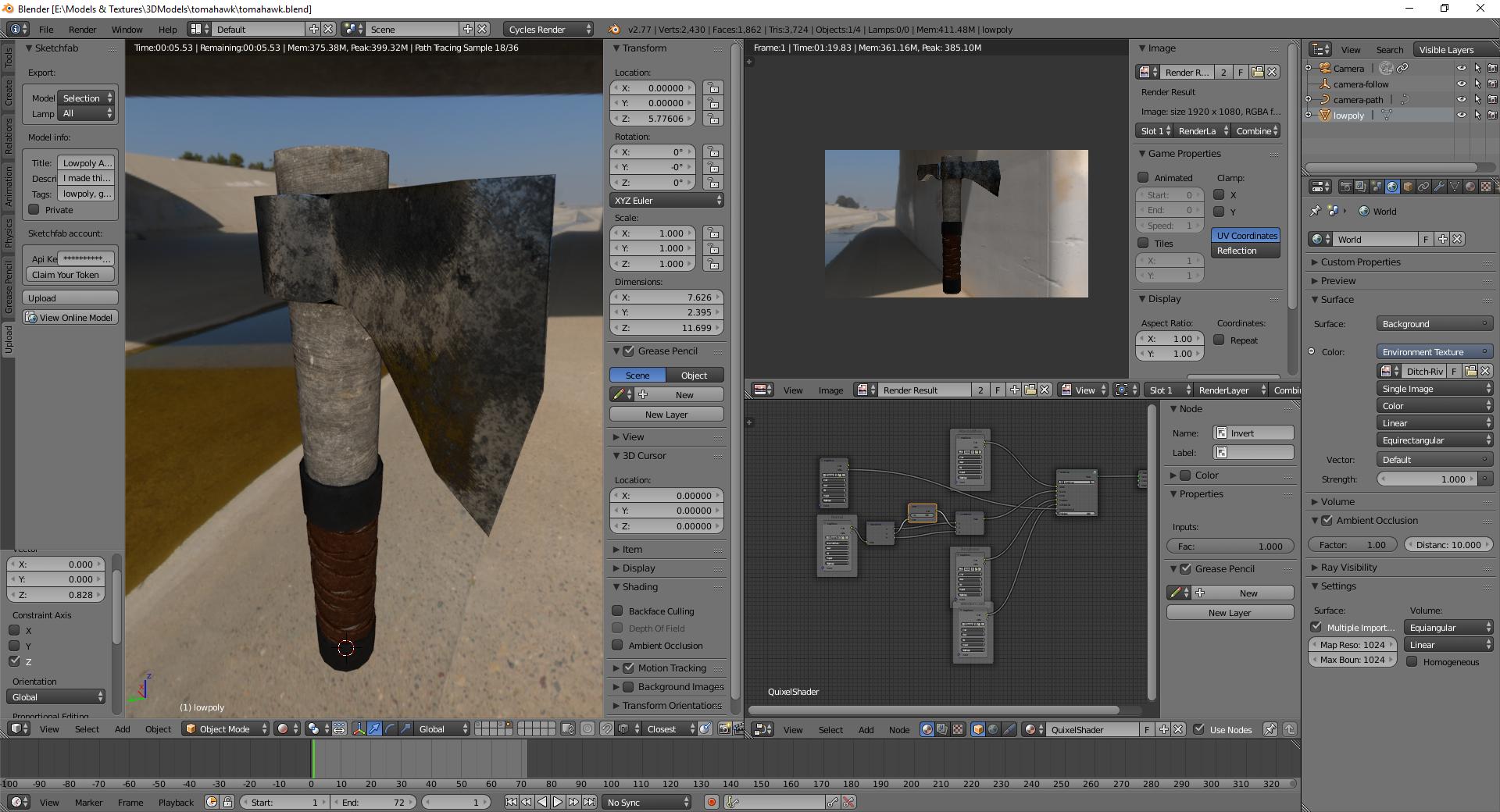 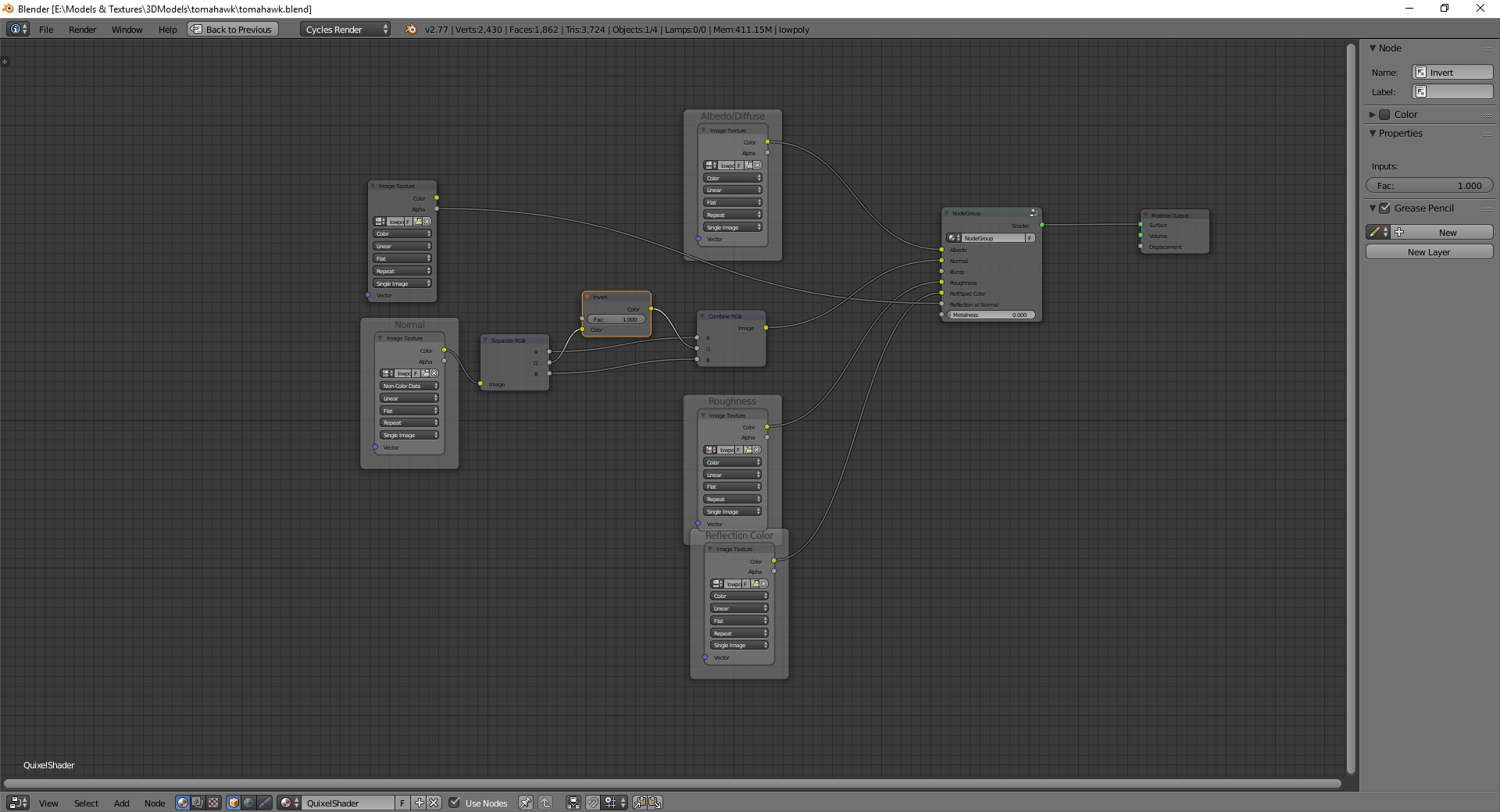