How to get additive blending in cycles?

I want a semi transparent particle that adds to the color behind it. Stack enough on them on top of each other it will be brighter and brighter until it is pure white. It is of course volumetrics I really want. 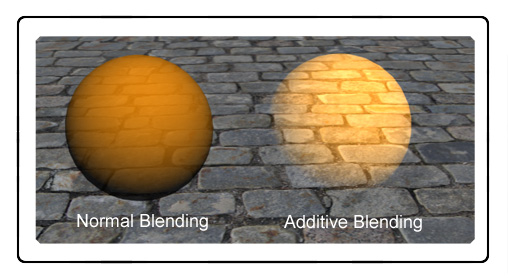 I have tried this but it only decreases transparency. Not much surprise there. Is it at all possible? 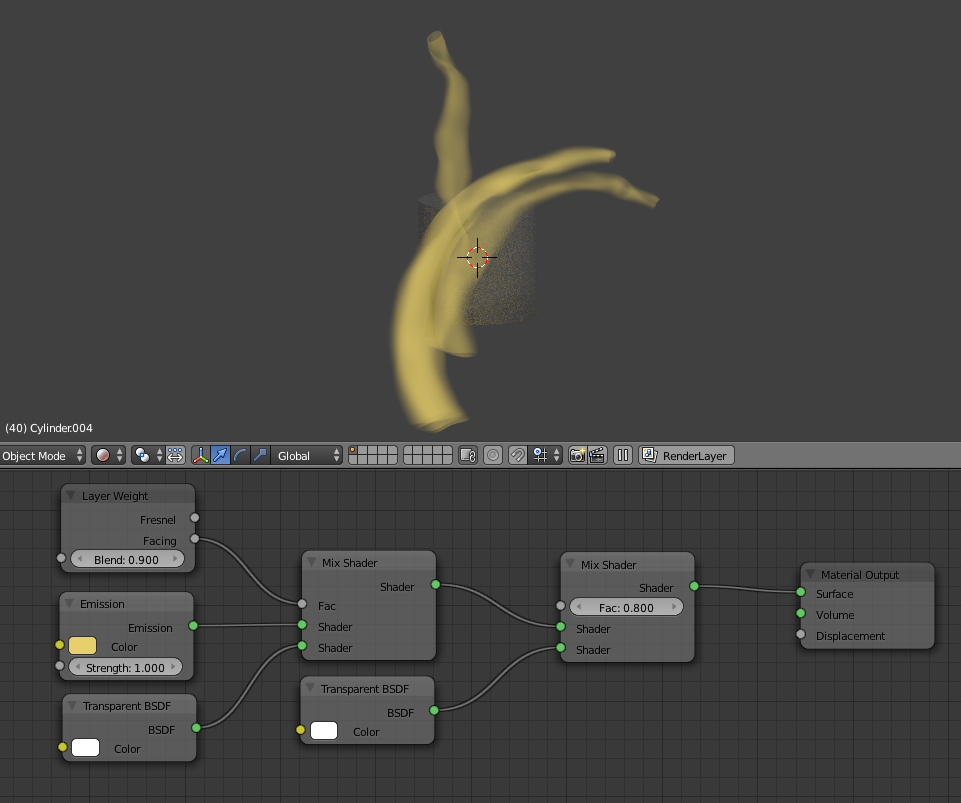 My result with the Add shader. Light isn't added (then it would be white). It is only the transparency that goes away. 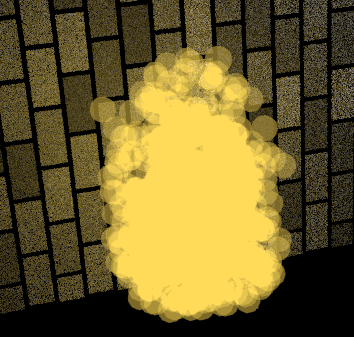 My node setup with the Add shader. I have also tried it with reversing the colors of the two shaders I add. Similar result.

Start of a solution

Thanks to Gandalf3, I have begun to solve this with only a shader. This is the shader.

This is a test render. I need more geometry, tweek the alphas and some more, but basicly, it is what I want. 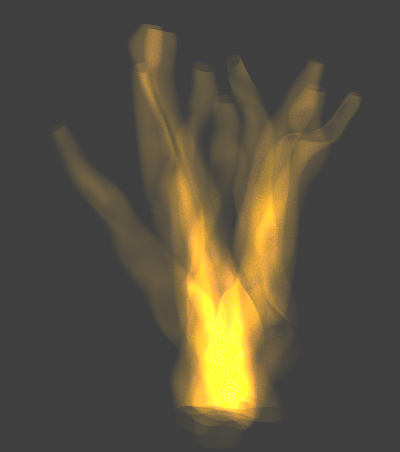 I had to increase bounces in light path settings. This is experimental values but work for now. If not changed, the central part of the flames would be black. 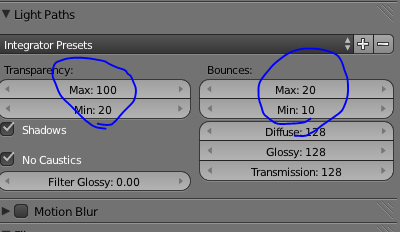 This setup will add the transparent shader to itself when seen by the camera. To avoid excess fireflies, an emission shader is used for non-camera rays.

I used two transparent shaders in this case, but if you don't need to control them separately then only one is needed. 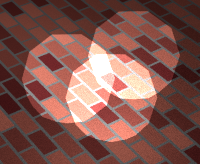 Note that with many overlapping objects you may need to increase the max number of Transparent bounces in Render settings > Light Paths to avoid getting black spots where there are more overlapping transparent surfaces than the specified number of bounces.

With the new transparent depth output of the light path node, you can avoid getting black when you run out of transparent bounces. This setup will replace the transparent shaders with an emission shader when the max number of bounces is reached:

This way you can use lower numbers of transparent bounces and not have annoying black spots.

This will make the emission shader become brighter the longer a ray travels through the object:

However, this only works with a single object, so it doesn't look too good with many overlapping particles.

I think the only way to make a material add to what's behind it is to use compositing. To separate the added material from the rest of the scene, your going to have to use RenderLayers. 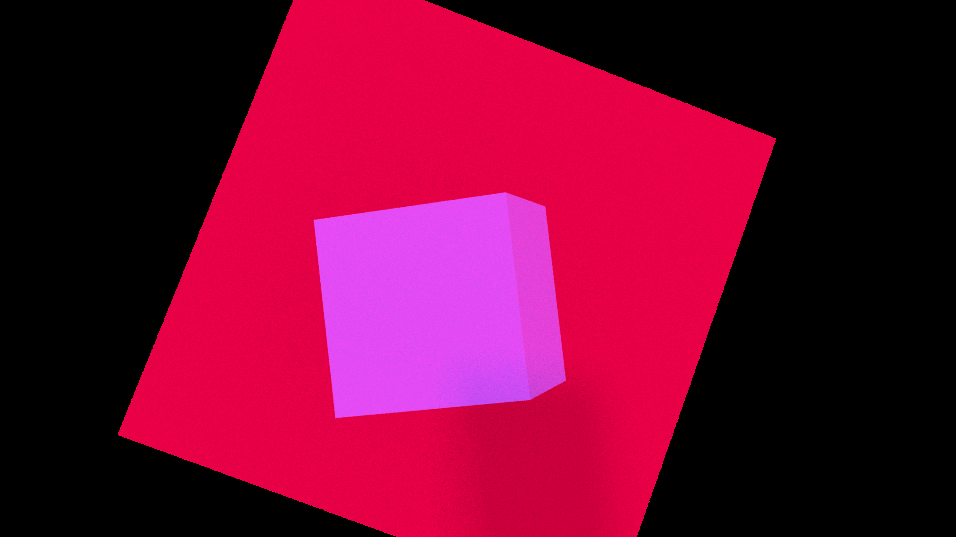 And here is another way how to make additive material. Possibly it will be helpful for someone. 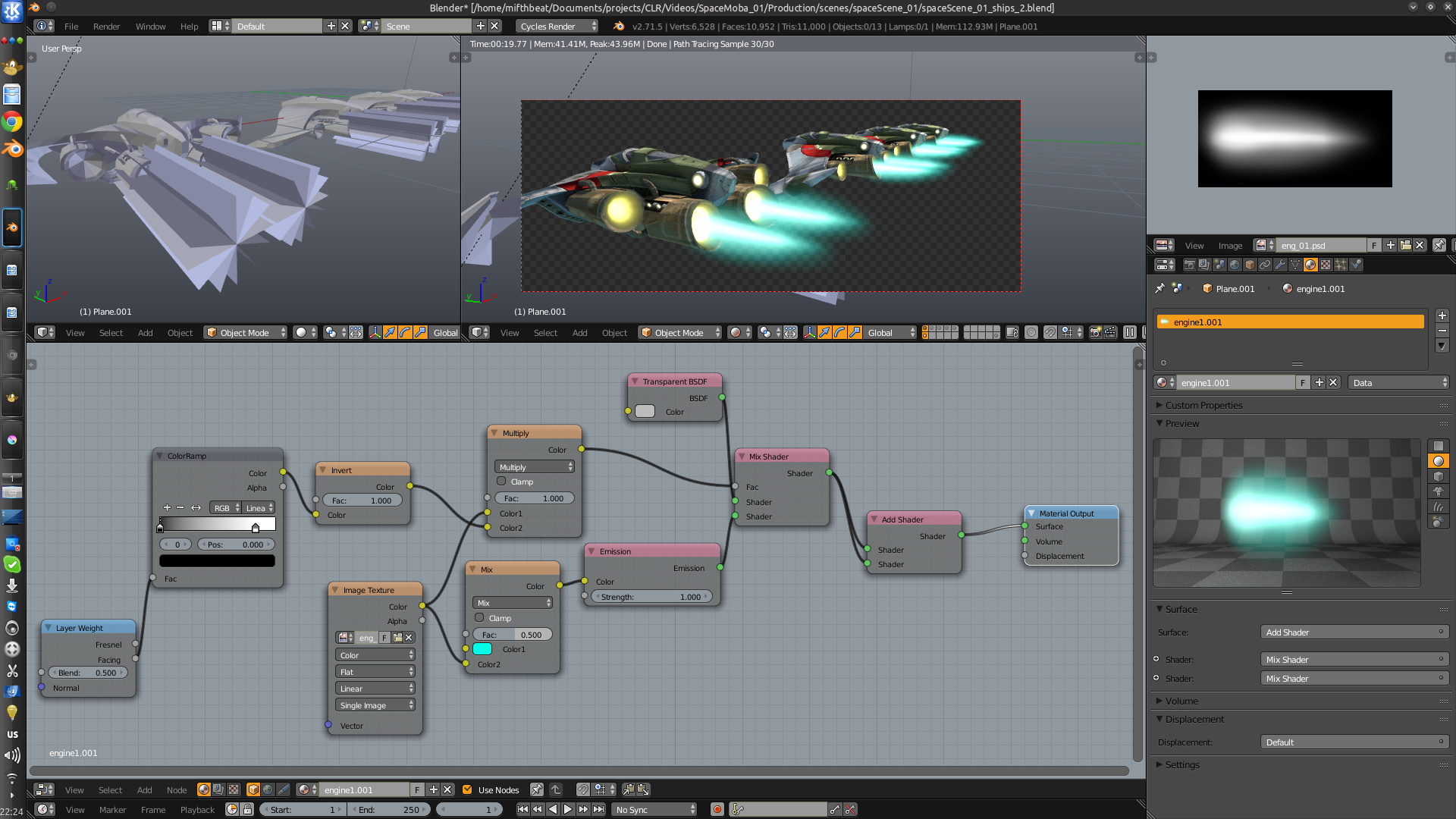 Actually, I continued fiddling with the Add shader and came up with this. I am not really sure why this works better than the others. It may not be true additive blending but it looks good. 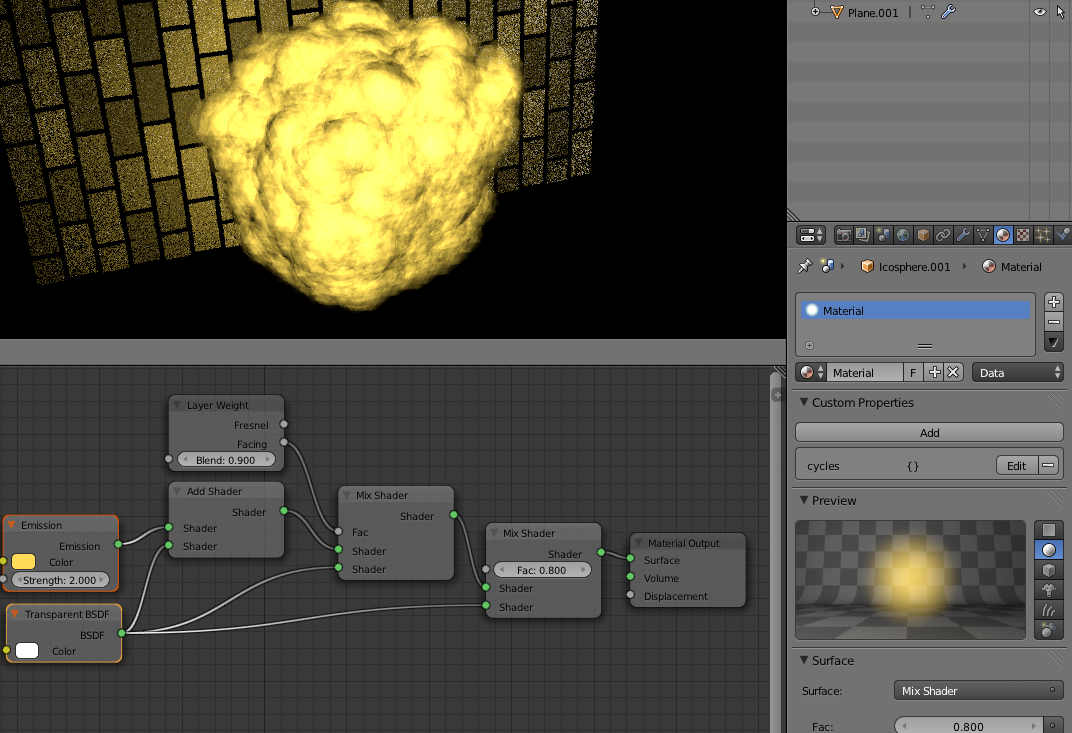 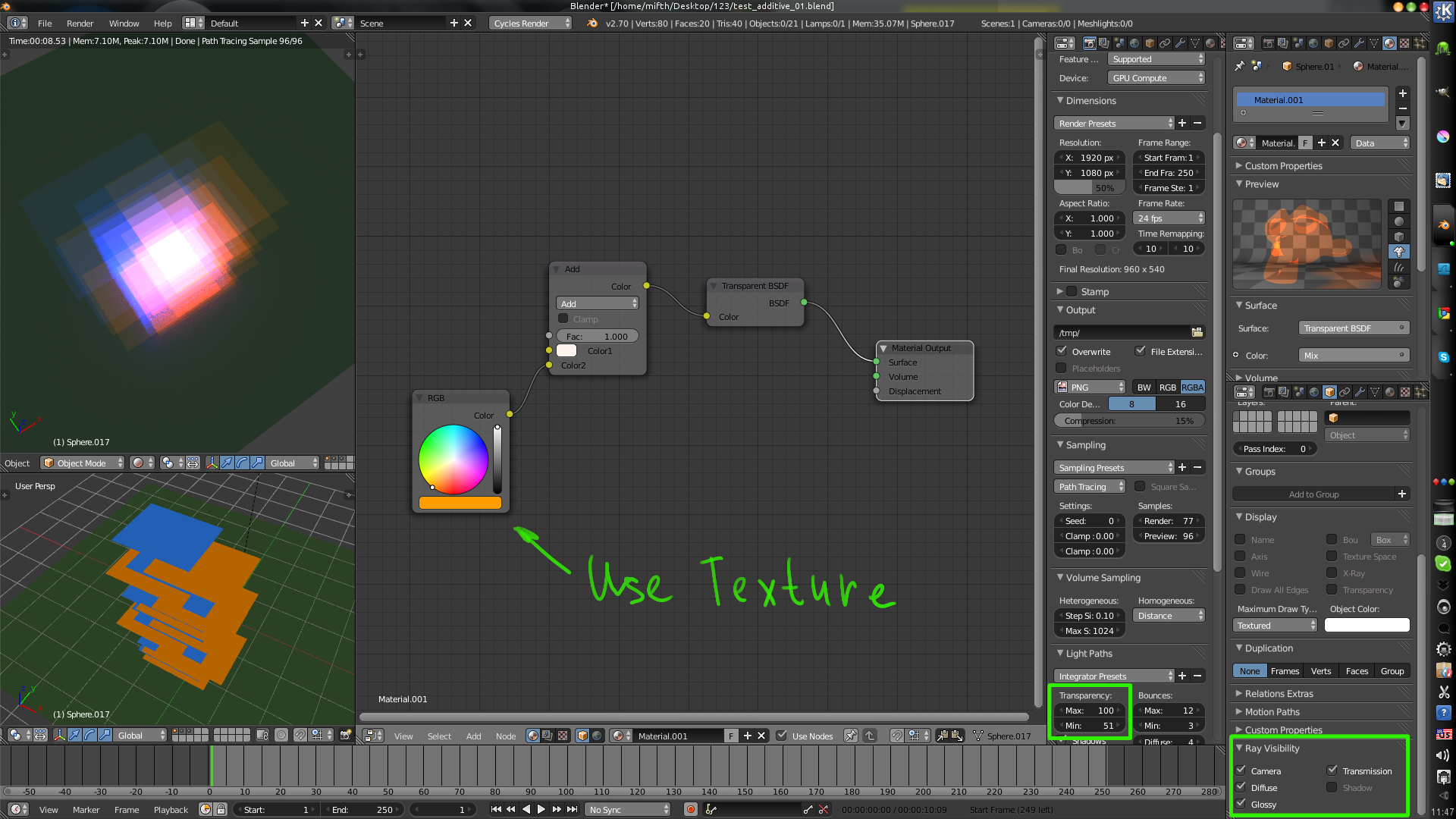 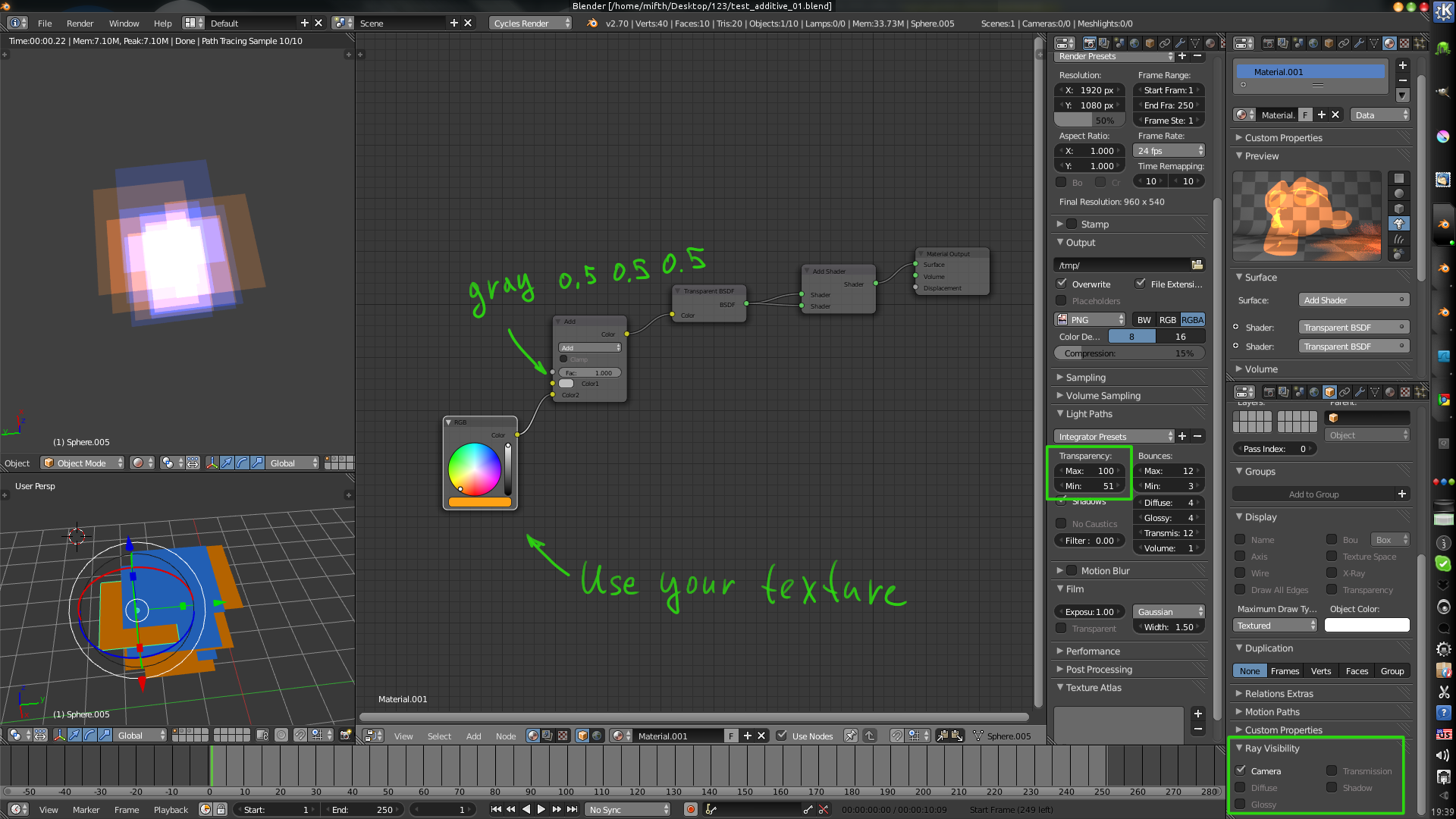 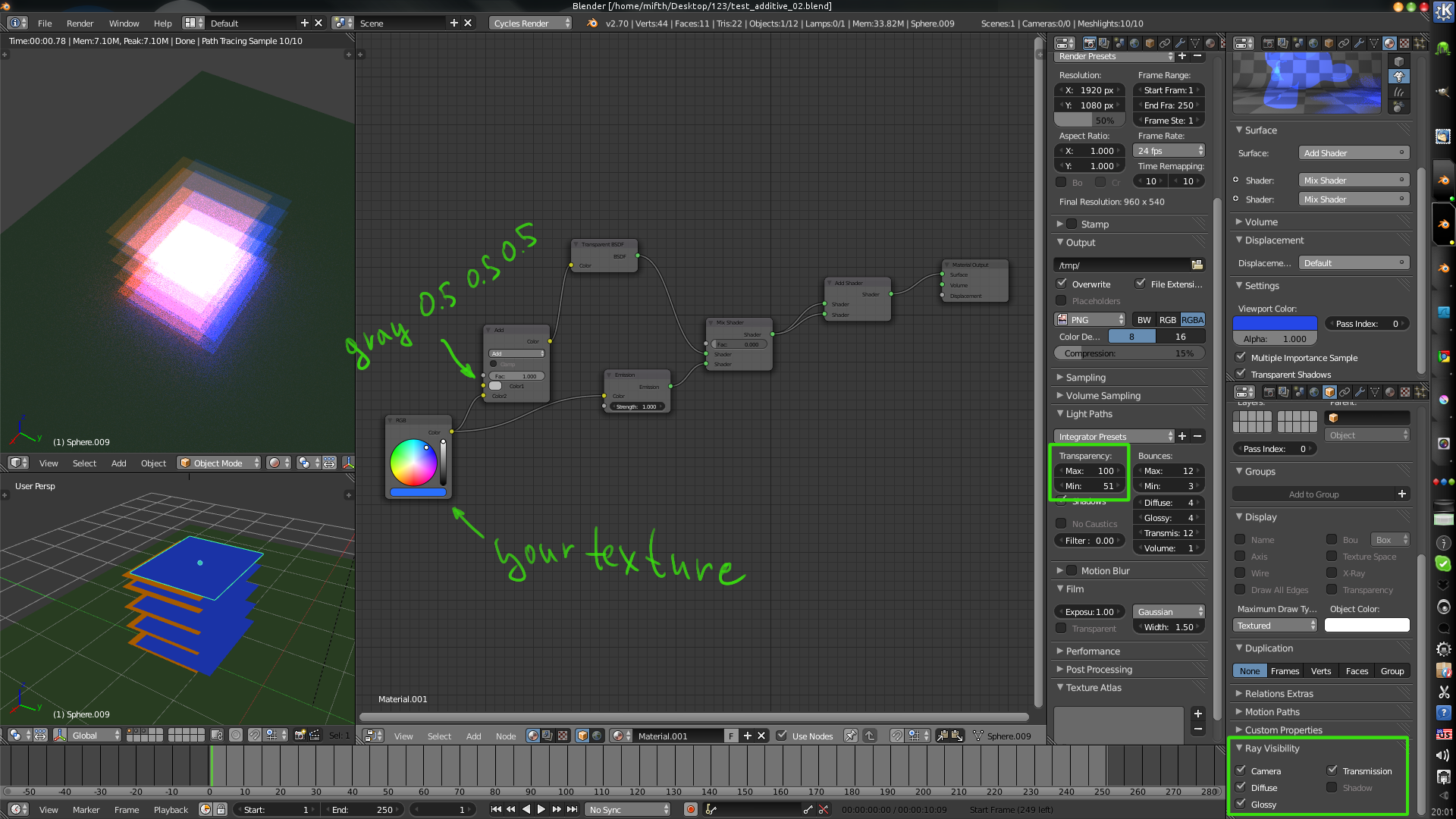 8
Material that emits light, but appears diffuse?
13
Render semi-transparent volume with cycles
118
Render with a wider dynamic range in cycles to produce photorealistic looking images
5
How can I simulate metamerism in Cycles?
4
cycles: ghost material / object alpha without texture
2
Disabling Indirect Light in the Cycles Render
2
The algorithm behind diffuse BSDF shader (and why isn't it just "multiply"?)