Is there a way to "merge" two extruded regions to one?

I have a model as shown below, which is the product of two extrudes, bottom step followed by upper step. These are disjoint which I can see if I select the front face of the upper stair and drag it up, there's even a hidden face between.

If I had extruded upwards from the bottom step my hidden face would be along the wall instead, so no improvement. (I think it's a non-manifold mesh but https://blender.stackexchange.com/a/7914 does not help here as it selects no vertices or anything). 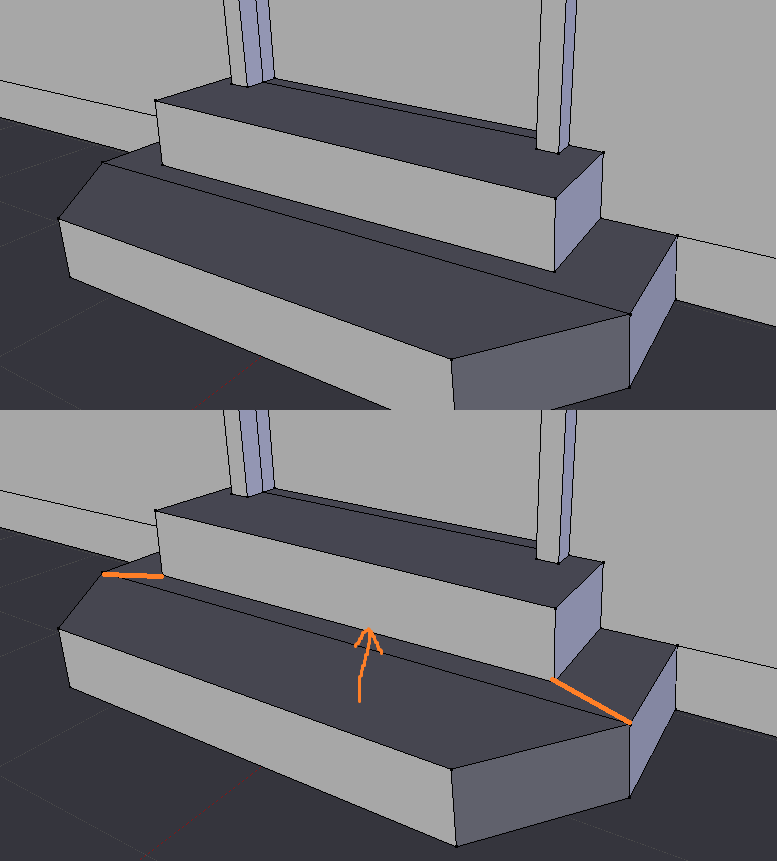 I could fix this by deleting the two faces touching in the above image and manually recreating the 3 triangles seen below. I was just hoping there was an automatic way to collapse "touching" geometry. 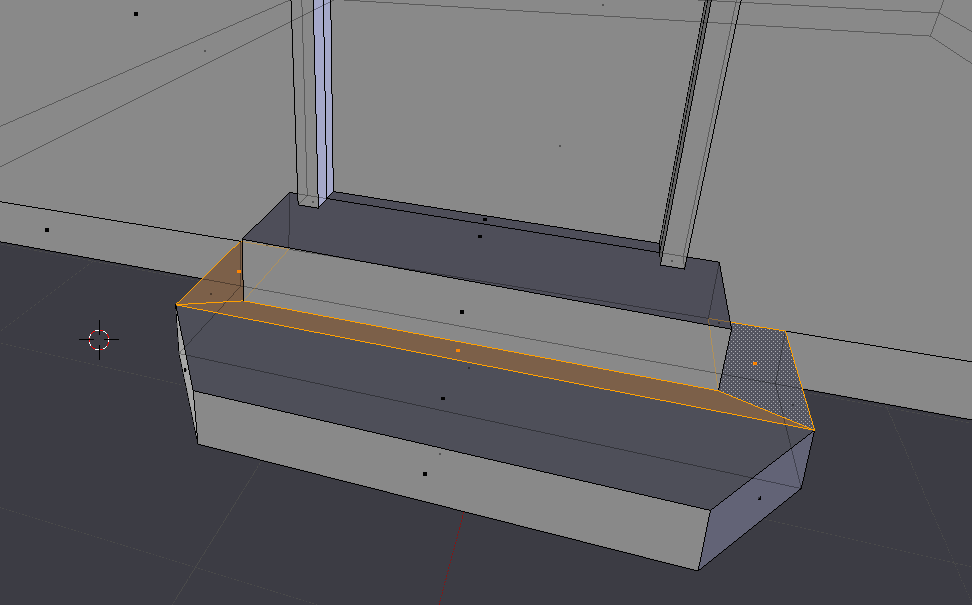 Delete both overlapping faces. Then select the edges on both steps and do bridge edge loops.

Share
Improve this answer
answered May 21 '16 at 22:10
user1853user1853
$\endgroup$
0
Add a comment  |
0
$\begingroup$
Want to improve this post? Provide detailed answers to this question, including citations and an explanation of why your answer is correct. Answers without enough detail may be edited or deleted.

Select the vertices you want to join and press M. Then, press at center.

95
What is non-manifold geometry?

3
Moving only one vertex of the edge
0
Create a new edge along a face
6
How to merge two crossing faces into one?
2
2 related(?) questions: How to scale or extrude multiple selections together?
1
Insetting a non-closed mesh into a solid object
1
How to make a precise bolt hole in a simpler way?
0
How can I create and keep these faces together nicely?
1
Trying to fill an opening in an object and match depth