I could not figure this one out by myself so far, and would appreciate some assistance from you guys.

After setting up the base color / albedo and the normal map for my object, it looks fine in 3D view, but as soon as I switch into a rendered view or perform a render, the texture looks messed up.

Here is the 3D view: 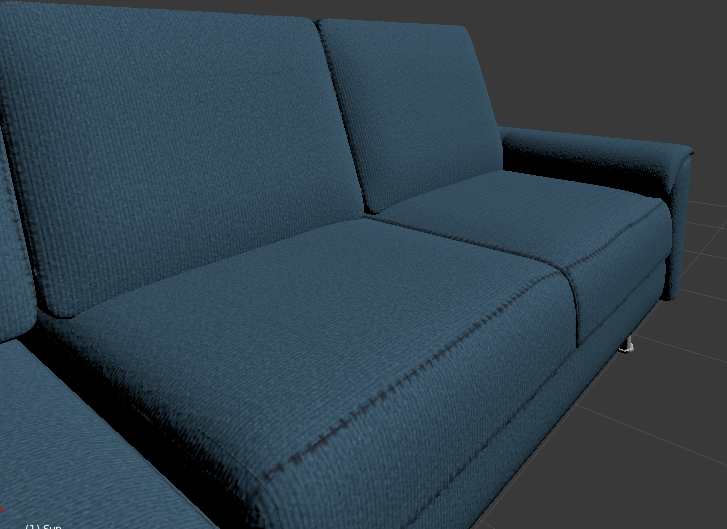 and here the rendered view: 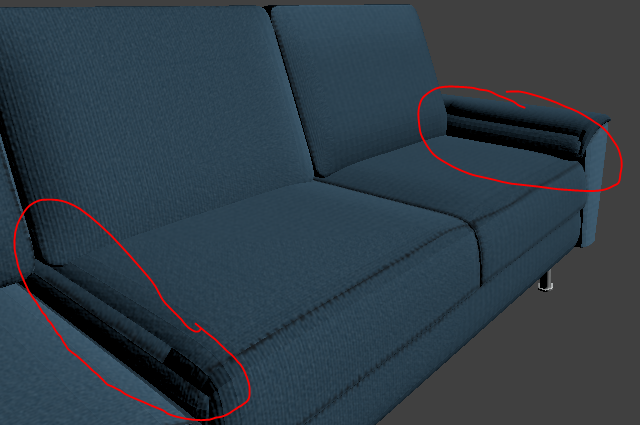 The .blend file if it helps: http://www.filedropper.com/coucholdnew1

Thank you in advance guys! 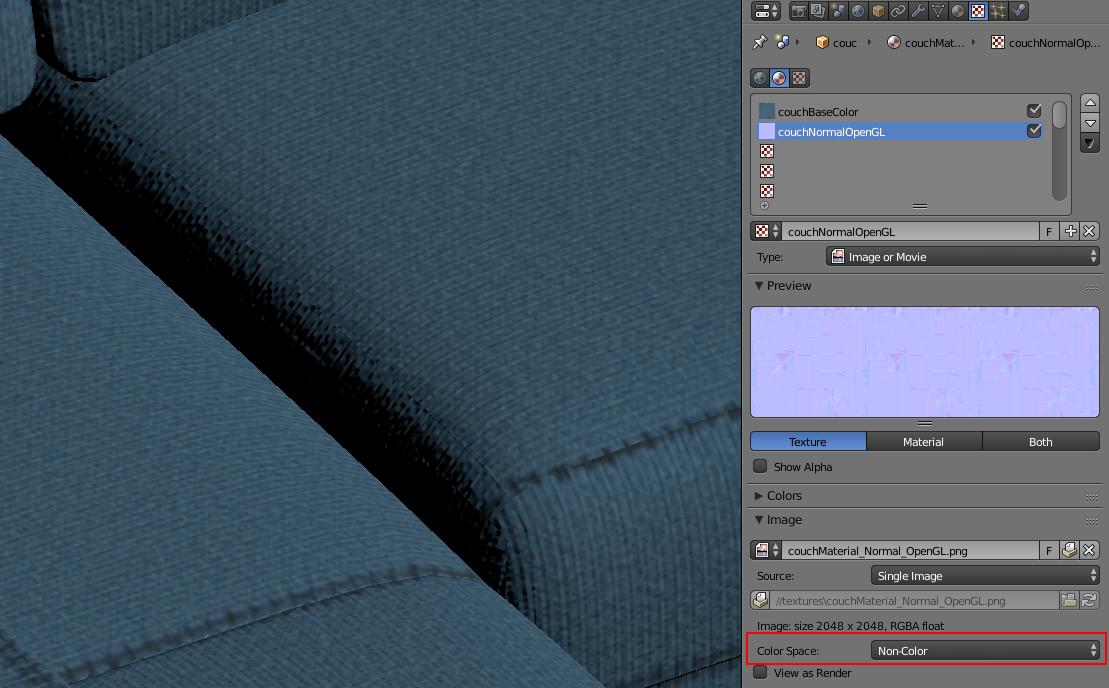 Normal maps are not color, they are values. Using the non-color space makes blender use the values stored, not the corresponding color.
More about color spaces in Blender.

I checked your file and your geometry seems to be ok (no verts facing the wrong direction). It turns out that this is caused by the normal texture (which I already suspected quietly). If you turn it off the model comes out quite nicely. It almost looks like the normals on the affected faces are turned 180 degrees.

Errors in normal maps happen, if you bake the normal map from a model that consists of several submeshes, while they are close to each other, but that would look more noticeably stranger than your normal texture.

Since there is no high poly model with geometry that resembles the fabric I suppose that you've created your normal texture from the diffuse texture so I guess the error was produced by whatever software you used for that.

Not the answer you're looking for? Browse other questions tagged texturing uv normals color or ask your own question.