Why is my center of mass not calculating correctly?

I know I can manually set my origin point but I would like to know why Blender keeps setting the origin of my mesh to the front of my model instead of in the body where it should be when I set Origin to Center of Mass. Why does this happen? 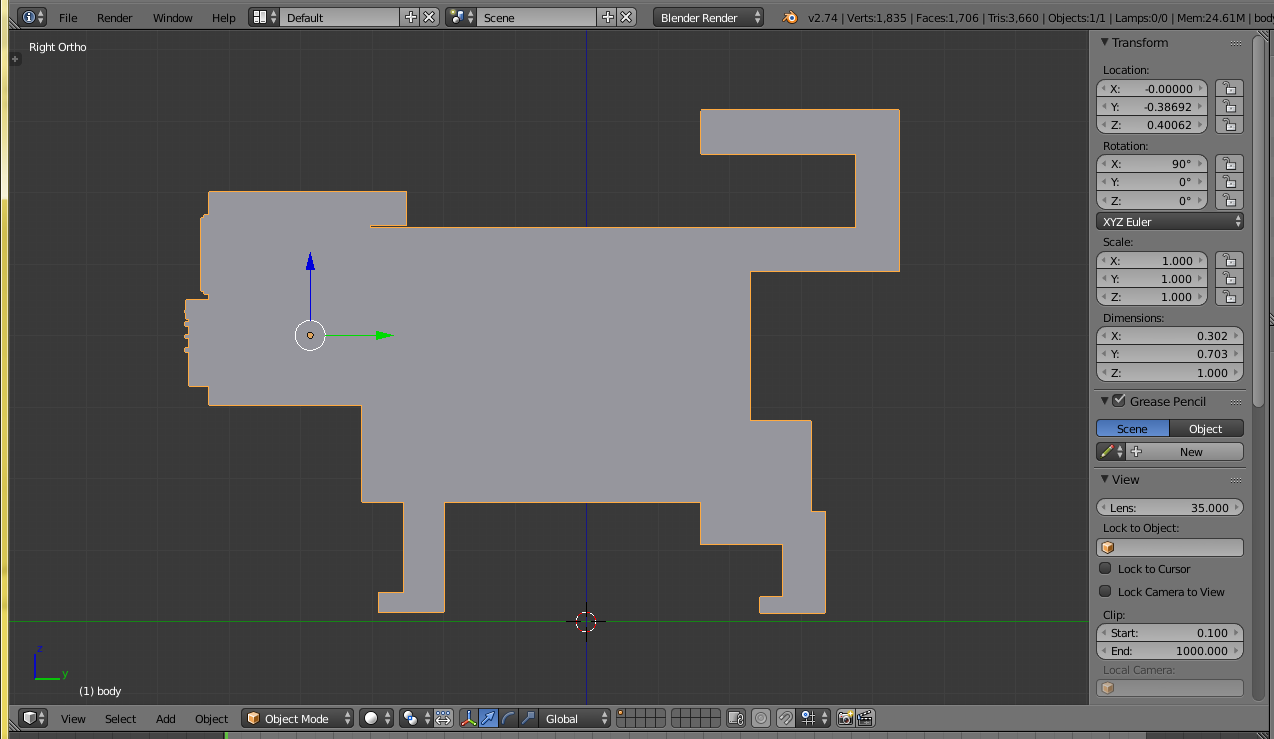 What Blender's "origin to center of mass" does is compute the center of mass of the faces, i.e. it treats the object as a hollow shell with infinitely thin faces.

This is not the same as the center of mass of a solid object with constant density, as this example illustrates: 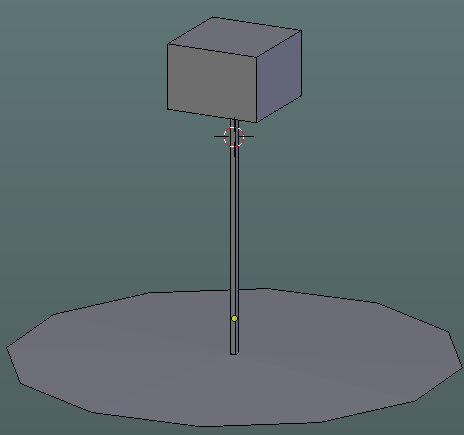 Unfortunately, I don't think there is a simple builtin way to compute the "solid" center of mass.

I have written a Python script that does the actual computation, but it will only give a correct result on meshes that define enclosed volumes (possibly with holes, but the outer boundaries must be continuous). It works by summing signed volumes of tetrahedrons defined by all the mesh triangles.

This example will put the 3D cursor at the "solid" CM location, but you can adapt the script to do whatever you want.

The script applies all modifiers to the object, converting it to a mesh. If you want the CM of your primitive object, disable the modifiers first.

On the other hand, you can use it on a flat object by adding a "solidify" modifier first.

Again, no checks are made to insure the mesh defines a valid volume. If not, the result will be wrong.

This is based on just a hunch but assuming by in front you mean to the left (-y global axis) blender is not wrong about that center of mass.

from the screenshot you have more faces to the left than to the right.
the more faces you have the more mass it will weight. 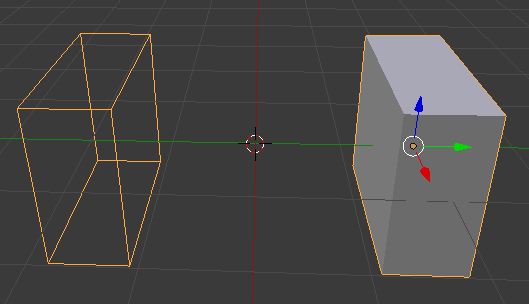 4
How can I calculate and draw the center of mass of various objects, with Python?
2
Left/Right Test

4
Is there a rule for where the origin point should be when modeling?
2
Why Isn't Mirror Tool Working Correctly?
4
Mass dissolving of quads into a single point
2
Why is the scaling point not in the middle of my selection?
0
Adding material/mass to a mesh
0
I am trying to create 2 cubes, with one mirroring the other. Instead it appears to create one cube that is always connected to the center!