I want to make a animation of water going down an pipe like string, but the water behaves really strangely. For detail, here is the screenshot and my settings. 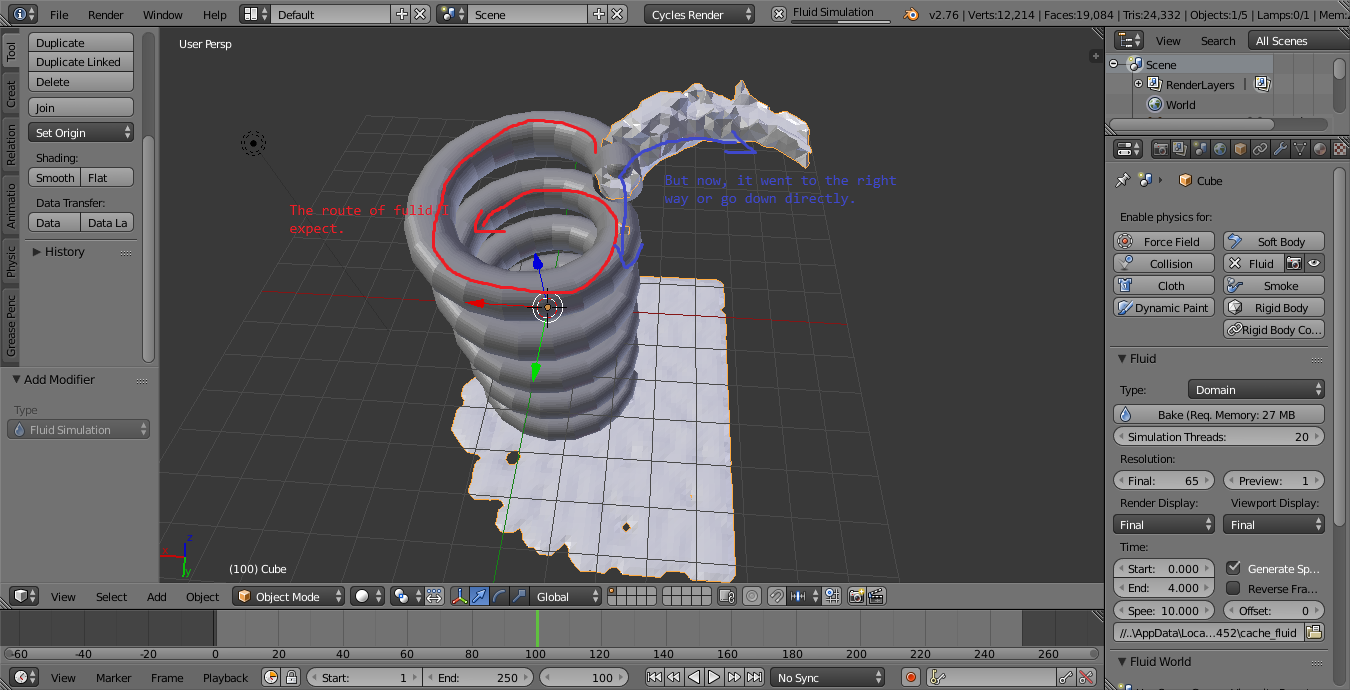 The pipe is made by screw tool. 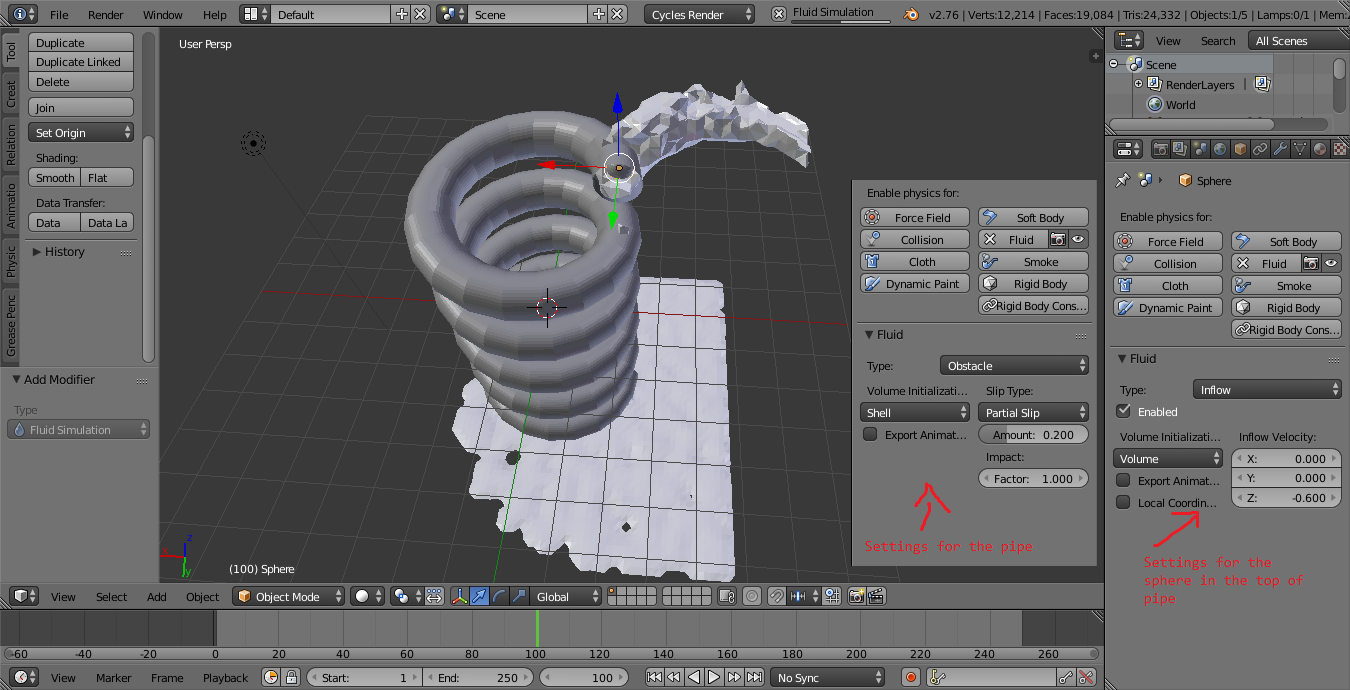 Do you guys meet situation like this? Any suggestions?

Edit: I tried to scale to make objects much smaller and set resolution to 100, but it do not work at all.

I think there are three problems:

Solving the second problem will probably also solve the first problem, but it's worth mentioning both.

This can be solved by "solidifying" your pipe. Use a Solidify modifier, and make sure that it's above the fluid sim modifier, in the stack (or you can just apply the solidify modifier). This will help the simulation figure out what's the inside of the pipe. 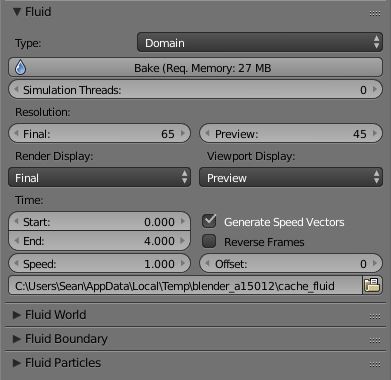 There's also a decent demonstration of how different resolutions behave.

There may be couple of things to check on.

You should apply the screw modifier as non applied modifier don't take effect in some simulations.

The inflow velocity dons't match the orientation of your obstacle,In your case it would be -0.5 in Y and -0.1 in X for instance.