Is there a way to uniformly add texture to a complex mesh without using UV mapping?

I have a large mesh with > 1.5 million faces. I would like to uniformly add a texture to the object without UV mapping (as blender freezes every time). The texture is quite simple and can be applied evenly throughout the object.

What render engine will you be using? Cycles? Blender Internal? OpenGL Viewport/Game Engine?

Yes, for the most part you can, except for real time rendering; for which you probably have little options but to unwrap.

For the other two you could use either one of two methods:

For both no unwrapping is necessary, face angles will be used to mask from where the texture will be projected. Be sure to select Box projection mode in your image texture node. 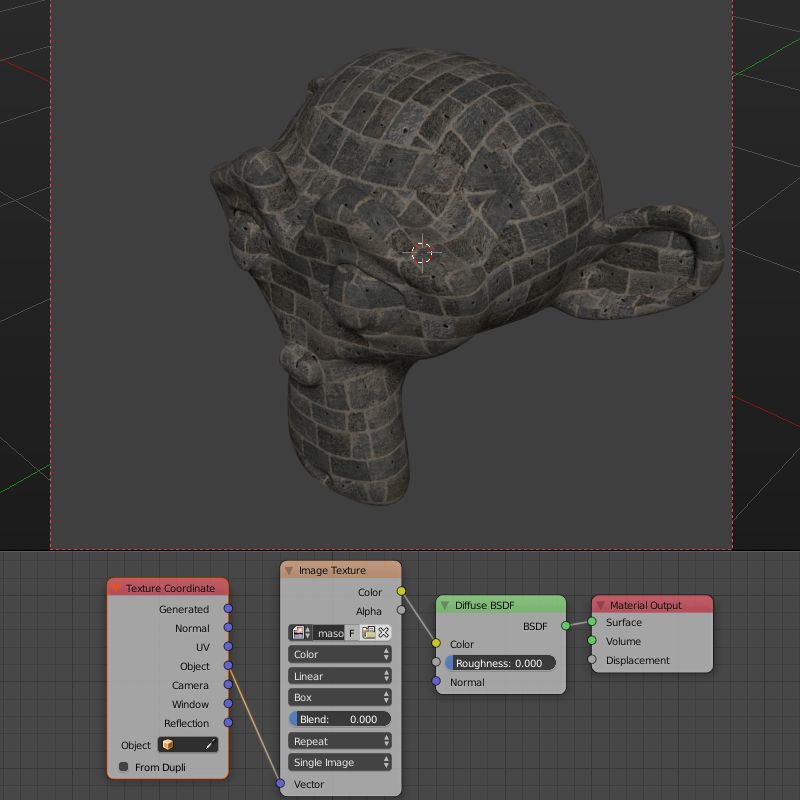 0
Can textures be set to specific size and tiled that way?
1
Floor tiles material - match size for multiple rooms in house
0
correct a deformed checker texture?

5
How do I add texture to new faces on an already-textured mesh?
5
bad texture mapping on sides of a cylinder
4
Texturing with remesh modifier
11
Is there a way to add fake thickness to an alpha image texture?
0
Add repeating text 6-8 times on a UV Sphere using texture instead of mesh
0
UV mapping results in stretched texture on simple mesh
3
Is there a way to paint/remove part of this texture?
3
How do I uniformly apply the same texture to many uneven faces on a mesh, such as a road?