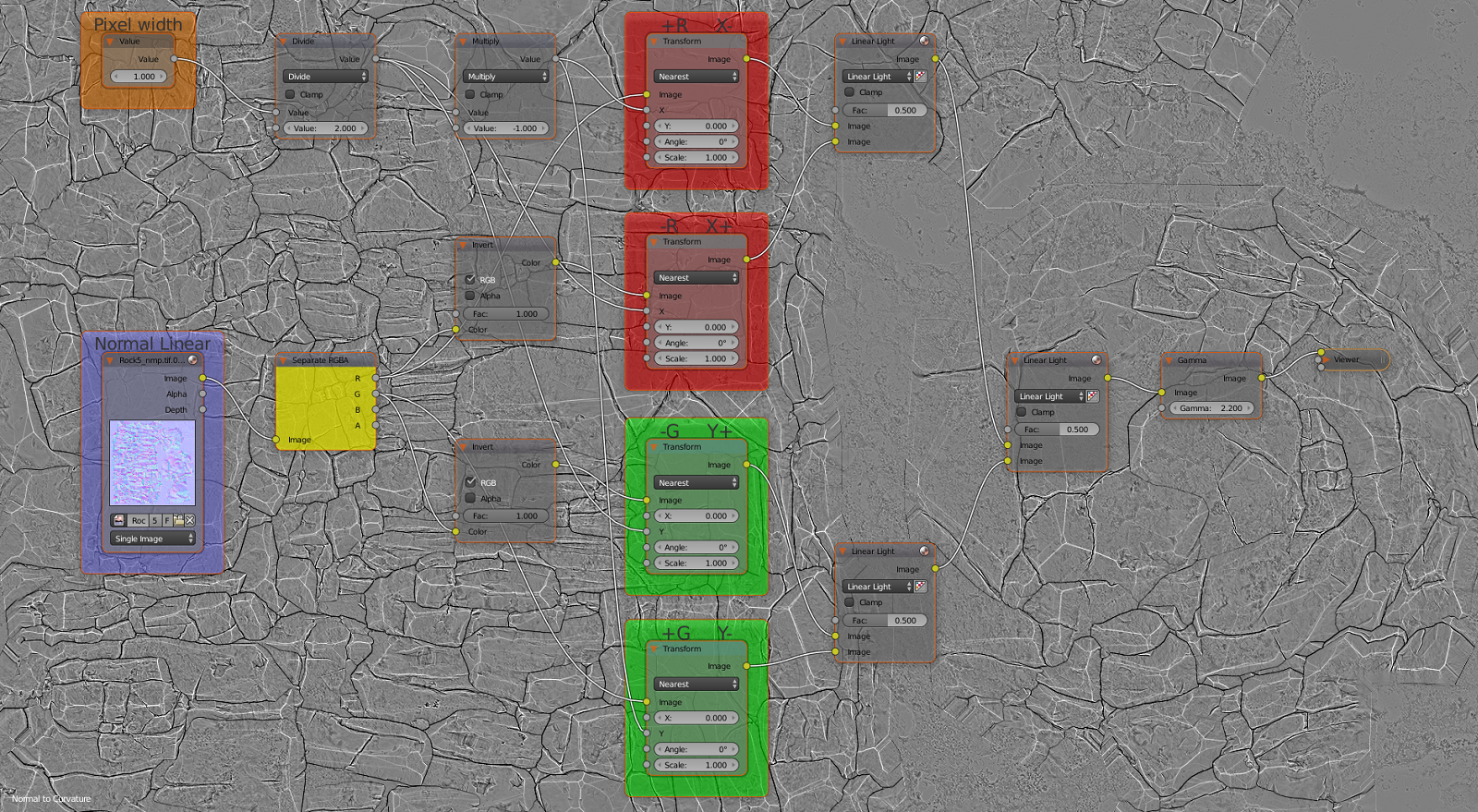 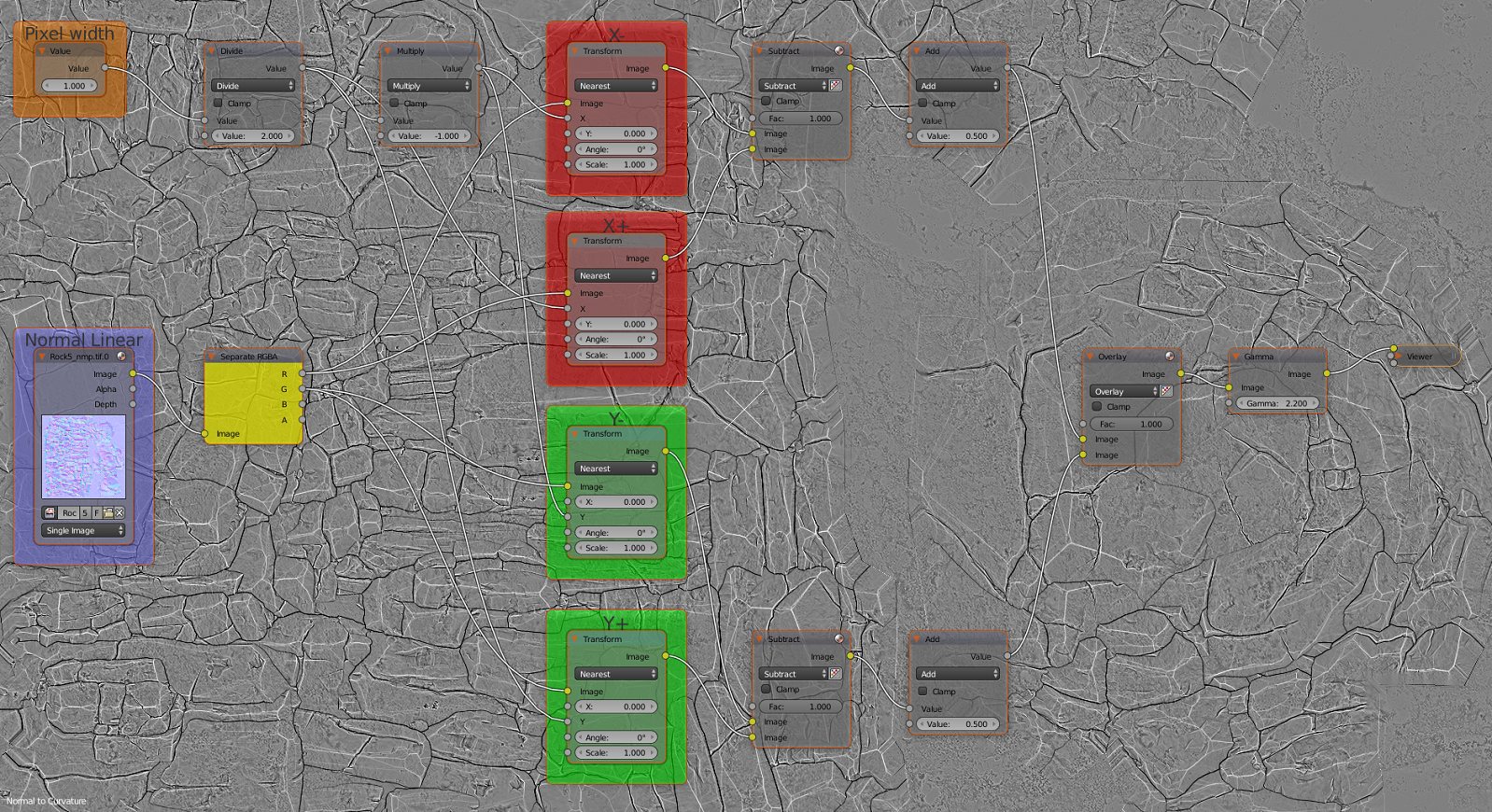 Not the answer you're looking for? Browse other questions tagged texturing compositing-nodes or ask your own question.

17
How to get a smooth curvature map from a normal map?
8
How to create dota 2 assets ? (Steam Workshop)
6
How to generate a fake hand painted texture (Blizzard like), Borderlands effect or Pixel Art effect
7
How to bake a curvature map in Cycles?
3
How to do an Emboss effect in Blender?

9
How can a Normal Map affect the look of a model?
0
normal map inverted in cycles
0
Getting a normal map to work in a multiple uv node setup
17
How to get a smooth curvature map from a normal map?
0
Why won't my sculpted details bake into a normal map in cycles?
0
How can I fix this normal map shading issue?
1
Normal map rendering blocky shading/ shadows
0
2.8 Normal map and Texture issue