I saw some really cool 3d work here, and I want to know how to recreate this.

What I want in the answer:

Here i animated two metaballs on a metaplane only in z position and two keyframes each. 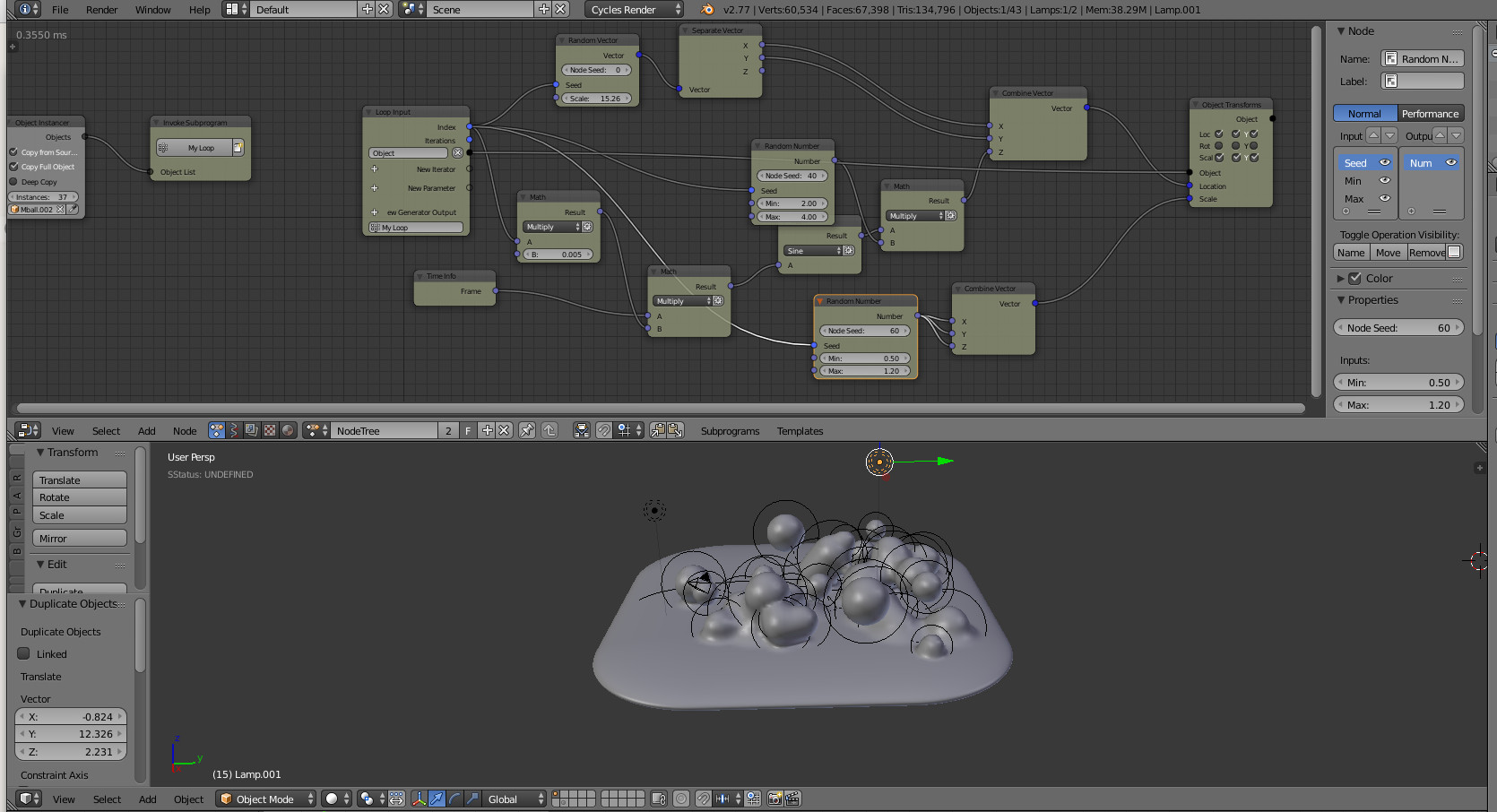 Basically you put a MBall plane as suggested on the previous answer. Then you pick a MBall and duplicate it wit the instancer node. Then you create a loop with those instance to perform some procedural operations.

Balls are scattered on X and Y via the Randomize vector. To animate them on the Z axis we just use a sine function that is feeded with the frame number. To offset the animation I use the index factor of the loop.

A random number is used to give some sort of random scale to the metaballs.

I can at least answer point 2.: In the material node, take a color ramp with the height of the actual vertex as input. Set the color ramp's interpolation to "constant" and connect its output to a diffuse shader. You can now control which color you will get on which height.

2
Why is my face orientation moving while I orbit an object and how do I fix it?
1
How to colorize particles by rules
0
How to give each hair particle system in one object its own color
4
'Paint burning' effect
1
Rubik Impossible cube with lenticular stickers effect?
0
Animation Nodes, Finding Points Inside an Object That is Inside an Object
4
How can I add random color to faces?
4
mix texture based on location of a curve