Problem when rendering fire and smoke in Blender Render

I'm having a problem when I render my fire and smoke in blender render. Here is the problem. In the first picture it shows what smoke looks like in my regular animation, and the second 2 pictures are what it looks like when I render it. There is no smoke or fire in the rendered versions. I am using quick smoke and Blender Render, can somebody tell me why I can't see the fire or smoke in the render? Thanks

Edit: I am using the Blender Render engine for rendering, and all of the settings for the domain and flow are default other then a few things to get a different look for the smoke, and also the smoke cache has been edited in order to choose at what frame the smoke and fire will appear and disappear.

All objects are available for rendering in the outliner.

I have uploaded 2 more pictures, they are the last 2 (the last 2 pictures in the list, not the last 2 forever.. :) ). The second last shows what the smoke looks like in the viewport, and the last is what the render looks like. As you can see there are particles coming out of his mouth (the grey object in his mouth is the sphere used as the flow) but they are very faint and almost invisible. They are there, though. The flow object I have inside the cigarette is very tiny, and I believe that is why I cannot see the flame in the render. So how can I alter the render so that the flames are more prominent? Or perhaps make the flames themselves more prominent, along with the smoke?

I have tried changing density and other settings but they seem to make no difference once I render the image, and the renders turn out basically the exact same as in the pictures I have posted below.

The goal of this was to make an animation of somebody smoking a cigarette, where I have shape keys to allow the cigarette to get smaller, while at the same time I have shape keys moving the domain and flow of the smoke and fire with the cigarette's shrinking (to give the illusion of a cigarette burning and getting smaller). The character shortly after leans back and breathes out, where I have a smoke domain and flow object move into his mouth (again from shape keys, the object is originally under the ground until it moves in 1 frame to his mouth, and then after the smoke has been given off it moves back into the ground). The smoke is propelled by a wind force field, which is how it moves horizontally to give the illusion of smoke being puffed out.

I don't know if this is the proper way of doing it, but it is what I came up with and seems to work other then the rendering. If you know of another way of doing this without changing to much, I would love to hear it.

Update: I have tried rendering an image without both domains in it, and the smoke still looks the same, so I do not believe it is the problem of having 2 domains in one scene. From what I've read, that only becomes a problem if the 2 domains overlap, and in my case they do not.

Here is the .blend file, so we can cut to the chase here: https://drive.google.com/open?id=0B3lBHOw4Hc3tWmVPYlJscFNydjA 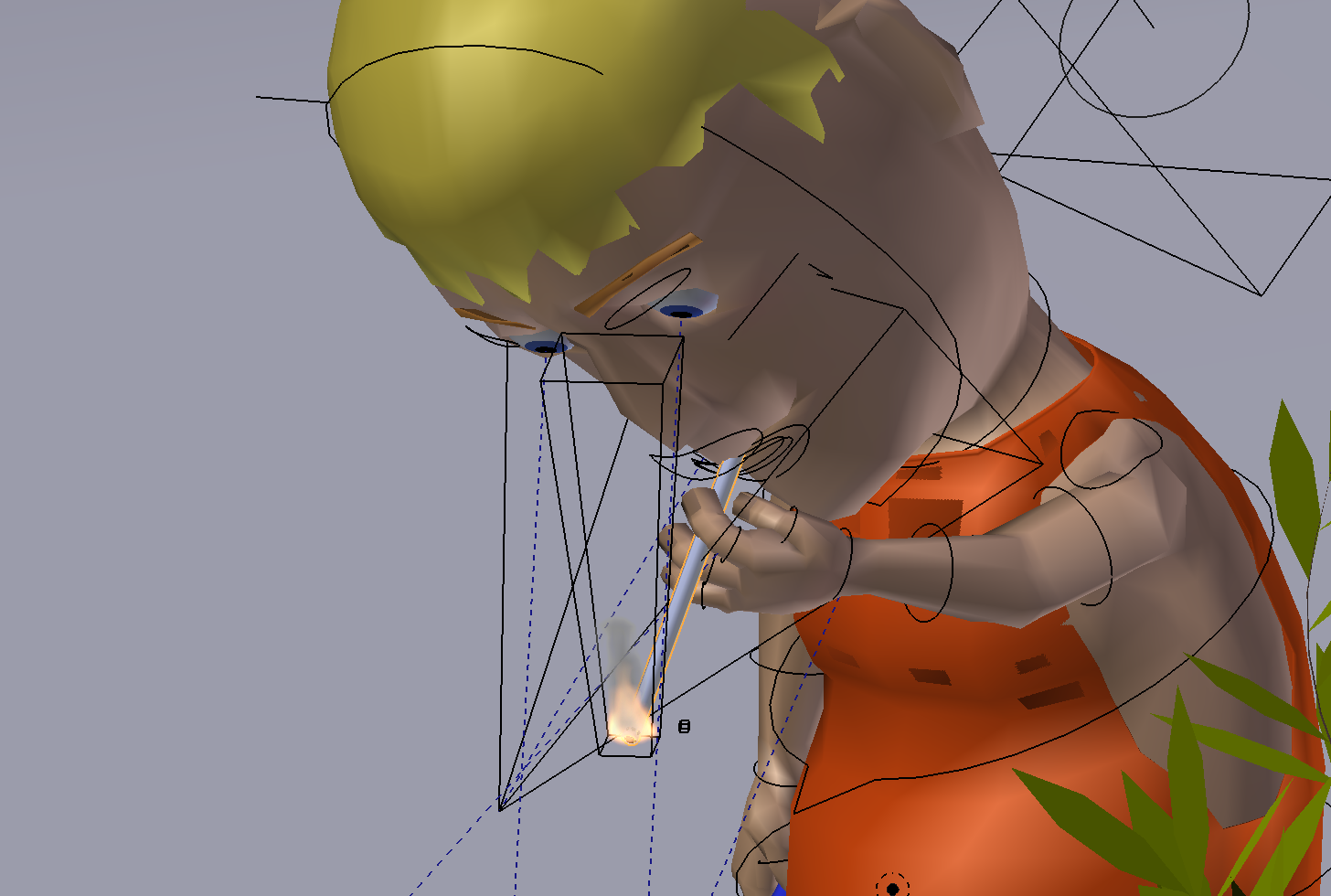 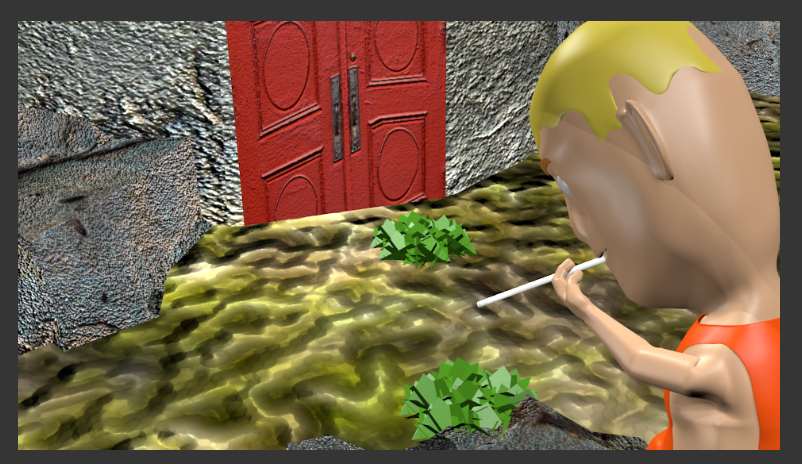 Here is the link to my Flow and Domain settings: 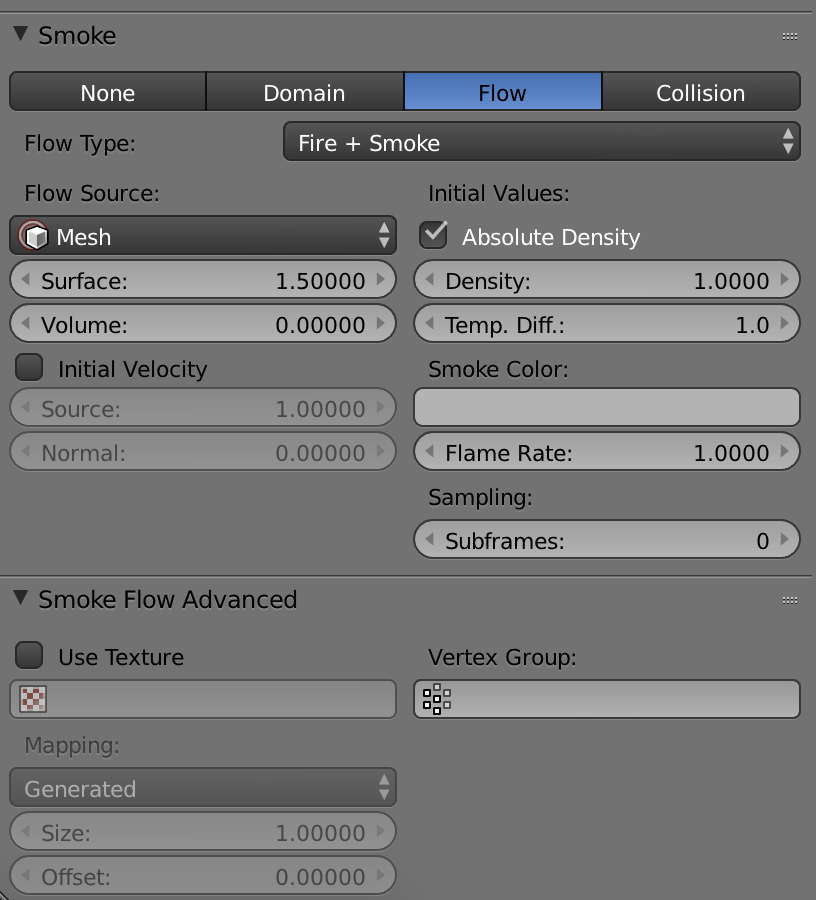 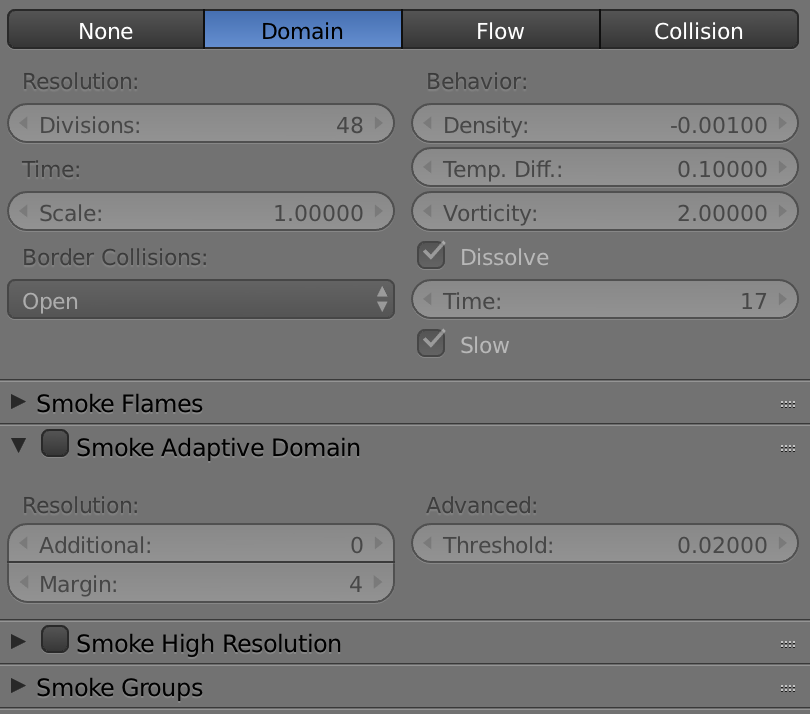 Please don't hesitate to ask for more information. Thanks 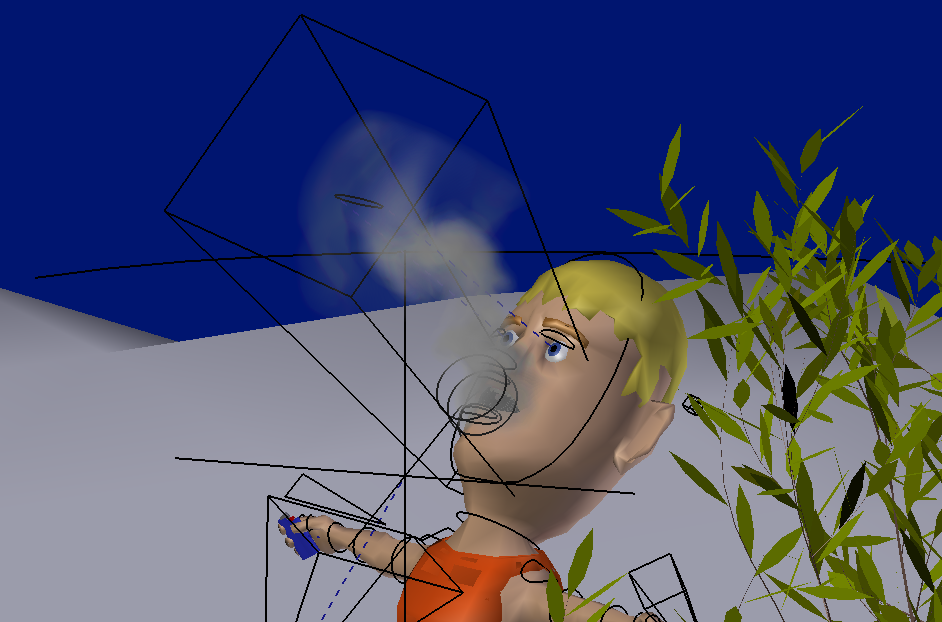 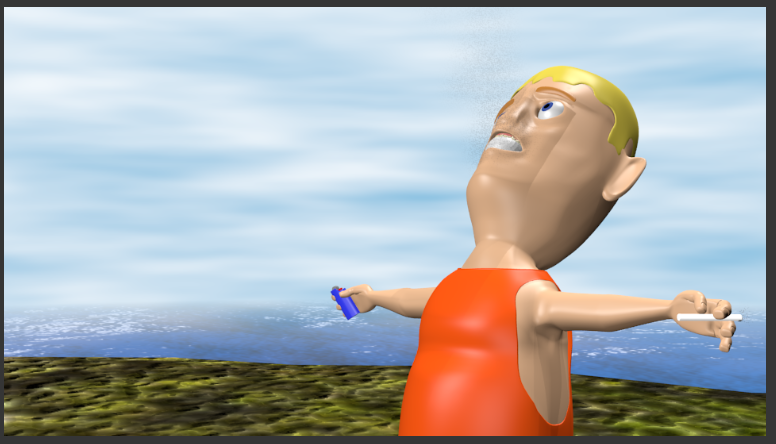 You have more than 1 smoke domain in your scene.

There should only be one, or if you are going to use more they have to be in different layers.

Read this answer for more details: Is it possible to have more than one smoke simulation in the same scene?

Not the answer you're looking for? Browse other questions tagged rendering animation physics smoke-simulation or ask your own question.

13
Is it possible to have more than one smoke simulation in the same scene?