I have a plane with a snow emitter system, and two cubes. The cubes are set as collision objects with lots of stickiness.

One of the two cubes is bare, the other has a hair system. The hairs are rendered from one simple blade of grass, which I also set as a collision object... rightly or wrongly.

The rendered scene has falling snow landing on both cubes more or less as expected... but I would like the snow to stick to hairs/grass blades on the second cube. Instead, it seems to fall onto the cube surface, where it is hidden by the blades.

Can this be done to an unconverted hair system? 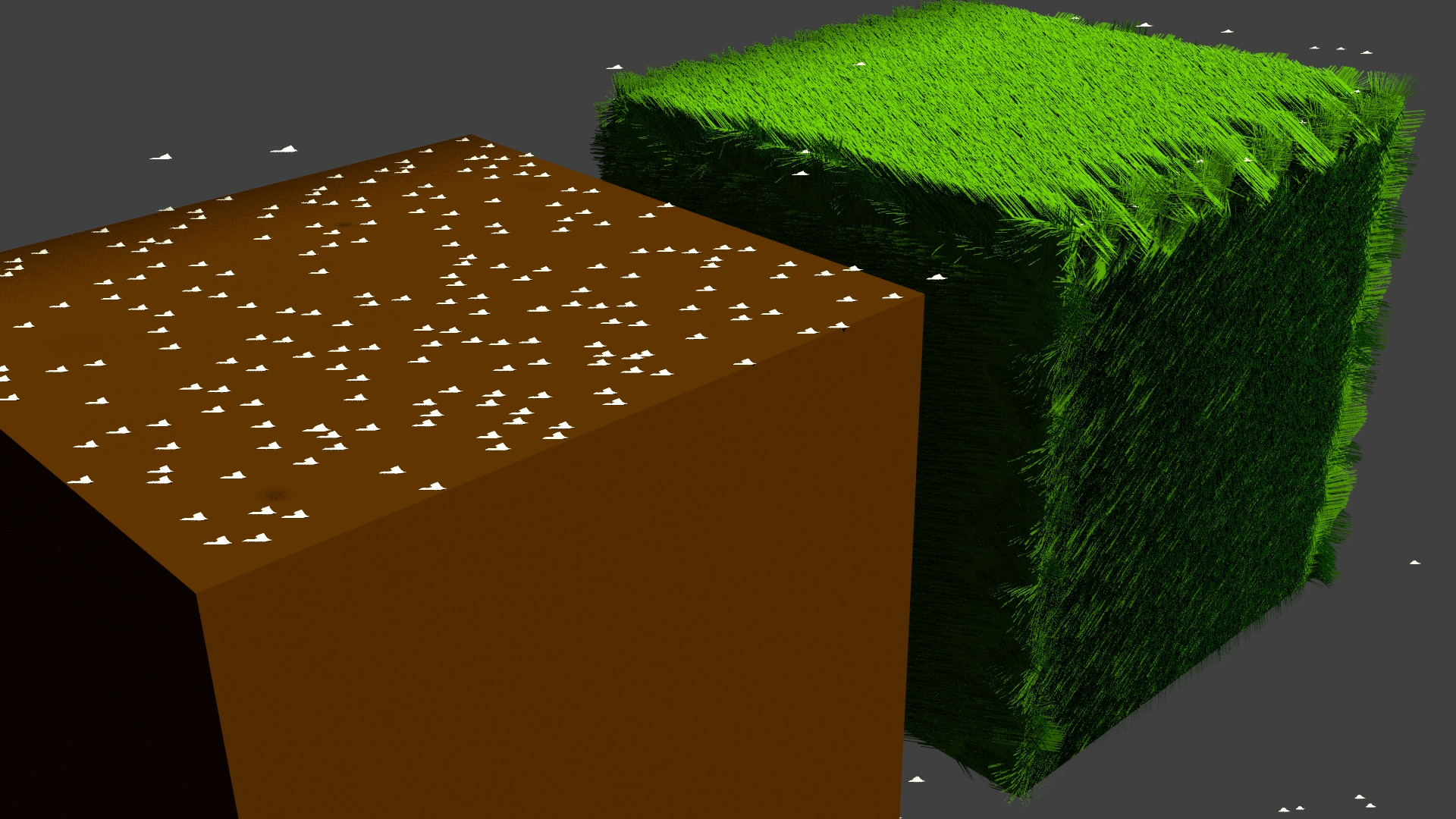 Unfortunately, the short answer is "no, hair systems only interact with colliders, not other particle systems."