I am trying to make an object cut through another object by using the boolean modifier. I tried using the difference and also tried intersect but to no avail.

This is what I am trying to achieve. 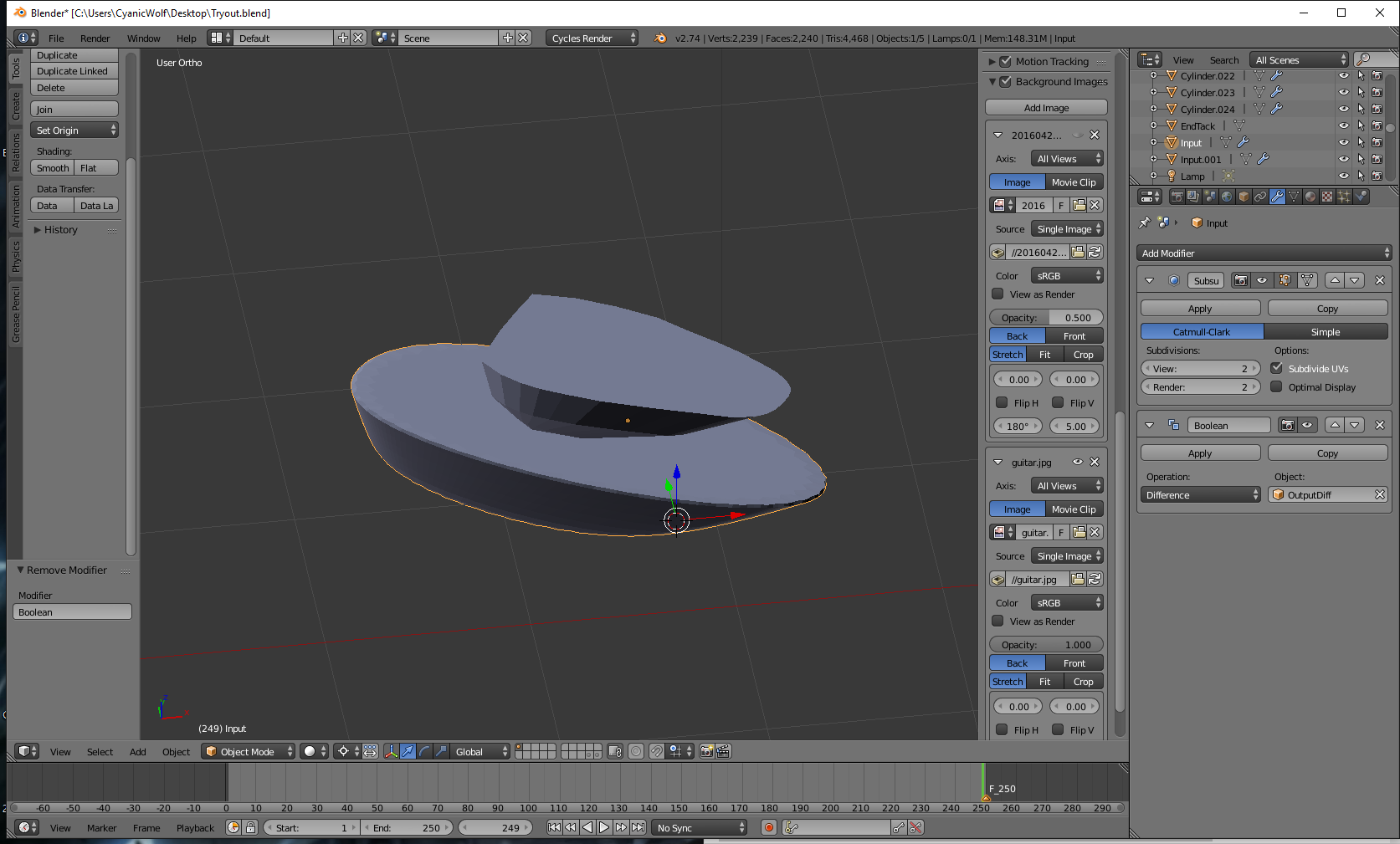 This is what I am trying to design. 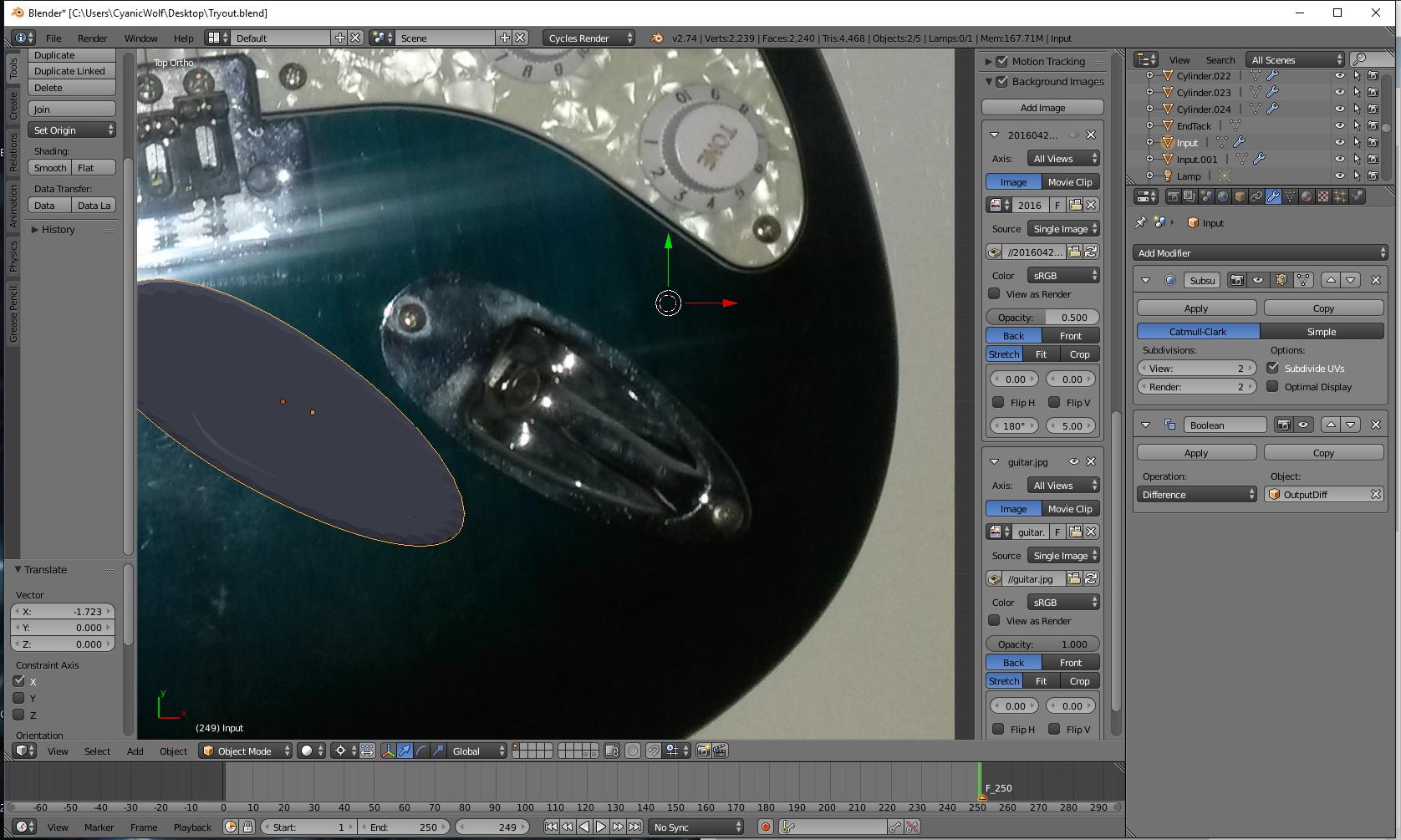 The boolean modifier for some reason sometimes doesn't work out :/ Is there something I'm doing wrong perhaps?

Your meshes are positioned not properly and have geometry unsuitable for Boolean to work - flipped normals, doubles.

In your file objects are placed one inside of another. The modifier will work (under certain conditions) however you won't see any result (because the result of this operation will be only a copy of object, which was expected to be cut off, located inside of the main one). 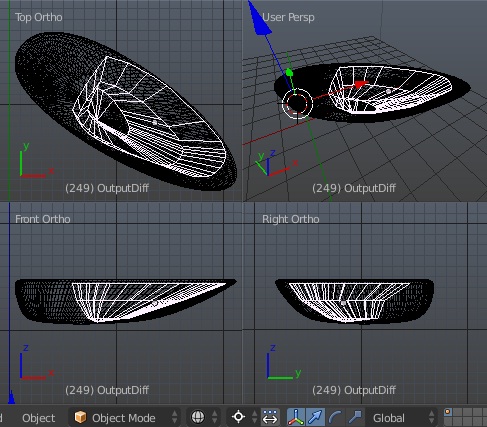 Solution Place object to be cut off appropriately; generally you want it to create an indentation somewhere in the main object, so move it out of main object as much as indentation should be. If you want to cut through the other object (so to "break it into 2 pieces) then scale up the one which is used for cutting appropriately.

Normals of the objects are pointing in the wrong way.

Solution In Edit mode select all and press Ctrl+N; if nothing changed choose Inside in the Last Operator panel or press Ctrl+Shift+N.
From manual:

The face normals are taken into account for the calculations.

See also Why are some faces in my mesh darker? for more info.

There are double vertices in the mesh which prevented normals from being recalcualated successfully.

While Boolean, oddly enough, will work without this being done, it's best to get rid of them because of possible problems furthermore. 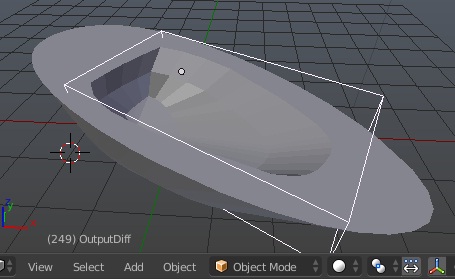 Scale and rotation aren't applied to both objects. While Boolean will work with that, it's best to apply them to have expected result of work of modifiers. See Why is it important to apply transformation to an objects data?.

Listed above is enough to make Boolean start working. Generally you would keep track of topology of objects though, because Ngons can be treated differently in different circumstances (still there are cases when they can be good).

The target topology determines the new topology of the modified mesh.

In your model top faces are Ngons; it's better to not leave this:

It can be easily done with insetting face with I and converting Ngon into grid of quads by filling it with Ctrl+F > GridFill.
Same applies to both sides of both meshes.

Without your file, it is hard to tell what your issue is. However, in addition to checking your normals, as suggested in the comments, apply the subsurf modifier. Also, make sure you don't have any large n-gon faces where you are trying to cut the hole. The boolean modifier hates faces with more than 4 vertices.

Your problem could also be the result of the loop cut that you most likely added to flatten out the top of the object from the subsurf; the loop cut in the object you are trying to cut into.

The loop cut was the problem, and there should be a way to locate the loop cut. Position your mouse cursor where the 3D Cursor is in this image: 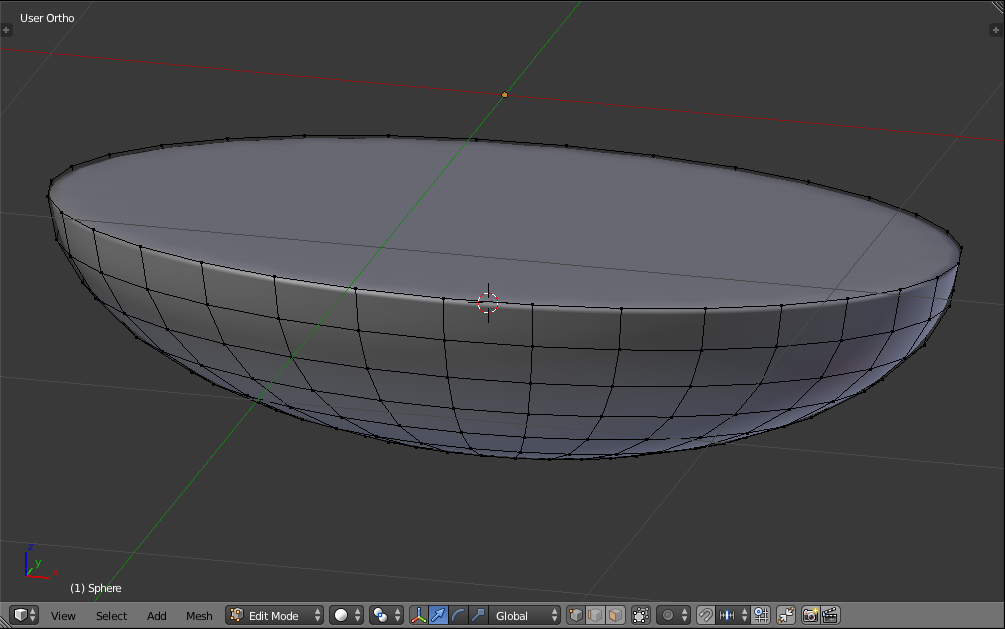 Key Alt + RightMouseButton to select an edge loop. If there is a gradient from orange to black below your selected loop, like this: 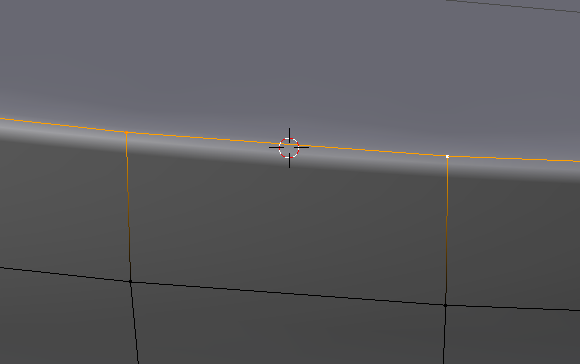 you have selected the right loop. Key X and click Dissolve Edges. If the subsurf changes, but nothing else, you have succeeded. Repeat for every edge loop that you added.

It occurs to me that you could also key A once or twice to select the entire mesh in edit mode, then key W and select Remove Doubles. That would probably have the same effect.

Remove Smooth Shading and Edge Split modifier if none of the solutions work.

54
Why is it important to apply transformation to an objects data?
45
Why are some faces in my mesh darker?
17
The Boolean modifier is not working

0
Boolean difference modifier merges two object
0
Boolean + Subdivision Modifier: How to cut a perfect round hole?
0
Make another object invisible from Boolean for OBJ ewport
0
Why does boolean cut out some shapes and not others
0
Boolean Modifier making original object disappear
1
Boolean modifier shows object as hollow at the cut out
2
Issue with boolean modifier with self intersecting array