I have an initial mesh with 4 vertices with indices 0,1,2,3 as shown in the first image with index 0 at the bottom left corner. 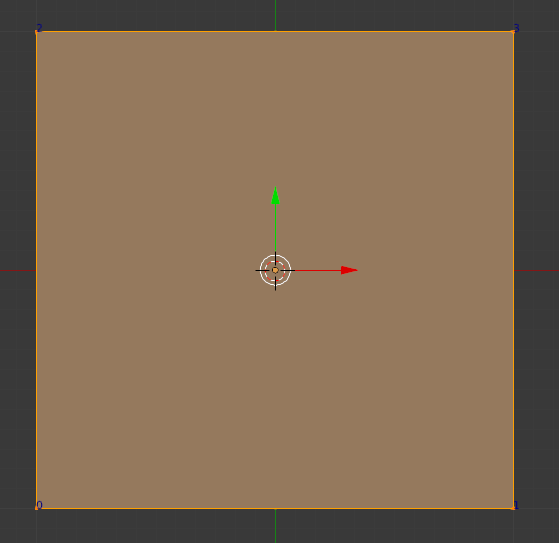 Now when I use a subsurf modifier and apply the modifier, the indices are changing as shown in the second image: 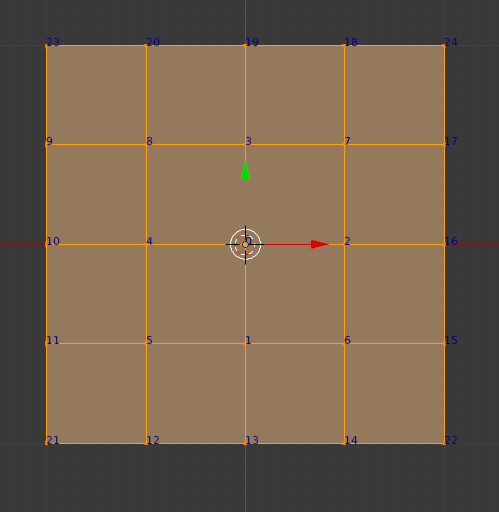 Now, is there a way in which I can keep the initial indices assigned to the same vertices so that I can access them later on from a script?

PS: I'm using subsurf modifier and not subdivide tool from edit mode because I have objects with more than 4 sides (before subdivision) and hence not able to use subdivide. I'm trying to create a uniform mesh for the object automatically and felt that using subsurf and triangulate and then applying them is giving me a decent mesh. (I know that I can select 4 vertices at a time make 4 sided faces initially and then use subdivide, but I am just thinking of alternate ways of doing this)

Vertex indices are not meant to be used to reference the actual vertex. They are an internal position in a list, not some property of the verte itself. For instance if you apply the bevel modifier, how would you expect the indices to go? All of them have moved.

If you want to access the location of the original vertices, you could store a copy of the mesh. (not necessarily assigned to an object either) If you want to find the new vertices that map to the old ones, the only way I can think of is to iterate through the new objects vertices, find the closest old-mesh vertices, and threshold so only if they are very close does it count them as the same.

Not the answer you're looking for? Browse other questions tagged python mesh scripting modifiers vertices or ask your own question.