I cannot import an .svg file into Blender. I have tried other files and they work. I have checked the User Preferences and the "import SVG" option is enabled.

How can I tell if this one .svg file is formatted correctly for Blender?

Any help is much appreciated. 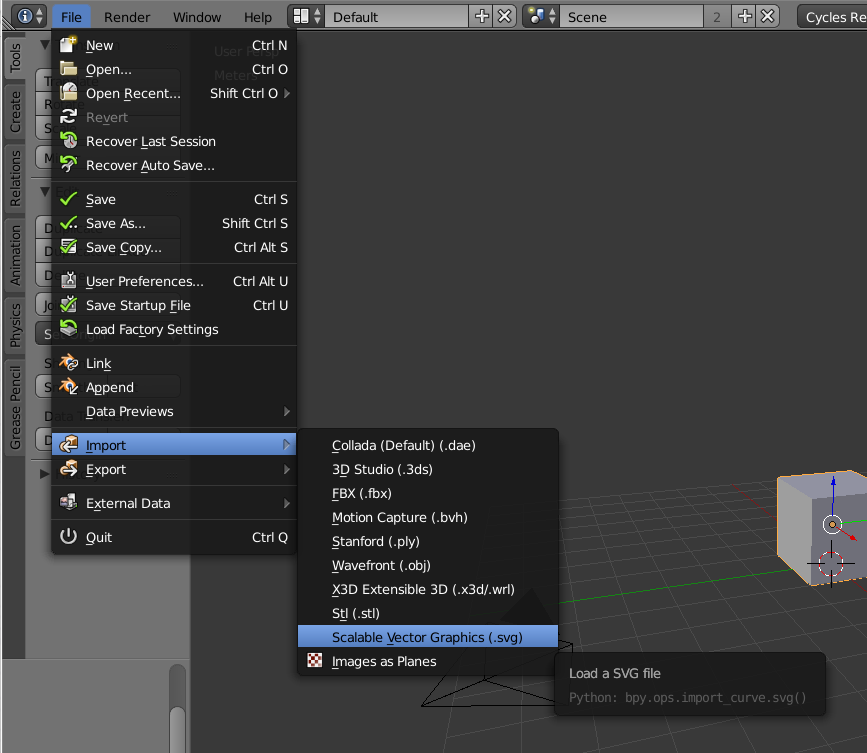 Make sure that the SVG file you are importing contains vectors (paths) Blender cannot import raster data or text directly form SVG files. In other words, the information on the SVG has to be traced. For a detailed explanation read this link

If the plugin is not enabled for any reason go to the User Preferences Window (press CtrlAltU and enable it there.

It is also possible that your file is importing successfully but is so small that is hard to see on the viewport. Check if the outliner shows one or more curve objects. 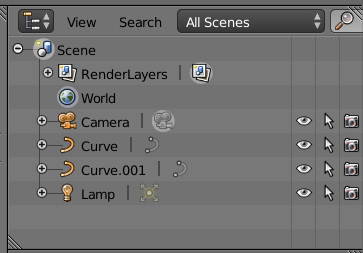 If so, select one of the curves and press Numpad . to move the view to selected. Then you should be able to see the object.

I'll bet that you have a rasterized image that's been embedded in an SVG file.

When Blender imports an SVG, it takes the spline curves that define the vector graphic in the file, and convert them to splines (or a mesh) to define it in 3D. Unfortunately, you can have a rasterized (pixel-based, instead of vector-based) image embedded in an SVG project. That image will not be imported by Blender because it doesn't have any splines or vectors.

If that's actually the case, then this IS a duplicate of Why can't I import a SVG file from Adobe Illustrator or Inkscape?

I hope that helps! 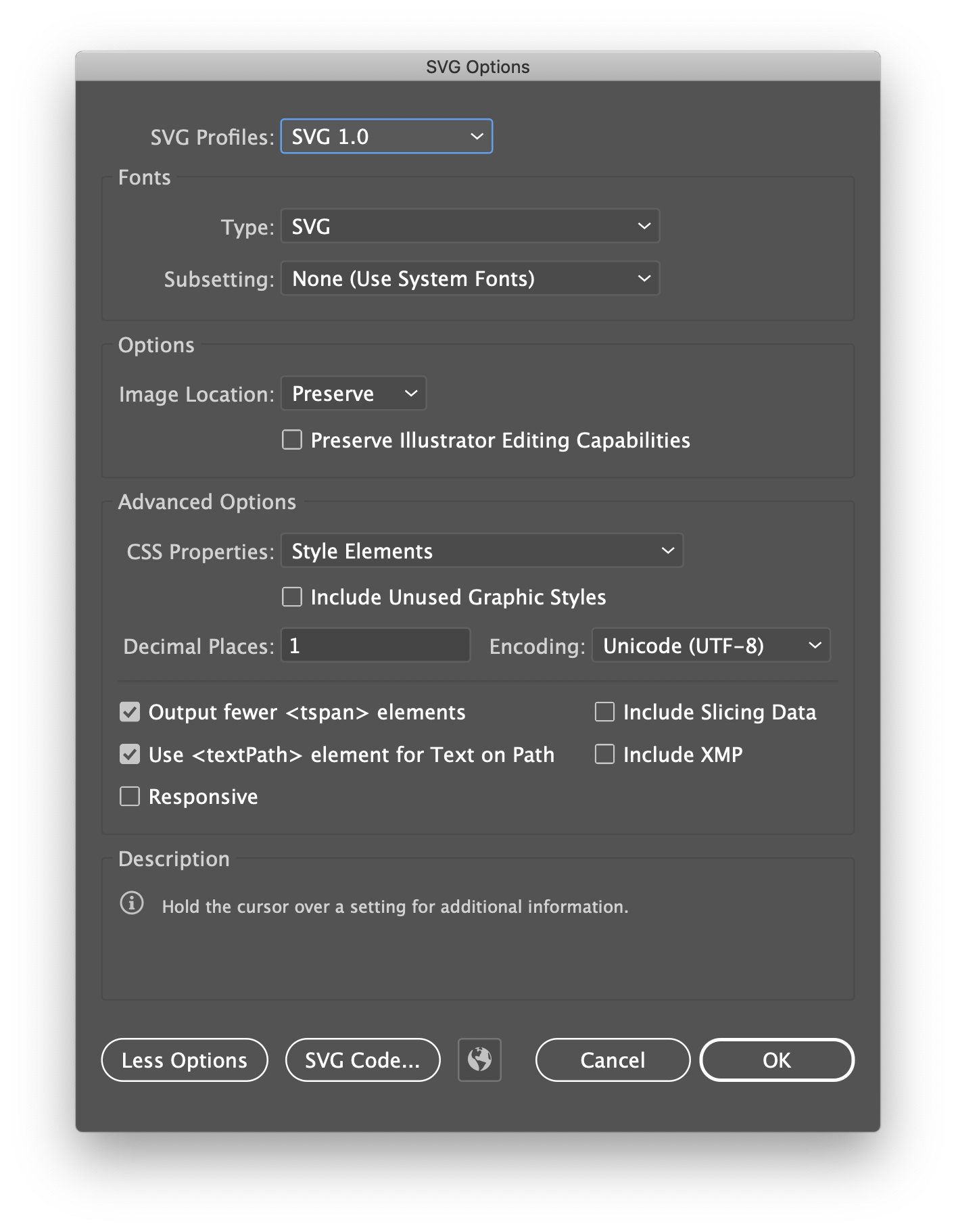 It is just placed new imported objects in so unexpected places, so I usually spend few minutes, to figure out, where new object appear.

And for semi-3D objects things are more complicated.

I mean, objects like imported 2D images and DXF, because they usually imported as tiny 2D rectangle, aligned edge to view, so literally looks as line segment with zero width (when selected shown as yellow or orange line segment, and in ortho view nothing shown when not selected).

Unfortunately, I cannot figure out, how to find this object, I usually zoom-out so see all objects, and select it from outliner, and than rotating view and looking for yellow line segment.

And second, when import I place center of viewport close to zero coordinates, and new object is appeared not far from 3D cursor (depends on size of svg image outline, but usually within classic first Blender cube, 1 blender units size). It is easier to find knowing this.

As I import svg to emboss it, than I choose from menu: object->convert to mesh from curve...

And than switch to edit mode and extrude along normal, and now it become new blender citizen with all 3D rights :)

Sure, better to import such semi-3D object into empty blender project, than make all need transforms with it; make it complete 3D object; save as .blend file and than import from these .blend file as from library.

Not the answer you're looking for? Browse other questions tagged import file-format or ask your own question.

31
Why can't I import a SVG file from Adobe Illustrator or Inkscape?
5
Why are my SVG imports so small?
4
Imported .svg files does not show up
0
SVG file consisting of curves does not import into Blender

2
How do I import a Second -Life Avitar (XML file) into Blender?
31
Why can't I import a SVG file from Adobe Illustrator or Inkscape?
0
.OBJ Import Error
2
Read the filename from imported SVG via python
3
Complex SVG file fails to import correctly into Blender