I am familliar with Blenders Cycle's Voronoi Texture and have fiddled with it for a while. I am trying to get a result that is not like Intensity or Cells, but more like cracks. I tried the node setup from Image 1, but it came to Image 2 (not good!). I would prefer something like in image 3. So basically what I am asking is:

Is it possible to create the result from Image 3 purely with nodes in Blender. 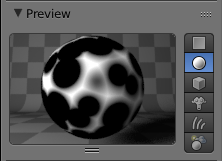 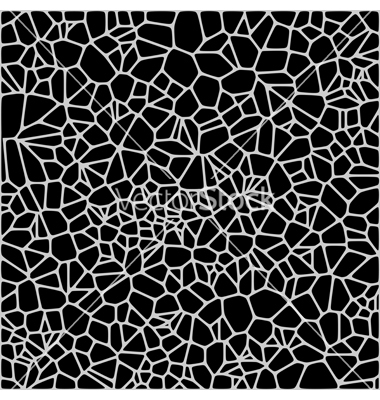 Let's use a Laplacian kernel filter for this:

The Laplacian is a 2-D isotropic measure of the 2nd spatial derivative of an image. The Laplacian of an image highlights regions of rapid intensity change and is therefore often used for edge detection. 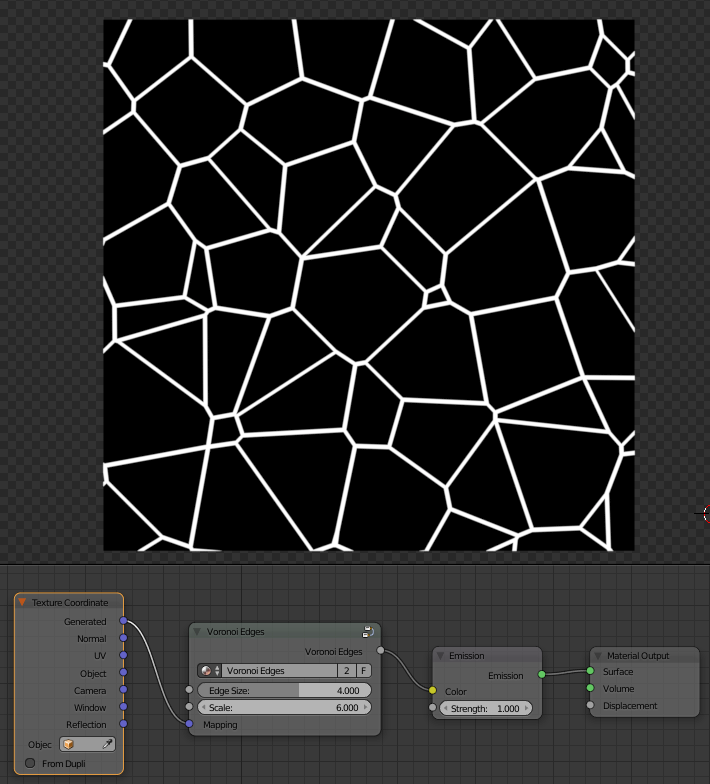 What is inside the group:

Here is a .blend so you don't have to build that:

This could be further improved to work on all 3 axes (so you can have volumetric edges) or with enhancing this to canny edge detection.

Funny what Google can turn up. After a bit more searching, I was able to find an answer on Blender Artists.

This node setup will work, and you adjust the size of the cracks by increasing the rotation values in the bottom mapping node. The text that the guy posted on BA was this, if it helps anyone:

You can try something like this ... Use two identical Voronoi textures with cells Then rotate one with repect to the other, where the variation in angle determines the size of the cracks Mix these to find the difference Saturate the result to a simple black/white or factor value Use this as a mix factor or whatever It does not give a nice blurred edge, but you could add something for blurriness too Not perfect but reasonable Hope this helps Martin This is with a 0.1 deg rotation of XYZ`

These are basically the sum of the absolutes values of the partial derivatives of the voronoi function (more accurately the finite difference approximation of them). 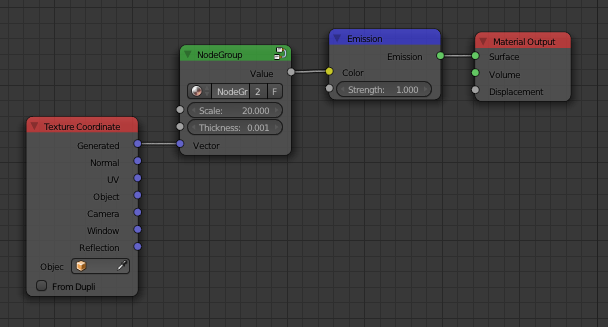 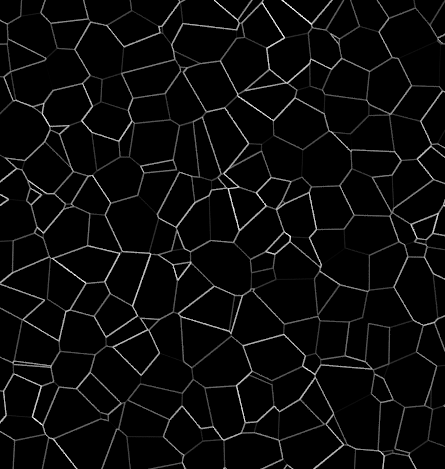 There is some similarity to the rotational version, but that would produce non-uniform crack thickness (zero at the origin of the texture coordinates and infinitely increasing by the distance of the origin).

The laplacian kernel method also shares some similarity, but (du to more calculation of the voronoi funcion) has higher quality (at the cost of performance).

This is simpler and faster, and quality is acceptable if not zoomed in too much. If you want to get uniform crack strength, add a grater than node before the output of the node group. 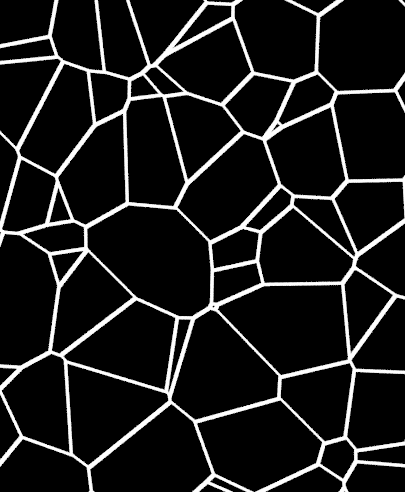 Based on the cracks with worn edges material by CGMasters, using the portion of the material that makes the cracks leads to the following node group.

The idea is to move multiple voronoi textures by a certain amount and mix them together. By using SeparateXYZ/CombineXYZ nodes we can add and subtract the same amount on each axis with only one input. 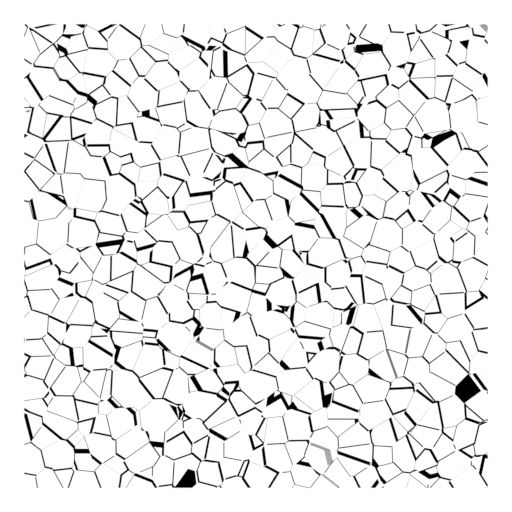 At Blender 2.8 the Voronoi includes additional features - including a 'Crackle' mode which effectively provides the 'distance' from the edges of cells rather than from the center. This can produce the following result : 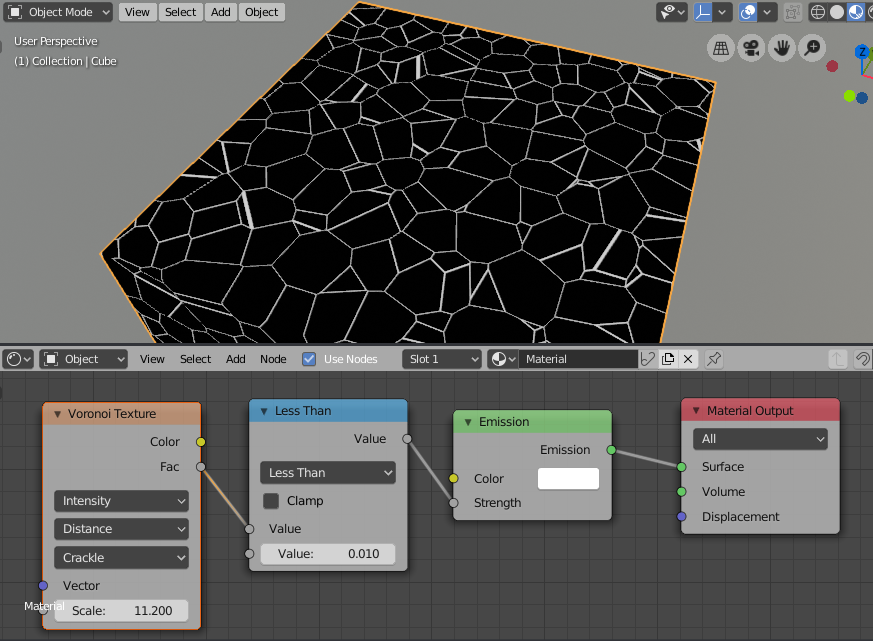 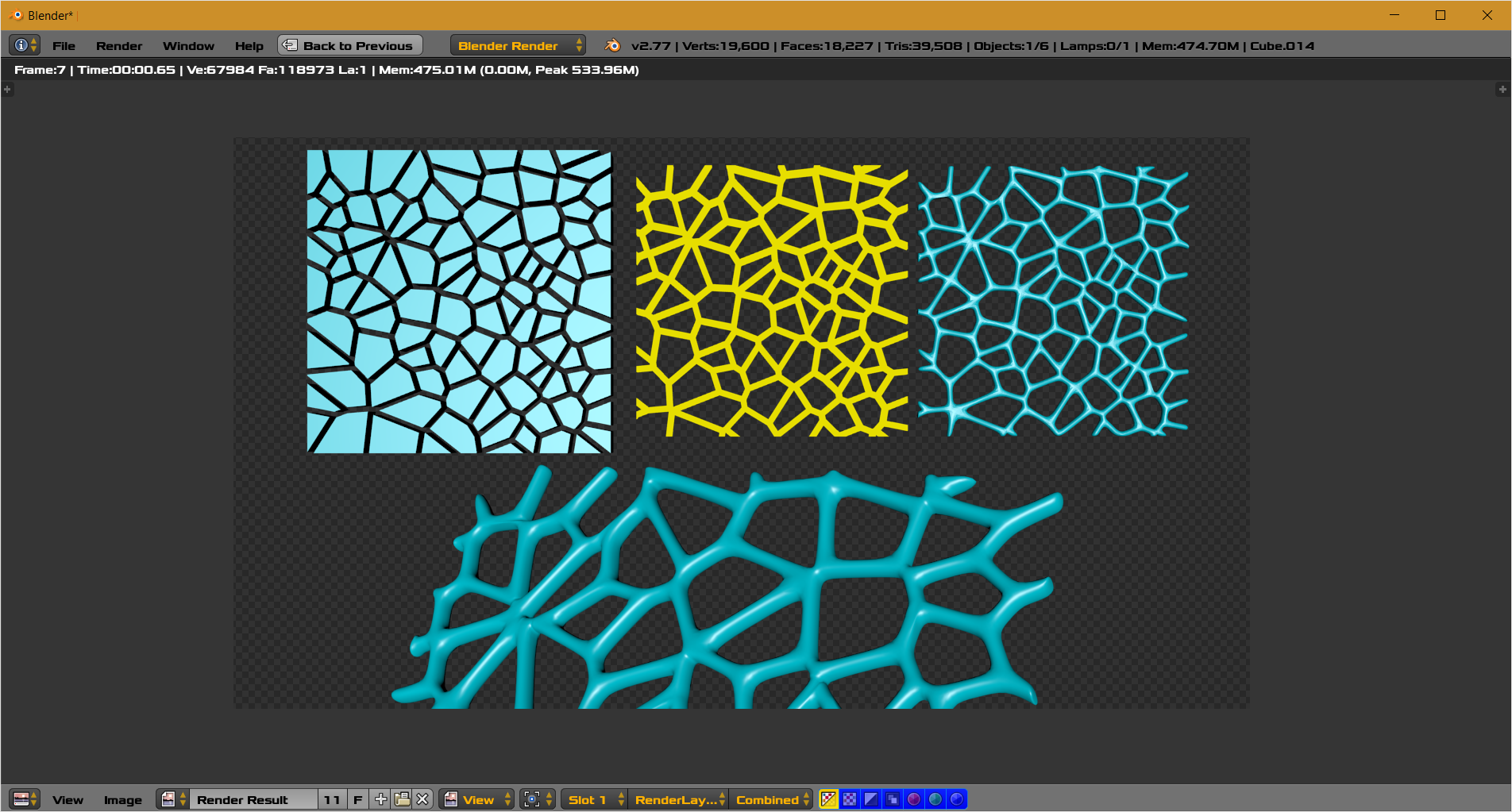 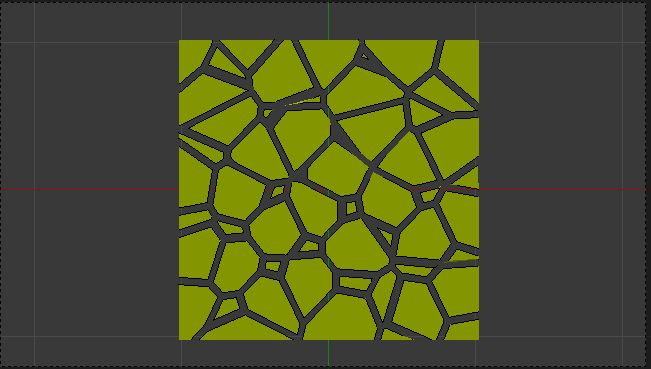 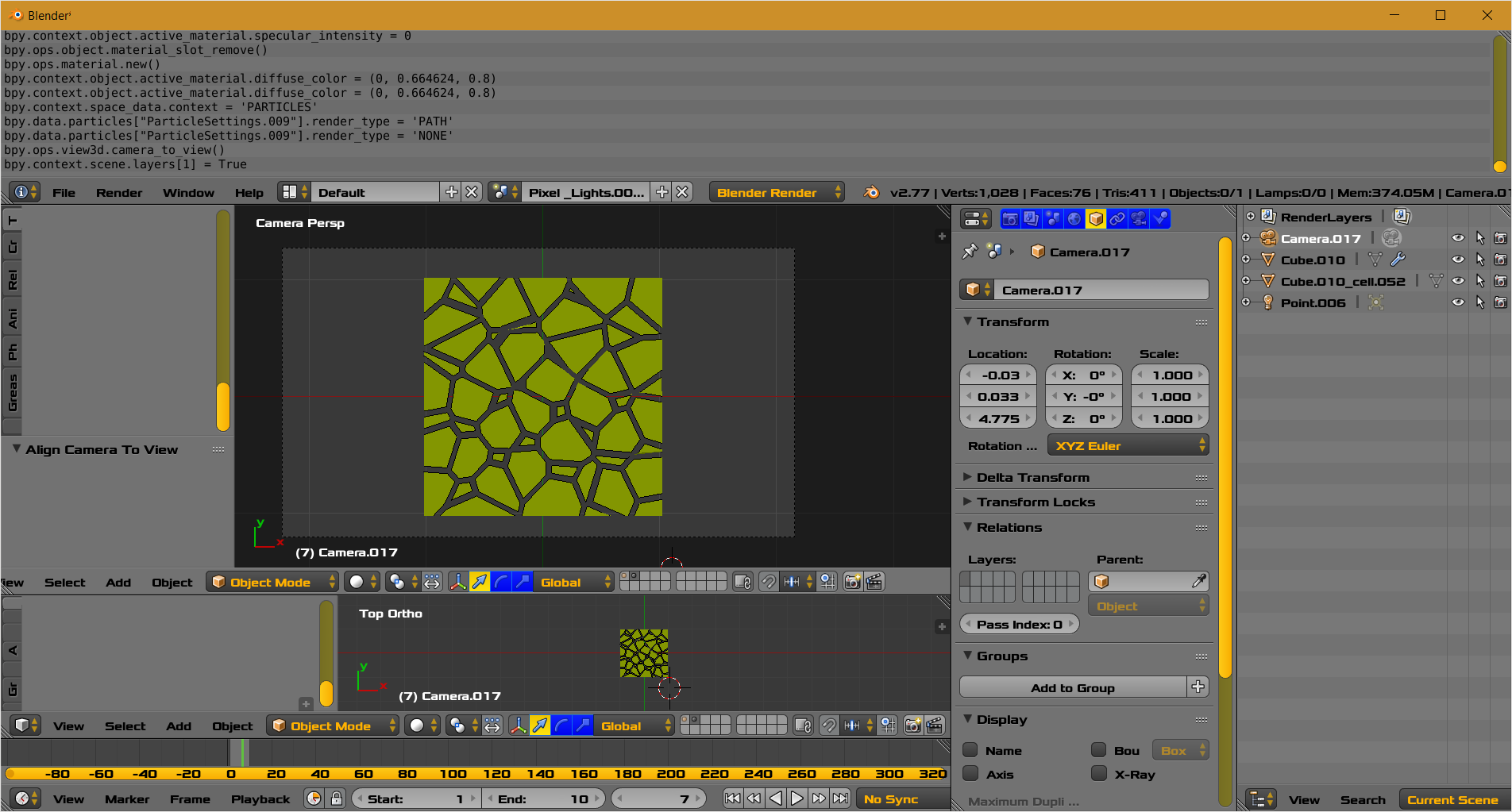 Result of Cell Fracture after steps below. Click image to see larger version. 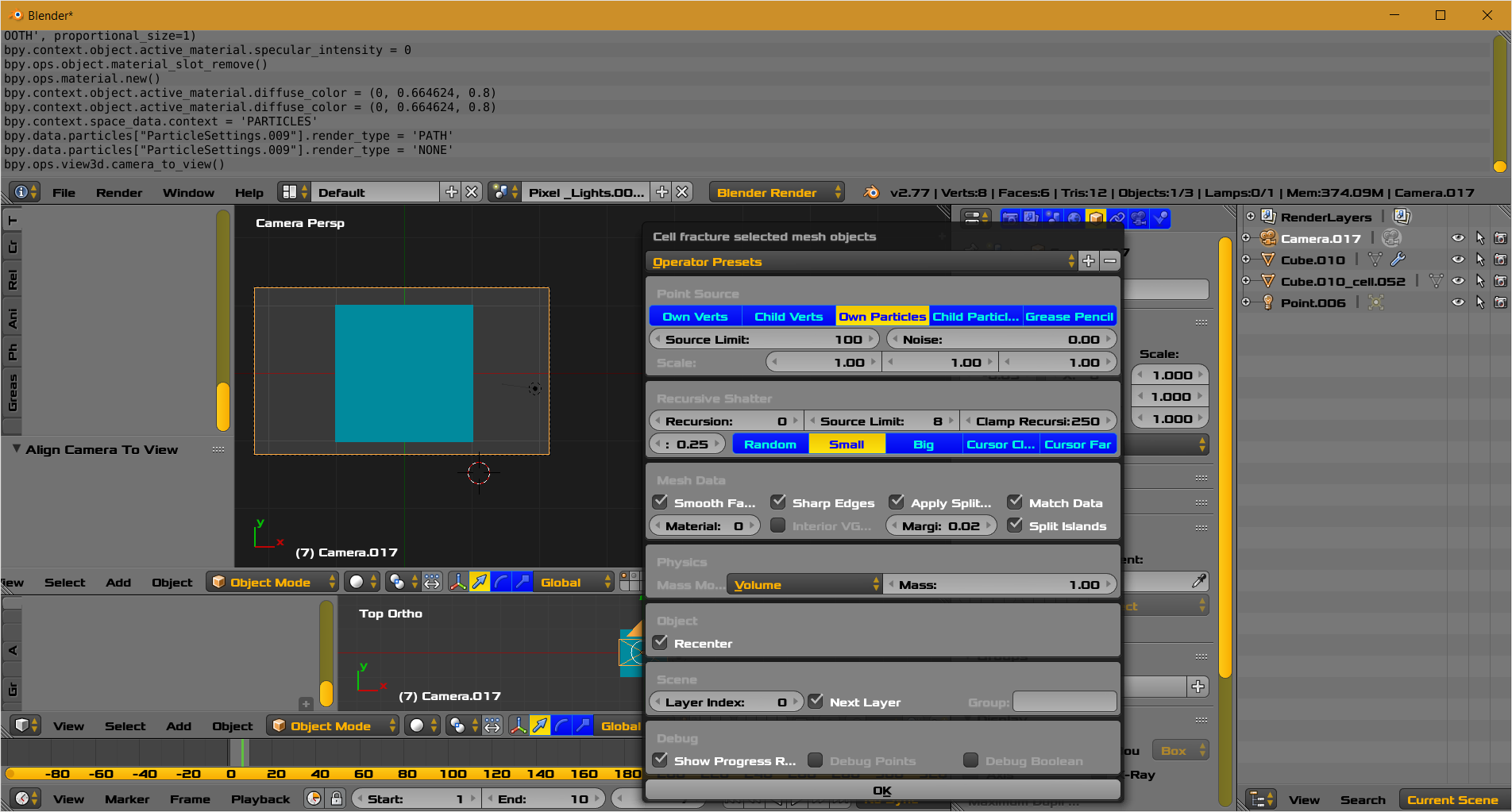 Simple Cube in Layer 01 with the Cell Fracture Add On showing settings. Above image. 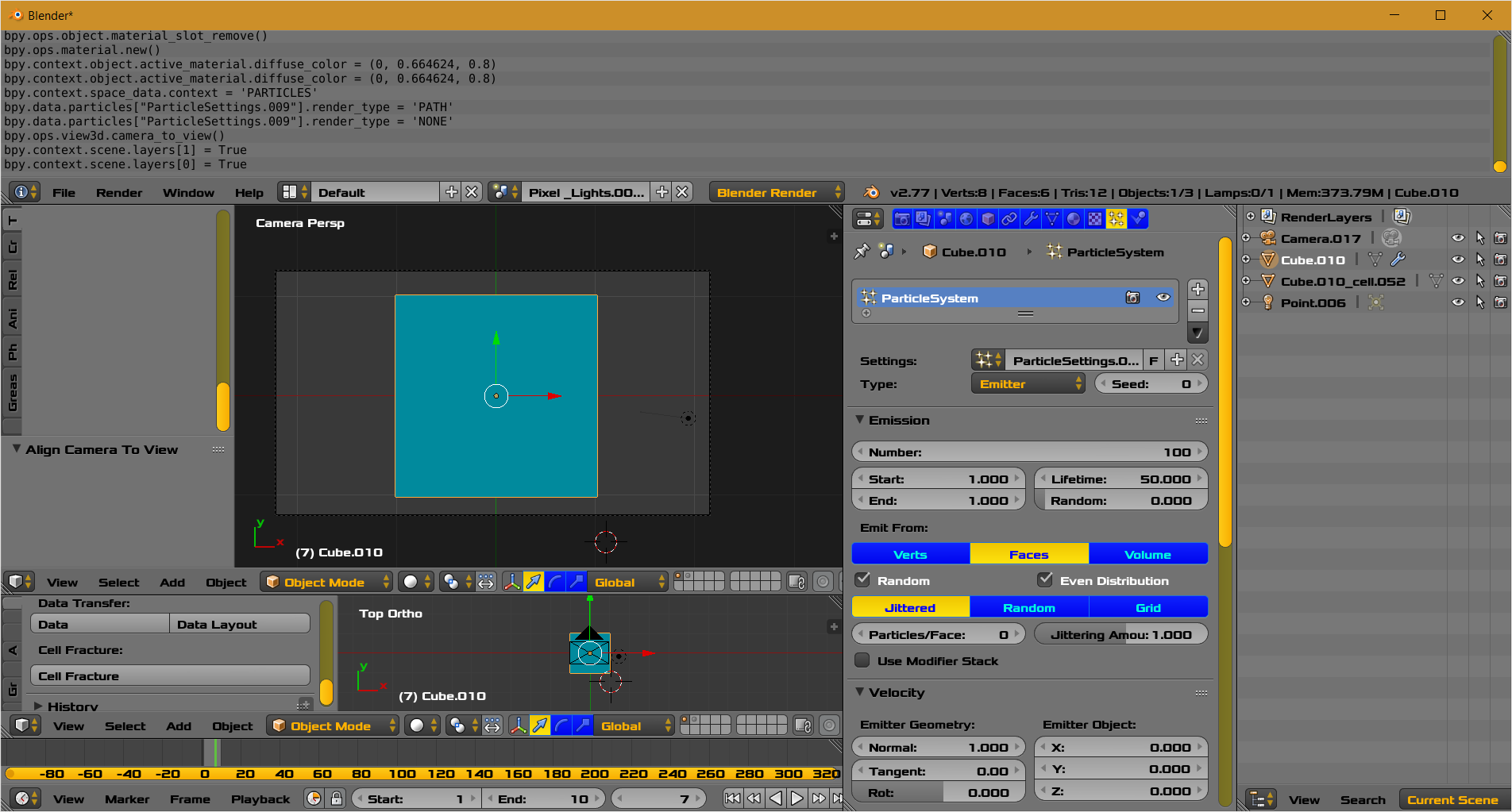 3
Why does voronoi texture switch use intensity coloring when ramped?
3
How would I get brighter color with the voronoi node?
5
can we send vertex info to voronoi texture node to create texture
1
Glass texture has Voronoi like texture on it when using glass BSDF
5
Irregular shapes texture
5
Keep Voronoi texture look during Cell Fracture
7
Hexagonal Voronoi texture