Rendering a stereoscopic image in Blender 2.77

In am interested in setting up cameras and rendering settings to create a stereoscopic image or animated scene.

I have found easily how to export one image where the red and blue channels are slightly off (which is good for stereoscopy that involves red/green glasses).

But what I am trying to achieve is stereoscopy that can be looked at without glasses, for a short period of time, by crossing one's eyes. Such as this image, in which the left and the right views are combined in one image (courtesy of Wikipedia):

I have found stereoscopy settings in the right-hand side menu of the viewport, as well as settings in the Scene properties panel, but my various attempts didn't result in two images side-by-side being produced, but always them overlapping.

The closest I have gotten to what I'm trying to obtain are these settings in the Camera panel: 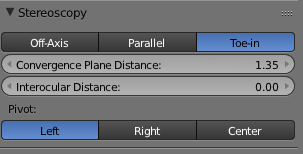 I quickly run into the limits of the two fields and the resulting images are not rendered with their own colors. The angles of the cameras are also hard to figure out.

Ideally, the two left and right views would have all their colors, and be exported as one image side-by-side. This way, only one image would be exported for each frame in case I create an animation with this technique.

rendering stereoscopy
Share
Improve this question
asked May 9 '16 at 5:01

OK, after some fumbling around I found a workable, if a bit hacky, solution for this.

The main issue here is that Blender's compositor, according to this question, was designed assuming all frames and image are the same sizes, and thus wasn't really made for handling different sized renders or composing images of random dimensions.

Anyway it's a bit of a involved process that will rely on a three scene system Scene A, Scene B and scene Size 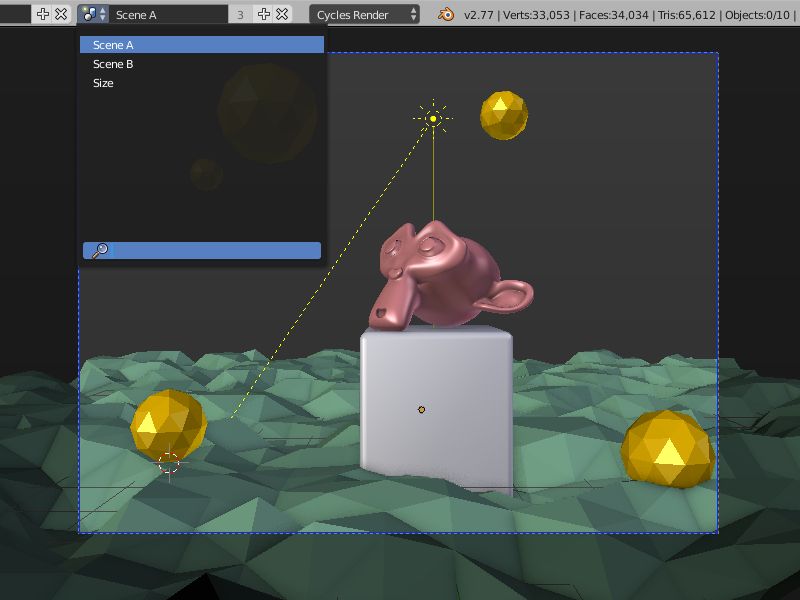 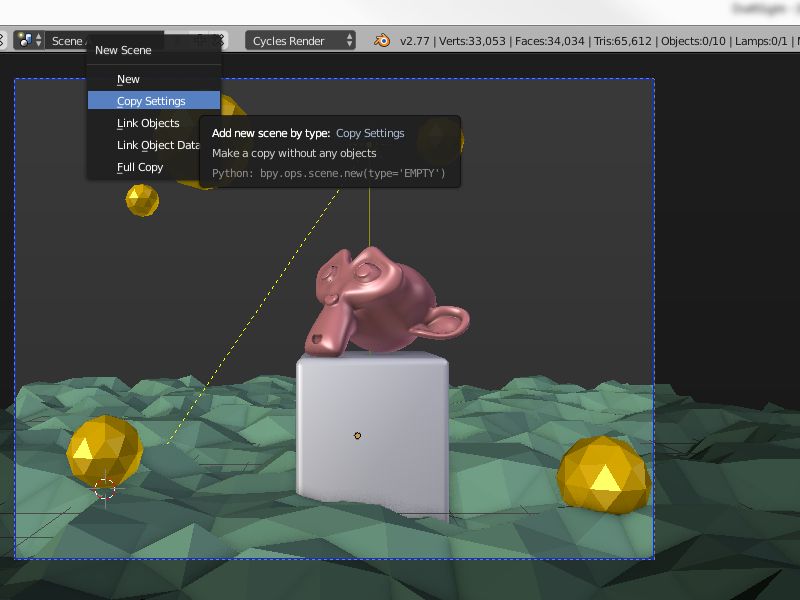 Your scene should now be setup, now you need to setup the rendering system to automate image assembly.

Add a third empty scene called Size using the New option from the menu. This scene will only exist as a hack to setup an image size. Disable everything in the render layers so it will render instantly. The only important thing to do here is to make sure you setup render size double the width of the previous Scene A and Scene B. 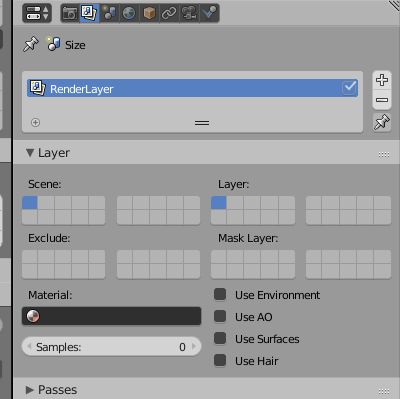 Add a camera to the scene Size (anywhere is fine, it won't be used much anyway) and set it as active.

Now you must specifically set up compositing in scene Size and configure your compositing nodes as shown bellow so Blender will automatically fetch the renders from the other scenes and compose them into one large stereoscopic image. 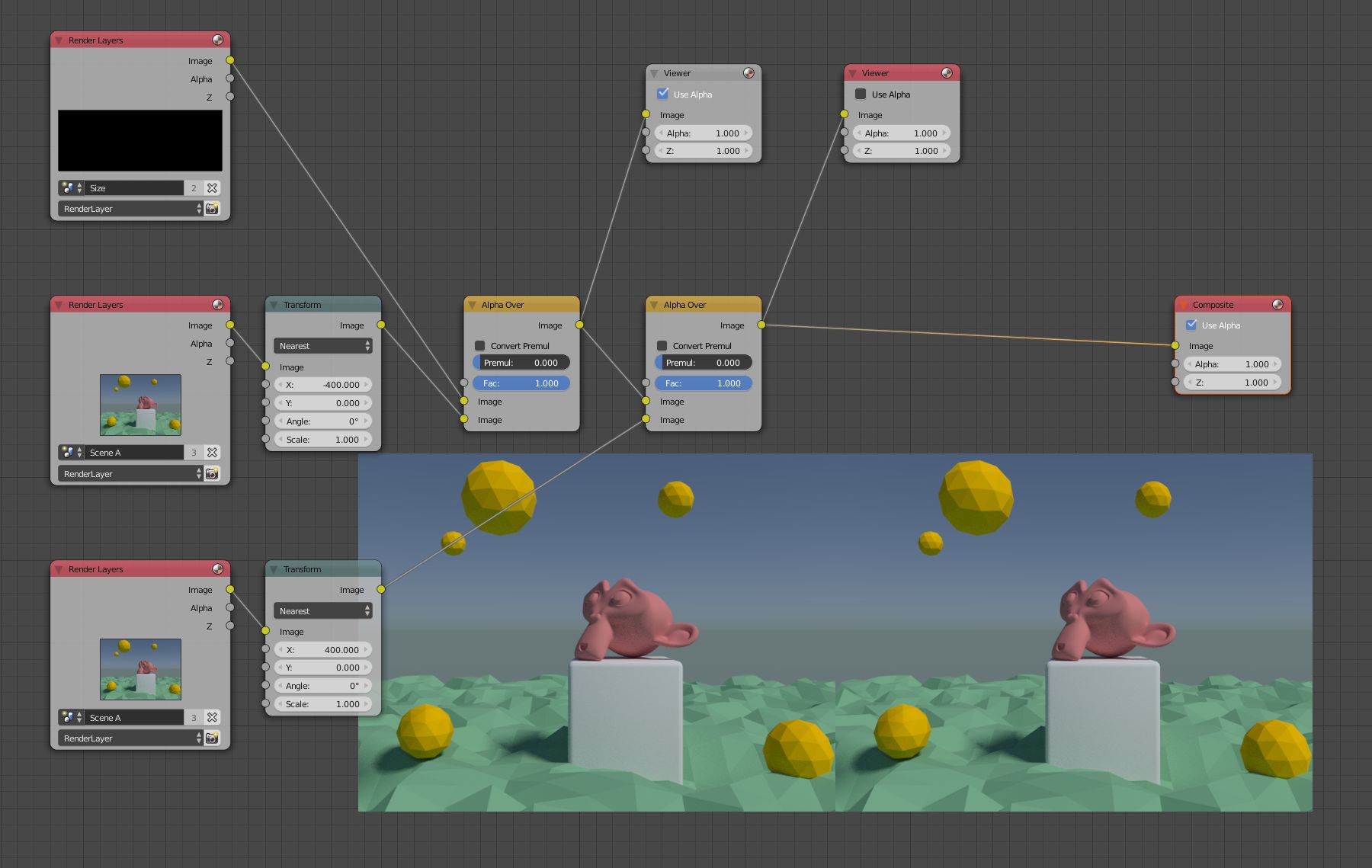 You must always render from scene Size from now on to obtain your stereoscopic images automatically, and you will probably have to update each scene's render manually from the little rendering buttons in the nodes themselves (instead of just pressing F12) to render from other scenes, otherwise Blender will probably render them in the incorrect size because it was never meant to render this way.

Not the answer you're looking for? Browse other questions tagged rendering stereoscopy or ask your own question.

20
How can I resize/move the “canvas” of an image in the compositor?
12
Different camera settings for different render layers?
3
Stereoscopic SBS is anaglyphic
3
creating more than 20 render layers and connect them to different scenes
0
How do I add together two a⨯a images to a single 2a⨯a image in the compositor?
1
Rendering objects only for left or right camera in 2.8
0
3D 360 VR Image seems off
0
Rendering extra 100px outside specified resolution and cropping down for final output?
1
How to render 2 scenes in the same animation

11
rendering 3D video/image for google cardboard
12
Any way to create a 360 stereoscopic video for playback in VR?
3
How do I use Blender's built-in stereoscopic features?
1
Changing stereoscopic render output to “SIDEBYSIDE” with python
0
How can I view my 3D rendered 360 pictures on gear VR?
1
How to combine Views of a Multi-View Camera in Composite
1
Rendering objects only for left or right camera in 2.8
1
Blender 2.90 Alpha - Stereoscopy, how do i render interlaced output?
2
Blender 2.91.2: Rendering looks pixelated in Blender's image view (rendering is not pixelated!)