Is it possible to make a “jiggle bone” respond to a shape key? Is there a better way to create “bounce” with shape keys?

I am testing animation techniques on a simple character. I have an armature with "jiggle bones" set up, and the "jiggle bones" are effective in creating a wobble in the plump parts of my character, but only when I am animating using the armature. Is it possible to allow shape keys to affect the jiggle bones? Or is there a way to get a similar jiggle effect with softbody/cloth physics? What is the best way to get a jigglebone-type effect while animating with shape keys?

When I have tried to use softbody physics, the result is always, so far, a "rippling sheet" effect, and what I want is a realistic "belly-laugh" jiggle.

Rippling sheet effect when animating the character with shape keys and softbody physics: 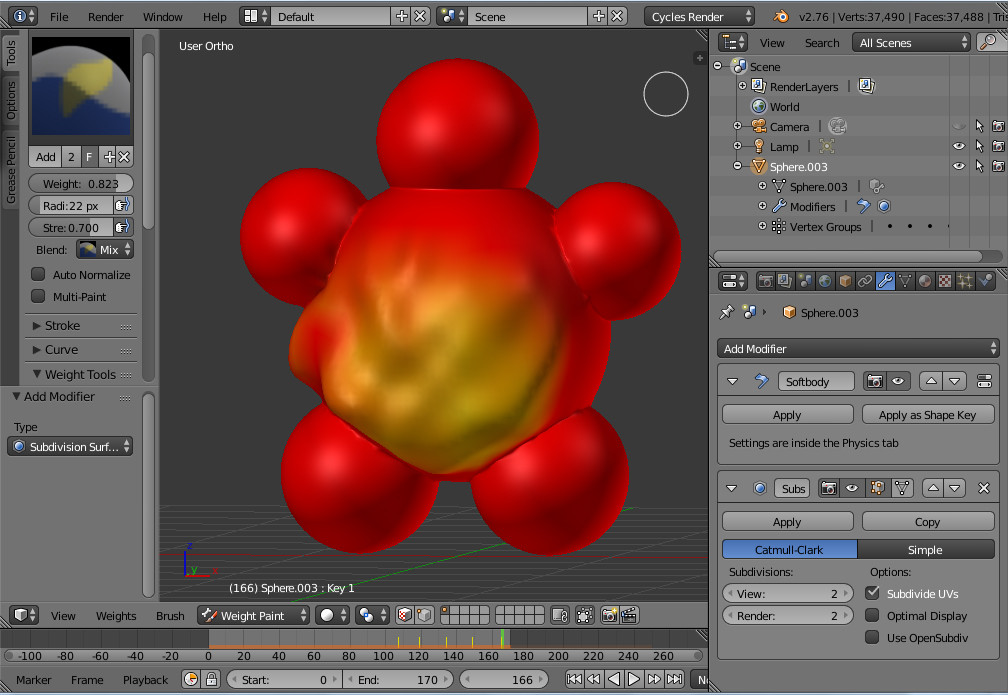 I also want the character to be able to fly through the air without becoming an empty pillowcase, but rather maintain a slight bounce. Even a steady, slight ripple would be ok. Here is the pillowcase effect that i cannot seem to escape: 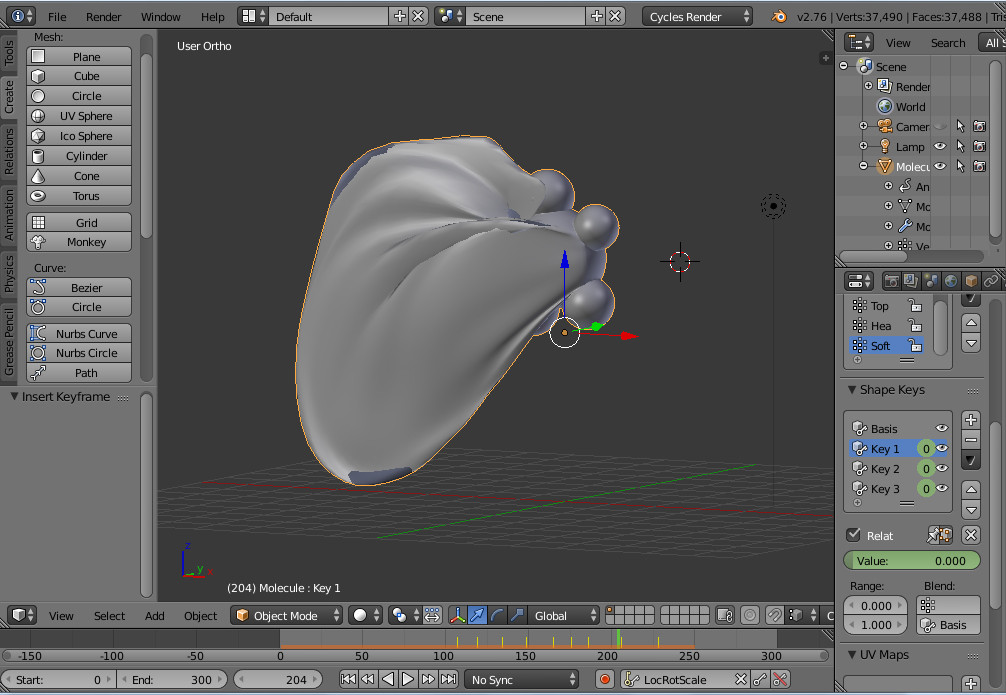 Thank you for any advice!

Browse other questions tagged animation rigging workflow or ask your own question.

1
Locking planes together and animating them separately with shape keys
2
Creating/saving a shape key from moving a bone (Rig)
1
How can I do extreme squash and stretch of a character animation?
0
How to create shape keys from posing armature?
0
Eyelids with Shape Keys