This looks like camera clipping, but that's adjusted, so is it something else?

The clipping field under Camera > Lens is high enough to not clip just about anything, but this image still looks exactly like it's been clipped. The N-panel > View Clip field is up just as high. What am I missing? 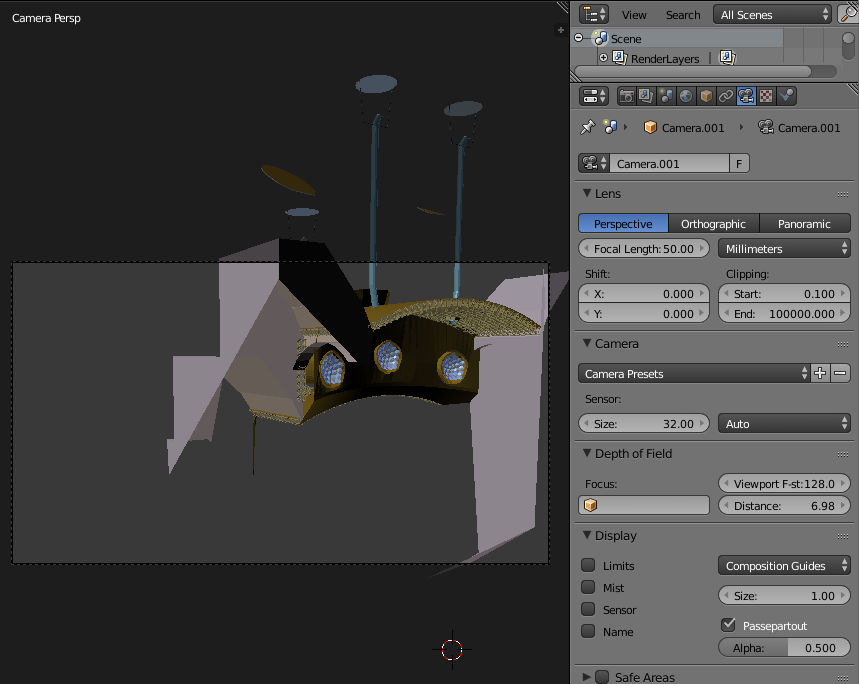 Edit: The issue disappeared when I moved the origin of a couple of objects that are pieces copied from much larger objects in another file. They had been a few hundred units away, and I moved them with Object > Transform > Origin to Geometry. However, the clipping distance was much larger than this. I'd saved after that fix, but was able to recover the session and save it for the purpose of uploading it for review, as Mentalist suggested. Cheers!

The issue is indeed with the camera clip point, but you are moving the settings for the wrong camera!

You have several cameras in your scene, but only one of them can be the active camera. In your particular scene the active one called "camera".

You are moving the clip setting for camera.001, which is not the active one...

Set the clip settings for the Active Camera and everything will be fine! 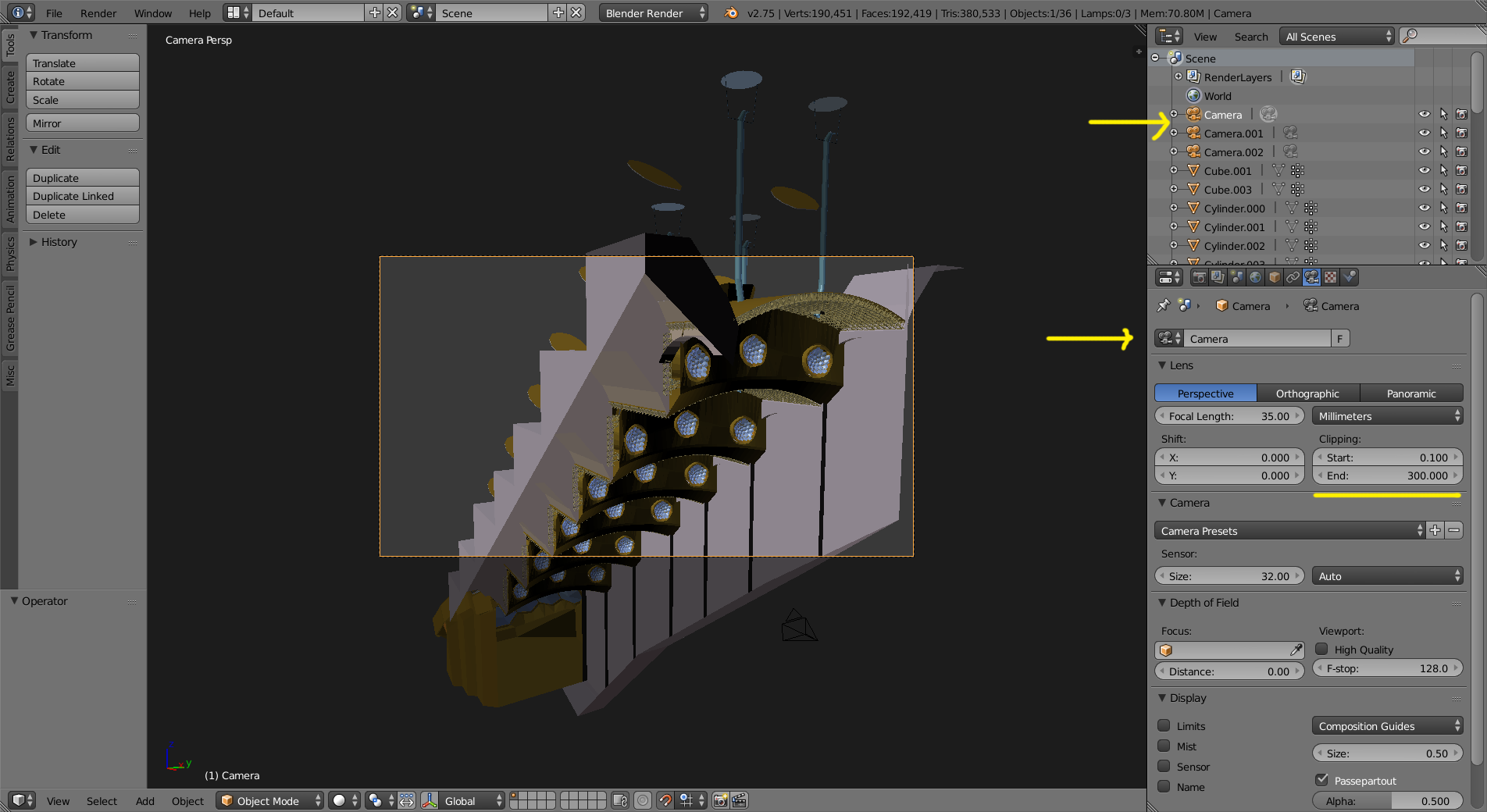 Not the answer you're looking for? Browse other questions tagged camera properties or ask your own question.

0
I can't see my trees through camera but I can see everything else
0
Object Disappears in Camera View Even After Clipping Distance Adjusted
2
Project Texture from Camera (like Window, but not from Viewport)