I'm a beginner Blender user, when I first started I had created a rigged and animated character that I had imported into Unity. I've since come back to tweak his run and idle animations to have him holding a rifle during those animations.

I've added a bone that I'll be attaching the weapon to in Unity, but I can't seem to update the previously saved actions that I created. 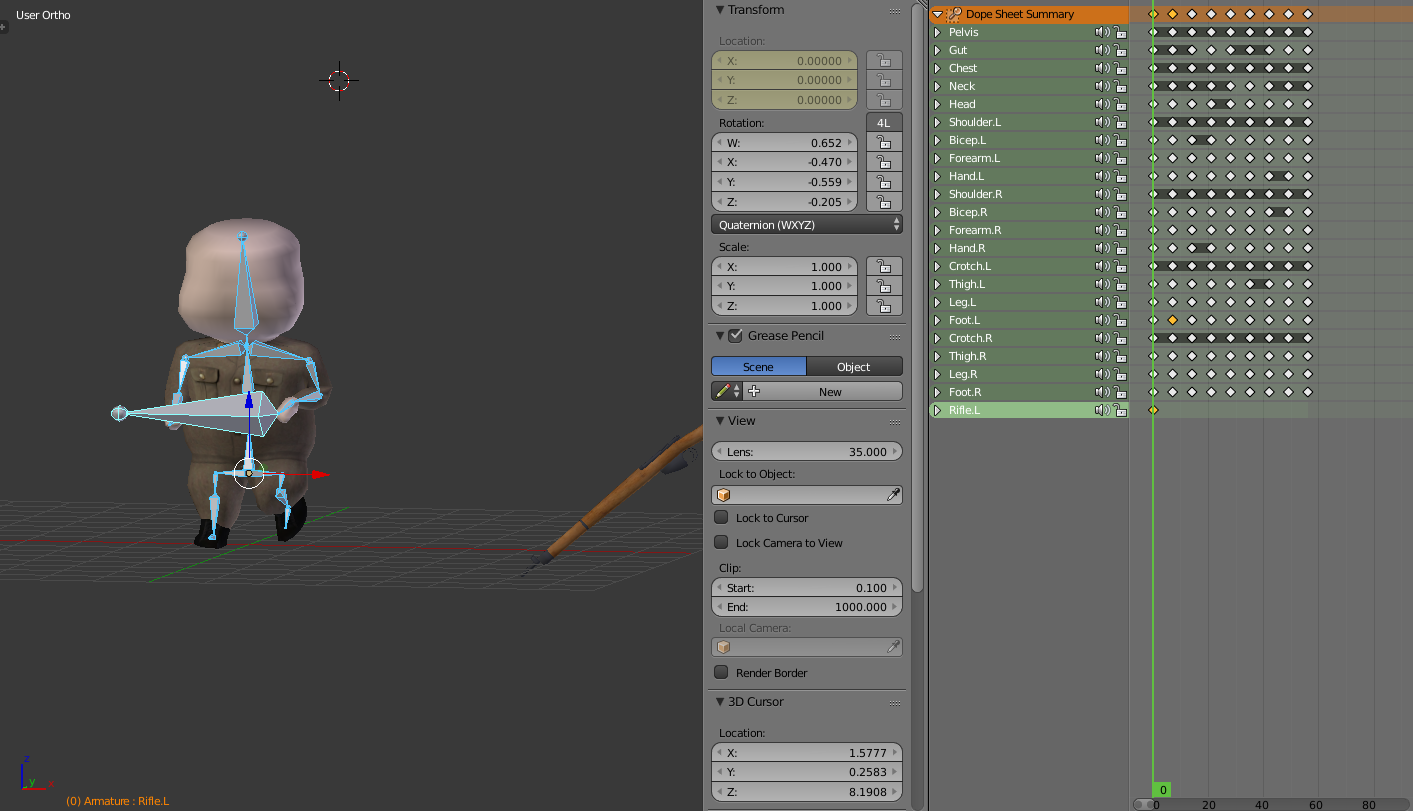 So essentially I want to keep his walk cycle and just move his arms as though he's holding a weapon. I've gone to my first keyframe, moved his arms and the rifle bone to where I want them, and pressed I to insert keyframe. When I move to another keyframe and come back, the work I did is gone (see below). 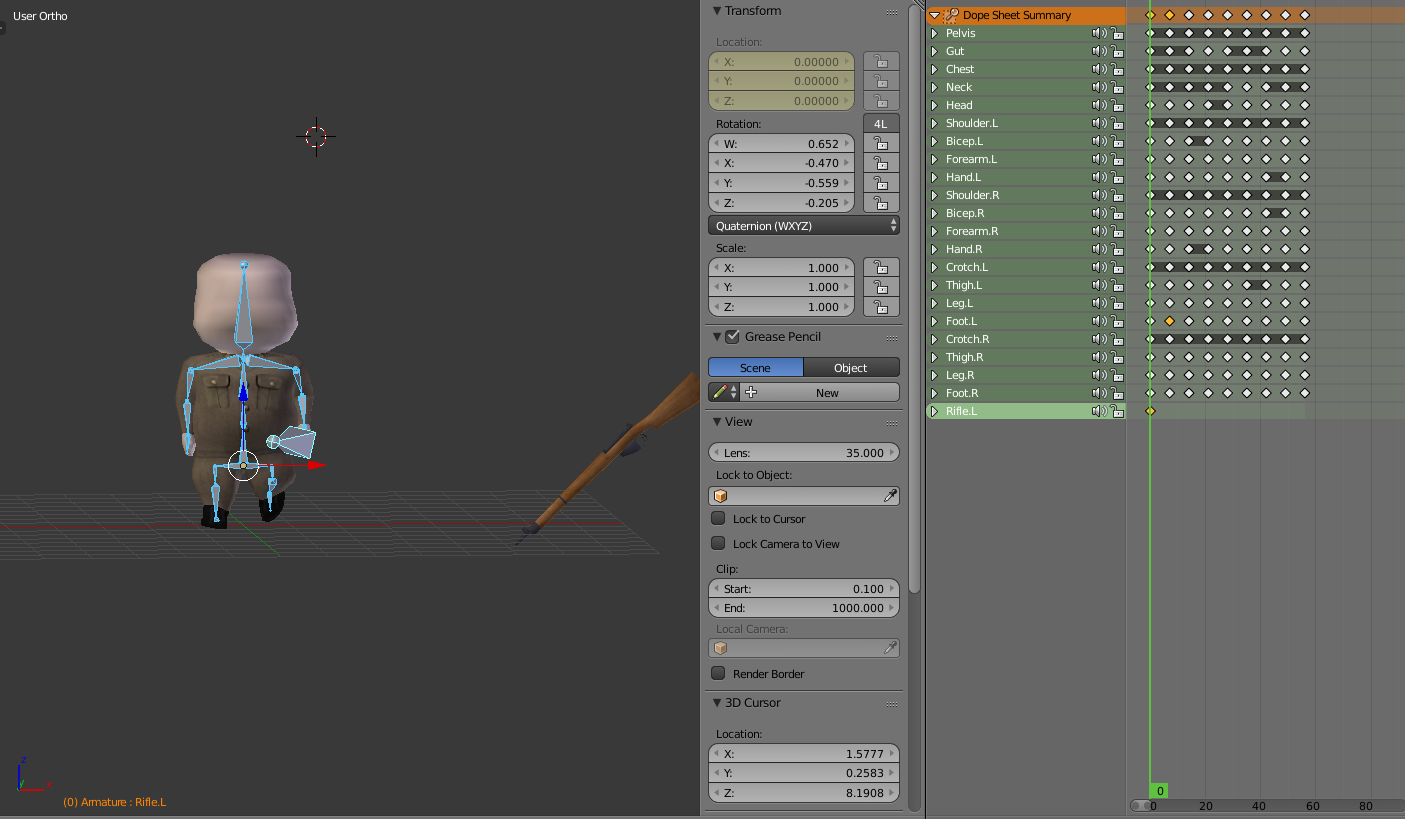 He's back to his old walk pose without holding anything. In the action editor I can now see the rifle bone has a keyframe but it doesn't appear to save the position. I've also tried "replace keyframe" in the transform menu on the right of my 3d view, but no luck either. How can I update a keyframe in this way? If I delete the keyframe he immediately goes back to his default pose.

So of course I find the answer a few minutes after I write up the question. I was selecting the entire armature, pressing I to insert keyframe and selecting "position". When I tried using "whole character" instead it worked as I'd hoped.

Not the answer you're looking for? Browse other questions tagged animation armature keyframes or ask your own question.