Why can I not subtract objects from each other?

I have created two objects. The second one was derived from the first one by selecting everything in edit modeAand then using Extrude Alt+E -> Region (Vertex Normals) with the value 1 to extrude it inwards. Then I separated this object with P. I then selected this new object, entered edit mode again, flipped normals with Ctrl+N -> check "Inside" and extruded the faces (Individual Faces) by -1.5.

Then I want to subtract this by picking a boolean modifier and selecting "subtract" - first I pick the extruded object, then in the modifier tab the old object.

It almost looks like it worked, however, the faces are still closed and there is no way to open them. Can anyone help me? 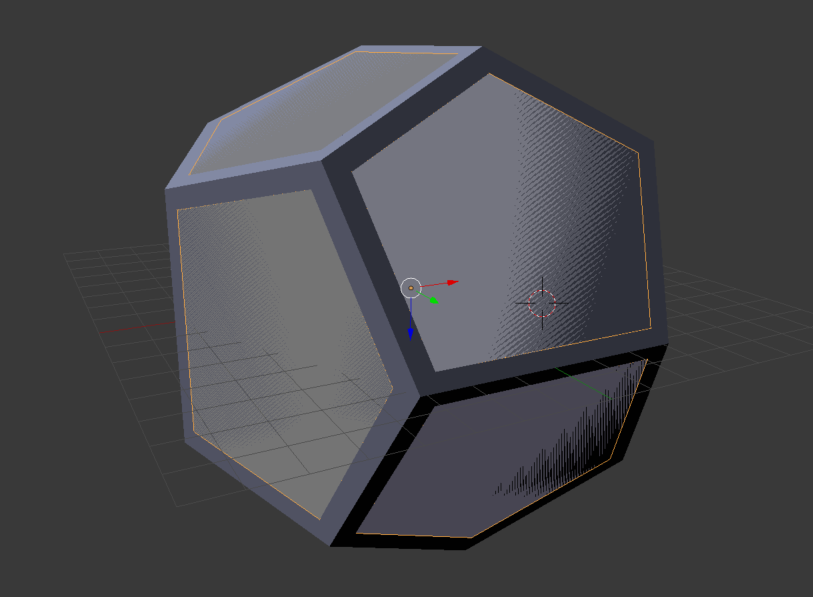 And one last question: some people upload some sort of gif or short video loops here. How and where can I do this?

Your problem is likely coinciding faces. Boolean operations do not work well on mesh objects with overlapping, co-planar or almost parallel faces.

My advice is to make it so that the "wireframe object" is slightly bigger than the "solid one", making it protrude a little to the outside, while maintaining whatever precise measurement is indented, so that the outer faces are not exactly overlapping the larger ones.

Optionally go to the Properties Window > Object > Display > Maximum Draw Type and change it from Textured to Wire for the "edges object" you are trying to subtract, so that you can more clearly see the finished operation in the viewport.

There are a number of things that might be wrong, but it's hard to tell from here ;-)

The first thing I'd recommend is move the objects to separate layers. The modifier will still work, but you'll get just the result on one layer, instead of having the result WITH the original objects. This can help you see what's really going on.

The second thing to do is Apply the modifier. This will make the result of the boolean subtraction "real" so that you can go into edit mode and delete faces, move vertices, etc.

It's likely that the boolean modifier assumed that it should close some faces that you didn't want it to close. The other thing that might have happened is that you have coincident faces (faces right on top of each other). Keep in mind that what you're subtracting needs to BEYOND the edges of what you're subtracting FROM. Don't try to subtract right up to a face, just go overboard to make sure it gets cut all the way through.

Applying the modifier will give you a chance to change whatever went wrong.

I have the funny solution.

First, the hint to use different layers was great. Second, while trying to record a gif I accidentally first added the object to subtract before selecting the modifyer and got the desired result - by using boolean "join". I still don't understand it, but I'm happy with the result.

It seems like in my install the boolean operators are swapped?

1
Why does the difference modifier not work on objects with many vertices, but will on a subset of those vertices?
3
Why are modifiers not applied to child objects?
1
What is happening here? Boolean modifier works *almost*
2
extrude, intersect, slice complex shapes?
4
Boolean does not work in Blender 2.8 beta
2
How to reverse normals of thick box