How do I export multiple separate objects in an obj file? [duplicate]

I just made a simple test model in Blender but when I export it (as .obj) all the objects are bunched together. How do I make it so the shapes are separate manipulate-able pieces? 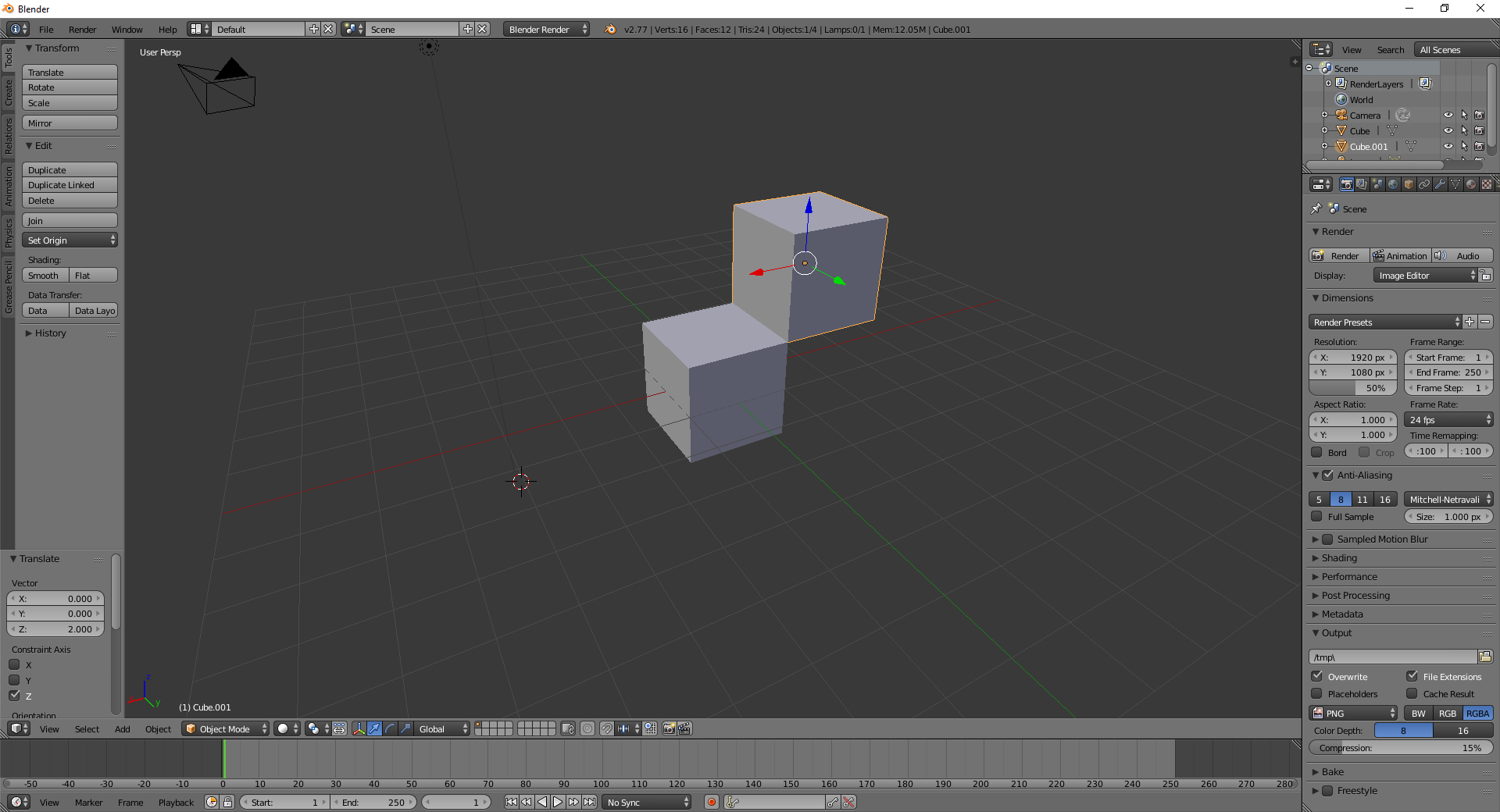 And if it helps here is the model in text format...

Also if it matters to anyone I'm using this model in Unity.

objects export
share|improve this question
edited May 2 '16 at 3:15

The lines that follow show that your two cubes are contained as two separate objects:

If the point of failure is how they behave upon import into Unity, it may be better to phrase the question for that community.

Also, exports to FBX are supported in Blender: http://docs.unity3d.com/Manual/HOWTO-ImportObjectBlender.html

In any case, there's no way to further separate the object coordinates in obj format than they are already, other than exporting each cube to it's own file.

Are you perhaps asking "How do I independently manipulate two objects from a single obj file in Unity?"?

Not the answer you're looking for? Browse other questions tagged objects export or ask your own question.

1
I finished a blender project, how do I export it with all the features?
0
What are the Images in the UV editor for and how to prevent them affecting OBJ export?
0
Attempting to export as a .OBJ with .mtl, but the resultant .mtl file lacks an actual map