Centre every object in relation to each other

For something so simple there are surprisingly little Google results, likely because I'm a noob and everyone already knows how to do this.

I have imported a Collada DAE 1.4 file, that I made in another 3D modeling tool, into Blender. In Blender, the model is shown very large, and it isn't centered at the origin. I want to start by moving the model to the centre of Blender's grid.

However, the model file contains multiple objects, and I'd like to keep it that way. I knew to centre an object, you can go Object>Geometry to Origin. The problem is that every selected object gets moved to the centre of the grid with total disregard for every other object around it. 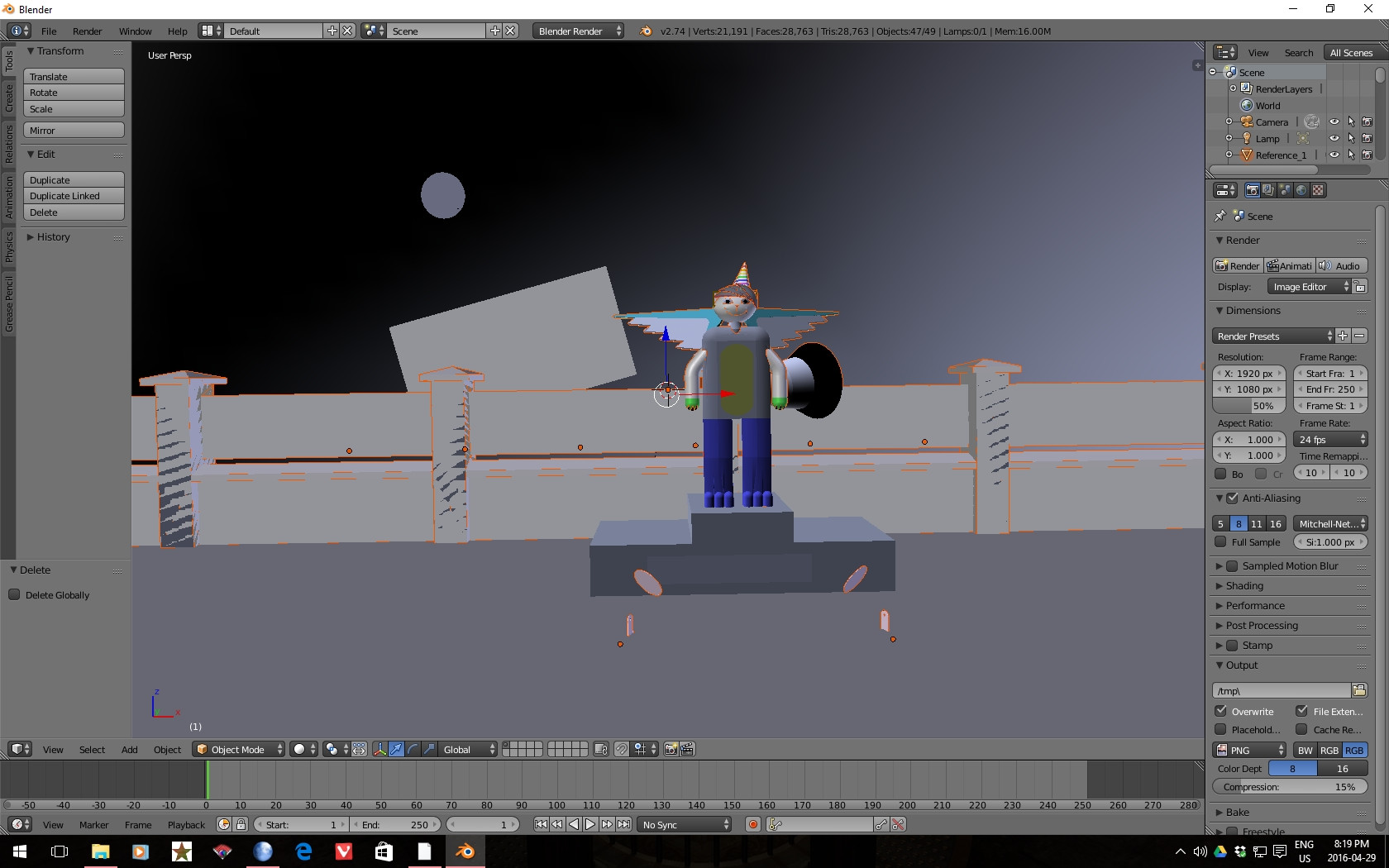 I am aware there is some z-fighting going on, but I will fix that after my model is centered and scaled. Here's the model as it should appear. The 3D cursor is way off in the background behind the skydome, in its original position at the centre of Blender's grid, and I want the centre of this model to be there.

Here is how it looks when I select every object and do Object>Geometry To Origin. 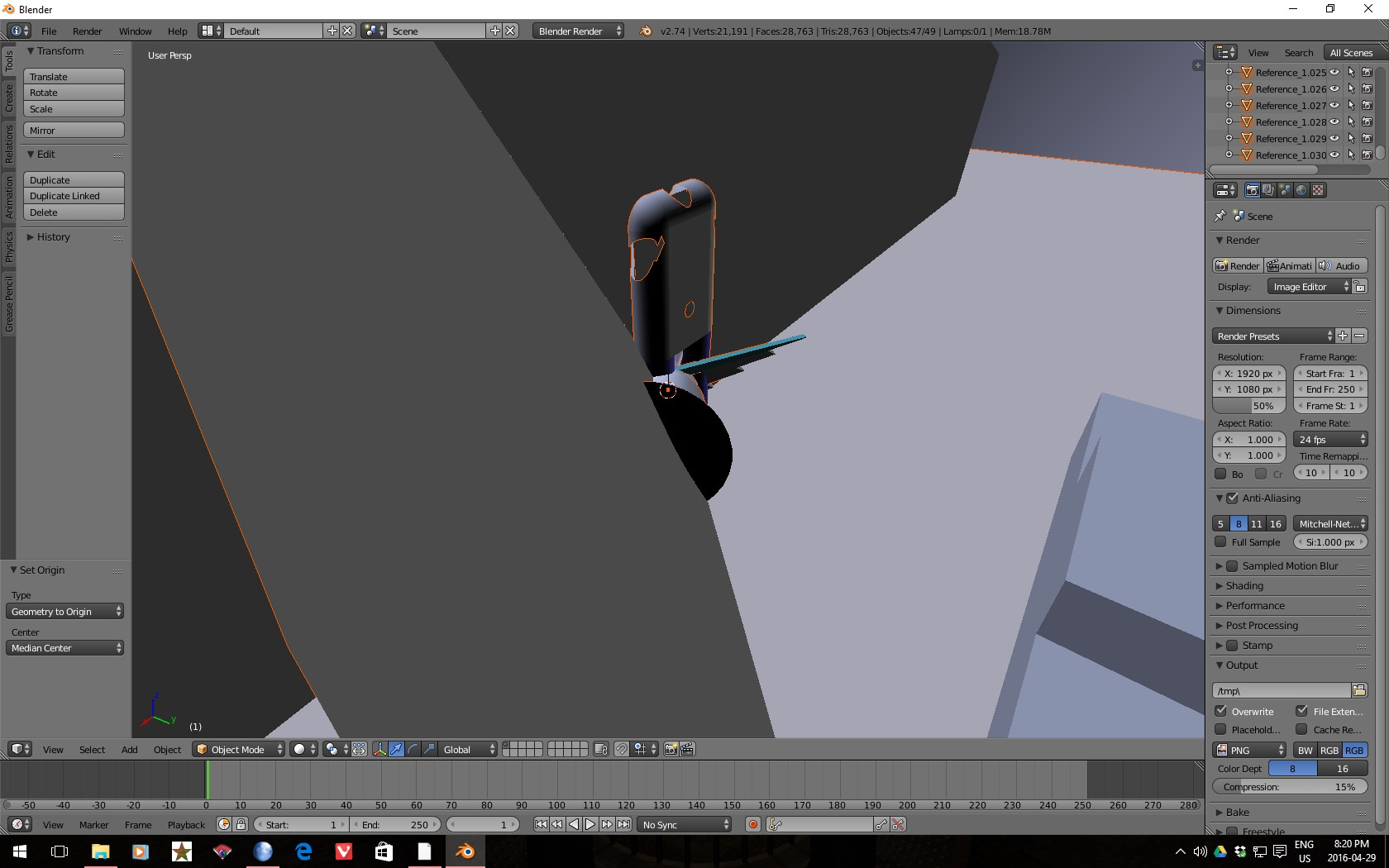 Yes, everything is centered, but no longer is the model laid out the same way as before. Instead, every single object is now at the centre, instead of there being a sort of "bounding box" put around everything and centering the bounding box instead of each individual object. The wings, which were in its own object, are at the centre, and the tail, which was its own object as well, is now also in the centre - rather than remaining attached and being treated as if one object.

I could just combine every object using Ctrl+J. But I'd like to centre everything while keeping the objects separate.

Either select all objects, center the cursor with Shift + C and then use Shift + S > Selection to Cursor (offset); or if that doesn't work:

Either With Alt + G or with Shif + S > Object to origin or by manually entering or clearing coordinates.

You can then release the parenting if you no longer need it afterwards.

Edit: Have in mind that this may break any meaningful relationships you might previously have between your objects

Another way of going it is by first selecting the object with a right click then press "G" then press down on your scroll wheel and move the mouse in the direction you want it, release the scroll wheel, move the object and left click to confirm.

0
I cannot find my imported OBJ

6
Rotating around two z axes
3
Changing object location in local coordinates don't work
0
All object transforms are at 0, 0, 0
0
cannot see object from 3ds import; does not appear to be scaling or translation issue
1
How to calculate bounds of all selected objects BUT follow the Active Object's Rotation at the same time?