Get usual right side toolbar in UV Editing mode

For some reason, although everything is fine in the Default view, I can only ever get the Properties (hotkey N) toolbar to appear on the right-hand side of my 3D view (the right screen) in UV Editing mode. I can't for the life of me figure out how to get the usual 3D view right-hand side toolbar to appear there, like it normally is when im in 3D view in the Default setup. Screenshot attached (Properties toolbar on the far right side closed; that's where I want to be able to e.g. select objects, bake, etc.). Also, what is the name of this toolbar I'm trying to get to appear? Not knowing the name has made it harder to search for :) 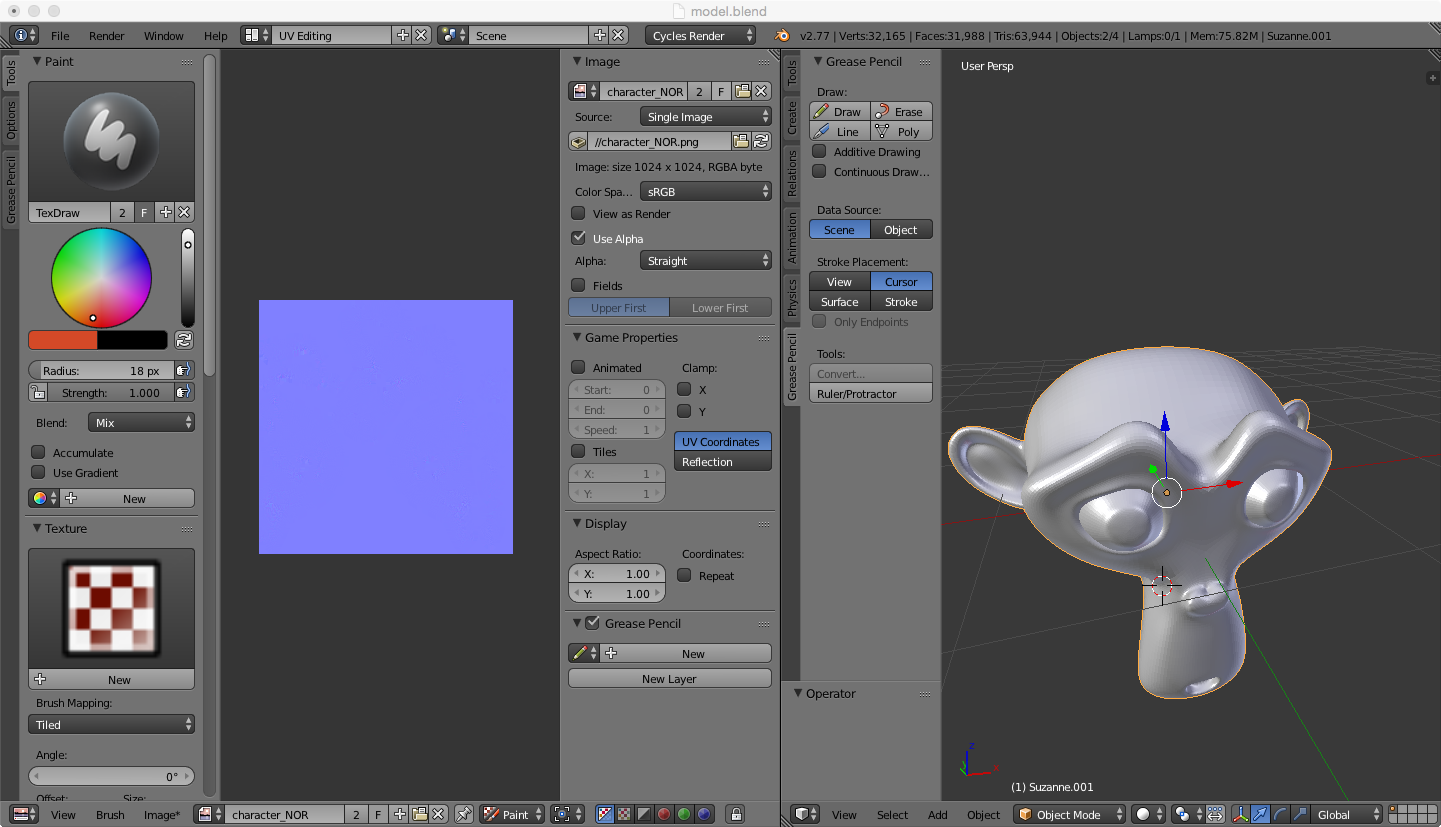 First to clarify the names used for each part of the window layout which is explained in the introduction page of blender's manual, each window contains one or more areas.

All of the areas combined are saved as a screen layout. Several default layouts are included with blender and you can create as many layouts as you want and easily switch between each one to make various tasks easier. 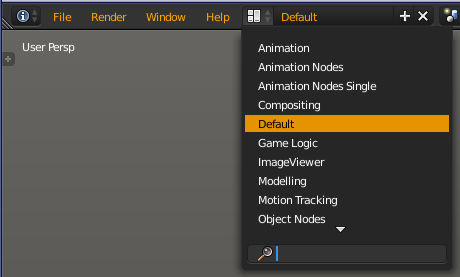 Each area in a screen layout contains an editor such as the 3DView, Properties Editor, UV/Image Editor, Graph Editor, Outliner ... This leads to editor being a better term to use than area for most users, area is a term used when using python so may be used if you are asking certain python questions. 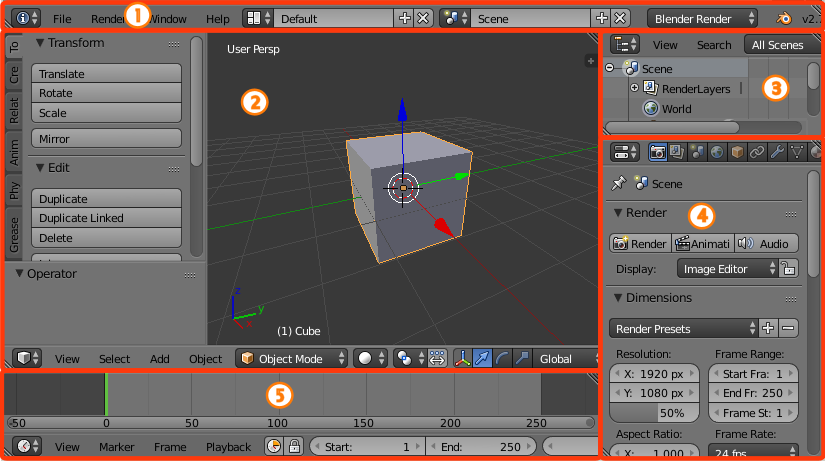 Each editor has a header (which is often attached to the bottom of the editor) which contains the menus and several widgets specific to the editor, the menu on the left is used to change the editor type. Many editors also have one or two regions available that are attached to the left or right side, these are attached to the side of the editor not the entire blender window. The region on the left is normally the Toolshelf Region (T or ⎈ CtrlT in the text editor) and the one on the right is normally the Properties Region (N). With the mouse over either region or header, you can press F5 to flip it to the opposite side. You will also find a small + on the edge of the editor's area that can be used to view each of these regions when they are hidden.

The toolbar and properties regions, as well as the properties editor, then contains one or more panels that have a disclosure triangle to show/hide the contents. The toolbar region also has tabs to further group the panels.

The part you are thinking of as a properties toolbar is most likely the properties editor (4 above) and can be added to any layout by splitting an area and changing one area to properties, you may also want to split that new area and change one to be the outliner (3 above).

Instead of altering your layout you can also switch to a layout that has the properties and outliner. You can use ⎈ Ctrl← Left arrow/→ Right arrow to cycle through the screen layouts. 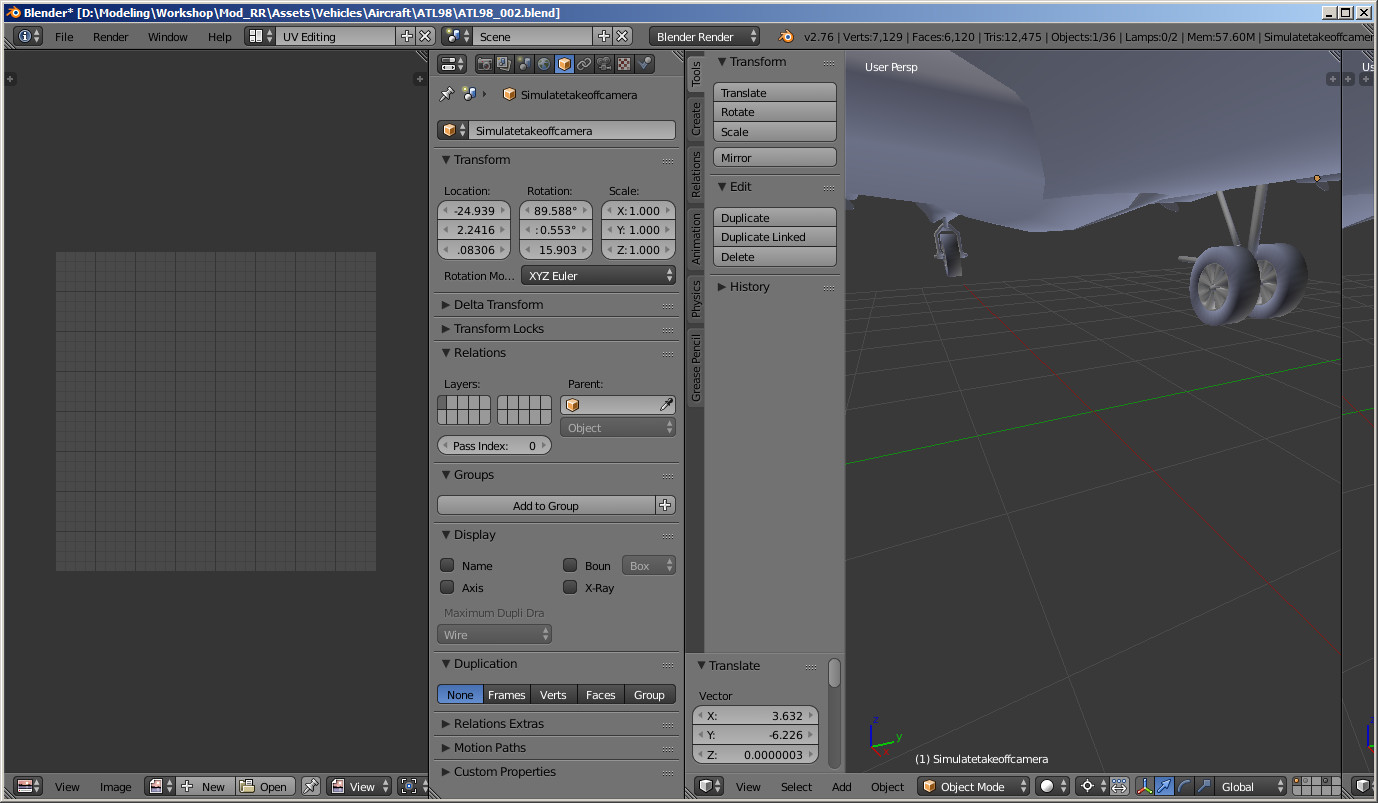 Not the answer you're looking for? Browse other questions tagged uv editing or ask your own question.

28
How to change Blender's default startup settings?
14
Is it possible to use the startup.blend UI layout in older files?
2
How to recover the 3D view?
1
With upgrade to 2.78a menu bar for 3d View window is at the top

1
Why is proportional editing only effecting one side of my mesh?
1
How can I get the “strip input” toolbar in the Movie Clip Editor?
2
In the UV Editing mode, how do i rotate the camera on the left side of the split screen?