This is a follow-on question as suggested by a commenter. What I'd like to do is to create a geometry with the following properties:

A cube with several spherical indentations carved out on top. 16 indentations are half-spheres. The 17th indentation has the shape of four half-cylinders that form a ring (with slightly rounded corners corresponding to the radius of the cylinders).

My plan of attack is as follows: 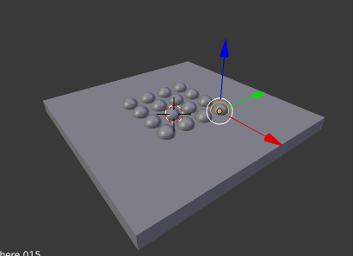 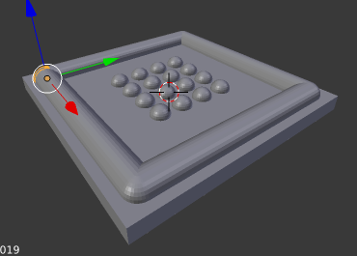 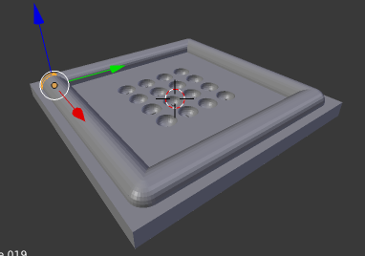 And even step 6 for the 1st cylinder: 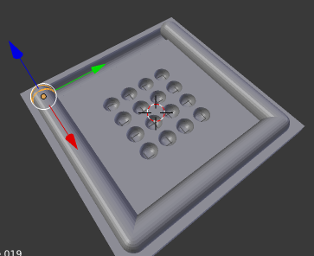 However when I try to subtract the 2nd cylinder the visual result is unexpected and the error message appears: 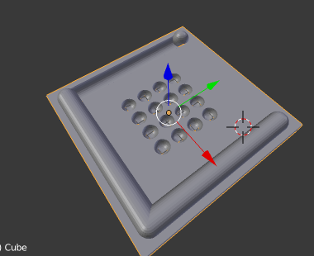 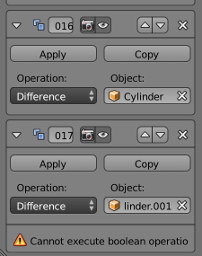 What is going on here and how can I obtain the desired geometry?

Could the problem be caused by the fact that the two cylinders I wish to subtract from the cube are themselves overlapping? (The Blender documentation mentions "concurrent Boolean operations for the same modified mesh, which in most cases is impossible to execute depending on the chosen target" but does not elaborate further.)

UPDATE Here's the (still expected) result when joining the 4 cylinders and last 4 spheres before subtracting the from the cube (see @Polosson's comment): 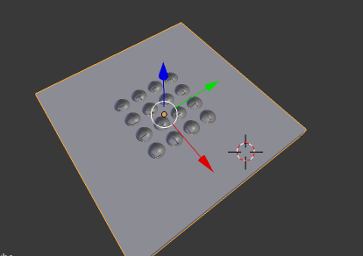 Cases where boolean operations can fail:

Some things you can try:

Add supporting geometry. The boolean operation creates a lot of tris, so this might make subsequent operations difficult.

The spheres boolean causes this mess of tris where the cylinders will go: 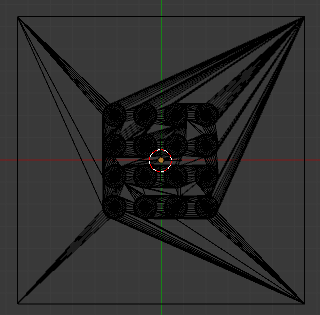 However, if you add some loop cuts around the spheres: 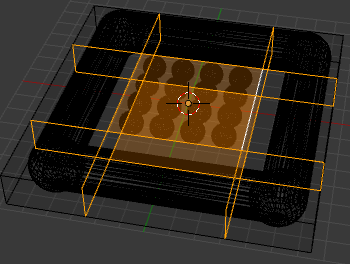 The tris are contained in the center, keeping the topology clean where the cylinders intersect: 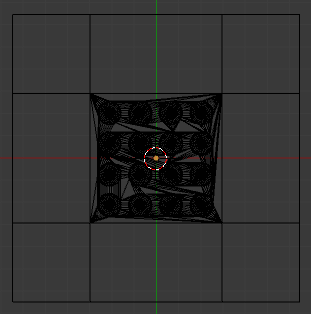 You can get the result with conventional modeling too:

You can then use this for the boolean operations: 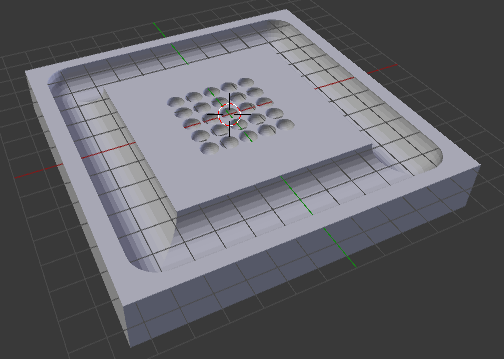 (work around, and probably obvious) - often if you perform the same modifications in a different order that results in the same final object you can avoid the dreaded "cannot boolean"

Well, purists say that we have to model everything, but boolean operations are far easier. Simple suggestion: export the mesh into .stl. Open with meshmixer (free app from autodesk). 1 - try edit - separate shells. Delete all shells that are not visible. 2 - export to stl. It should work now in blender.

if there are no separate shells: use edit - make solid. Try using accurate or sharp edges and move the triangle and face counts to the middle. look at the shape to see if the details are all there and re-export to stl. It shall work now with boolean operations in blender.

0
“Cannot Execute Boolean Operation” on a subdivided mesh
29
How to deselect using box select?
5
Using difference modifier on two objects doesn't always work
8
Blender Boolean modifier: Difference behaves like union
5
Cell Fracture addon leaving unfractured boxes?
7
How to deal with Cannot Execute Boolean
3
Scale a face to always fit the same point in global space in an array modifier
6
How can i bake an animated and extruded curve to a mesh animation?
4
Why does attached Python script produce error “Cannot execute boolean operation”?
1
Is there a way to unwrap a mesh without scaling the UVs to match the aspect ratio of the texture?
See more linked questions